KIEV, Ukraine — The hacker, known only by his online alias “Profexer,” kept a low profile. He wrote computer code alone in an apartment and quietly sold his handiwork on the anonymous portion of the internet known as the Dark Web. Last winter, he suddenly went dark entirely.

Profexer’s posts, already accessible only to a small band of fellow hackers and cybercriminals looking for software tips, blinked out in January — just days after American intelligence agencies publicly identified a program he had written as one tool used in the hacking of the Democratic National Committee.

But while Profexer’s online persona vanished, a flesh-and-blood person has emerged: a fearful man who the Ukrainian police said turned himself in early this year, and has now become a witness for the F.B.I.

“I don’t know what will happen,” he wrote in one of his last messages posted on a restricted-access website before going to the police. “It won’t be pleasant. But I’m still alive.”

You may want to keep an eye on this guy. He’s considered the first known LIVING witness to emerge, which is odd since Guccifer (see my last thread), just recently reached out to Fox News from a Romanian prison and made some pretty damning remarks. The Ukrainian police are not releasing the man’s name and he is currently not under arrest, due to the creation, but not usage of his malware.

This part is interesting:

There is no evidence that Profexer worked, at least knowingly, for Russia’s intelligence services, but his malware apparently did.

That a hacking operation that Washington is convinced was orchestrated by Moscow would obtain malware from a source in Ukraine — perhaps the Kremlin’s most bitter enemy — sheds considerable light on the Russian security services’ modus operandi in what Western intelligence agencies say is their clandestine cyberwar against the United States and Europe.

It does not suggest a compact team of government employees who write all their own code and carry out attacks during office hours in Moscow or St. Petersburg, but rather a far looser enterprise that draws on talent and hacking tools wherever they can be found.


At this stage, I’m not sure what to believe. I don’t trust the government, I don’t trust foreign or domestic hackers and I can’t simply rely on my judgment alone. When confronted with so many opinions, facts, assertions and omissions through known propaganda outlets, I have to pause and hope that others can step in and offer their insight.

He had made it available to download, free, from a website that asked only for donations, ranging from $3 to $250. The real money was made by selling customized versions and by guiding his hacker clients in its effective use. It remains unclear how extensively he interacted with the Russian hacking team.

After the Department of Homeland Security identified his creation, he quickly shut down his website and posted on a closed forum for hackers, called Exploit, that “I’m not interested in excessive attention to me personally.”


I keep thinking about WikiLeaks and the very coincidental releases of Vault 7. It’s proven that the US government (among others), are fully capable of labeling any cyber attack or intrusion as another country, namely Russia in this case. If I wasn’t at work, I’d make a proper thread, but at least it’s spin-free. There’s a lot of info contained in the article so, check it out and help us make sense of it all.

Fancy Bear remains extraordinarily elusive, however. To throw investigators off its scent, the group has undergone various makeovers, restocking its arsenal of malware and sometimes hiding under different guises. One of its alter egos, cyberexperts believe, is Cyber Berkut, an outfit supposedly set up in Ukraine by supporters of the country’s pro-Russian president, Viktor F. Yanukovych, who was ousted in 2014.

After lying dormant for many months, Cyber Berkut jumped back into action this summer just as multiple investigations in Washington into whether the Trump campaign colluded with Moscow shifted into high gear. Cyber Berkut released stolen emails that it and Russian state news media said had exposed the real story: Hillary Clinton had colluded with Ukraine.

posted on Aug, 16 2017 @ 01:10 PM
link
Misdirection. We know from the metadata that it wasn't any kind of hack; someone with access to the computer downloaded the files and leaked them later.

Besides, if his software was available for free, then anybody could have downloaded it. And we know the CIA has the tools to frame other countries.

A group of ex NSA experts who examined forensic evidence, are certain that the information was leaked, and has written open public letters to the whitehouse admitting such and is able to point out evidence in said statement. Oddly enough, the committee in charge of investigating the Russian hacking allegations has yet to even acknowledge the forensic evidence, let alone investigate it, relying primarily on documents and reports. This alone to me, sets up red flags when a body flat out denies evidence presented to them.

Now, a short while after these revelations were made, we have a random person coming out of the woodwork, and stating that it was of course a hack, with almost zero evidence other than "believe me, I'm right" and you know as well as I do that the news outlets will pick this up and run full steam ahead with it.

Someone within the Dems leaked Podestas emails... eos

Yeah, and if you step back and look at the big picture for a moment, the "Russian hack" narrative quickly becomes a ludicrous farce. To wit: A bunch of DNC e-mails are leaked which show that Democratic leaders conspired to make sure Bernie Sanders didn't get the nomination. You think perhaps the person responsible may have been a Sanders supporter?

My money is on Avdeyko.

They were involved with CoolWebSearch and I believe Vundo as well. Also known as the Koobface Gang, they were traced by malware removal enthusiasts about 10 years ago by following the trails of botnets, to Ukraine.

Further reading... The gang that hijacked your computer

edit on 16th August 2017 by VigiliaProcuratio because:

Yeah, and if you step back and look at the big picture for a moment, the "Russian hack" narrative quickly becomes a ludicrous farce. To wit: A bunch of DNC e-mails are leaked which show that Democratic leaders conspired to make sure Bernie Sanders didn't get the nomination. You think perhaps the person responsible may have been a Sanders supporter?

Putin did it, no wait it was lil Kim, nono it was Assad.

They all must go! 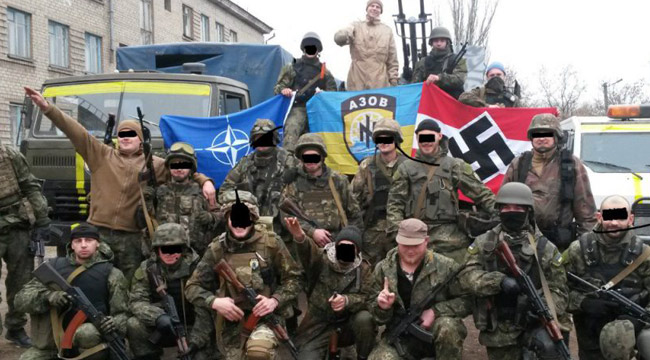 originally posted by: Ohanka
Gonna trust anything coming from a country run by people like this?

Putin is mixed up with white supremacists too.. It's a story that is widely supressed by RT because it doesn't fit in with the Ukranian narrative. That entire region is awash in these types.. 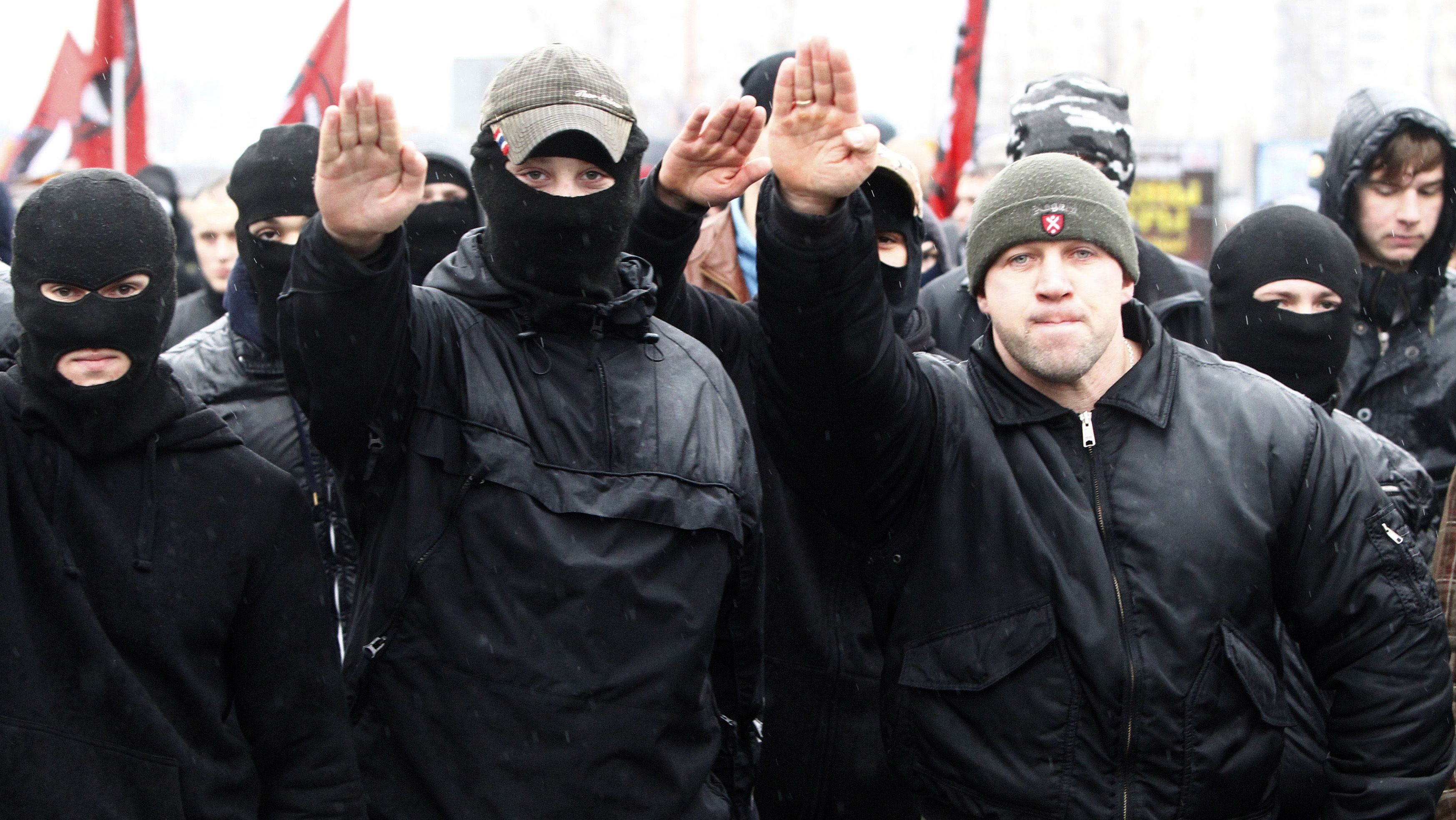 Russian Ultra Nationalists
edit on 8/16/2017 by clay2 baraka because: (no reason given)

posted on Mar, 10 2018 @ 09:59 AM
link
Apparently the EU has nothing to worry. They have everything under control in Ukraine! There will be no gas issues!
The last famous words ...

posted on Oct, 11 2018 @ 06:55 AM
link
Can someone explain how come that Ukraine (one of the most technologically advanced countries from soviet times) now needs NATO, to allegedly dismantle S-300 missiles to understand how they work ?

They should be able to understand it themselves and then deliver the info to NATO if that's what they wanted, if they didn't do it already. The only issue is that, the S-300 versions that might be available in the Ukrainian armed forces cannot be newer than Cold War era leftovers from 1991 or earlier. Which means probably stuff that NATO already knows from dismantling them in Georgia or in some other place.