posted on Jul, 14 2017 @ 08:29 AM
link
Does anyone have more information on the Artifacts of Ojuelos de Jalisco.
The Mexican government seems to have written them off as tourist trinkets.
But it seem that people have invested alot of time in the set up if that is true.

Can anyone point me to a prior discussion on ATS if available? 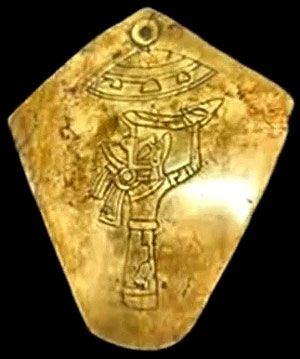 Or just create your own...there is plenty of info out there fact and fiction.

Now, before you get suspicious about "skeptics debunking everything" let me say why this is so:
* they're supposed to be Aztec but they don't actually get any of the clothing, poses, features, or details right. It's like being shown a picture of a television and someone telling you that this is an oven.
* they're on the wrong material. If an Aztec was going to record something quickly, they would have done so on paper (ala the Codexes) or paint on pottery.
* Something like a UFO showing up and a ruler offering something to it would have been on a huge stone monument with writing indicating what was happening.
* they did not make art on small stones (their tech was not THAT good) though they used smaller polished gemstones to make things like jade masks. They also used shells...but this isn't shell.
* they're badly shaped (Aztec material is usually far more symmetrical.)
* the lines are crudely done. While this is not a complete indication of fakery (there's some really badly done GENUINE artifacts out there, the lack of care involved here is another indication that it's modern.

Is there any place that has the original 70's era artifacts displayed?

posted on Jul, 14 2017 @ 12:16 PM
link
i have nothing to add except the fact that in the 1990's the mexican city of jalisco produced some very good ufo photos, again google is your friend

originally posted by: ChrisM101
a reply to: Byrd