Hello Fellow ATS users worlwide.....If you could live anywhere where would it be?

originally posted by: GuidedKill
So there was thread here started a few days ago asking what people thought about a certain country and asked people all over the ATS to chime in...


So I have another question kind of on the same premise but asked a different way...

If you could chose another country besides the one you currently live in to move to, what county would it be??
Basically if you can live any where other than where you live where would it be and why....


I'll start, I live in America but would love to live in Chile or even New Zealand....Purely for the untouched vast stretches of wilderness...

originally posted by: veracity
a reply to: starwarsisreal

I really cant complain too much now.

You've just given me a whole new perspective of you and yes, I have found there is a distinct difference between New Orleans folks versus folks that live a few hours drive from New Orleans (ie: folks from around the Port Fourchon area that have lived there all their lives).

Next-level hospitality, generous, respectful, fun, genuine folks - great to be around. I have lots of friends down around that way mainly due to our mutual affiliation with the Oil /Gas industry and it being the major Rig-tender jump-point to the gulf.

Laurel canyon is my go to spot

I think you are just thinking about me with a southern accent and big [edit].

I grew up in a very conservative town right outside a big city. I can look back and see why I struggled with depression so much. Not bc I was surrounded by conservatives...but it just wasnt me.

I haphazardly moved to an extremely liberal city just east of a big city and thrived...found myself. Looking back on my life in both of these places, even tho i was not political at the time, politics had alot to do with shaping the areas where I lived.

Im not saying one is better than the other, but one was definitely better for me.

Of course after "finding myself" I could live anywhere and be happy but I wanted a good surrounding city for my child.

I really wish I didnt live in a country where politics was so divided. The concept of red and blue states annoys me (probably bc i am liberal in a red state). But I will have to do the best I can. I want my child to grow up with the least judgments possible and I want her to be herself and be proud of it. It seems hard to do in the deep red bible belt of the south where if you dont go to church then you are satan and if you have a child out of wedlock you are shamed. so backwards to me.

I feel like other countries are more friendly when it comes to politics, closer together on issues than further apart. And I really believe it has to do with our 2 party system. Other countries have up to 6 active running parties.

its a shame we really only have 2
edit on 11-7-2017 by veracity because: spelling and edits

No doubt about it, Almaty, Kazakhstan! Most people don't know much about Almaty, but its the gateway to Kazachstan's version of the Swiss Alps and Alpine like resorts. And what most don't know is that Almaty is home to thousands of retired Russia military..........and their daughters! I know because I worked with one at my office. She was drop dead gorgeous and VERY friendly. Showed me pictures of her friends and they were all equally drop dead gorgeous. Beautiful place and inexpensive to live there! Hunting, fishing, skiing, and beautiful company!

What more could you ask for?

Somewhere far away from most other people and the their influence to alter how I want to live. 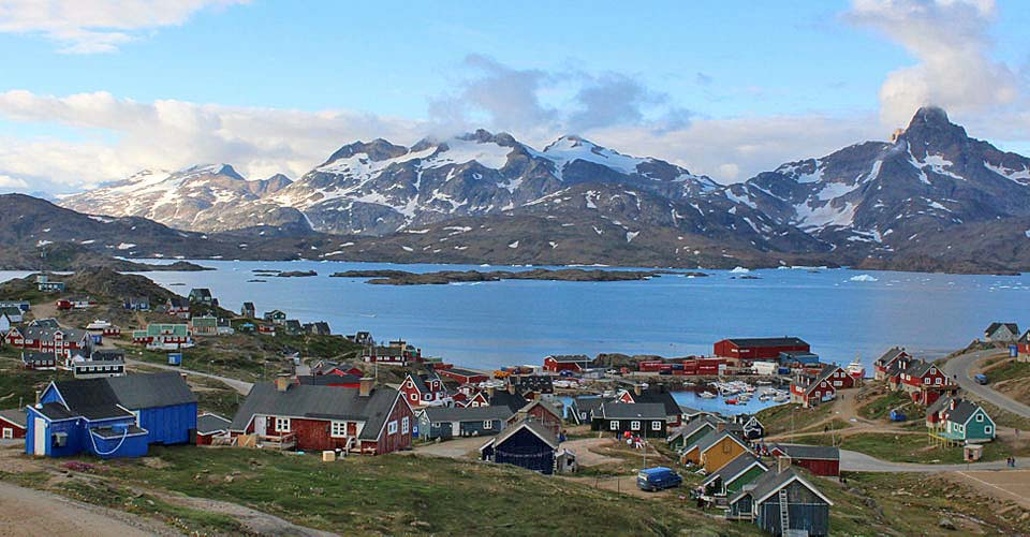 I would love to live in Greenland in a place like this. Tasiilaq, Greenland. Life would be harder, sure, but so much more simple.
edit on pm77201717America/Chicago11p02pm by annoyedpharmacist because: (no reason given)

That's a fascinating comment......very insightful. And it fits in with a story I read the other day, (I'll never remember where) to the effect that there's a minor population shift ongoing in the US wherein more conservative types in California are moving to Texas (where I live) and more liberal types in Texas moving to California each year. We're not talking orders of magnitude but something like 60,000 a year out of Cali and about 25,000 a year out of Texas. I know from my own experience that it may be because so much US Naval Military retirees, once they retire out of Cali come to Texas because the cost of living is so much lower.

Life's short........go where you feel comfortable. And I don't say that to be hateful, but rather simply as a point of fact, (life is short!).

There's something else I'd add, though I hope the staff doesn't find it too off topic, but your comment sparked a thought about the problem of the big divide. The problem of the big divide IS political, and its probably only going to get much, much worse as the slow-motion train wreck of the Trump administration unfolds and then Trump is replaced by some Leftist backlash like.........whoever. But here's the core of the problem I think; that too many people in the US are so INVESTED in their politics. There are other facets of life that are important other than politics. And really..........in an era in which no one believes anything the media puts out and no one trusts any of the institutions..........how important is politics anyway? Nothing really changes, nothing gets better all because of the endless gridlock because of the "Great Divide" of extreme partisanship.

In a strange sort of way, because of the sheer size of the government, its agencies and bureaucracies that carry on, regardless of the ashats in Congress, the Courts or the White Hut, we've really almost entered a "post politics" or "post democratic" era. An era when elections count, except in a strange way, they really don't count because there's never any real change.

posted on Jul, 11 2017 @ 01:43 PM
link
Ireland probably, for the mountains and the culture, Scotland, Austria for the same reasons.
Canada for the peace of mind and the vast wilderness, but not very far north, I'd like some sun once in a while.

I am quite happy were I am also, hot desert, blue sea, dry warm winters - one pair of flip flops and one of shoes all year around. Living like hippies in the sixties. Not much culture though but for this I have internet...

I feel like there are not enough people that take politics seriously. Too many people dont vote bc it doesnt count anyway which is unfortunately sort of true.

And many of the people who do vote do what they are told to. I posted in a thread earlier how I feel like americans as a whole have been beat down with a sheeple stick that forces us to vote for who people tell us to vote for (ie TV ads based on red or blue state/city color) or to not vote at all.

And even though we elect these politicians, they know how to get what they really want with strategies such as gerrymandering and voter laws.

If we had more than 2 political parties it wouldnt be so black and white (or red and blue). These politicians couldnt manipulate the vote as much.

originally posted by: WhiteHat
Ireland probably, for the mountains and the culture, Scotland, Austria for the same reasons.
Canada for the peace of mind and the vast wilderness, but not very far north, I like some sun once in a while.
I am quite happy were I am also, hot desert, blue sea, dry warm winters - one pair of flip flops and one of shoes all year around. Living like hippies in the sixties...Not much culture though

where do you live?

Israel, the southest point at the Red Sea, at the border with Egypt and Jordan. Almost Africa if you ask me.

I think the root of the Great Divide is this: you have a pack of people on one side who want government to do a lot for them, take care of them; on the other side you have the ones who want to government to leave them the eff alone.

Most of it follows from that.

Government leaving me the eff alone entails leaving me my choices, my life, my money, my property, etc. I shouldn't have to worry too much about which @ss warms the oval office chair because his or her decisions should mainly affect foreign involvements, not my day to day life in minute details like who my GP doc can or can't be.

But the pack that wants government to care for them - they need services and programs which need money. Money means in my pocketbook. Programs necessarily start to interfere with my life because inevitably those things will do for me even if I didn't want them to, never wanted them to, and I don't care if it's "for my own good or not."

So, I think that's the root of the divide.