In what could be the first case in the world, a B.C. baby has been issued a health card with the letter “U” for a sex marker. 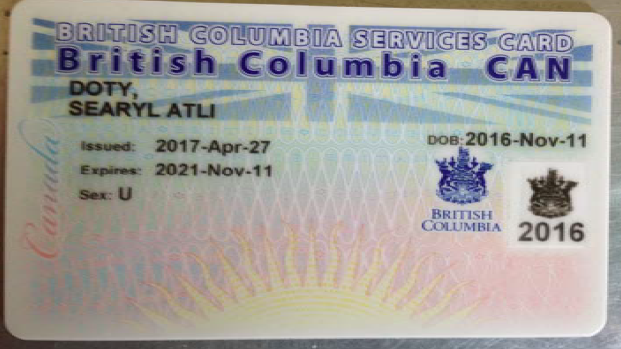 You don't get to decide, only pretend.

I know but the article said it was their 'decision'
I would rather have just posted the news but I was to give my opinion in news forum.
I'm sorry


just cause a couple nutters have a child doesn't mean I have to play pretend with them.

be all idealistic as you please

One thing about IDENTITY stop making it my business, I DONT GAF about your identity.

posted on Jul, 1 2017 @ 07:58 PM
link
This isn't anything new. Native Americans from what i have heard, included this as part of their culture.

The identity of their offspring wasn't set until they went through certain rites of passage.

I share what i've been personally told and have not verified this with other sources outside of my friend. It could be just his tribal identity.

originally posted by: DBCowboy
a reply to: violet


I remember those days!

If I remember correctly, it was called "the 80s".

It is because the lunatics now run the asylum and.... FEELINGS trump reality.

TruMcCarthy
+42 more
posted on Jul, 1 2017 @ 08:07 PM
link
If you can decide your sex, why can't you decide your race? FYI I am now a Native American and would like some college tuition waivers please. Maybe I should get hold of Pocahontas Warren and ask for advice.

A few months ago on here I jokingly said something like ' in the next 20 yrs birth certificates will not include the sex or gender of the child'. Boy was I wrong about the 20 years.

I'm seeing this on forms I fill out now , where it asks for my gender or sex, there's a choice to put nothing or undecided or whatever.

I don't even know the difference between sex and gender anymore. All I know is my birth record says " Sex: Girl". I'm ignorant, I guess someone will come along and tell me soon enough.

posted on Jul, 1 2017 @ 08:09 PM
link
I'd like to see scientific data supporting claims of betterment for society before going full genderless...

I wonder how that will turn out when a genderless person rapes another genderless one. Will that even be recognized as such?
It's all fun opening up cans of worms. It's harder to ingest it all and reap the repercussions.

But hey, now it's all about feelings. Can you feel it? I believe you do. (Not directly pointed at you violet)

I know someone who had a dozy doctor about fifty years ago. When filling in the birth certificate.
He put boy down as the sex then realised his mistake and scribbled it out and put girl and had to put another signature by this mistake. They will not issue another.

Thought I better reply with an on topic reply

The biggest issue I'm seeing with this is, the parents are deciding the childs gender and it opens doors for parents to say their baby boy is a baby girl and a baby girl is a baby boy. What's the difference from that to what these parents have done?

Society has changed a lot. 30 years ago, if a young boy wore his mummies high heals and put lipstick on, it was funny and cute.

Fast forward to now and the same boy, according to some, is trying to "identify" as a girl.

It reminds me of a YouTube video of someone saying "On all levels except physical, I am a wolf"

May as well throw out another dumb prediction:

schools shall no longer allow girls ooops I mean children to wear dresses. All must wear pants, because it may harm the child if it's forced ( yes forced) to identify as female. No bows in the hair. It's offensive. Additionally no more 'girls soccer teams' or 'Boys soccer teams'. Further more you shall all shower together.

Well, when an ambulance has to cut clothing off unconscious people so as to figure what genitals they have, this will get old for some.

Jesus H Christ, What has the bloody world come too.

It's gone way too far.

The funny thing is they actually entertained this???? and issued a card!!! Crazy

Anyways I found this on Facebook and the comments are not very supportive of the idea. Minority rules.

I'm starting to wonder if the plan is to go for a more androgynous look so we blend in with AI robots and maybe we will not even be able to identify as human in less than 75 yrs.

I was thinking about the shower scene in Starship Troopers while writing my post. I always thought society would lean that way, but not into that genderless fad.

I can't help but think that children will be confused by all this, like a previous poster said. Little girls will wonder why they can't identify with their moms and vice versa.
Will it cause dissociative troubles in individuals subjected to this? That would make an army of young ''brainwashable'' persons.