MARS Anomaly: Can anyone shed some light on this picture?

1. You will see on a rock, at the far right and about halfway up, a white rectangle with some kind of shape on it, which is indistinguishable to me.
JPL Image One

2. Same area only with the camera swung more to the right, the anomaly has moved toward the left-hand side but is still on the same rock and in the same position, also with the shape still on it.
JPL Image Two

It just looks so strangely out of place and stands out like a sore thumb. At first I thought it was an image artifact but the second picture in the sequence appears to rule that out. It almost looks like a piece of card or a thin, flat object, devoid of features apart from the strange thing [hole?] in the middle of it.

Thanks for looking.
Any ideas, anyone?

That's interesting, I got nothing though. Was thinking image artifact as well.

Does the rover spit out any card shaped things? I know that's a silly question, but maybe it's a piece of the rover or something? Or if it was doing tests on that rock and that's what the tools it used did to the rock?

I rarely say this, as I'm usually a very big sceptic when it comes to that, but you're right, it does look pretty out of place / weird. 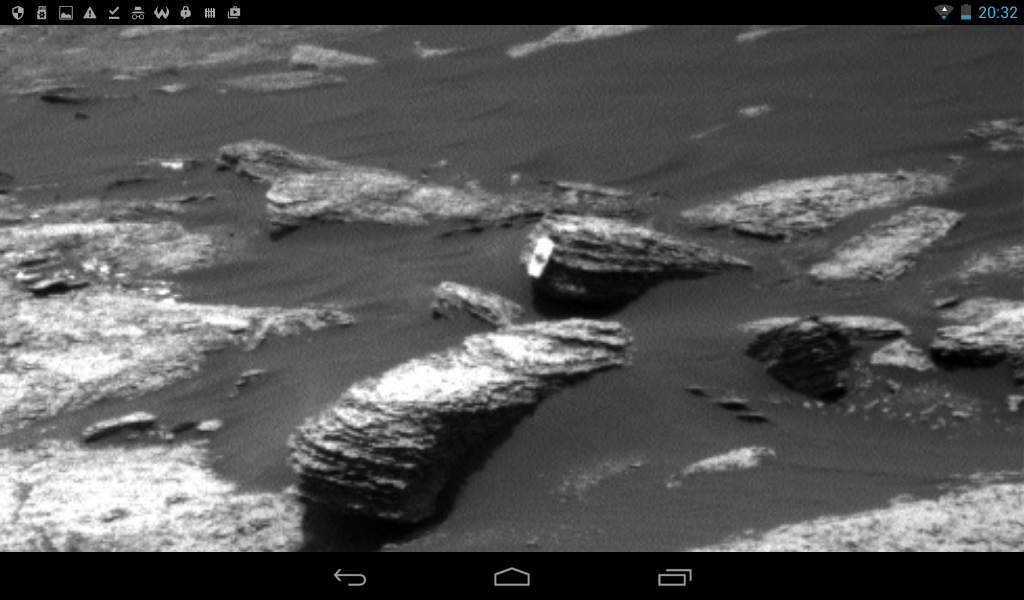 I thought the same thing, but there doesnt appear to be any tracks around it

Nice find! It does appear to be a marker of some type.

More interesting. I can see no tracks from the Rover anywhere around the anomaly.

There also seems to be some type of wire frame work on top of the rock.

slider1982
+2 more
posted on Apr, 20 2017 @ 03:38 PM
link
Of course the logical option for the Mars rover that is there for discovery to do is just drive by taking a few pics in a "nothing to see here" fashion, you would think the techy that is driving the thing would also notice the oddity and well you know head over for a closer look..

The delay is such that I imagine by the time he sees the photos, the rover is long gone.

How cool is it that we can sit at various locations and look at the surface of Mars?!! And ask these kinds of questions...

No idea what it is. But Tyler at Secure Team posted a video about it recently. Video points out other Mars anomalies as well.

Is it me, or does it look like the Canadian flag, without the red borders?

Secure Team 10 are a bunch of hoaxers.

We actually hoax their content as soon as we see it.

posted on Apr, 20 2017 @ 03:43 PM
link
Now that is weird, the centre of the rectangle shape looks like a medical cross mark, perhaps the rock was subject to a bit of drilling, but that doesn't explain the overall rectangle shape...funny peculiar! nothing to do with SC10 either.


Ummm...so that's where the 7Eleven drone delivered my slurpee...

I know people are down on them. But they present what their sent and leave for the viewer to decide. I have no problem with that. Most of what he posts is not immediately identifiable as hoaxes to me. At least he's not as bad as Third Phase, that guy's a clown.

Anyway, despite his reputation, the video includes some analysis of the photo's in the OP so I thought they may be of interest.

I"m cool with posting a video in thread if it's for you know, learning about the thing in question, that's fine.

But I can't let an OP be based on Secure10's findings just because of the amount of hoaxes that have come out of their channel. In this case it's okay.