According to the patch notes, looks like Bioware is taking everyone's complaints about the faces seriously, along with a lot of other graphical problems that people didn't like:

We’ve introduced a number of balance changes to single player and multiplayer, and resolved some issues with saves not working properly. We’ve also improved lip-sync and facial acting during some conversations, and have implemented a much-requested change that allows players to skip the autopilot sequences in the galaxy map.

Listed among the patch notes:

Improved lip-sync and facial acting during some conversations, including localized VO

Improved the appearance of eyes for human and asari characters

There's some other improvements coming too, such as increasing the amount your inventory can hold.

Their servers will go off line at 8 AM PST to begin the update which will affect multiplayer and strike team missions.

From what I understand from searching, Bioware will be making more patches over the next couple of months, many of which are addressing a lot of the complaints from fans over the game, including improvements of character creation with many more options available.

So for those that were hating the game who have gotten it already, looks like there's some light shining here for ya, and for those who didn't want to get the game until these issues were cleared up, looks like you won't be waiting for half a year or more.

posted on Apr, 6 2017 @ 09:29 AM
link
I am glad Bioware is fixing their game. This is one of a few patches that will address the glaring issues of the title.
What annoys me is the information that came out since then that vindicates those of us who were critiqueing the footage being put on.

they intentionally made everyone unattractive in order to not offend people who dont like good looking people.
This was pointed out before the game and it was thought as just bad shaders by the apologists, or could use some tweaking, bad footage used, etc etc...but nope, now confirmed..they intentionally made all females plain and unattractive. They "sexed down" the women. This was considered a conspiracy back in feburary, and confirmed this week as a intent that backfired.

They also outsourced the animations to nobody companies that used untested algorithms for animations of face and body.

Anyhow, It is all complaints the "manbabys" were saying for months that bioware ignored figuring it was just a few jerks were saying..come to find out it was most gamers and gaming outlets..their bad reviews are deserved as it got them to wake up from their dismissive a-hole mentality and actually fix it. Bioware is really starting to annoy me because they were always a solid company. They need to go back to their roots...fire the sabotours and the progressives who want to damage the product, and make quality games again.

Anyhow, I am a step closer to buying the game with this new patch..glad they woke up, now time to stop apologizing and start restructuring

First, yes, my total items for inventory went up. It was 50 it's now 100 items allowed: 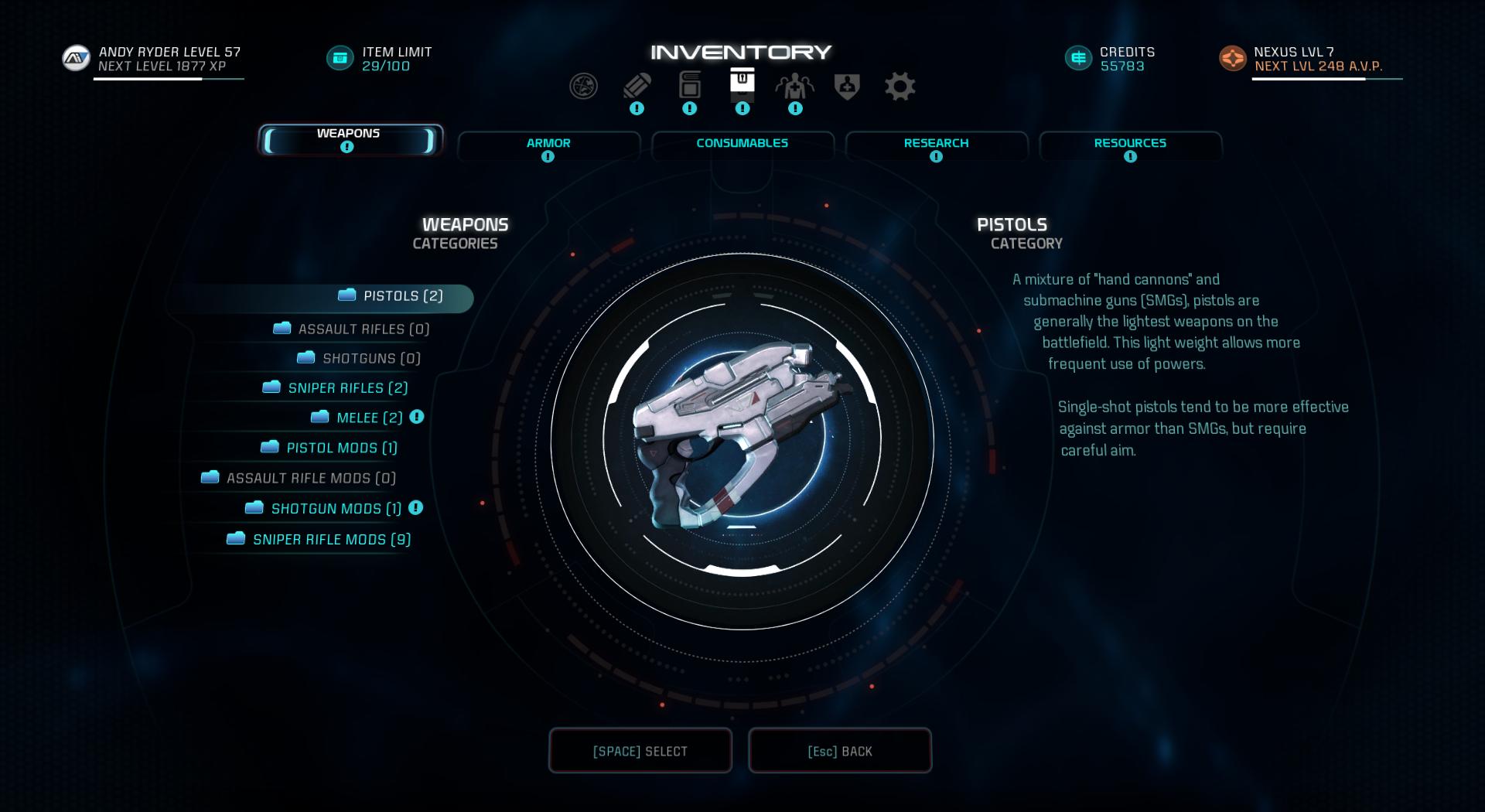 Next I decided to take a quick look at character eyes, as the patch notes said they were adjusting human and asari eyes. First up is PeeBee, stock image of before the patch: 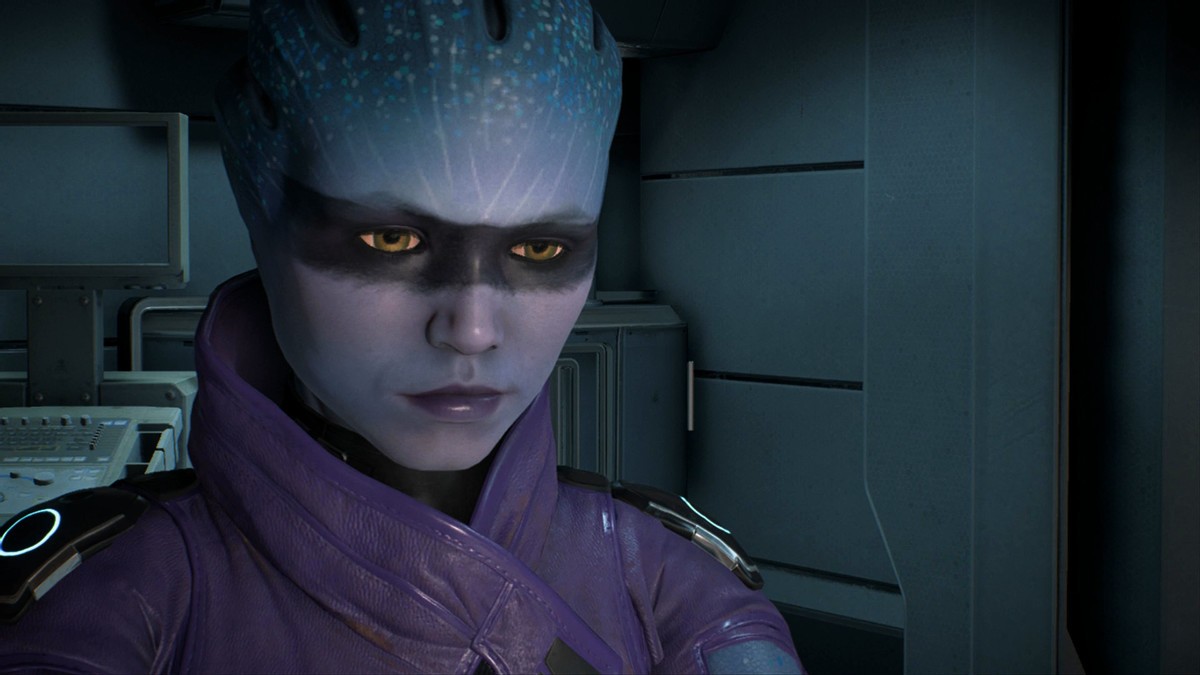 Not seeing a huge difference here, but that could also be because of the black racoon band she has across her eyes. so let's look at Dr. Lexi's eyes. Stock photo: 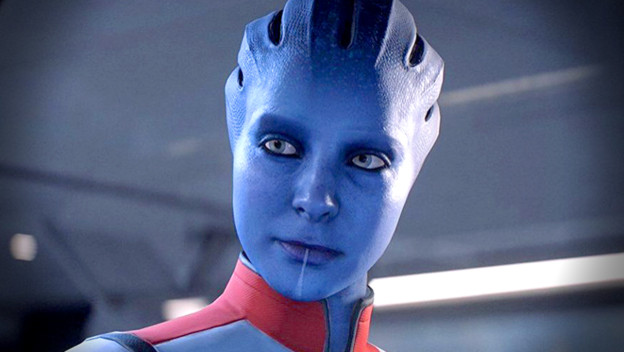 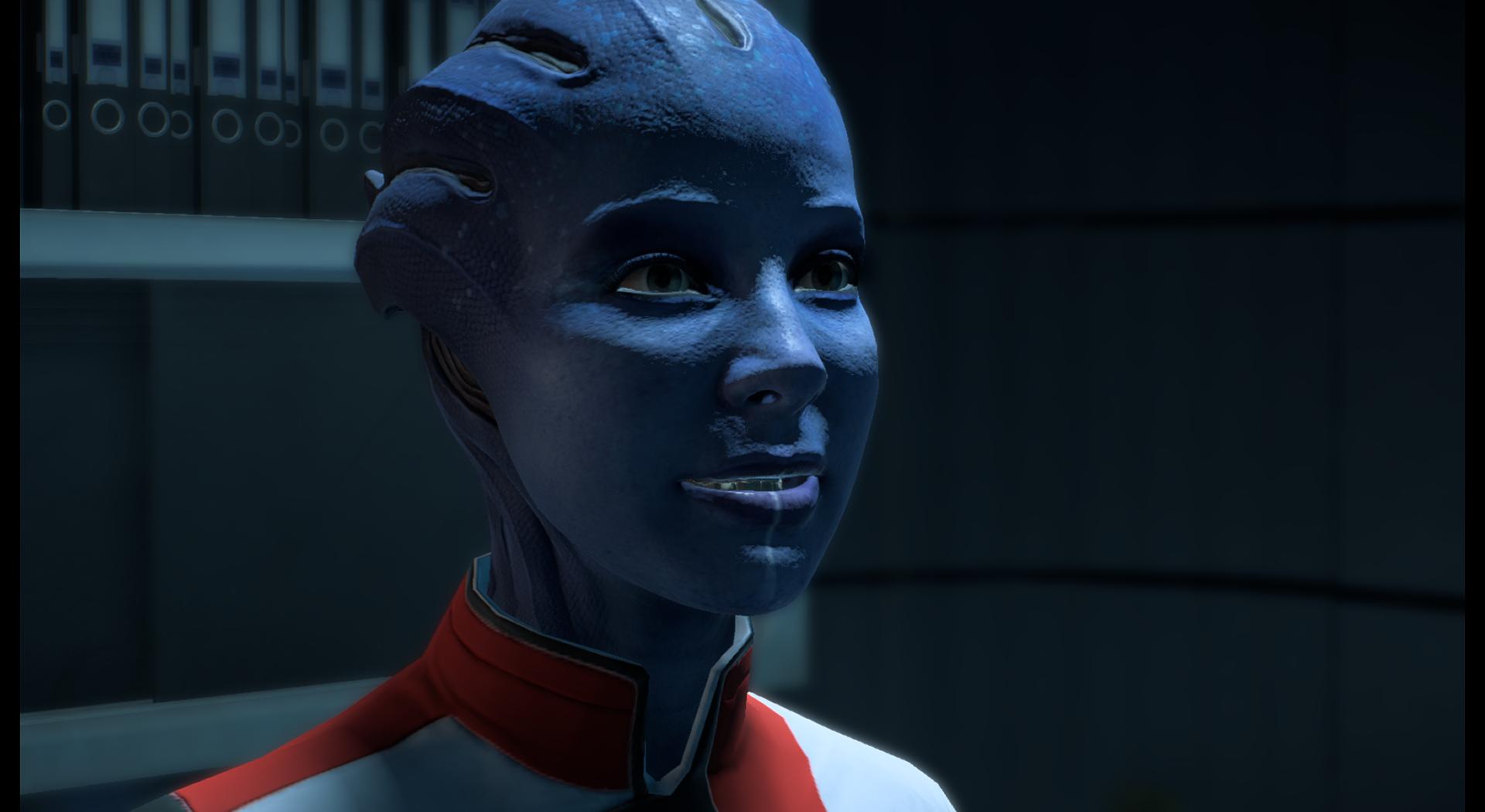 Looks like they added ridging around her eyes and eye brows.

Next: Cora, first a pre-patch image: 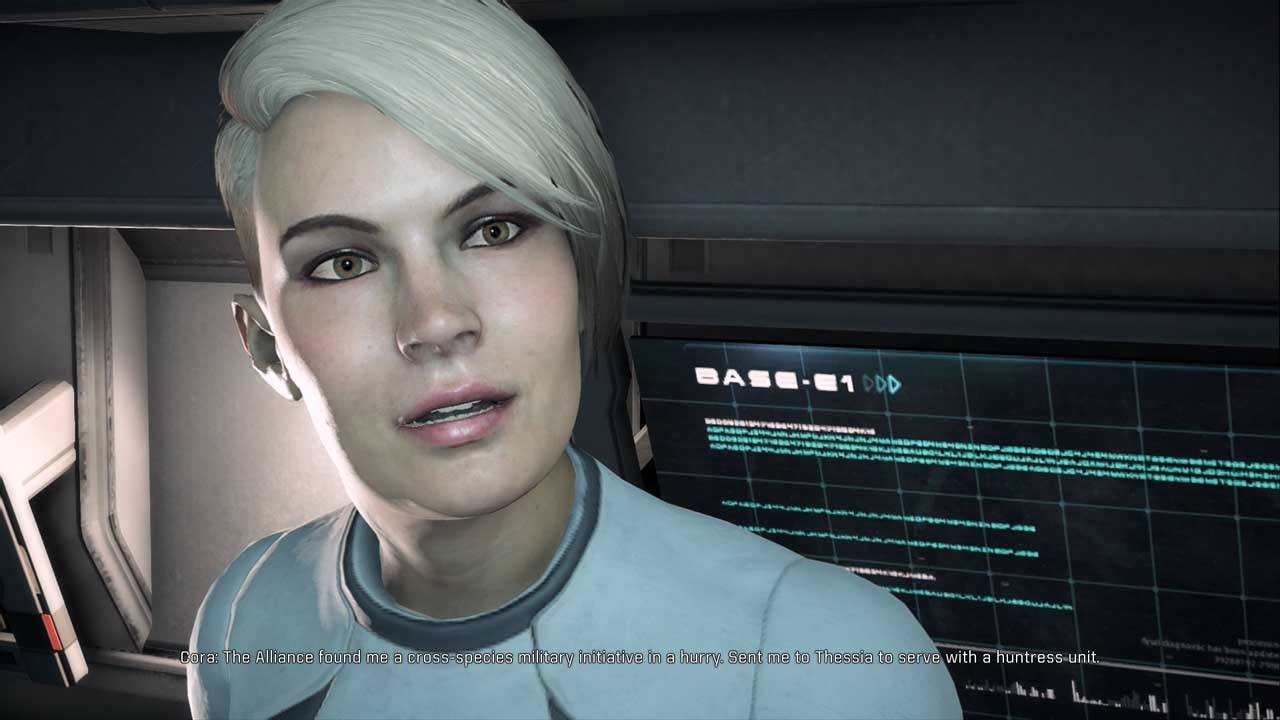 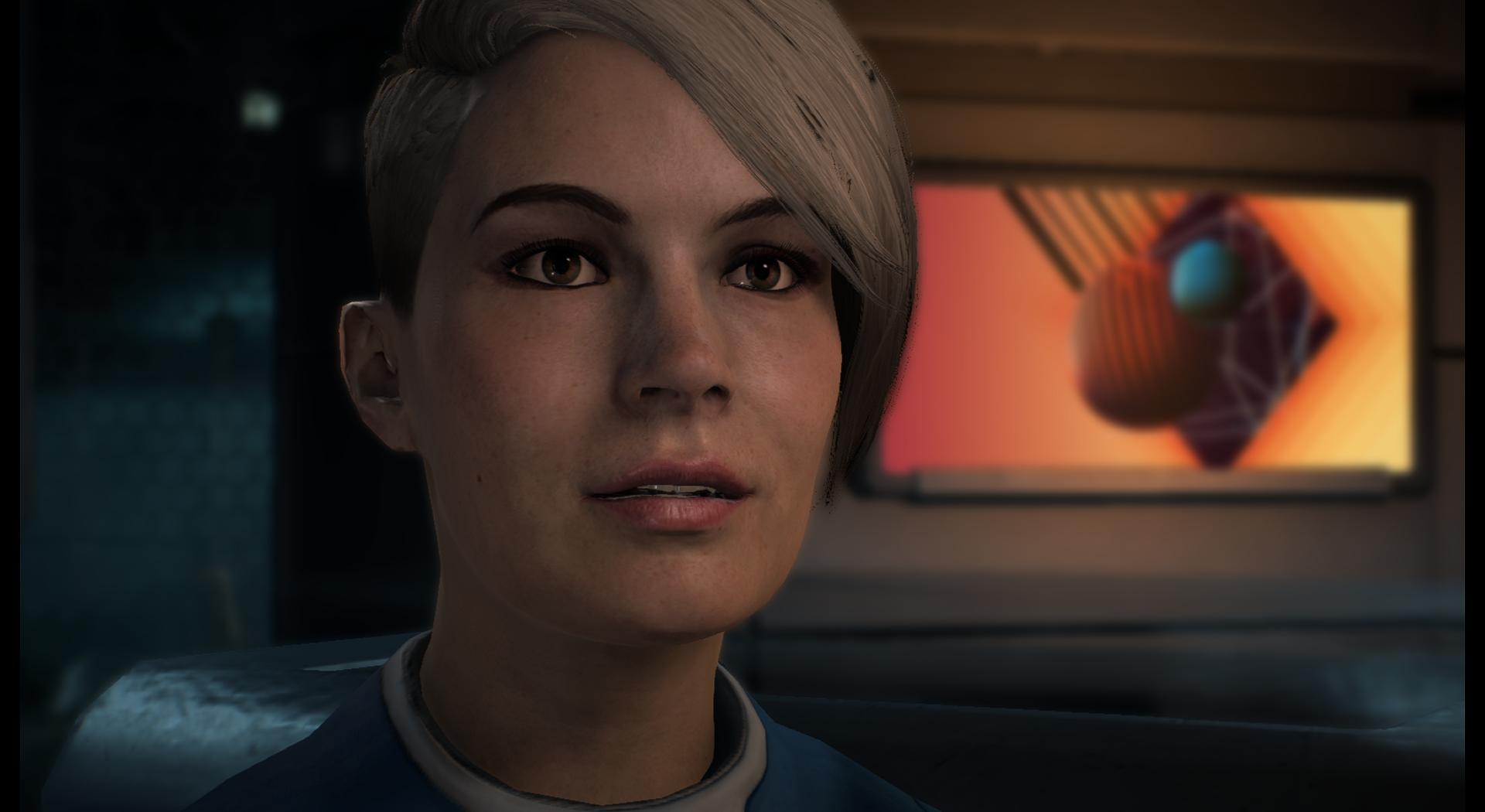 Looks like she has more eye shadow added, but also they have have darkened her skin texture some.

Next is Addison. Pre-Patch: 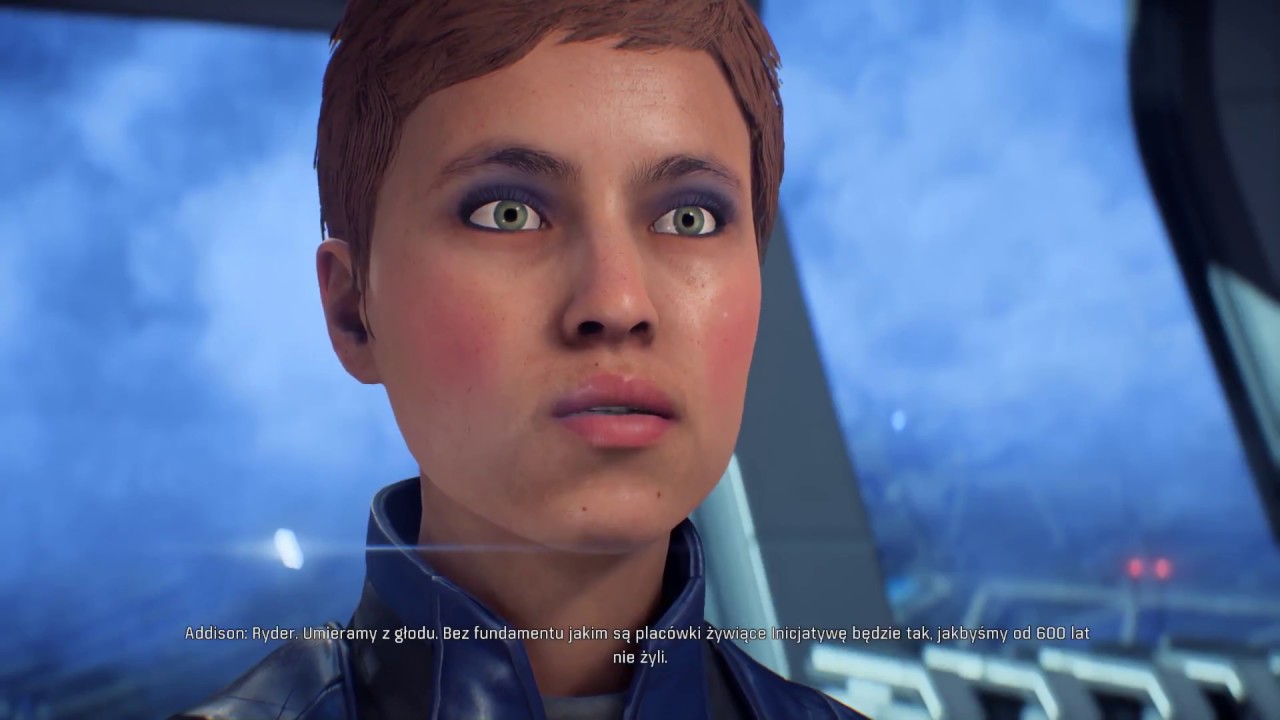 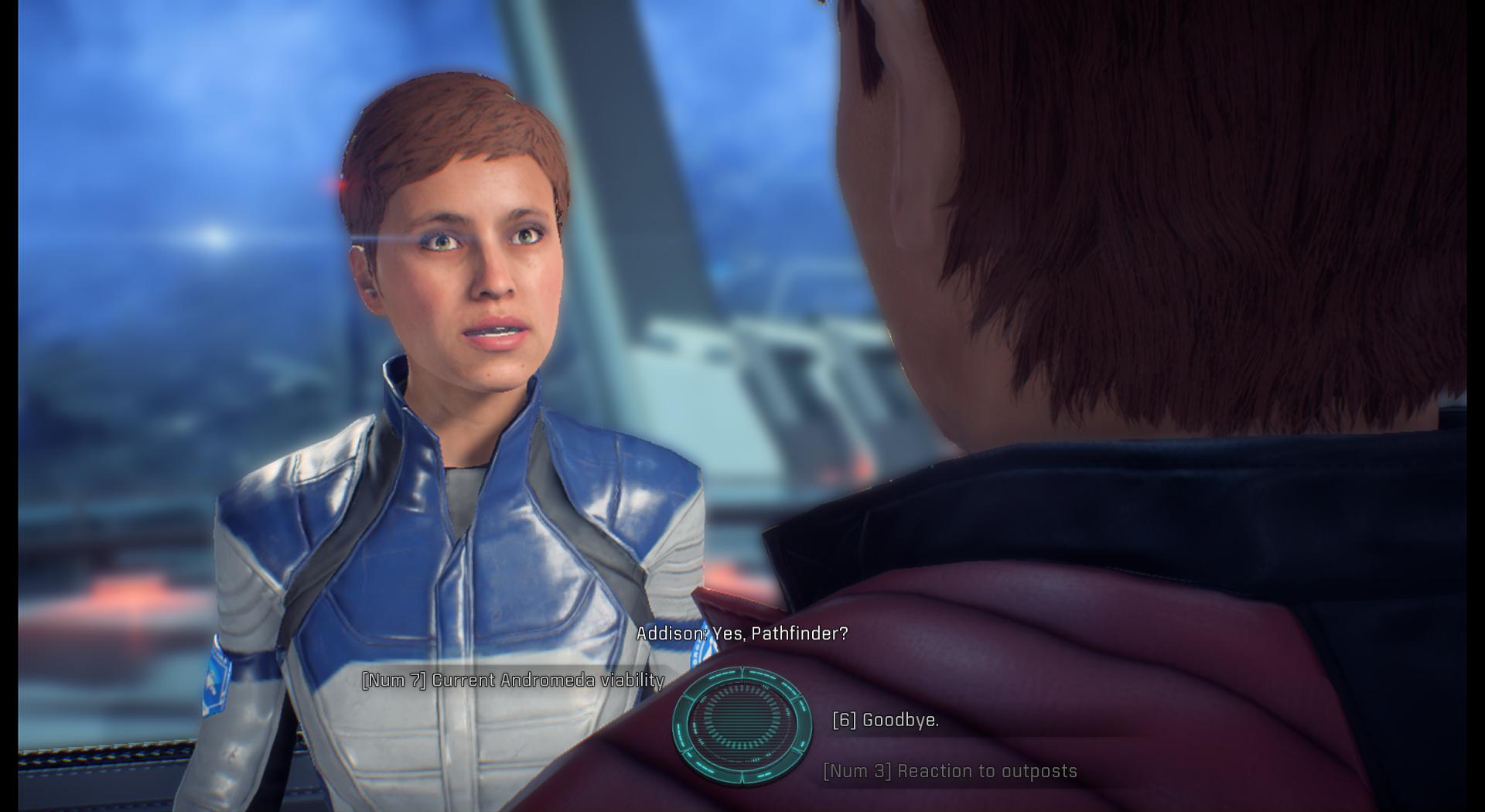 Not really seeing a change at all with her eyes.

I did notice that dialog now has numbers next to it where it was not before though.

I'll post any other big changes I noticed here.

Hey, is it just me or is PeeBee the only asari in the game with an actual, unique face? The rest of them look like they made one face and cut and pasted it and them slapped some cosmetic changes over it like changing the skin tone slightly and slap some paint on them?

PeeBee and Cora never looked all that terrible to me, but I haven't actually gone in game to look to see what the patch has done yet. Ryder looks worse than both of them so far.
edit on 6-4-2017 by ketsuko because: (no reason given)

I made a new Ryder about a week ago to play. Doesn't look all that bad to me: 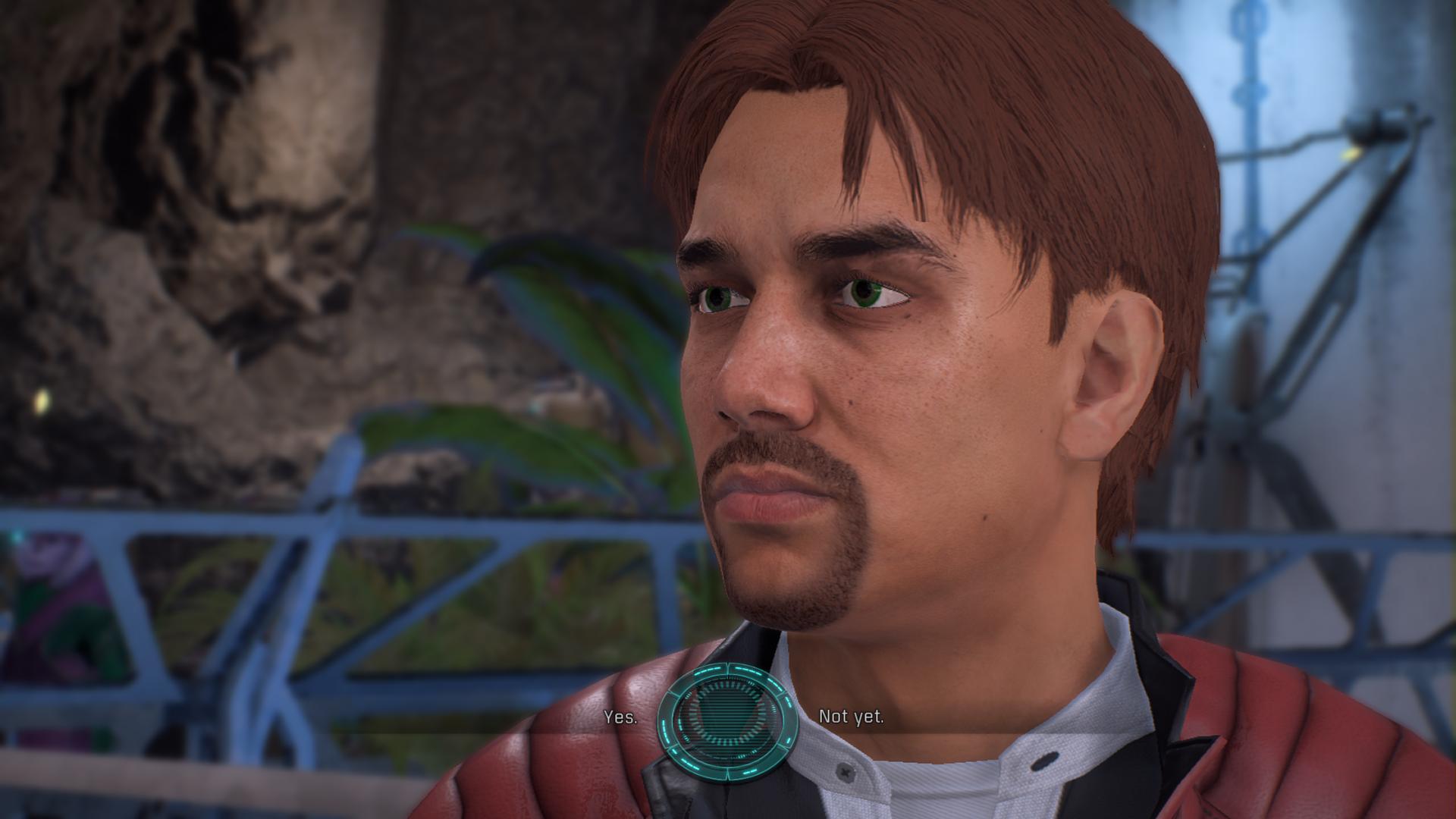 I do remember throughout the series Asari come in all shades of blue, some even going towards a violet color. Many different face tattoos, some with none.

In the first 3 games, they have a lot of different facial features with their eyes, cheek bones, nose and mouth shapes, giving us a variety of faces: 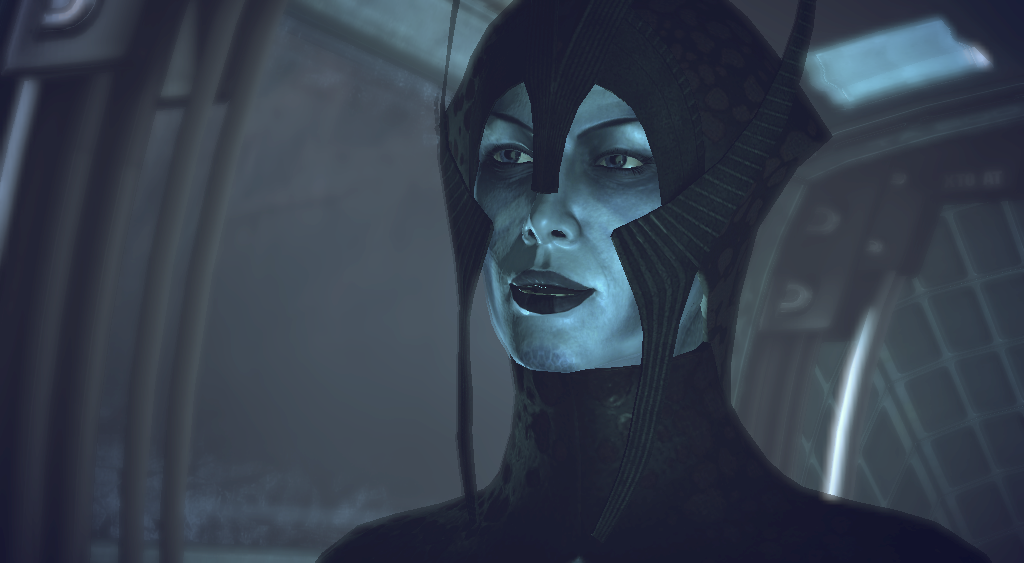 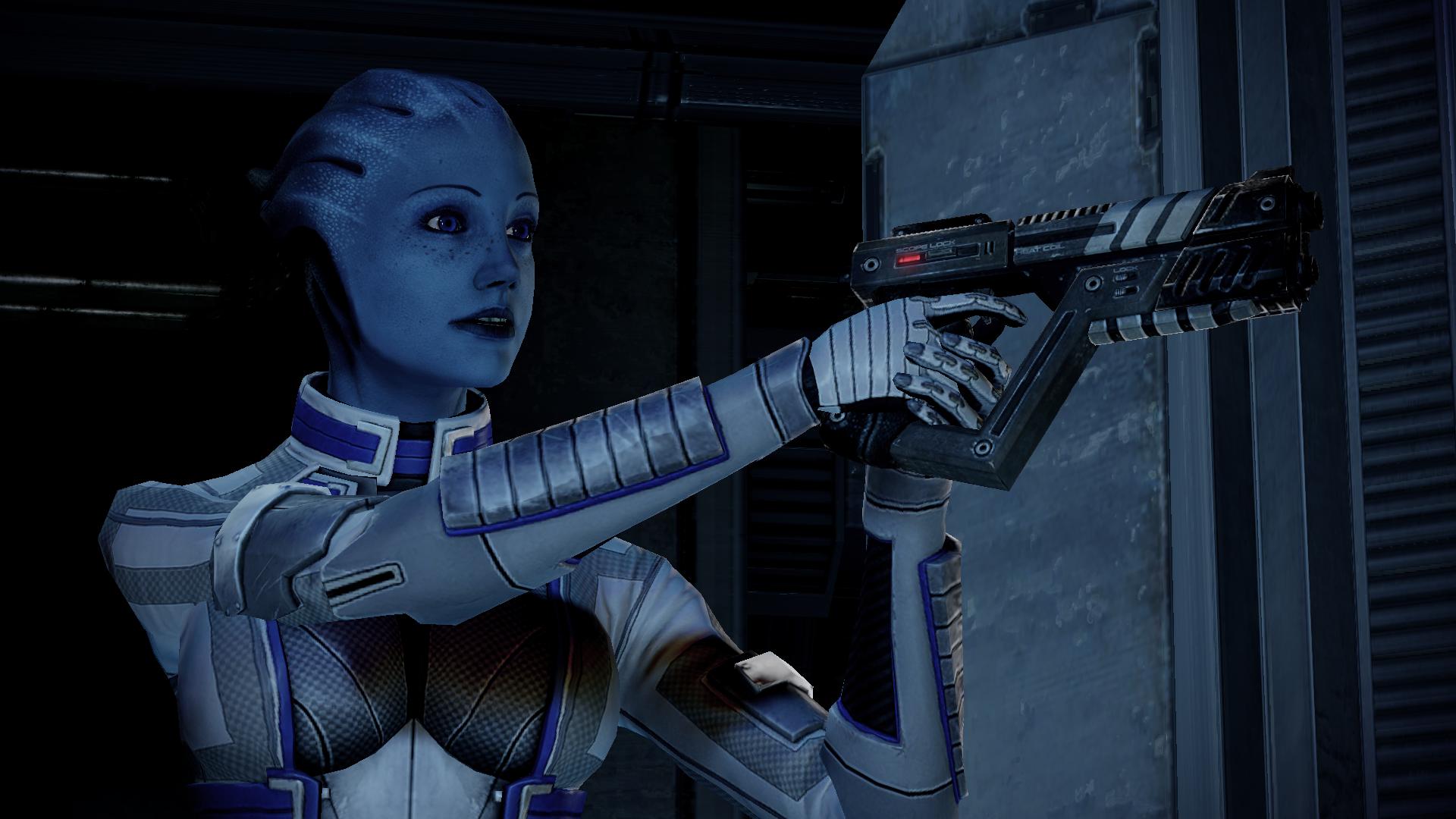 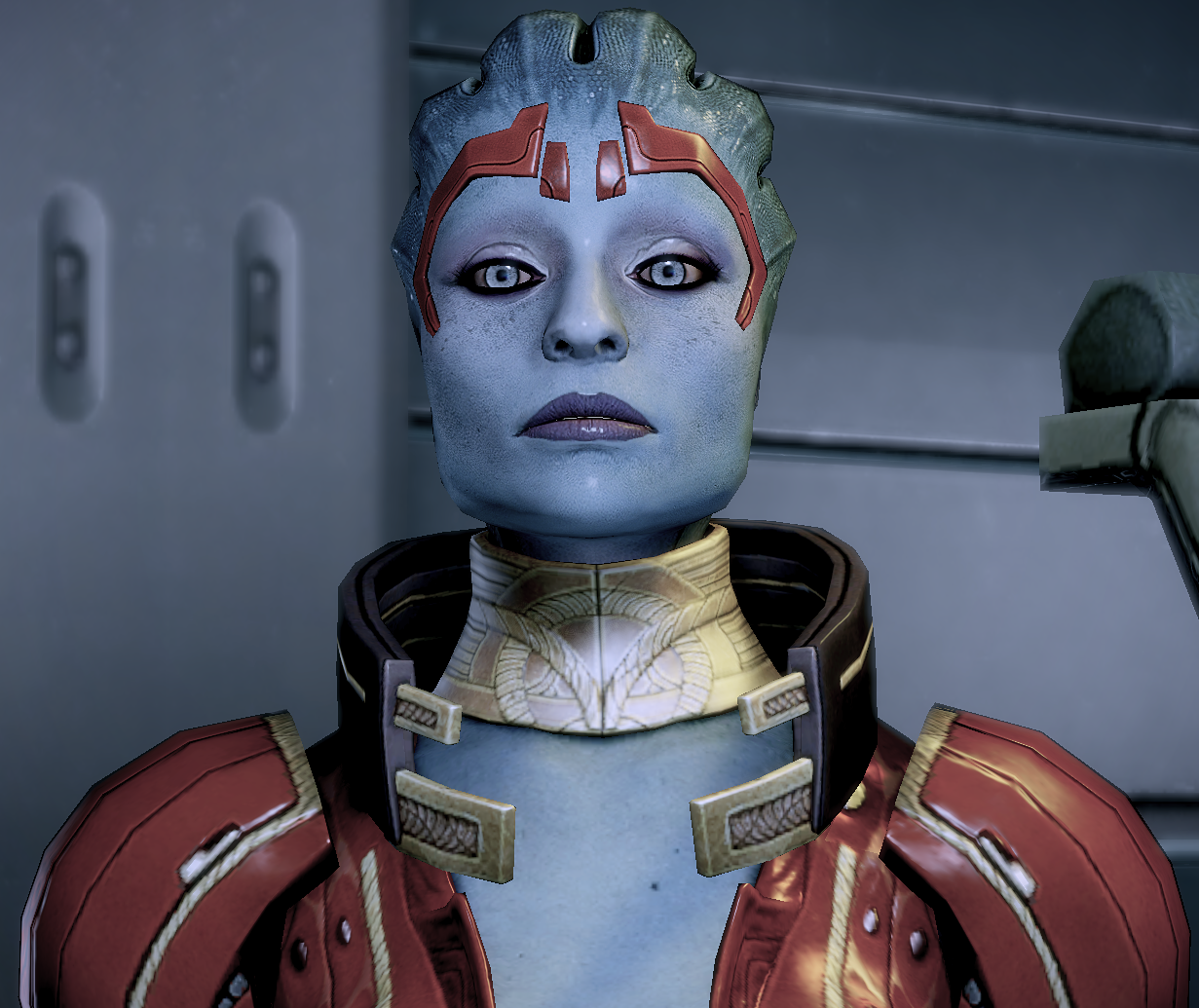 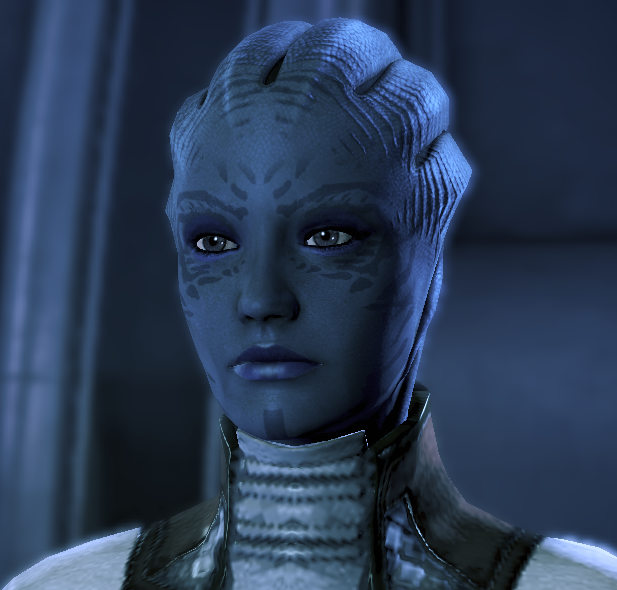 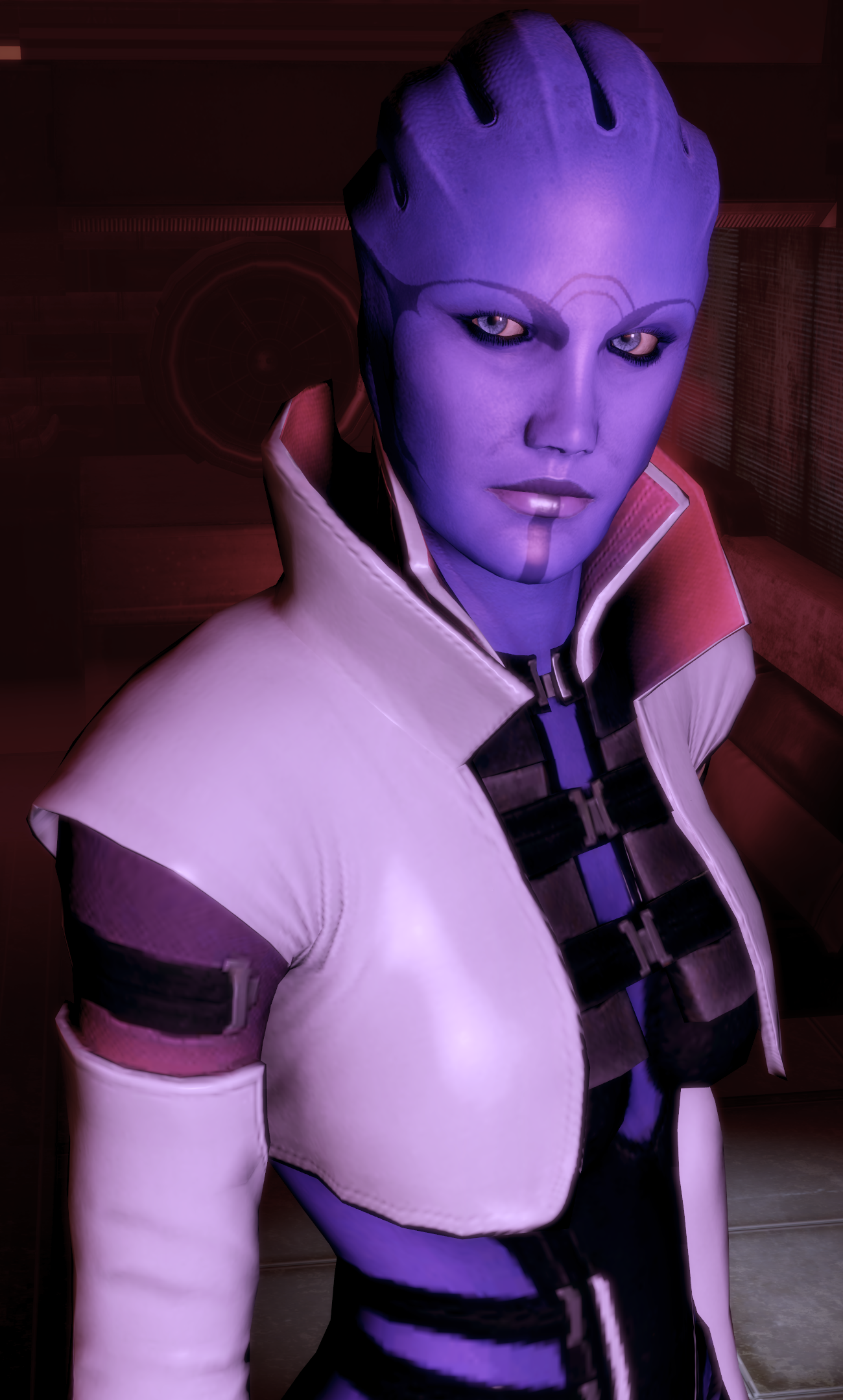 I've seen some differences between asari in Andromeda, but not enough main characters to really pay attention to. So I'm not sure if they varied the looks a whole lot or not.


I love the ME universe..I will buy..just want them to be the company I know they can be.

Hey, is it just me or is PeeBee the only asari in the game with an actual, unique face? The rest of them look like they made one face and cut and pasted it and them slapped some cosmetic changes over it like changing the skin tone slightly and slap some paint on them?


Yes
She is unique amongst asari 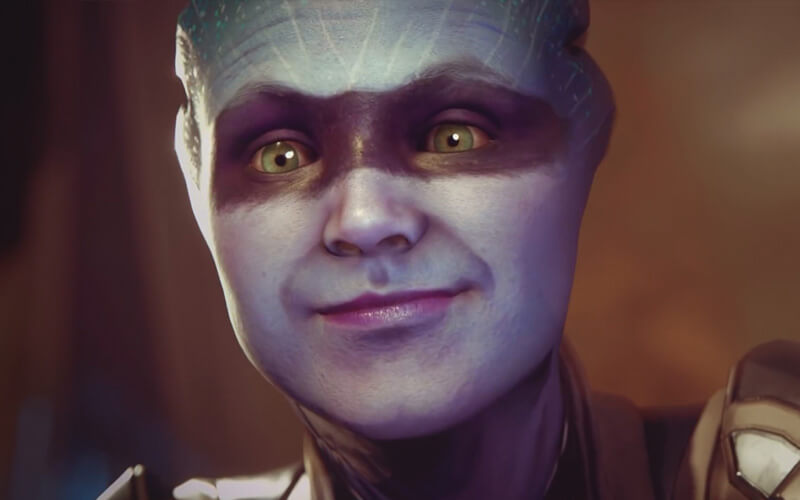 I miss my Liara


From what I understand from searching, Bioware will be making more patches over the next couple of months, many of which are addressing a lot of the complaints from fans over the game, including improvements of character creation with many more options available.

I was wanting to make another character and play through the game again once today's patch came out, and then I decided that I wouldn't bother until they add the improved character customisation in the creator. I was one of the people disappointed with how I could barely adjust Ryder's face. Even just a choice in eyebrows! Please.

At least by that time, surely the bugs will be mostly ironed out.

I did enjoy my first 92 hours in the game, regardless of the few bugs and glitches I experienced. Once the updated character creator arrives, I intend to enjoy 90 more!


originally posted by: ketsuko
Hey, is it just me or is PeeBee the only asari in the game with an actual, unique face? The rest of them look like they made one face and cut and pasted it and them slapped some cosmetic changes over it like changing the skin tone slightly and slap some paint on them?

I noticed the Asari clones also. I think the Asari pathfinder had a slightly different face; but other than her and Peebee, the rest all have the same model.

ETA:
I saw this picture earlier. Showing the before-and-afters of Suvi and Addison's faces. 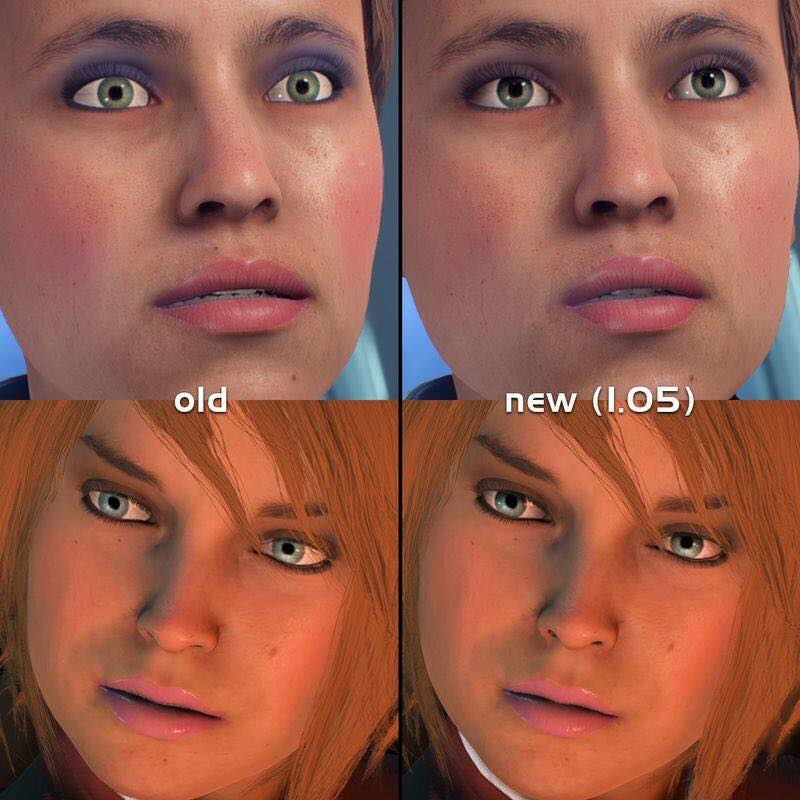 That's what I mean though!

It would be like if they took your Scott Ryder head model that you pictured above and made all human male heads be that exact same structure just with different skin tones, eye colors, and hair colors/styles. You'd notice.

In other news, the romance game is confusing me. I seem to have ninja-manced Jaal while romanicing Liam and Lexi's psych profile hints at me playing hard to get!

I might need to check my graphic settings. I rarely play any game with things set as high as they can go, and that might make a big difference. I'll give it a try and see.

The game had auto set my graphics to medium. I changed them to high, only a slight performance hit, but wow, did the faces change quite a bit. A lot more detail now.

When I get a chance, I'll do some running around and take snap shots of different asari I run into and we can look at them here.