the light in the sky and then the cataclysm


You wonder why people are so negative towards this sort of thread. Answer those questions, and you will have your answer. You bring in the old, cliché "your science is wrong" argument, yet offer nothing in return other than words. Your own words. Words others can not verify.


Why, after all this time, should anyone believe any of these doom prophecies that are all different?

(imo) just a psyop distraction from real world events, like all the others. Is this poster a plant or just really that misled?


You wonder why people are so negative towards this sort of thread. Answer those questions, and you will have your answer. You bring in the old, cliché "your science is wrong" argument, yet offer nothing in return other than words. Your own words. Words others can not verify.


Why, after all this time, should anyone believe any of these doom prophecies that are all different?


I only know what I was shown. In the past I have had "one" perfect prophecy. It was perfect and I repeated it above. Was it anything great or earth shattering? No, which still makes no sense to me. Why that I have wondered? But, I have had others that were not "perfect" but came eerily true. I used to ignore these. They just kept happening though. It's hard to ignore after a while. Luckily I have not had any in years. It is no fun waking up with your heart pounding that hard knowing at some point you have to go back to sleep.

I am not asking anybody to believe anything. Nobody put a gun to anybody's head saying believe or else. I am relating my experiences and the results of my searching. Experiences that had me read a lot of material to try and understand what it could mean. My deductions are as I said, a logic problem.

What "I" saw was a coastline that looked like it had been under water for a good while. What "I" was told was great winds would come to the earth and I could feel what it meant, everything destroyed and I could not see how humanity could survive it. I knew the coastline was in the Northeast US somehow and I was not on a beach but up some low hills overlooking the ocean. I'd say the land had been under water for three weeks or so from the look of the grass and vegetation.

Why do some prophecies describe 3 days of darkness and others describe an intense heat? Would you not agree that "sun facing" side of the earth warms considerably (on average) during the day and that is with the earth rotating completely around in 24 hours. What if I didn't for a few days? Don't prophecies tell of the sun rising in the west? It would have to slow to a stop and begin rotating in other direction. That is a LOT of damn speed change, imagine where the oceans would go.

Can you not look at that asteroid belt and that scar on Mars and logically conclude something went pretty bad. Why does Venus spin in the opposite direction? Why are some planets tilted and others not. Would you not agree that without intervention they should all be spinning within the plane of the solar system?

Have you read any near death experiences where they sincerely thought they were shown the future? As I said, it's all logic problems. I don't really look for known prophets like Nostradamus. I am more interested in the average person telling their truth. I look for things like I just posted in this thread. I look for what I think are sincere people without an agenda. And then I assume they are all telling their truth from their perspective of what was shown to them. Combine the perspectives, try to see the greater picture.

In the end it is somebody's choice to be vocal or not. I decided to be vocal even knowing what this would mean on ATS. I like most of what the community on ATS presents. I did not snipe a post and haul ass, I am still here.

And I don't blame anybody for not believing me. Not in the least. But like many I come to ATS to search out relative truths and try to see the greater picture. ATS exists best as a place to share truths.

And if I am right there are no bragging rights at the end of the world. Just crying, running, screaming, and death.

posted on May, 14 2017 @ 09:25 AM
link
Posting another person's vision. To me it is so many perspectives of the same thing. The below I think is a sincere post from somebody that responded reluctantly, as most that see the attack dogs of public forums do. But he wanted to share what he saw.

"My second is more disturbing. I saw in the midday summer sky the sun and near to it but slightly lower a second sun appeared of the same size and intensity. The atmosphere soon became filled with a haze, like steam from a boiling kettle in every direction. I heard a voice explain this episode as the ‘Great Evapouration.’ The water in the seas and the rivers was disappearing and people were suffering from terrible sores and dehydration. This seemed to go on for some time until there was virtually no water on earth. Then I saw what looked like a third sun appear in the summer sky, it was very large dwarfing the other two but looked less solid and brilliant. When it appeared the second sun fell to the earth and seemed to hit the horizon. When it did any water remaining on earth turned to the colour of blood. I heard a voice explain this is the blood of the martyrs. I knew then that this represented an end to come. I have shared these two vivid experiences with very few people and personally I take them as part of my journey of faith rather than anything that is meant for a wider audience, but for some reason I feel compelled to share them with you today."

posted on Sep, 13 2017 @ 05:33 AM
link
Hate to necro my thread but I was reading this from the UFO portion of ATS forums. At 4 minutes in it's where the girl says. The aliens tried to convey their message by sending images to the children's minds. They were trying to warn. I think much the same way I was given a message. She said "It was like in the world all the trees would just go down and there would be no air and people would be dying".

So you attack artists please do search this person up. They are no longer a child. Please attack them for being honest about a message they were given. Please give your reason for attacking them is your infinitesimal speck of existence on this planet and your anecdotal internet knowledge of the true laws of the universe as your justification.

A person can be educated and still be stupid beyond all belief. Magnify that times one thousand for the Internet scholars of the world.

Interestingly enough I have read many times that in the end days man would think himself intelligent and wise but just the opposite would be true. That and many other things that match once again makes me think time is short.

posted on Sep, 13 2017 @ 06:15 AM
link
When I see posters who have repeatedly tried (over years!) to discredit and undermine Planet X and its imminent passage, this gets my goat!

They have no intention of learning and instead try to disrupt threads with dis Info.

Let me tell anyone reading this, that PX will pass soon for a fact! If you are in certain areas you stand no chance, for example west coast US or Indonesia and coast lines. 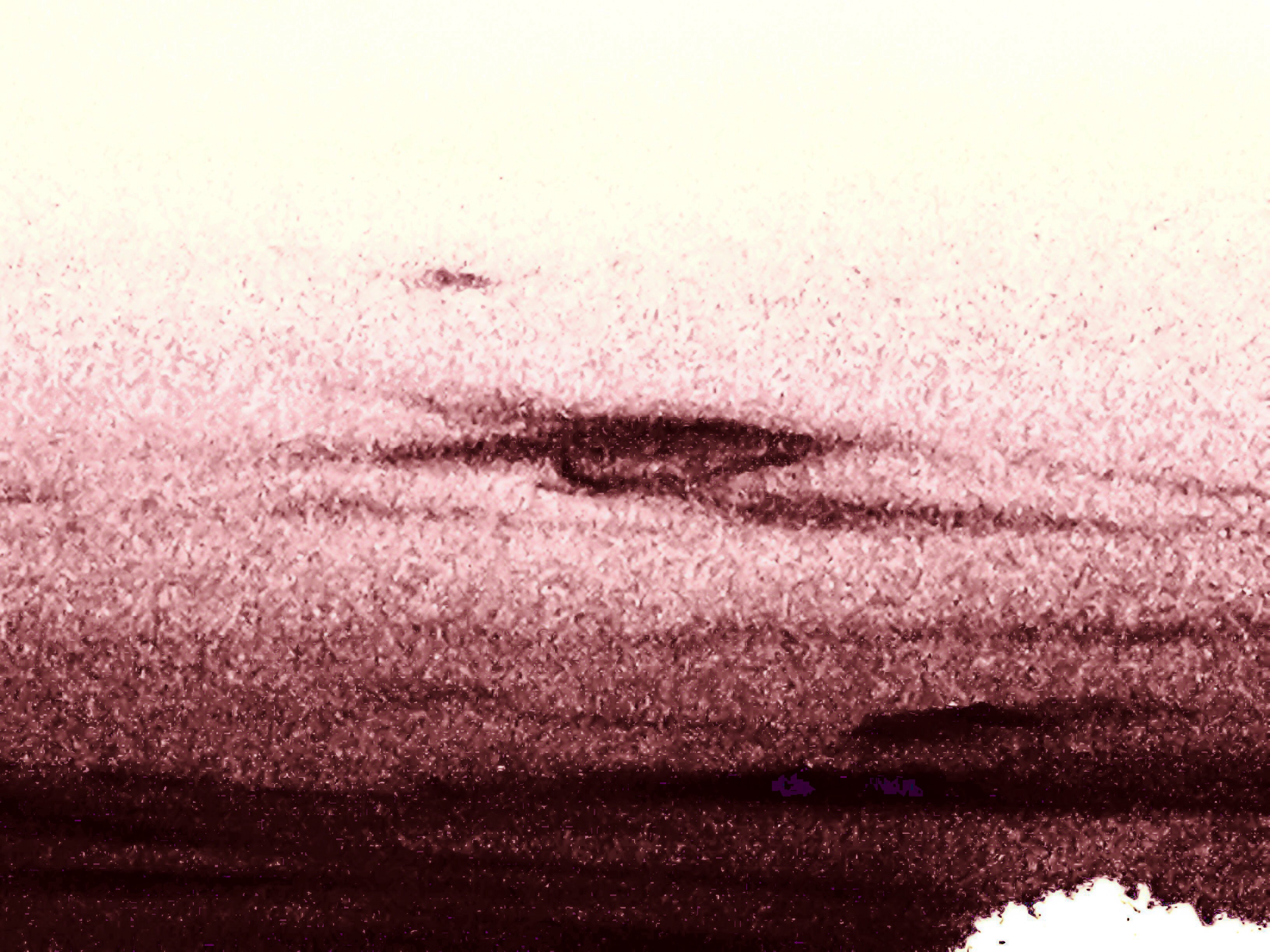 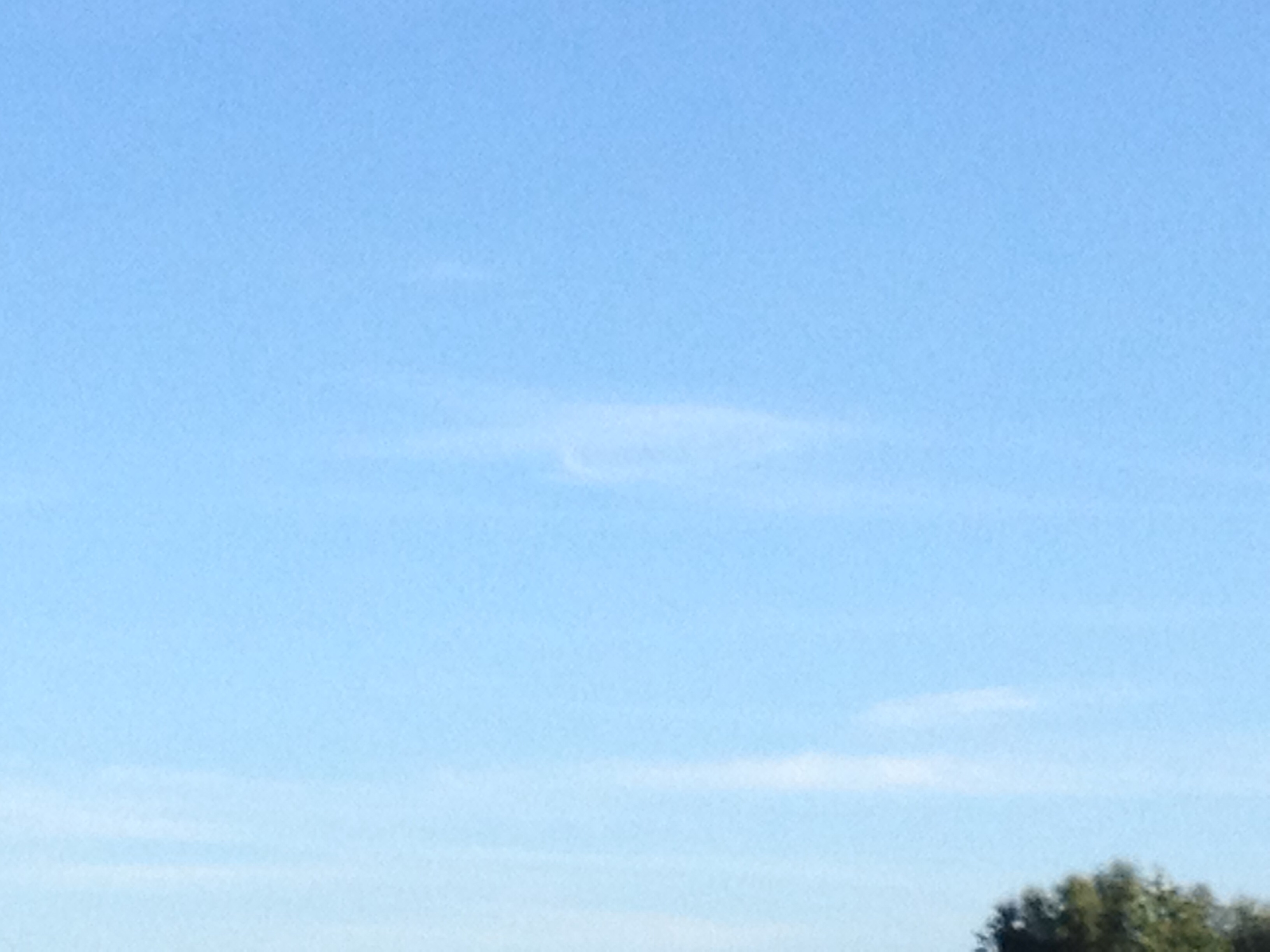 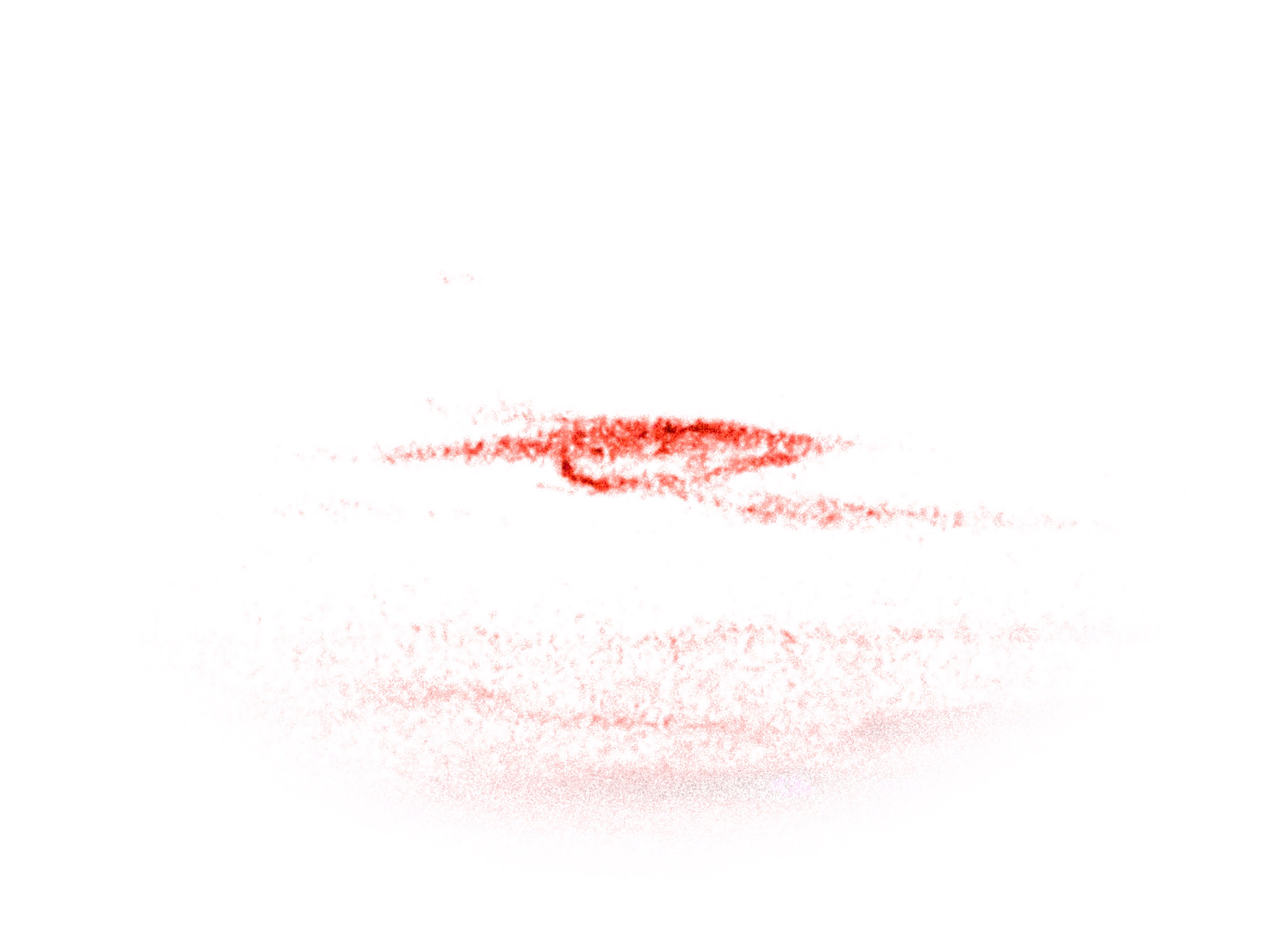 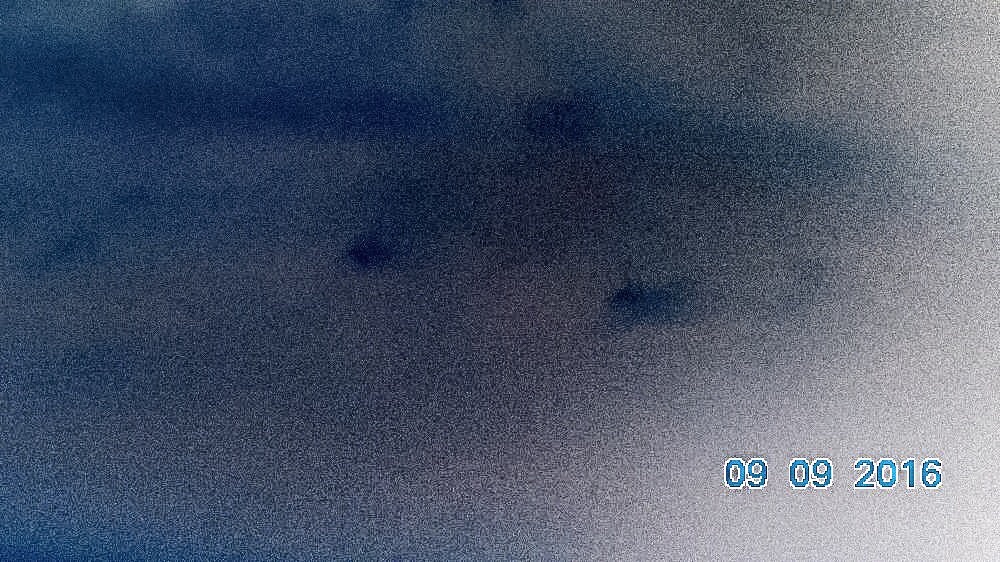 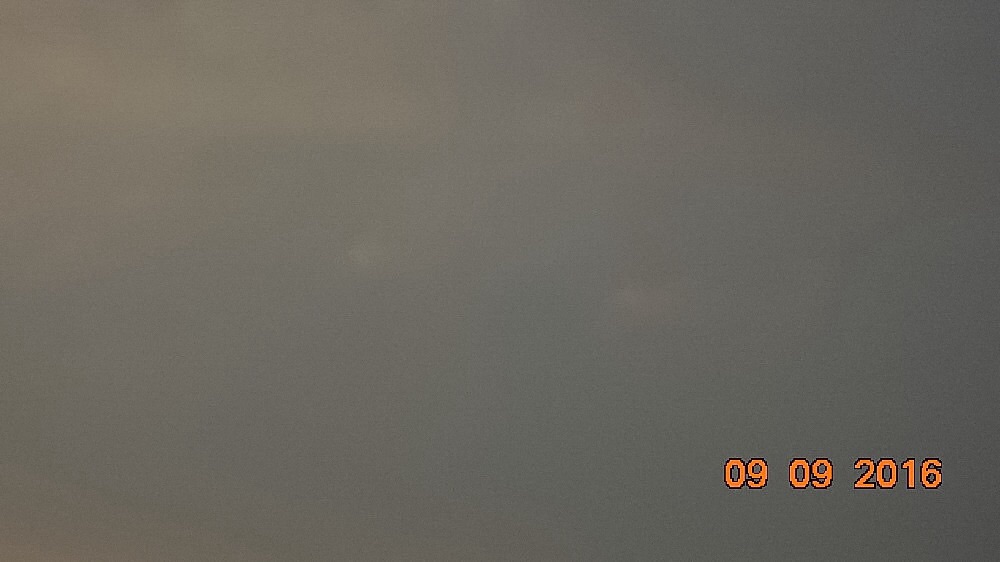 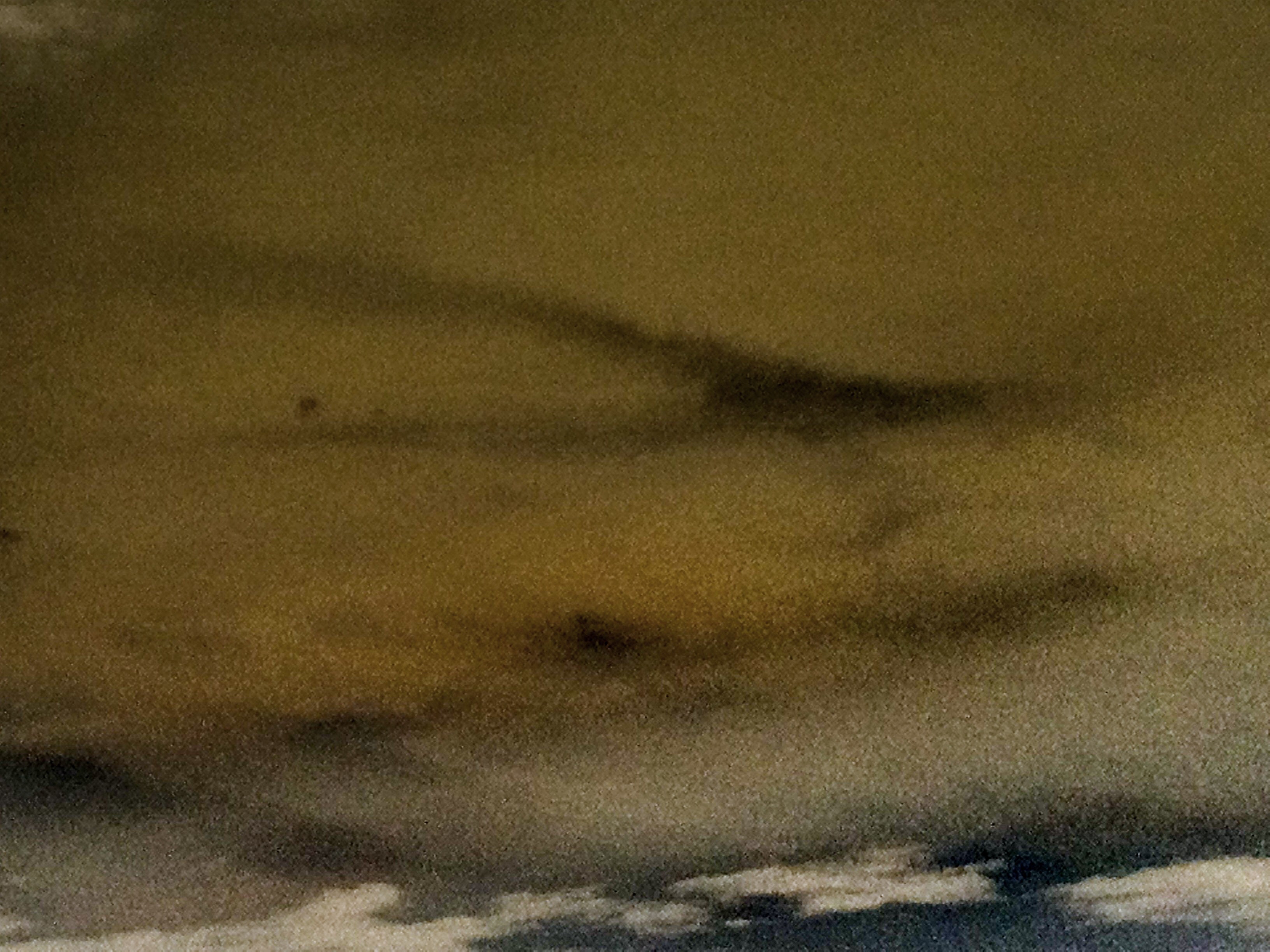 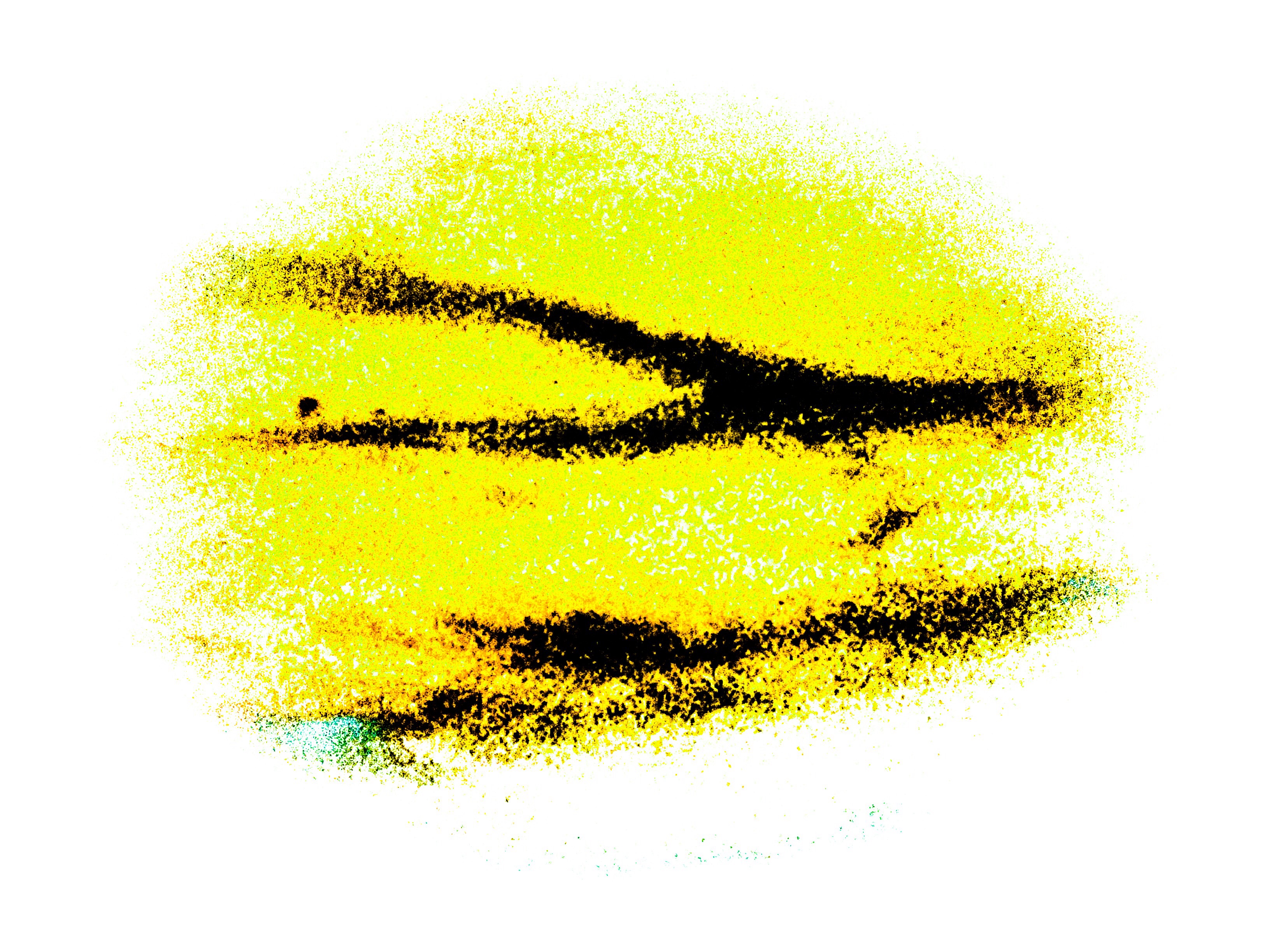 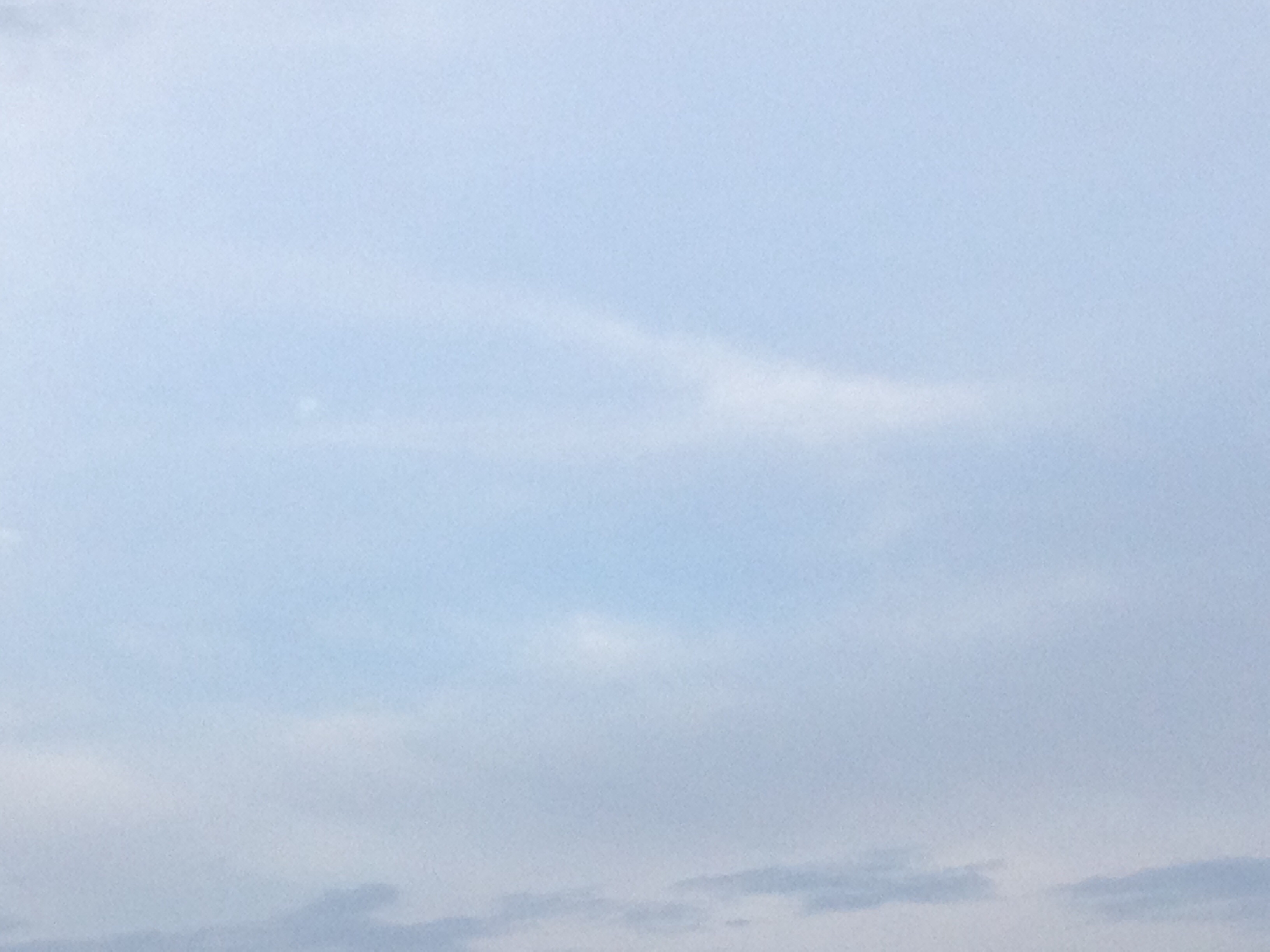 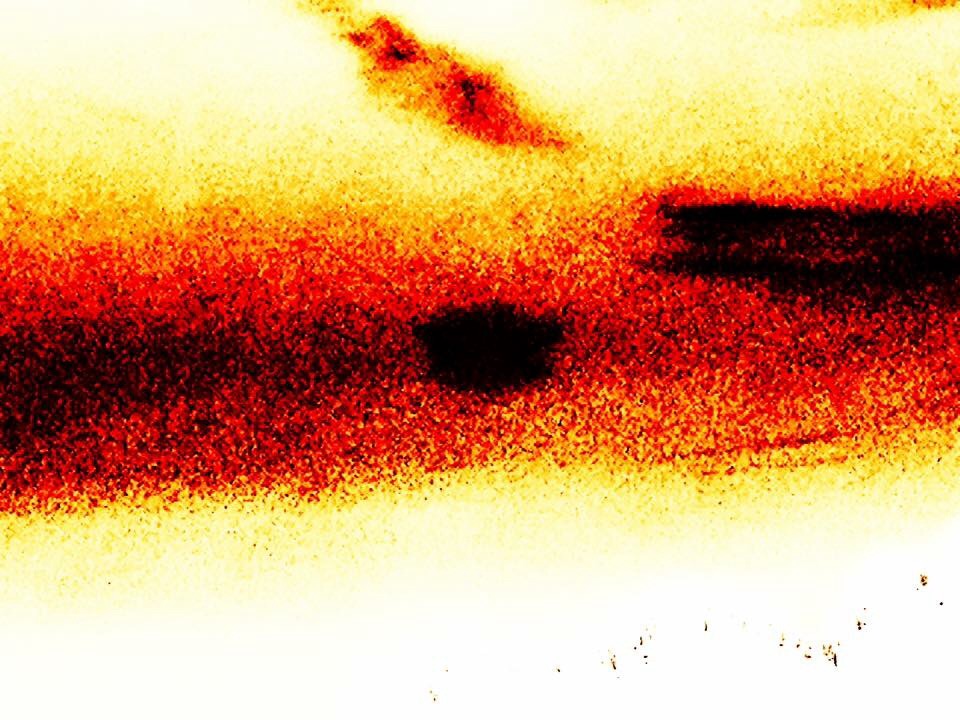 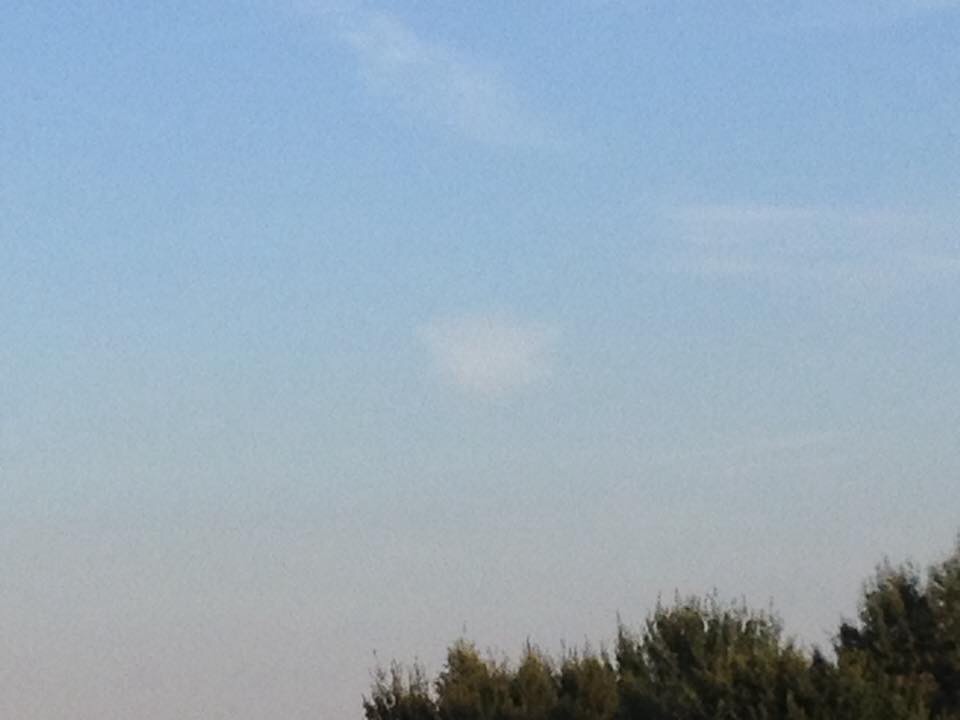 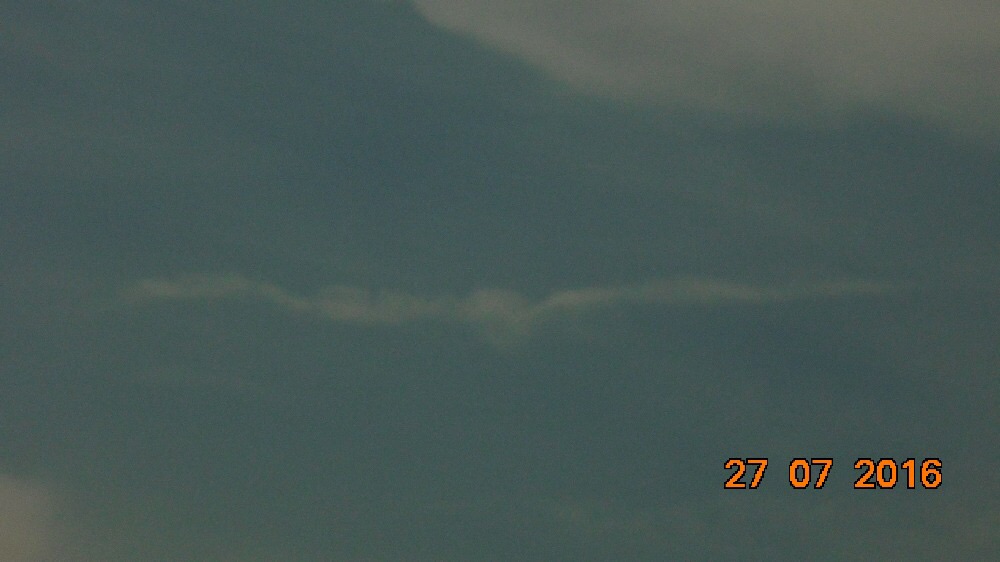 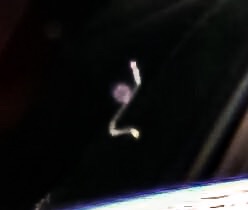 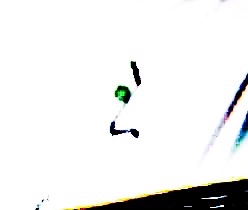 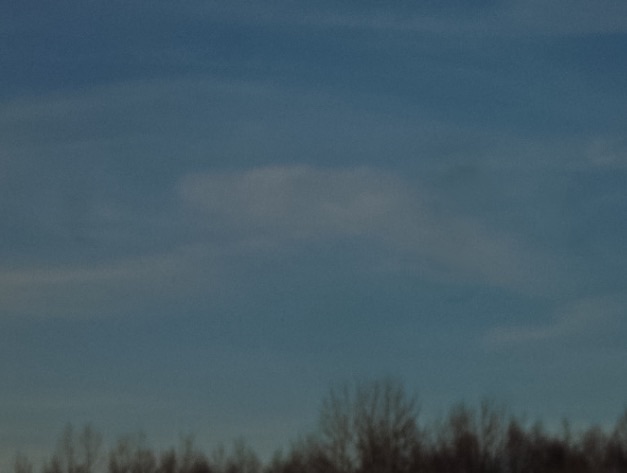 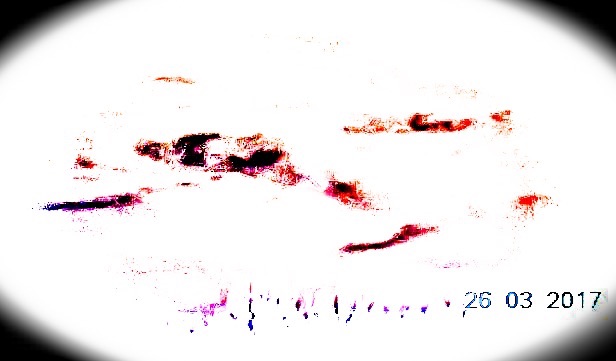 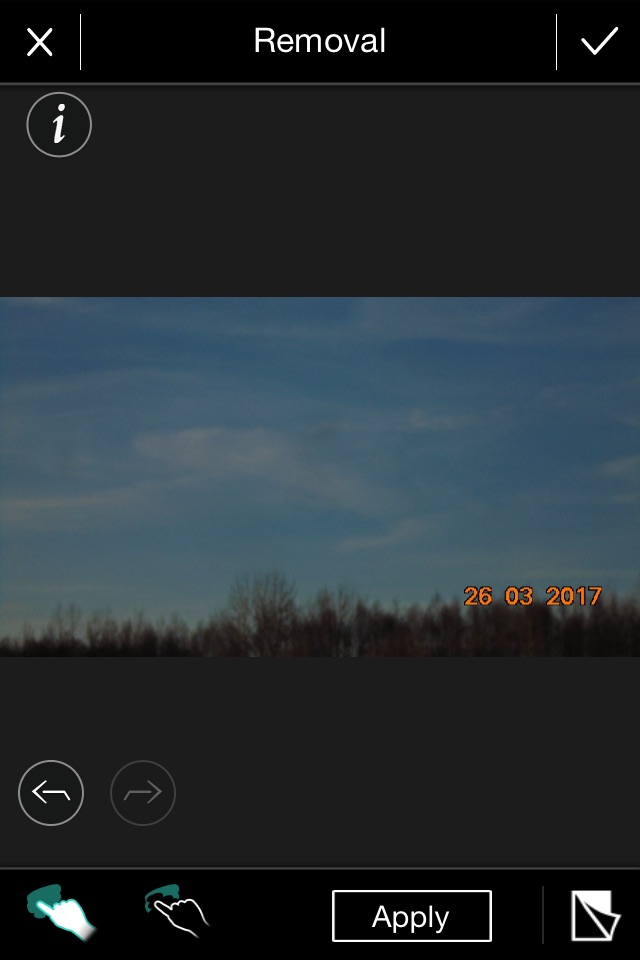 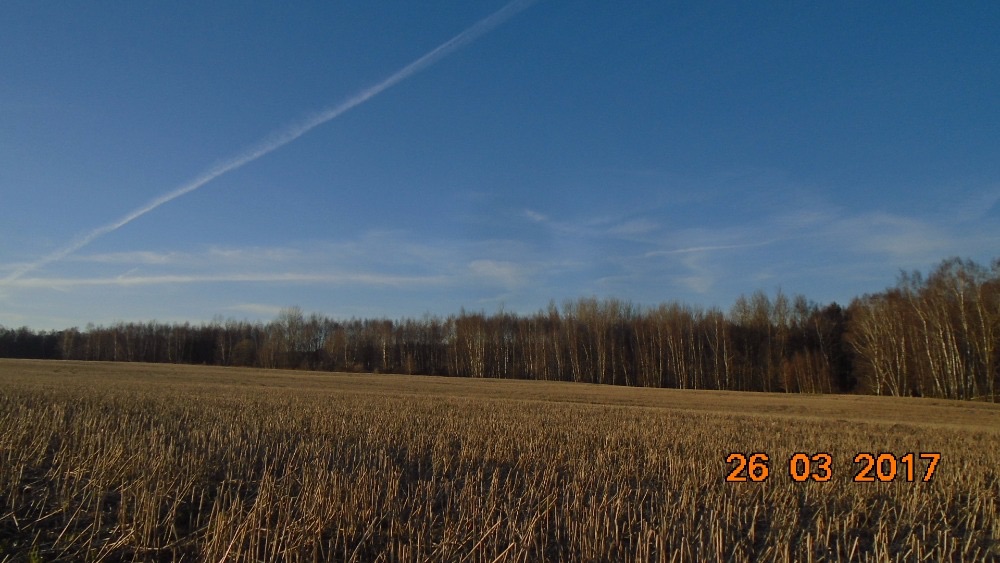 So needless to say you should be prepping! I have great info pointing to the fact that one way or another, after 23/9/17 things will not be the same. Best of luck to all!
edit on 13-9-2017 by EndOfDays77 because: www.abovetopsecret.com...


Presumably you do not see the irony in the fact that posters on here have been discrediting your posts and predictions for years when you have been saying Planet X disaster will be "soon" and "imminent" for years (and still are) and none of your predictions have come true. No one needs to discredit your predictions, because they are discredited when nothing that you predict actually happens.

You post endless photos of clouds/sunsets/sundogs/lens flares etc and claim that Planet X is at 2 o'clock next to the sun (where according to you it has not moved from that position for ages) so perhaps you get on people's nerves because you clog up these boards with endless drivel. It only ever "shows" in photos and no one can actually see it for themselves (there's a massive clue for you).

A prediction of my own for you - the 23rd September 2017 will come and go with no Planet X and you will move your date and still be on here posting photos of clouds etc. claiming that doom is "soon", "imminent" and so on.

You have no proof, just a belief. If you have an open mind, does it ever occur to you that maybe, just maybe, you are just wrong? And that you have been wasting people's time and wasting your life on this nonsense?

posted on Oct, 7 2017 @ 11:00 AM
link
All please takes your seats and relax, I can assure you that God, Universe, Creation or Whatever name helps you sleep at night has other plans.

So please stop the panic and instead focus on your loved ones, those in your circles that need help and try to find a way to help the world instead.

Humanity has much to go through not to mention the 1000 years of peace, yes there will be something big that will finally bring all nations together as humanity instead of separate as race, religion or country. Yet we must remember
it is through this specific events that we will finally know a 1000 years of true peace.

So relax and do good for the sake of good

posted on Oct, 7 2017 @ 11:01 AM
link
23rd of September bared no true significance other than specific celestial body positions that were promised.

So no End of Days yet please instead go back to caring for one another and helping each other out instead of flooding us with more End of Days dates.

I believe it "begins" this fall/early winter. It feels so close it is palpable. On the cusp.

But everybody likes to consider their truth "The" truth these days. I personally think all of the fake love and fake truths have lead us to this point. It was the love of lies that brought us here. A shadow truly spreads over the land and the bell is about to toll.


originally posted by: WonderingDreamer
23rd of September bared no true significance other than specific celestial body positions that were promised.

So no End of Days yet please instead go back to caring for one another and helping each other out instead of flooding us with more End of Days dates.