My interesting morning with a cell phone company!

My wife and I have been reducing our monthly bills due to lack of money! well we got our cable suspended and I thought I'd be smart and use our tablet so my wife can watch her soap opera on CBS! Bad move, I didn't understand about data use! I do now! Expensive lesson learned

Ok, so we go and purchase a pre pay phone and now the bill is only $35 month from $ 140.00 ! so I call to close our old acct. they say they will suspend the acct till we reactivate it when the bill is current! so next day I get a text from the old cell co. saying that the acct. is suspended and there will be an additional $10 a month added to the bill!

But that's not what I wanted! I want the acct closed, period. I realize that I will owe for canceling and finish paying for my phone and the tablet!
and I'll just pay a bit monthly. Well I try to call them to sort it out and they have no phone numbers on their website! I Googled the customer service number with the new phone (different carrier) and the old company number connects me with the new phone's customer service! "weird" not really as I figured out that both my different company's phones are one in the same!

So I turned on my old phone and tried the number and it connected me to the company I was trying to rid myself of! So now I'm talking to a real person and I Explain that I don't want suspension I want cancelation!!! She tells me they won't cancel but they will work with me to get that expensive phone service reactivated! I reiterated my preference and she said they don't cancel, so I asked to speak with someone with authority to close my acct. NOW PLEASE! I was put on hold until it hung up on me! Great

I do know that this is all my fault!

1 not doing my homework!
2 company loyalty doesn't matter anymore, we've been with this carrier since they were Airtouch! 1993 or 94
3 They say we want to work with you! because our customers are important to us! yeah right as long as I owe you money, haha
4 Obfuscation to the point of ridiculousness

I'm wondering if anyone has had similar

Everyone atoms me says getting out of a contract with one of the local cable-internet companies got have to say 3 times that you want to cancel before they will actually cancel you. That is with former employees confirming that is the case.

I'm not totally sure what you can do. If you get them on the phone again maybe say you want to cancel, and when they don't just say you will sue them.

Everyone atoms me says getting out of a contract with one of the local cable-internet companies got have to say 3 times that you want to cancel before they will actually cancel you. That is with former employees confirming that is the case.

I'm not totally sure what you can do. If you get them on the phone again maybe say you want to cancel, and when they don't just say you will sue them.


When you call them next start by saying you want to talk to a supervisor. They will say well I can help you. Reiterate that you would like to speak to a supervisor. If they press you on why then go ahead and explain that you have already talked to someone and they said that it can't be done at this level. Sometimes they actually can take care of it and at this point will. If not then press for a supervisor and be sure to let them know that you were put on hold and hung up on. Be sure to be very polite no matter how pi$$ed you are getting. I have done this many times in the past with different issues and have had great success. I even had a major cell company send me a $500.00 piece of equipment for free. You must be persistent and polite through the entire process. I can take all day so be ready for a long process. But often times persistence and politeness results in motivation at a lower level thereby expediting the process. Hope this helps.

we use driect debit for most bill payments

and if you cancel it - the banks refuse any further payments

Sprint tried that crap with me back in 2001 when I got stationed in an area that didn't have service for Sprint.

They wanted me to pay $250 to close out a service I wasn't getting after my bill was paid up before I moved.

I just didn't pay them.

They sent me hate mail for a few years, but eventually gave up.

Fast forward to 2010 I get my 1st smartphone through Sprint. They never mentioned my old account. I even told the girl at the store I activated at.

They are trying to get me to pay them over $200.00 to close out an account where the only service I got was a robotic voice telling me every 30 seconds, "Loss of Service". How can you lose service when you never had any?

I have emailed them, I have spoken to a rep on the phone and online. They keep saying they are going to fix it but it has been going on since last September and I keep getting bills from them and some stupid collection agency.

These businesses think that they have us by the short hairs and that we can't survive without them.

Well, that may be true for some but I went nearly 4 years without a cell phone and did just fine. If it were not for my job coming up with a new scheduling system and making it mandatory for us to have a cell phone, I still wouldn't have one.

The one I have now is with Cricket. It is a no contract phone that I can stop using whenever I chose and surprisingly enough, it is the only provider where I can actually get service out here in the woods.

They are all greedy crooks though.

after 7 years its written off, probably sooner when tey package and sell the debt to a debt collector.

Your credit takes a hit for a few years.

I won't do business with non prepay services because they're sneaky bastards who encourage you to go broke. I get unlimited 4g up to 4gb/month for $40 (3g above the 4gb cap). While I can do better im sure, i have no reason to save $5 when my current company hasn't let me down.

Thats why we have a land line high speed internet and phone, separate cable, 2 cell phones, 2 laps and a tab...and all can cast from the cell phone's data to our big screen...even the computer home screen casts to the 60" screen.

The costs are low overall...and we arent rich either.

Broken down...1 no contract cell phone with enough data to use it as a wifi hotspot...and all the devices can use it....but yes the high speed data goes fast...but we never lose data all together

I had 10 months to go on my contract, and saving $60 a month with Cricket meant that I'd break even in 10 months.

Verizon screwed me so many time with rebates, bad customer service, unethical billing practices.... I wanted out and finally saw the light.

imo, cell phones are a mature technology, there's no must-have improvements on the horizon. I can acquire a ok cell phone for $75 like a Droid Ultra, so no need to cling to a contract phone deal to have a workable phone.

Best part....Cricket gave me a giveaway priced deal on 2 nice LG phones. My $50 LG X-Power is just amazing. I'm used to Motorola phones, so I'm kind of picky. I forget the other LG model I got for $20, it's just a back-up. If you port your number in, they have great deals.
edit on 21-3-2017 by FlyingFox because: freedom

You are a saint lol

Maybe that works for you and you have a lot of time. But your method is step one and escalates very quickly for me. I seem to get results pretty quickly, especially if you threaten to go to the news 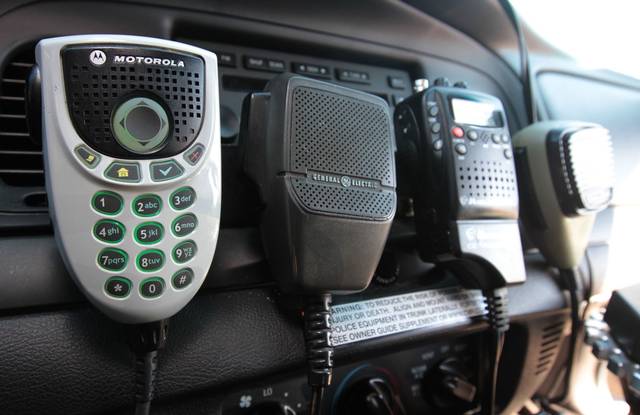