Have you read news lately,he has us in wars all over I hate when liberals discount facts,to help their lying cause,he has done nothing but get us into wars since office

Who exactly has Obama blamed that didn't deserve it?

The Russians for Hillary losing her own campaign .

A bit disingenuous and dramatic in my opinion if all they did (no proof) was leak emails.
edit on 30-12-2016 by CriticalStinker because: (no reason given)


Russian President Vladimir Putin has declined to engage in a tit-for-tat after the US expelled 35 Russian diplomats over the hacking scandal. He said Russia would not "stoop" to the level of "irresponsible diplomacy", and would work to restore ties with America under President-elect Donald Trump.
www.bbc.co.uk...

posted on Dec, 30 2016 @ 07:01 AM
link
We expel diplomats while Putin invite all US embassy workers and their families to the Kremlin.

Between this Obamacare and Syria, history will be very unkind to this failed President.

I think you have hit the nail on the head .Its more about the parts we don't know about that might seep out with a Trump POTUS . If Webb has half of his ducks correct and this gets out into the public the way it could then you can see maybe why these stupid desperate moves by Obama .

Neither Obama nor anyone is claiming that trump didn't win.
Thats the damn problem here. He's not saying that at all. but they did interfere and they committed crimes against our democracy and for that they need to be brought to task.
If the shoe was on the other foot I can't imagine the outcries of injustice from this crowd. You guys would be insane with righteousness.

He's not a failed president. Only the very uneducated and uninformed would ever make such a claim.
Honesty in thought is as important as in deed.

We're further in debt than before.

The unemployment number is a joke, while it's down many full time employees have had to go part time or take two part time.

Inflation went up dramatically, and again wages didn't (this one I won't blame on him, it's happened for decades. Though it still happened under his watch)

So go ahead and tell me the successes if you are going to say not approving of him is uneducated. That's quite a bold claim.

Who exactly has Obama blamed that didn't deserve it?
...

You forget that Obama has supported and endorsed BLM, and BLM is a violent and hateful organization which has openly called for the deaths of white people and police officers...

You forget that under the Obama administration he, and the people working under him, have labeled conservatives, and other people in the right, or anyone who would oppose any of Obama's policies as "possible extremists/possible terrorists". Under the Obama administration they have labeled Americans who believe in the 2nd amendment of the U.S. Constitution, veterans, people who fear communism, people who fear a one world government, etc as "possible extremists"...

Homeland Security Secretary Janet Napolitano said Wednesday that she was briefed before the release of a controversial intelligence assessment and that she stands by the report, which lists returning veterans among terrorist risks to the U.S.
...
“This report appears to raise significant issues involving the privacy and civil liberties of many Americans - including war veterans,” said Rep. Bennie Thompson of Mississippi, chairman of the House Homeland Security Committee, in his letter sent Tuesday night.
...

What's more, if you think this obvious attempt at oppressing dissent is only being done to the right, you are mistaken.

The Justice Department has stated that they see the SPLC (South Poverty Law Center) as a group that has been and will continue to help the U.S. government fight "extremism", yet the SPLC have stated they do not labeled people or groups as "extremist, or hateful" based on incitement of violence, or any violence but rather on ideology.

In the past I have shown how the SPLC has labeled Ron Paul, and Judge Andrew Napolitano amongst others as "extremists". The SPLC included people who believe in the 9/11 conspiracy theory amongst other beliefs.

...
And just who are the far-right luminaries helping guide Paul’s new endeavor?

One is Lew Rockwell, Paul’s former congressional chief of staff who now heads the Ludwig von Mises Institute, an Auburn, Ala., think tank with deep ties to the neo-Confederate movement. There’s Judge Andrew Napolitano of Fox News and journalist Eric Margolis, both 9/11 “truthers” who suspect that the Sept. 11, 2001, terrorist attacks may have been orchestrated by the government.
...

I am not a proponent of the 9/11 conspiracy theory, but to claim people are "extremist" for believing this theory, or other theories that go against any policy implemented under President Obama is a sign of an authoritarian government who does not want it's people to be free to make their own opinions and to dissent.

Last I checked the 9/11 theory was mostly espoused by the left, although of course there are people in the right who also believe in it.

Advocating violence, or inciting violence is never right, but the Obama administration has shown a disdain for the rule of the law, and for the American people.

What the Obama administration and the mainstream media has been doing is to label all forms of dissent as "fake news" and as a sign of "possible extremism".

If you think the "labeling of fake news" is new, you are wrong. The statements of the SPLC, the Justice Department, and officials within the Obama administration show they have been planning this for at least over a year now, if not longer.

The Obama administration has targeted anyone who dares not tow to the "progressive global goals" the globalists want.

They are claiming Trump won only because Russia supposedly intervened... There has been no evidence whatsoever that the Russians hacked our elections. NONE... Not to mention that wikileaks founder Assange, and a British ambassador who have met the leak have stated several times it wasn't the Russians... This is only an attempt by the DNC to implant doubt on the American people about the election of President-elect Donald Trump.

Not to mention, yet again, that what the wikileaks has shown is that the DNC and mainstream media are the ones who have been trying to influence and interfere, even illegally, our elections...

The DNC, the Obama adminitration and the mainstream media who are in bed with the DNC are the ones who truly tried to interfere with the U.S. elections, not the Russians. 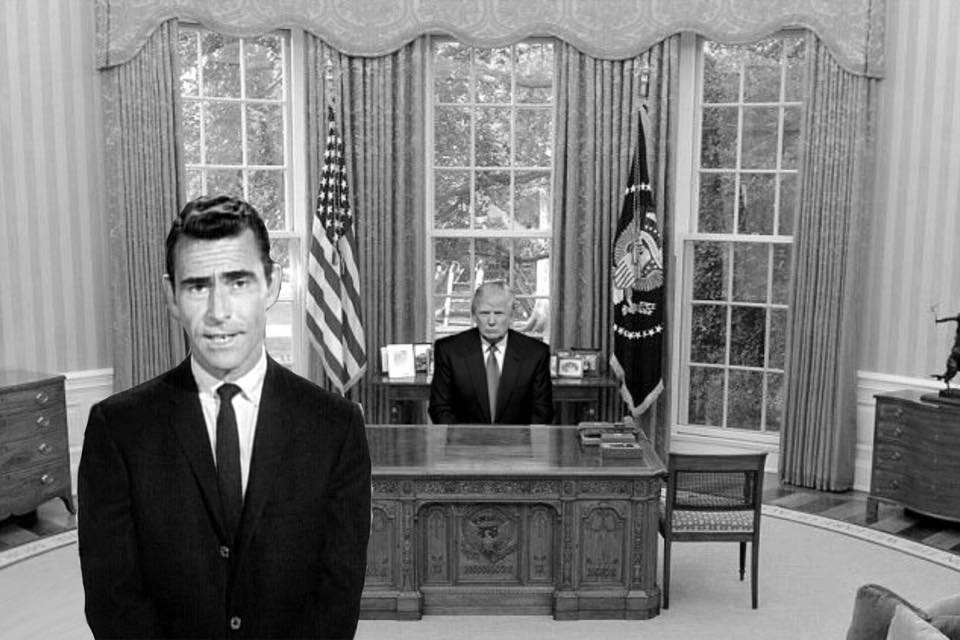 Personally I wouldn't mind better relations with Russia,
it is good for the world.
Obama is doing his best to slap world leaders in the face on his way out of office.

Diplomats are not a big deal,
A political move with no real substance,
so it is easy to shrug off by Putin and Trump.
It is Obama's last chance to smirk on his way out.

posted on Dec, 30 2016 @ 09:22 PM
link
Obama's christmas gift to Trump. This is simply being a jerk, a shot at President elect. I expect Obama and the DNC to throw quite a few more fits and trash the executive branch before vacating.
Obama is copying the GOP in North Carolina