posted on Dec, 15 2016 @ 12:08 PM
link
A new story reported by an NBC article is claiming Russian Vlad Putin was personally involved in the interference with the U.S. election !!

Of course this comes based on (dis)info provided by "Two senior officials with direct access to the information", and "a high-level intelligence source told NBC News".

The claim is Putin personally directed the whole escapade !!!

And, it started as a vendetta against Hillary Clinton !!!

They really are going wild with this Russian thing aren't they.

Two senior officials with direct access to the information say new intelligence shows that Putin personally directed how hacked material from Democrats was leaked and otherwise used. The intelligence came from diplomatic sources and spies working for U.S. allies, the officials said.

Putin's objectives were multifaceted, a high-level intelligence source told NBC News. What began as a "vendetta" against Hillary Clinton morphed into an effort to show corruption in American politics and to "split off key American allies by creating the image that [other countries] couldn't depend on the U.S. to be a credible global leader anymore," the official said.

So if this is true he basically saved us from Hillary Clinton and WWIII? Not to mention Hillary was receiving direct donations to aid her from the Saudis, Chinese and others foreign powers.

Apparently influence in U.S. elections must be paid for in cash.

I can say that Russian agents have indeed hacked the DNC with the purpose of appointing of Donald J. Trump as POTUS in order to secure amiable terms. I attest to this as a Russian agent that has infiltrated the American society and has kept my cover intact for over 15 years now. It is no longer necessary to keep it because we have already won. There is no stopping the Slavic people.
edit on 15-12-2016 by ksiezyc because: Grammar

Each day it just keeps getting loonier.

What a crock-of-sh!t, no names, no sources, no proof...just crap made up to sound 'official'.

posted on Dec, 15 2016 @ 12:31 PM
link
Why do people believe Russia wouldn't try to influence this election, or the last one, or the one before that? Standard rival geopolitics.

Every rival nation tries to influence their opponents at every chance whether you hear about it on the news or not.

I'm starting to have respect for these Russian propagandists. Powerful stuff to convince the citizens of a rival nation they'd rather elect a foreign backed leader as president.

The first sign you're being played is thinking you came up with your thoughts on your own. Especially when those thoughts are echoed by most of what you think of as "news" from dubious sources.

I bet a cia raid would bring up a six pack of empty jolt cola cans next to a vintage pentium machine that is bypassed right into the main phone line.

I love the wording It bring me back memories of how the Bush administration used same tactics on wording in order to invade the middle east.

Now with that said, I remember after hearing the news story I say to myself, this people are full of crap.

In America is ok to believe some sources by some highly intelligent ones regardless of who are they or them, it can be the Easter bunny or Santa Claus.

What that tells about US Americans or rather what the so call politicians and news media, what they think of the American people.

That we are dumb and stupid.

I say to the so call sources, show me the prof, if don't have it you are full of crap

BTW what in the heck are we still listening to the news media didn't they got caught on the fake news media scandal?

Oh bullocks, what a load of hooey. And again...Obammy DID interfere in Israels election, they need yo bark up an actual tree

Vlad didn't even pay anyone to achieve this election result.....he just swaggered in...accomplished his mission...and waltzed out.....

America still has Obama....but the world has Vlad.
I wish he was my father...

I wish we had a fake news section in this Forum.. Great place to post stuff like this..

Are you going to pay for their cab?! We can't let propaganda drive home drunk! 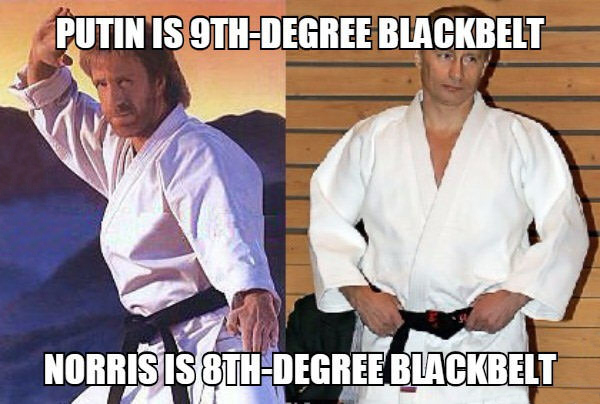 Weirdest thing I've seen in decades! And its all over the MSM outlets, being repeated every hour, even on local radio and TV outlets.

And all this in the face that even at the Wall Street Journal, yesterday was an editorial pointing out that there's no evidence linking the Russian Gov't, and/or Putin to either the hacking or the leaks.

I'm utterly done with the US MSM. They've entirely sold their souls to the Leftist, Marxist wing of the Democrat party.