posted on Dec, 5 2016 @ 09:42 PM
link
I've spent the past 3 months procrastinating/drawing this project which was assigned for my drawing class. The topic could be freely chosen. Unlike most of my drawings, I used multiple references which were cropped/edited. If anyone wants me to post the references for credibility sake, just ask. I've had a few people go off on me because of that which I'm not entirely surprised considering I'm looking directly off the reference(s). Anyway feedback is always appreciated. 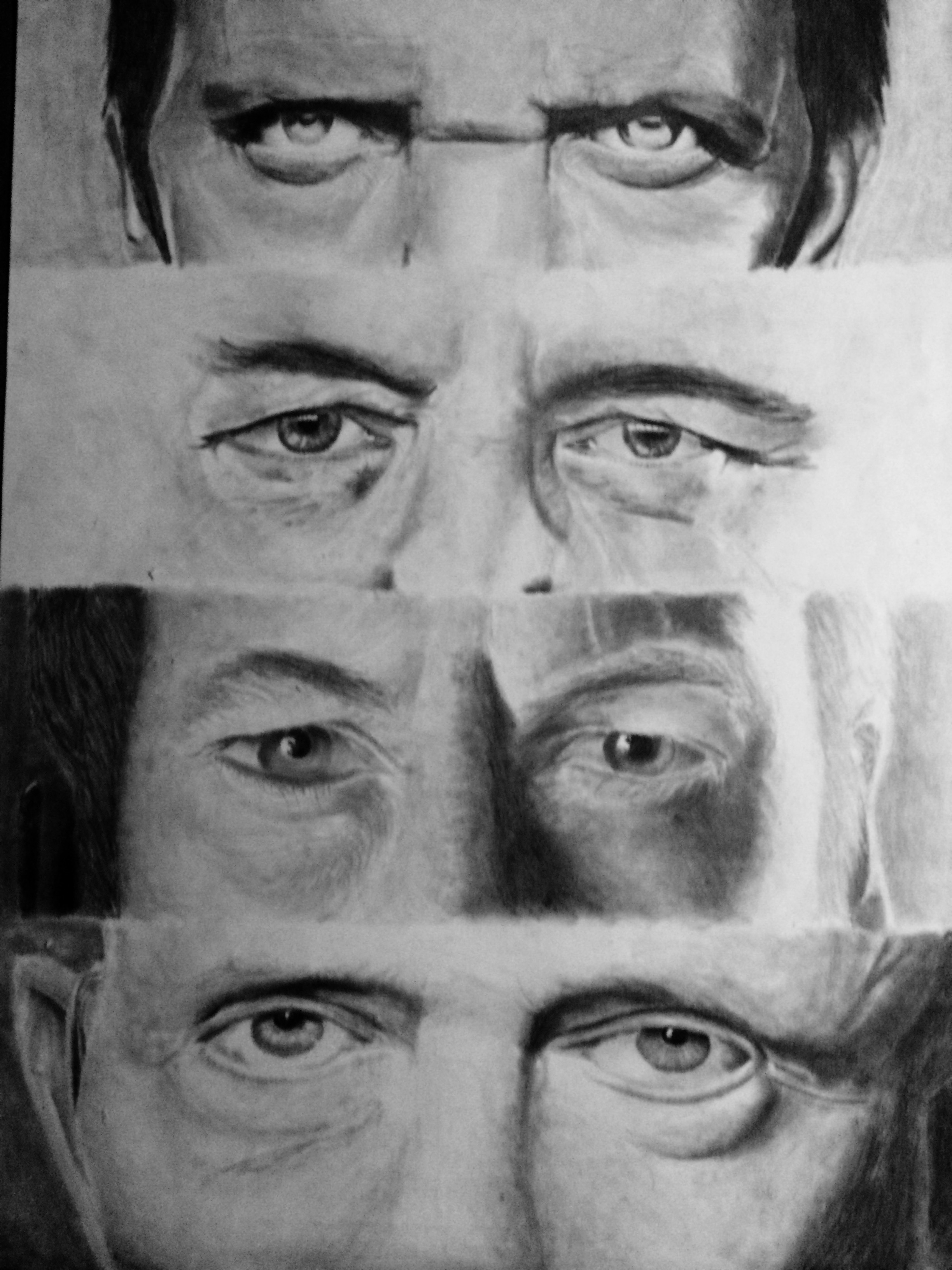 I might go back and make little touch-ups here and there before Wednesday when it's due. I noticed that scaling isn't exactly on point in some places which I can't do much about at this point.
edit on 5-12-2016 by golden23 because: (no reason given)

posted on Dec, 5 2016 @ 10:24 PM
link
Fantastic ! Such realism..The shadowing and style is reminiscent of actual 1940's black and white newspaper photos.
I'd love to see you do a vintage style mock up front page news drawing with characters from current politics.

Why did you draw the side of everyone's face except Spacey's?

What size is that?

Reminds me a little of the self-portrait that I drew and am using as my avatar (background).

Which drawing class is this for?

I scaled it so that even if I filled that part of the paper, there wouldn't be enough space(pun intended) for the ears. Or if there was it would be a small part of the ear. I thought fading it out would be a better option.

Right on...that's some good stuff for high school drawing. Keep it up!