Telegraph employees tweet out time to assassinate a president 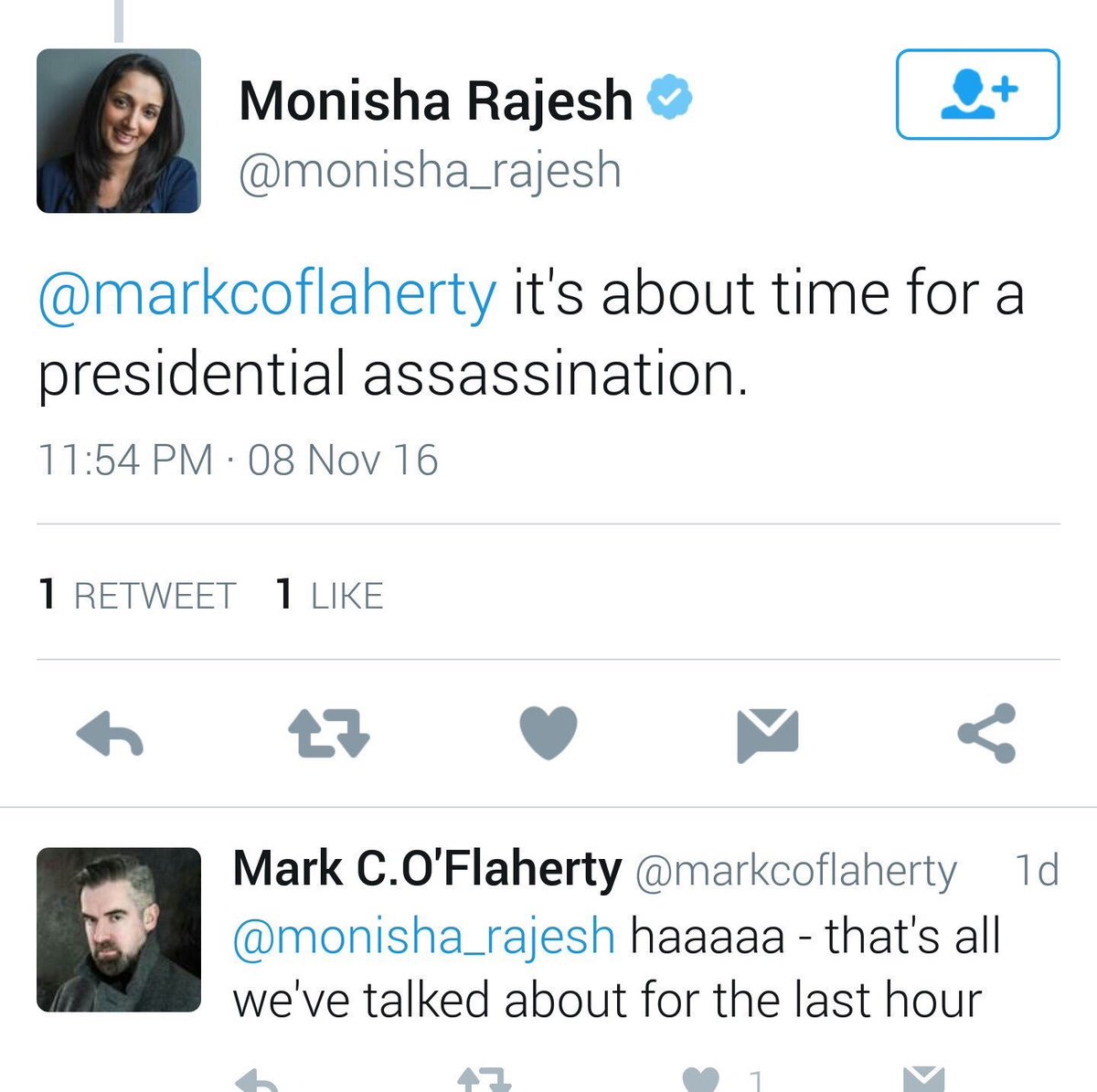 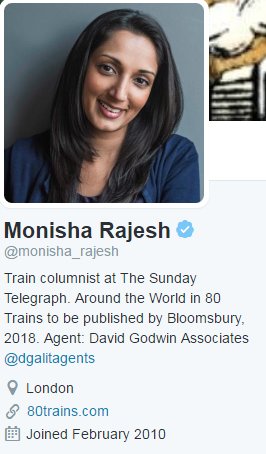 And this went private. 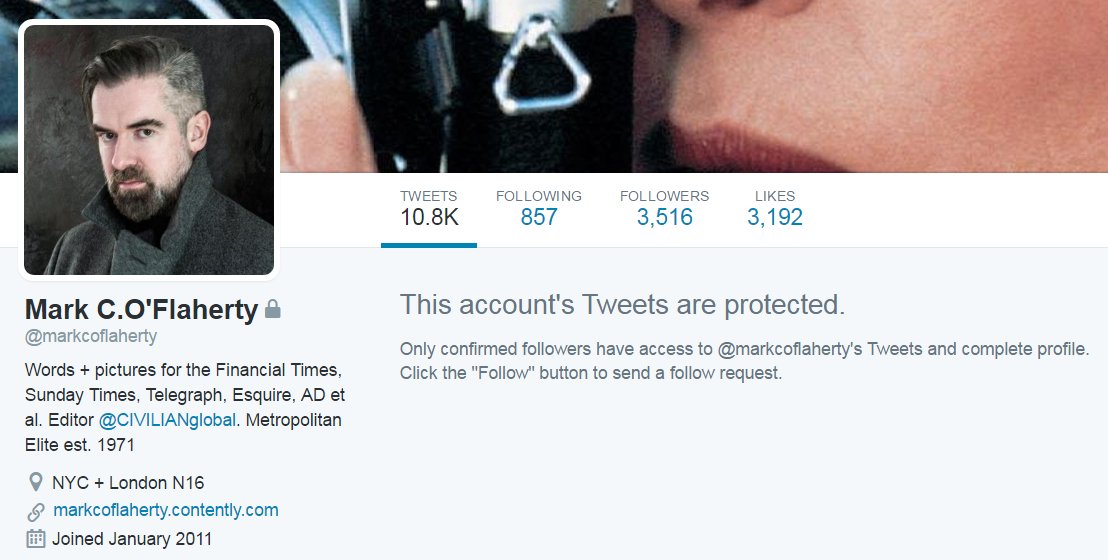 So let this sink in.
official representatives for Telegraph went on a widely popular social media service and said this stuff. this is pushing already volatile people to plan on assassinating a president.


you can comment now, the next bit is me just on a rant. read or not, I just feel the need to do a bit of bitching:


So up until a couple years ago, I considered myself a pretty strong liberal, edging on progressive stances overall. I like to think I had some balance overall, but I did do the identity politics a bit, and I still do want to genuinely help out when I can if people are being jerks. If I see racist bullcrap going on, I will start hammering the racist jerks (actual racism though, not the watered down nonsense. I live in the deep south and racism to me is a pretty specific hardcore thing, not discussing "white washing movies" and nonsense like that. (although dammit, motoko shoulda been Japanese..thats beside the point).

About 2ish years ago, I realized just how far and deep the fringe leftists have gone, identity politics became not just a consideration, but the centerpiece and so encompassing that that's all there is. from there, anything white was bad, anything masculine was toxic, anything cis was bigoted, anything not on the outermost fringe left became a right wing mentality..and it went mainstream.
fitness became fat shaming, pride in country and family became colonialism and patriarchy. etc...and its only been getting worse.

Well, what happened in this election sucks, we got a president who is installing a creationist as the department of education. a GW denier as the EPA chief, I expect the Marlboro man will be the surgeon general.
And you know what..good..GOOD! because the left has gone soo far off into insanity that this is a much needed punch in the nose to get them back to the center and sanity.

But whats going on here and now is remarkable.
There are mainstream media now starting to tweet out murdering a elected president. this seems more than just a ideological difference, this seems like a very gigantic movement that lost something and is now in a murderous insanity.

We needed a 4 year punch to get sanity back..but this is making me wonder if the left should ever be considered capable to hold office again if losing means rioting, calling for murder from the media, etc.

ok, rant over..its unfocused and just really steaming me now because the left is where my home is, and its been taken over by a bunch of anarchists, communists, and the most vile people ever created from the bowels of demons.

Anyone who is left in the liberal party with a bit of sanity should step away and help me throw rocks at these enemies..because as long as they stay there, I will be helping make sure they are neutered

yeah, fire her and then throw the book at her.

Insane. Someone should show her the horrors of death and murder.....then ask her if she wants to promote such to millions of people.

My patience buffer for these people is at near zero.

Such sore losers. No responsibility for their actions.


There needs to be charges, and a formal apology from Telegraph.

There is one thing for a media person to talk trash...another to use their influence to suggest assassination.

posted on Nov, 10 2016 @ 10:33 PM
link
Id like to hope so, but I fear this will be the last we hear of it. She's also a minority', that makes a double pass from leftist governments a reply to: MysticPearl

This interesting that foreigners are calling for assassination of an America president, she just lost any chances to get a visa to come to the US.

Foreign radicals trying to influence America, perhaps we are starting to see how the sleeping cells will start targeting around the nation.

A call have been made by that woman, I wonder.

I agree. They both should be charged and the Telegraph should issue an apology.
I expect some nutcase out there will try to get him. Already happened once.

This kind of talk is completely illegal. Once President Trump finds out about this, he will be able to send his attorney(s) to get one hell of an extradition order that will let them face the felony crimes they have committed! We have freedom of speech in the USA and UK, but that is one thing that has ALWAYS been illegal to say. I want to see the President go after these idiots, so as to prevent further things like this from happening.

Not only that but Trump being offed will make things ten times worse for liberals. What are some of these people thinking?

Hope they were fired.

posted on Nov, 10 2016 @ 10:43 PM
link
Location, location, location..... I'm loving the South. Seems we don't have time for this nitwit behavior. That's not to say we havn't had problems. Look a month back in Charlotte, but all in all that junk wouldn't fly here.

I fear the worst, but hope for the best.

The rest of us need to condem statements like this in the strongest terms. Otherwise, we are guaranteeing a very dark future.

I can only wonder how many of this radicals are within those protesters in the streets right now.

Even without her tweets, US main stream media, esp CNN, has shown people who advocate death, and use there own people as a protester expressing rage. The media is losing viewers and want to provoke dissent to get viewers.

I'll repeat in part what I wrote in another post...

Our country seems to be falling apart at the seams.

It doesn't surprise me there are protests in the streets screaming 'Not my President'. Those people are the victims of the grandest conspiracy of them all.

Only we...the people...have the power to stop this dead in its tracks.

If we don't....then we are all responsible for what will follow.

posted on Nov, 10 2016 @ 11:51 PM
link
a reply to: SaturnFX as far as I am aware as much as we have freedom of speech we also have hate speech laws which can get you arrested and prosecuted, especially if you say something that could be seen as to insight a riot or violence. Calling for the murder of even joe Average openly on social media is bad enough, but to call for the assasination of a president, be it your own leader or one in another country is absolutely against the law, and worse still it comes from two employees from a reasonably trusted news paper. I hope they throw the book attack them, just like they have done to stupid kids mouthing off in sarcastic jest on social media about killing people/terrorism.