posted on Nov, 7 2016 @ 03:22 PM
link
So the brain stimulation is a device that has 5 electrodes they put on your skull that transmit weak current to your brain. Proven successful this clears the way for military personal to wired up at crucial times.

But some scientists are concerned that it isn't safe, and worry about forced usage if approved for military use.
Previous studies have shown that giving certain areas of the brain a small zap can increase the brains cognitive ability by helping neutrons fire better.
This can help drone pilots try to stay on task during long boring tasks. Brain stimulation kits are not regulated, you buy them over the internet.

We will see if this is truly deemed safe, technology marches on.

US military scientists have used electrical brain stimulators to enhance mental skills of staff, in research that aims to boost the performance of air crews, drone operators and others in the armed forces’ most demanding roles.

The successful tests of the devices pave the way for servicemen and women to be wired up at critical times of duty, so that electrical pulses can be beamed into their brains to improve their effectiveness in high pressure situations.

The brain stimulation kits use five electrodes to send weak electric currents through the skull and into specific parts of the cortex. Previous studies have found evidence that by helping neurons to fire, these minor brain zaps can boost cognitive ability.

The technology is seen as a safer alternative to prescription drugs, such as modafinil and ritalin, both of which have been used off-label as performance enhancing drugs in the armed forces.

But while electrical brain stimulation appears to have no harmful side effects, some experts say its long-term safety is unknown, and raise concerns about staff being forced to use the equipment if it is approved for military operations.

Others are worried about the broader implications of the science on the general workforce because of the advance of an unregulated technology.

In a new report, scientists at Wright-Patterson Air Force Base in Ohio describe how the performance of military personnel can slump soon after they start work if the demands of the job become too intense.

“Within the air force, various operations such as remotely piloted and manned aircraft operations require a human operator to monitor and respond to multiple events simultaneously over a long period of time,” they write. “With the monotonous nature of these tasks, the operator’s performance may decline shortly after their work shift commences.”


But in a series of experiments at the air force base, the researchers found that electrical brain stimulation can improve people’s multitasking skills and stave off the drop in performance that comes with information overload. Writing in the journal Frontiers in Human Neuroscience, they say that the technology, known as transcranial direct current stimulation (tDCS), has a “profound effect”.

For the study, the scientists had men and women at the base take a test developed by Nasa to assess multitasking skills. The test requires people to keep a crosshair inside a moving circle on a computer screen, while constantly monitoring and responding to three other tasks on the screen.

To investigate whether tDCS boosted people’s scores, half of the volunteers had a constant two milliamp current beamed into the brain for the 36-minute-long test. The other half formed a control group and had only 30 seconds of stimulation at the start of the test.

According to the report, the brain stimulation group started to perform better than the control group four minutes into the test. “The findings provide new evidence that tDCS has the ability to augment and enhance multitasking capability in a human operator,” the researchers write. Larger studies must now look at whether the improvement in performance is real and, if so, how long it lasts.

The tests are not the first to claim beneficial effects from electrical brain stimulation. Last year, researchers at the same US facility found that tDCS seemed to work better than caffeine at keeping military target analysts vigilant after long hours at the desk. Brain stimulation has also been tested for its potential to help soldiers spot snipers more quickly in VR training programmes.

Neil Levy, deputy director of the Oxford Centre for Neuroethics, said that compared with prescription drugs, electrical brain stimulation could actually be a safer way to boost the performance of those in the armed forces. “I have more serious worries about the extent to which participants can give informed consent, and whether they can opt out once it is approved for use,” he said. “Even for those jobs where attention is absolutely critical, you want to be very careful about making it compulsory, or there being a strong social pressure to use it, before we are really sure about its long-term safety.”

But while the devices may be safe in the hands of experts, the technology is freely available, because the sale of brain stimulation kits is unregulated. They can be bought on the internet or assembled from simple components, which raises a greater concern, according to Levy. Young people whose brains are still developing may be tempted to experiment with the devices, and try higher currents than those used in laboratories, he says. “If you use high currents you can damage the brain,” he says.

In 2014 another Oxford scientist, Roi Cohen Kadosh, warned that while brain stimulation could improve performance at some tasks, it made people worse at others. In light of the work, Kadosh urged people not to use brain stimulators at home.

originally posted by: jellyrev
a reply to: seasonal

No it isnt lol.
Modafinal actually is pretty strong stuff i know. Its a drug for narcolepsy and it will make you feel hopped up for a bit. You can only take it for a few days at a time. I felt it helped get tasks done that are easy but had the ability to make you scatter brained too. Thinking ability didnt change that much however energy levels are great and you will find you dont get bored as easy.

I will have to take your word for it.

Imagine being plugged in to a battery pack that is zapping your brain, so you can complete your insertion, assassination/recon mission, then egress in the cover of darkness.

I'm sure they'll do in-depth studies to ensure the safety of the servicemembers they're zapping. /sarcasm 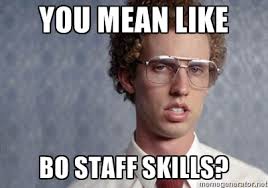 originally posted by: cosmania
Well, I guess they're actually looking at this for operational use.

We've been farting around with a big assortment of these things. The Halo unit they're talking about is one.

The effect is subtle. It also depends on the user. If you're able to focus on task anyway it's even MORE subtle. The big benefit seems to be with operators who have *ahem* shorter attention spans. Like bravos.

posted on Apr, 3 2017 @ 08:30 PM
link
The addition of this product when stopped could result in symptoms similar to addiction withdrawal.

Depression could factor in.

Neuroplasticity refers to the ability of the brain to change throughout life based on experiences. The way that transcranial direct current stimulation functions could be due to the plasticity concepts of long term potentiation (LTP) and long term depression (LTD) since the two share some basic similarities. Long term potentiation is strengthening of the connection between two neurons while long term depression is weakening of the connection between two neurons. These effects are achieved mainly through an alteration of synaptic transmission ability. LTP enhances transmission and LTD hinders transmission. Likewise, tDCS stimulation involves the alteration of synaptic transmission ability through modifications of intracellular cAMP and calcium levels, as well as glial activation.[19] Also, both LTP, LTD, and the effects of tDCS are protein synthesis dependent. It is for these reasons that LTP and LTD are proposed mechanisms of the function of tDCS.[15][18]

Its possible that if one starts using this technology, perhaps outside of a clinical environment for purposes of medical care, they will need to use it for the rest of their lives.

posted on Apr, 3 2017 @ 08:50 PM
link
To put it bluntly if one were to use this technology solely of brain performance enhancement in relation to work?

The brain would acclimate to the new levels of input.

Remove the technology and a process of acclimation would occur resulting in the brain eventually retuning to prior levels of functioning, indicative of prior to accessing the technology.

So could we maybe safely assume that this is for the gold fish type of people? Give em a little boost?