Edit, Something is definitely going on, Apparently there's a war going on between the DOJ (Kadzik/Lynch/Others) and the FBI.

second edit, these documents are about President Bill Clinton’s pardon to fugitive financier Marc Rich, but the investigation was eventually handed over to COMEY who elected not to seek charges.


Is this a warning shot to Comey, Or the Clintons???

Pay very close attention! Something big is going on. Are they flooding us with information to keep us occupied or finally going to bring the Clintons to an end?

The documents are from the FBI Vault.

FBI Records Vault on Twitter - they tweeted the link!

William J. Clinton Foundation: This initial release consists of material from the FBI's files related to the Will...

So you think they have just invented this story?

You may want to check the FBI page....

originally posted by: ColaTesla
I will be honest here, ive have no idea what this is about yet of what it even means, But i think the FBI is at war with the DOJ, Or the clintons, This has just dropped a few minutes ago, If anyone knows any more about this, Feel free to add it in the comments

Edit, Something is definitely going on, Apparently there's a war going on between the DOJ (Kadzik/Lynch/Others) and the FBI.

Other strange things happening as well, Michelle obama and other are removing Tweets from their twitter accounts.

I love the smell of napalm in the morning!

Records added yesterday! Twitter handle barely had ANY activity before that. I say more smoke.
edit on 1-11-2016 by Stevenjames15 because: (no reason given)


Here is the appropriate link:


Dig a little deeper into the FBI site, maybe even try the link given above. You need to go to the vault. Yes there is stuff there.

Hillary's double-dog-daring bluff of the FBI has been answered with a shot across the bow of the USS Corruption.

posted on Nov, 1 2016 @ 01:56 PM
link
Hillary and Mook already said the FBI is just a wing of the GOP. Don't be fooled by the kaleidoscope of the FBI even though they were fine with it a month ago and said it was beautiful and you should look in it.

And ALL those dead folks on The Clinton Cabal™ "body count" ALL died of "smoke inhalation" ALL except the one guy who shot Himself thrice in the BACK of His own melon. He evidently was an acrobat prior to coming into contact w/the VIRUS which is the Clintons™...

Even "cute lil Chelsea" is a $$$ grubbing Soul married to a BROKE Goldman-Sucks flunkee who ALL of a sudden became 'liquid'...

"DON"T LOOK AT THE ZIONIST™ PULLING THE STRINGS..."-The Clinton Fraudation™


*** This is NOT an endorsement for Drumpf; the 2nd biggest CROOK in this race ***

Looks like a large number of purged pages.... the first few pages seem to indicate evidence logged for this case, (is it still in FBI custody?)

Queries into a redacted donor to the DNC and Clinton foundation.. from reading about this in the open, the donor was allegedly Marc's wife....

Perhaps others can dig more out of this release.... just sharing what popped out for me..

Also, wondering if the FBI held evidence in one of the WTC buildings that were destroyed on 9/11/2001.. tower 1 tower 2 WTC7? any of those associated with FBI evidence storage?

So umm, do you think that when Hillary and the Dems demanded that Comey release everything they have that they kind of woke up the sleeping giant? 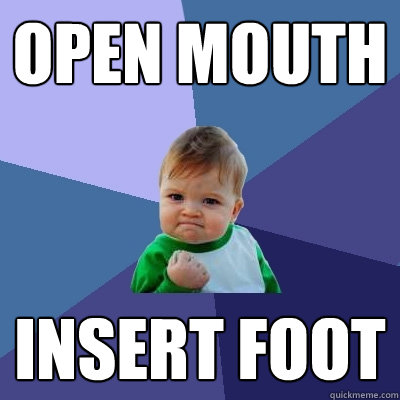 posted on Nov, 1 2016 @ 02:08 PM
link
Kind of wondering what the 8 cellophanes contained and the 3 red ropes contained. Typically in an FBI investigation, cellophanes refer to what you would see around a box of smokes...the clear cellophane.

And 3 red ropes that contained something?

That is just odd.

I'm seriously getting tired of the laziness of people who only look at the source of the reporting, rant against it because they disagree with its left- or right-leaning ideology, and then disregard the information altogether. I mean, the direct link to the FBI Vault documents is RIGHT THERE IN THE OP'S LINK in the first paragraph (after the update).

So, is this laziness, or willful ignorance, because regardless, this type of response is becoming a problem on ATS, where people shoot the messenger and disregard information that is factual when it could easily be shown factual by clicking links in the source (messenger).

Seriously, how lazy is that? It's just clicking on a link...there used to be a time when you'd have to go to a library and scour through microfiche in order to dig up information. What a lazy nation we have become.

Staying on topic, there is obviously something going on here. I get the feeling that Comey is either feeling massive pressure from his own organization or others more powerful than him, and he's just done with it all. From the sounds of it, he's been covering for the Clintons for at least 15 years--I'd be sick of it, too.