Dont fall into the trap in thinking that all people that work for the Fed follow orders slavishly, maybe the agent joined the FBI when they were still a highly respected crime fighting agency, and is so disgruntled that they want the truth out there.

Note: I have zero ideas if it is true or not, I am just guessing on possible reasons why this was released.


Funniest spider on the internet.

posted on Oct, 17 2016 @ 12:11 PM
link
You can make few assumptions given the amount of information we have presented with.

The motives of the person or persons involved can't be known at this time do to a lack of information.

Rep. Jason Chaffetz, R-Utah, the chairman of the House Committee on Oversight and Government Reform Issues Subpoena In Middle of Hearing for FBI Investigation Notes

I'm not familiar with American law but would it have been delivered to the representative not simply released to the public. I mean I thought that was what happened with evidence in these situations. Also shouldn't the Subpoena have resulted in the document being released to the Rep. without any censoring on the document?

I'm sure something is up here?

"There was a powerful group of very high-ranking STATE officials that some referred to as 'The 7th Floor Group' or 'The Shadow Government.' This group met every Wednesday afternoon to discuss the FOIA process, Congressional records, and everything CLINTON-related to FOIA/Congressional inquiries," the FBI's interview summary said.

That group, according to the summary, argued for a Clinton document release to be conducted all at once "for coordination purposes" instead of on a rolling basis as would normally be the case. But the "Shadow Government" did not get its way, and the agency in charge decided for a rolling release, the FBI summary said.

edit on 17102016 by DodgyDawg because: put double post to better use

"The Shadow Government" people...linked to 9/11
and the ties to Saudi Arabia no doubt.

Some people just cant get enough, as though September 11
and Benghazi were not bad enough.

Whats it going to be next time?

posted on Feb, 3 2017 @ 09:26 PM
link
I think part 6 of the Hillary Clinton fbi vault files were recently released. Wasn't part 5 the last ones released in Jan? Correct me if I'm wrong but I think we have some new Clinton stuff to go through.

Skimmed through it and saw something about them not wanting the public to think that their was a conflict of interest and some bits about Sheryl Mills.

Was going to make a thread but wanted to make sure that it was new info.

Just came across this! If the legal issues far exceeded the national security issues then why aren't they doing anything? 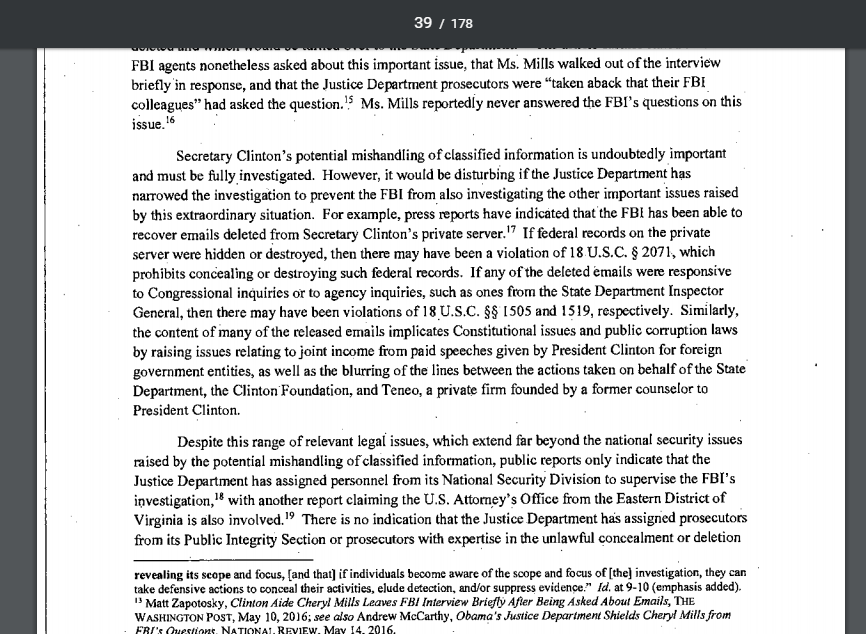