I saw the information first here:

I thought, dissing Ambassadors, stealing items from the State dept, breaking protocol etc... sounds too good to be true...

So I tracked the image material back to the FBI vault and there 100 page release here:

Not much more to say, just wanted to share, now back to see what else is in that 100 pages at the FBI Vault... 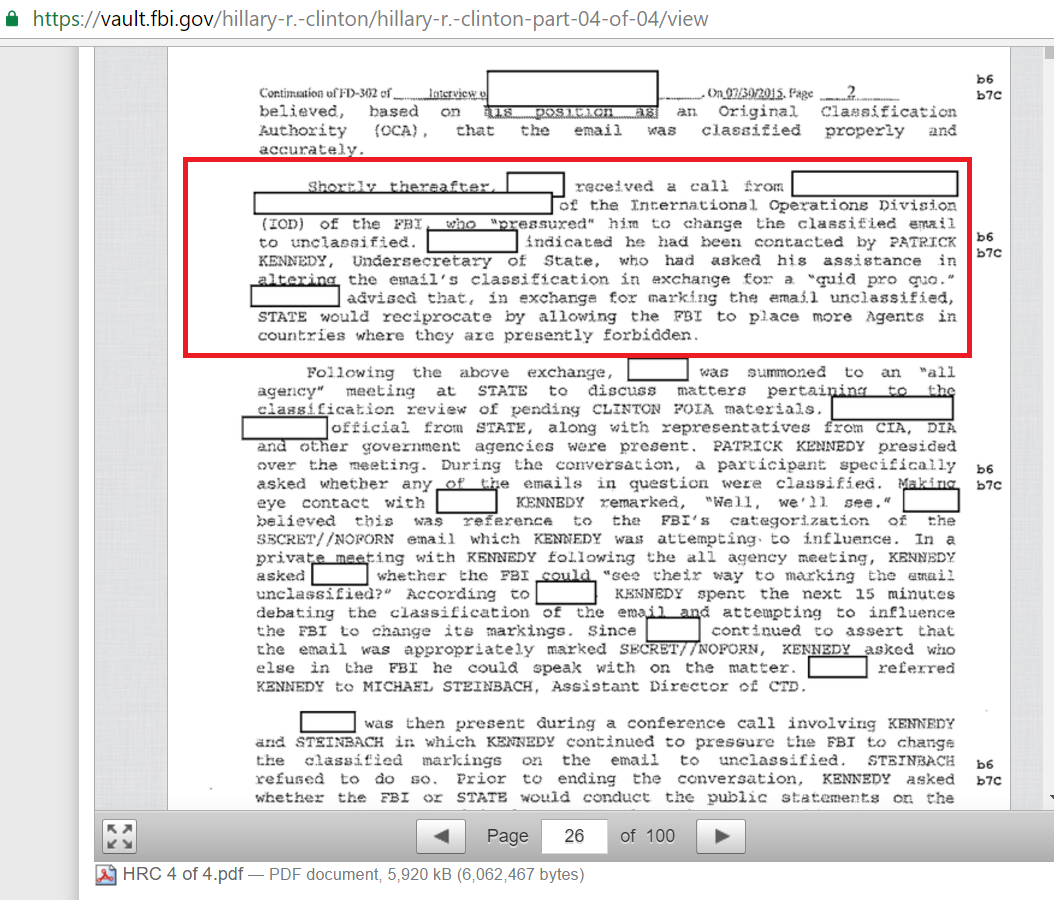 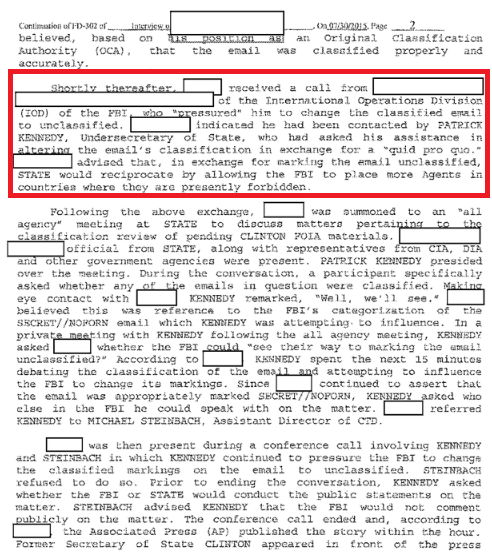 Good find, this must be the Friday document dump that some TV news are reporting about...

They can't blame this information on the RUSSIANS

Its sad how in just a few months I have gone from we can save the country .... to we are screwed...

To many people shoving their heads deeper into the sand going I cant hear you... if I cant see it ... didnt happen.

They can't blame this information on the RUSSIANS


Oh, they might.
Never let proof get in the way... hell they have the MSM to report it any way that Hillary likes.

Corruption and disregard of regulations are just to inconvenient for our public "servants". They forget they volunteered themselves for these duties, and how ungrateful are the citizens for requesting regulations be followed.

They focused only on the Hillary taking her Blackberry into the SCIF... it's a start


They can't blame this information on the RUSSIANS

They will just tell us its illegal for us peons to be viewing this information and to wait for CNN to give us the 'official' story.

Convenient when they don't cover many stories.

posted on Oct, 17 2016 @ 11:12 AM
link
You would think this would be enough to put Hillary Clinton and Kennedy in jail. This can only be interpreted as mass corruption at the highest levels within the US government.

I agree, nice job in finding it.

Anyone know when Wikileaks will release today and where? They may be are only hope for exposing the corruption on a massive scale.

Where was the pre-release announcement or any notice of this happening before it did?

What is the FBI doing?

Which part? The part of the FBI that has different rules for layman and elites.


Or the part that doesn't want to be associated with that?

Why has this been released? Someone does not care for Hillary Clinton and/or Kennedy
Why officially by the FBI? Someone within FBI read this and realized its importance and they had the only copy
Why now what is going on? For fear, that a criminal Hillary Clinton will be elected president

It could have been a hacker too.

Rep. Jason Chaffetz, R-Utah, the chairman of the House Committee on Oversight and Government Reform Issues Subpoena In Middle of Hearing for FBI Investigation Notes

posted on Oct, 17 2016 @ 11:54 AM
link
This would be an extremely high risk way of conducting a revolt. I would have removed the copy an transmitted it from another anonymous source.

But then it gets poo pood... this forces people to pause and actually think..

Is the guy that released this in some deep doo doo.. oh yea..