I am sure they have it.


If so, it would be proof the return is fraudulent. Why hang onto it?

It is more likely that the entire tax system is fraudulent, I am pretty sure no one REALLY wants Trump to release all of the forms, notice how the IRS is totally silent on this issue.

NO big business or corporation or anything else is EVER going to be forced to show a dam thing, how could they ??

Expose the entire system for what it is ???

Good luck with trying to hunt something down that will never happen, and NEVER HAS HAPPENED.


Some people like having as much information as possible when making decisions.

This is akin to the birther thing isn't it ??

Except you are on the other side this time


This is akin to the birther thing isn't it ??


I suppose some might see it that way. But it's quite different.

Candidates have been volunteering their tax returns for decades (inspired by none other than Tricky Dick). Trump has been saying for several years that he would release his. Still hasn't.

No candidate has ever volunteered their birth certificate prior to Obama.

There has been only one instance of anyone being demanded to release their birth certificate.

There has been only one instance of anyone being demanded to release their birth certificate. 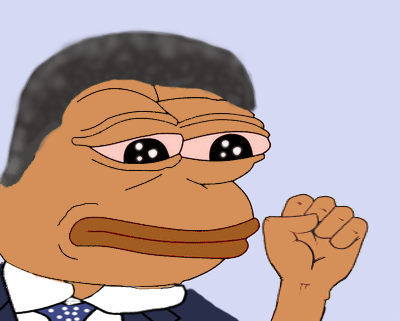 posted on Oct, 6 2016 @ 11:13 PM
link
Only one cheating is crooked illary. Trump followed all laws, and if he did cheat, the IRS would be up his behind faster than Jabba the hutt eating at a buffet. Are you angry that he followed rules and laws, take your anger out on the demorats that made those laws and loopholes.

Trump said he'll release his taxes when illary releases her health records and 33k emails! Seems like a fair trade considering how corrupt and decietful kreepy kaine and illary are.

Some people like having as much information as possible when making decisions.

Well that was found out to be NOT true. Because that would have included Trumps w-2.

Which the IRS got. Which wasn't including in that hit piece at Fortune.

As someone pointed out if Trump drew a salary that information would be on his w-2.

"Will you release any of your tax returns for the public to scrutinize?" NBC’s Chuck Todd asked Trump in January 2016.

"Well, we're working on that now. I have very big returns, as you know, and I have everything all approved and very beautiful and we'll be working that over in the next period of time, Chuck. Absolutely," Trump replied.

A few weeks later, Trump told the Today Show in February 2016 that he’ll release his tax returns "probably over the next few months."


Well that was found out to be NOT true.


suppose some might see it that way. But it's quite different.

The only reason tax returns are 'important' is because Trump critics manufacture them to be.

The same thing they did to Romney.

The same thing they did to McCain.

Only apparently there's far too many Lois Lerner's at the IRS playing politics and releasing them to political hack sites like Fortune.


The same thing they did to Romney.

The same thing they did to McCain.

Trump. Not so much.

How bout when the his challenger stops releasing redacted emails.

23 pages of not one legitimate criticisms.

Plenty of other threads to talk about that.
This is about tax returns.

Did Trump file a return ?

After 21 years did the IRS ever claim malfeasance ?

Not until the 2016 election cycle that wil most likely last another week, and then be forgotten about.


Much to do about NOTHING.

lol he didn't 'just' say he would release his tax returns if Obama released the certificate.

he also said he would give Obama 5 million dollars for charity.

After 21 years did the IRS ever claim malfeasance ?

Yeah it is known, and you yourself proved it until you wanted to deny it.

That 'SEC' filing. Saying Trump was paid a 'salary'.

You can't have it both ways.

The SEC is a regulatory agency that's main job is to keep WALL STREET 'honest'.

The SEC is a regulatory agency that's main job is to keep WALL STREET 'honest'.
Trumps in REAL ESTATE.

An industry so big our government literally has an infrastructure tax?

What about it? They are on the stock market.

The SEC is designed to protect investors. Losing a billion dollars warrants an investigation and you're mad about a filing? Especially considering it seems to have affected everyone but Trump.

The mission of the U.S. Securities and Exchange Commission is to protect investors, maintain fair, orderly, and efficient markets, and facilitate capital formation.


Losing a billion dollars warrants an investigation and you're mad about a filing?Text

The government doesn't investigate itself or it's agencies.

originally posted by: neo96
a reply to: imjack


Losing a billion dollars warrants an investigation and you're mad about a filing?Text

The government doesn't investigate itself or it's agencies.

I am sure this needs to be explained again.

When the STATE was manipulating the markets like the dotcoms.

That's where ALL the money went.

And today that real estate isn't worthless unlike that failed dotcom's.