They say this comes from a wikileak but they don't link.

The story also has at least one horribly inaccurate statement about beloved Huma.

They go on to cite some "problems" from the time Hillary was SoS and Huma was some kind of special employee.

[imo]
Huma would be an excellent SoS because she has all the inside experience necessary and she could always ask Hillary what to do during crisis situations when fast and accurate decision making skills are needed the most.
[/imo]

As President, Hillary Clinton will appoint Huma Abedin as Secretary of State. This according to leaked e mails between Abedin, Mrs. Clinton, and Clinton's former chief of staff Cheryl Mills.

Huma Mahmood Abedin, 40, served as vice chairwoman of Hillary Clinton's 2016 campaign for President. Prior to that, she served as the deputy chief of staff to U.S. Secretary of State Hillary Clinton from 2009 to 2013.


We can only imagine who else Hillary would be nominating to important Cabinet positions.

We can only imagine who else Hillary would be nominating to important Cabinet positions.

Are you referring to Huma's husband, A. Weiner?

We can only imagine who else Hillary would be nominating to important Cabinet positions.

What scares me even more is who she would appoint to the Supreme Court.

posted on Sep, 18 2016 @ 12:16 PM
link
Evidence please. Surely even Clinton wouldn't be that stupid. Huma is massively unqualified for the role.

originally posted by: MongolianPaellaFish
Evidence please. Surely even Clinton wouldn't be that stupid. Huma is massively unqualified for the role.


Not only is she unqualified, but how could she be away from her little child like that?

Hillary travelled to 112 countries and logged over 950,000 miles during her tenner as SOS. IMO, she didn't accomplish all that much, but she did travel a lot. She had no children to mother at that time though.

Huma would basically have to hand over her maternal reins to someone else. Anthony "The Weiner Man" has been basically a stay at home father while Huma flits around on the campaign trail with Hillary now. Maybe motherhood is not that important to her anyway though.

Best thing for Huma, if these rumors are true, is to divorce Anthony freeing him up to re-marry, then handing he and his new wife full custody of her child. At least the little boy would have a mother.

I remember reading recently during the whole conspiracy treasure hunt I was on that Huma has some skeletons in the closet. At least that's what was insinuated by a group of "anonymous."

That post was deleted rather quickly; your thread reminded me of what I had read.


She and her family are up to their eyeballs in the Muslim Brotherhood. There is lots of verifiable info on this woman. IMO, she is definitely not someone you would want as SOS. 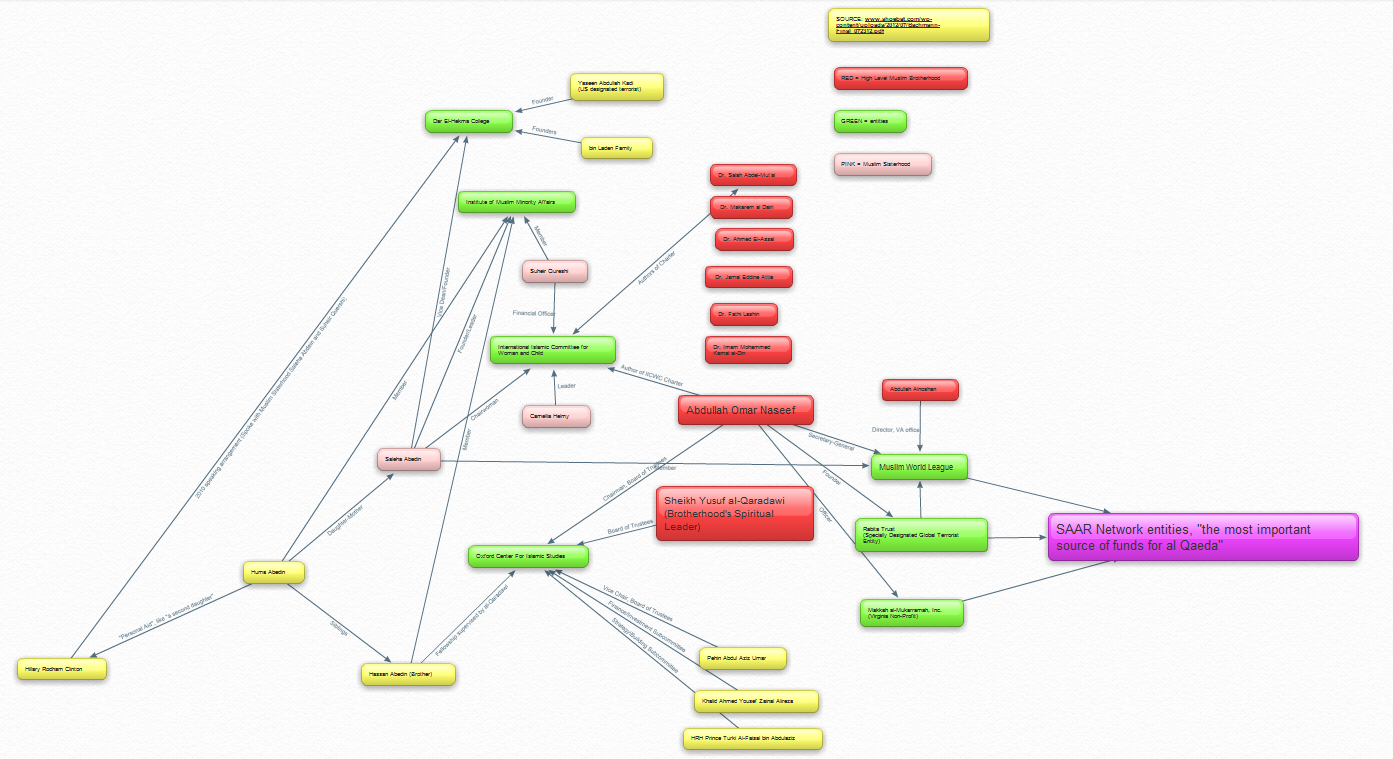 Sometimes I think her supporters really just want to see the west fall.

Missus Weiner would be just as qualified as Hillary Clinton.

Which leads me to a question, what embassy staff would she have murdered?

Yeah, I called Obama for the Supreme Court months ago. I wouldn't be surprised to seem him ensconced in that spot after Hillary brute forces her way into the presidency.

What do you think of Huma as Secretary of State?


Half of this article is plagiarized from the Wikipedia page on Abedin, verbatim.

originally posted by: MongolianPaellaFish
Evidence please. Surely even Clinton wouldn't be that stupid. Huma is massively unqualified for the role.

Well, Huma is prolly the other half of Hillary's brain.


Half of this article is plagiarized from the Wikipedia page on Abedin, verbatim.

Yeah, I called Obama for the Supreme Court months ago.

Obama is not a judge, how could he be appointed to the Supreme Court?