US spy planes have twice tried to approach the Russian border over the Black Sea with their transponders off, the Russian Defense Ministry said, adding that SU-27 fighter jets were scrambled in response.
“On September 7, the US P-8 Poseidon surveillance airplanes tried to approach the Russian border twice… with their transponders off,” Russian Defense Ministry’s spokesman, Major General Igor Konashenkov said in a statement. The SU-27 fighter jets that intercepted the US aircraft were acting “in strict accordance with international flight rules,” the statement reads


There appears to be a lot of things going on behind the scenes that people are just totally unaware of. The build up and fight over Crimea, US operatives supporting radicals, Putin says US behind the coup in Ukraine, trained radical fighters.

And is it really hard to believe? It wouldn't be the first time the intelligence arm of the United Staes of Isreal (AKA The New Rome) has funded, armed, trained or instigated wars in democratic nations, for the sole purpose of overthrowing their governments to install something friendly to their interests. 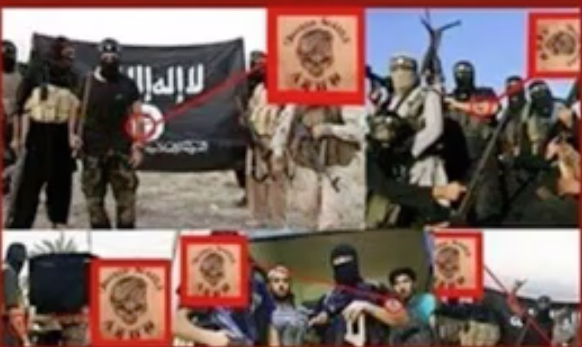 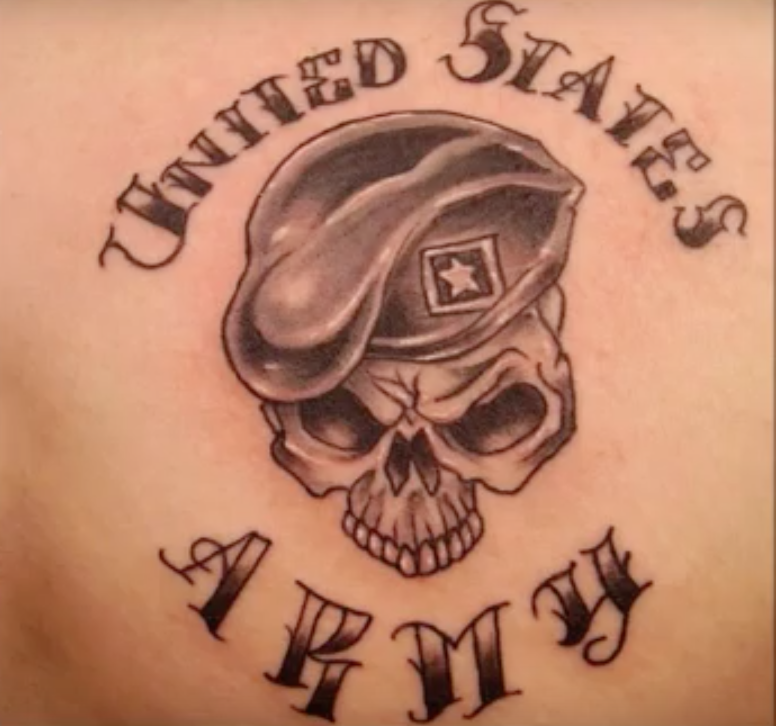 But, there's been a lot going on in Russia in the last few months. Im not sure if anyone remembers about 2-3 months or ago, Russia built up its ground forces in one area, and US deployed Ships & Flights, sent out near the region. A number of people were tracking it on OSINT sources, the Defcon website was going nuts, this one - it went down to 2 or 3 at the time. --but not a peep was heard on MSM news, until a week or two later and they mentioned some 'NATO operations' or something.

I think it might've been this one

In the past couple months through OSINT sources, people have been documenting troop movements, sometimes up to hundreds of thousands of troops, reservist calls, etc--yet it only seems to break headlines in Western media when they are forced to. Not saying there aren't any, it is covered, but often its done days, sometimes weeks later.

or the Pentagon decides to downplay the scenario

Putin's Driver was killed in a head-on collision. and while some people might think this is irrelevant. It was a person who Putin decided to keep very close to him. There is a history of "drivers" being much more than simple Chauffeurs. The tabloids have already preemptively killed this story. 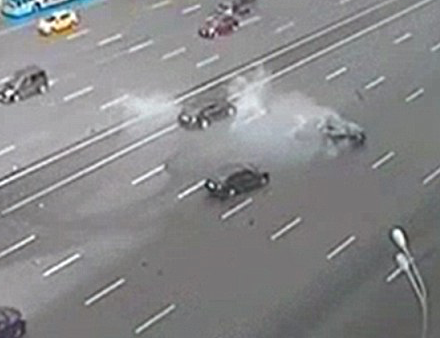 I've been noticing more and more truth in the Tabloids these days, it's never a verbatim story, but they tend to spin a real story, simply to discredit any look into the real one. Oddly enough though, a week ago (or two?) MSN had a story on Putin, and whether or not he was where his PR people say he is.

They had pictures of his most recent meetings with officials, and noted the pens hadn't moved, his shoes were the same, and the press received photos of him meeting people in the exact same room for a week straight.

To me this is very indicative of 'other stuff' going on behind the media front. Just wondering what other peoples opinions are on everything going on in Russia right now vs the World (US & its 800 bases). When you listen to Putin speak on peace, he comes across as very sound & reasonable, yet the media portrays every action by Russia as if they are killing babies in the streets. It's reminiscent of WWII era propaganda being spewed when they were pushing for war. It's disturbing. 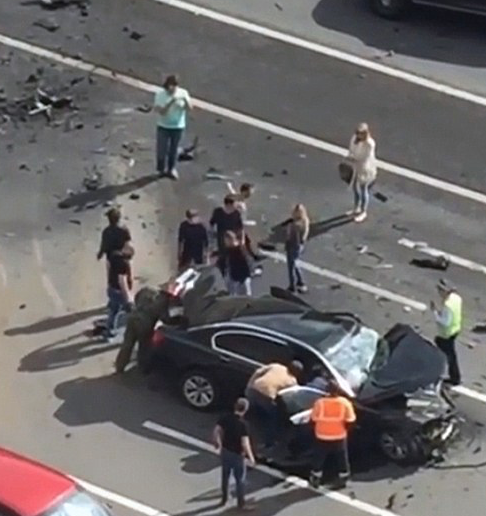 That, along with the killing of someone who may have been very close to Putin, and assumed a role no one was privy to, it appears there is much more going on in the region than the public has any idea of. Also, anyone know the name of the driver?

The driver who was killed was not named, although it was reported that he had notched up more than 40 years of driving experience as an official driver.

Dont kid yourself, the News was making this out as if the "evil" russians were behaving wreckless, The truth of the matter is that Russia has every right to buzz a spy plane thats at it's borders, Had the tables been turned the US would of done the same....

posted on Sep, 7 2016 @ 05:01 PM
link
So please elect the B# that's has been pushing this policy against Russia and who has threatened a military response if she gets hacked by Russia or China.

It can only end well poking the Bear.

posted on Sep, 7 2016 @ 05:04 PM
link
We're lucky the plane didn't fly into their airspace proper. If they were in a good mood they'd force it to land, and they would have every right to shoot it down.

Maybe we should stop encroaching on Russia's borders? I feel that'd save the world a lot of stress, but when has common sense ever won in international relations?

CriticalStinker
+3 more
posted on Sep, 7 2016 @ 05:05 PM
link
Frankly our behavior has been disgusting lately. Constantly provoking Russia then screaming after they deal with the matters by the book IMHO.

originally posted by: CriticalStinker
Frankly our behavior has been disgusting lately. Constantly provoking Russia then screaming after they deal with the matters by the book IMHO.

Lately? I can't think of a time in my life time it hasn't been.

It seems like a slightly chilly war rather than a true cold one..
you know terrorism assassinations blah blah..

But yea, this is not going well at all.

What is so important that everyone seems hell bent on killing me and everyone else?
It doesn't even make any sense.

@Boncho
You don't even seem like the same boncho as before.. You must have hit something that completely changed your views on reality at some point. In any case all of your recent threads have been so well researched and presented I havn't gotten through all the links and afterthoughts and further research on my own.

posted on Sep, 7 2016 @ 05:13 PM
link
Yep the former Lieutenant colonel of the KGB and the Soviet Union is probably the good guy.

I get tired of hearing how awesome this guy is. It is actually kinda funny.

This is all warming up nicely for the election win for Hillary, two months into office she is "forced" to act against blatant acts of aggression from Russia, the script is there for it...


Indeed had the situation been reversed MSM would be w@nking themselves silly, "Russian spy plane capable of carrying a Nuclear war head was intercepted just seconds from the US border. Official reports say no transponder was used by the plane as it performed combat drills dangerously close to a commercial passenger jet that was carrying wounded Pokemon go players many of them children who had just enjoyed a wonderful rehab trip to Disney world. Sources also say there was a large logo on the plane saying the "THE NFL SUCKS".."

u have a huge speck in your eyes, keeping you from seeing some obvious truths. called patriotism.

i wonder your response if the US and Russia were swapped in this story... as if that could happen

How many military bases has he built surrounding the USA since being elected President in 2000?

How many did Yeltsin build?

originally posted by: slider1982
Not much of a spy plane was it....


It's a poseidon... You might not classify it as a "spy plane" that is invisible to radar or fast or super high up.. But all that plane does is gather intelligence. If I'm not mistaken it's a submarine hunter.. That's based on random memory but I think it's right.

The P-8 conducts anti-submarine warfare (ASW), anti-surface warfare (ASUW), and shipping interdiction, along with an electronic signals intelligence (ELINT) role. This involves carrying torpedoes, depth charges, Harpoon anti-ship missiles, and other weapons. It is able to drop and monitor sonobuoys. It is designed to operate in conjunction with the Northrop Grumman MQ-4C Triton Broad Area Maritime Surveillance unmanned aerial vehicle. The aircraft has been ordered by the Indian Navy as the P-8I Neptune, Royal Australian Air Force, and Royal Air Force.


Where do you guys want to guess Russia has subs watching and patroling? ? ?

Yes off of that Crimea base in the black sea.
edit on 7-9-2016 by Reverbs because: (no reason given)

posted on Sep, 7 2016 @ 05:28 PM
link
I was listening to Richard Dolan last night and one of the things he said was, "America likes to put forth the idea they are the Luke Skywalker of the world but in reality they are much more like Darth Vader."

Him saying that really did surprise me...but maybe he had a point....?


if the conspiracy is too nutty even for the daily heil, it just maybe to far out there dude.

Excellent post, still going through alot of it. What kills me the most is the tone our media is using on this. The transponders were off right next to their borders and civilian flights were in the area. Cut and dry, Russia reacted and calmly IMHO.

u have a huge speck in your eyes, keeping you from seeing some obvious truths. called patriotism.

i wonder your response if the US and Russia were swapped in this story... as if that could happen

They will be swapped next month in a same but different story. I would still say Putin is the same as every other politician everywhere.

He is out for himself, he lies just like our government lies.

posted on Sep, 7 2016 @ 05:42 PM
link
Sources: RT. RT. Some site called Jalopnik. Daily mail. It is so very odd how much conservatives love Russia. It used to be very far left 'communists' (the US version).

It is a perplexing phenomenon. Next people will want the Russian flag alomg with the Confederate in Vet cemeteries.
edit on 7-9-2016 by reldra because: (no reason given)

posted on Sep, 7 2016 @ 05:43 PM
link
Ha Russia has been Buzzing everyone's Borders, Boats and backyards for years. How high up do these Borders go ?
I hope the Russian pilot had his oxygen Mask on..
FY,,

America and Can, Europe, NATO. Australia and NZ, Israel You all Keep on with your Hatreds and Jealousy .
Russian Slaves. GAL FFS. Or get yourselves over to Vlads country and see how much freedoms you will get.

And we give a similar response when they do.