page: 1
22
log in
join
share:
MysticPearl
+4 more
posted on Aug, 19 2016 @ 01:20 AM
link
Now this is interesting, given the witch hunt of Paul Manafort by the liberal MSM. This doesn't excuse Manafort but it does, once again, suggest a media coverup of all things Hillary, ignoring her own transgressions while going after others for less.


A sinister atmosphere surrounds the Clinton Foundation’s role in Ukrainian military coup of February 2014, experts point out.It has recently turned out that Ukrainian oligarch Viktor Pinchuk, a vocal proponent of Ukraine’s European integration, made huge contributions to the Clinton Foundation, while Hillary Clinton was the US Secretary of State. Although the foundation swore off donations from foreign governments while Mrs. Clinton was serving as a state official, it continued accepting money from private donors. Many of them had certain ties to their national governments like Viktor Pinchuk, a Ukrainian businessman and ex-parliamentarian.

Remarkably, among individual donors contributing to the Clinton Foundation in the period between 1999 and 2014, Ukrainian sponsors took first place in the list, providing the charity with almost $10 million and pushing England and Saudi Arabia to second and third places respectively.


Although the Clinton’s charity denies that the donations were somehow connected with political matters, experts doubt that international private sponsors received no political support in return. In 2008 Pinchuk pledged to make a five-year $29 million contribution to the Clinton Global Initiative in order to fund a program aimed at training future Ukrainian leaders and “modernizers.” Remarkably, several alumni of these courses are current members of Ukrainian parliament. Because of the global financial crisis, the Pinchuk Foundation sent only $1.8 million.

Experts note that during Mrs. Clinton’s tenure as Secretary of State, Viktor Pinchuk was introduced to some influential American lobbyists. Curiously enough, he tried to use his powerful “friends” to pressure Ukraine’s then-President Viktor Yanukovych to free Yulia Tymoshenko, who served a jail term.Viktor Pinchuk has always been one of the most vocal proponents of Ukraine’s European integration. In 2004 Pinchuk founded the Yalta European Strategy (YES) platform in Kiev. YES is led by the board including ex-president of Poland Aleksander Kwasniewski and former NATO Secretary General Javier Solana. According to the website of the platform, Bill Clinton, Hillary Clinton, Condoleezza Rice, Kofi Annan, Radoslaw Sikorski, Vitaliy Klitschko, Arseniy Yatsenyuk, Petro Poroshenko and other prominent figures have participated in annual meetings of YES since 2004.

Yet another example of how corrupt the Clinton's business runs and yet another example of the outcome ending with many civilians dead. And btw, I'll state yet again, accepting donations to her foundation while Secretary of State isn't only illegal, it's against Federal law.

posted on Aug, 19 2016 @ 01:37 AM
link
I think it would take investigators years just to scratch the surface of all the Clinton's crimes.I shudder when I think what she would do with presidential powers.Needless to say her first step would be to quash any investigations of course.

Sadly you can keep piling this evidence up, pointing to a increasingly logical view point that hillary is corrupt, yet those voting for her will continue to do so and ignore any damning information that comes out whilst believing any damning info about trump...not that I like him either...thats the political cult like mentality at work I guess. People seemed to forget a long time ago politicians are'nt leaders, they work for us. Question everything even slightly suspicious.

No surprise at all, these elite globalist scum are quite literally all connected!

Anyone who did not buy the propaganda understood exactly who were guilty in Ukraine...

I mean it is no coincidence that Biden's son became an influential member in control of their resources!
edit on America/ChicagoFridayAmerica/Chicago08America/Chicago831amFriday2 by elementalgrove because: (no reason given)

Any chance you have something other than globalresearch as a source...not exactly the most credible of sources...as they are well known for their anti west stance especially involving anything to do with Ukraine.

Just checked google and supposedly the death toll is over 9,000 now for Ukraine and this corporate takeover scuffle. HMM! Over 9,000 were have I heard that before, thats small potatoes, you dont get to super sayan levels till the millions mark. Besides the official number and the real numbers are alway a bit skewed in one or another direction, like everything else.

But ya. Same ol # going on as always. Here some vids, there all so colorful from there different viewpoints.

CNN, not saying much, but apparently Ukraine is not some distant land but in Europe, oh and oil pipes and stuff. Who knew that oil was that important to warant proxy wars for it eh?


And off course the other side of the coin, RT news. Cant trust them now to much russkie leanings.


Oh and why not, some semi independent alternative news site, says so right before the vid starts. Meh! Which way is it leaning? Thats kind of obvious, but there right following the yellow brick road will always get you to the reasons why anybody does anything here on planet earth.


And offcourse the real news is always brought to you by a guy with a camcorder or smartphone. I think there celebrating there independence day here in this one, must be why all those fireworks are going off.

So both Clinton and Trump have Ukrainian ties?

originally posted by: Swills
a reply to: MysticPearl

So both Clinton and Trump have Ukrainian ties?


Trump doesn't have personal ties to Ukraine. Where'd you get that from?

But even if he did have business connections, no one has died due to them. Many, many have died due to the Ukraine conflict which Hillary played a part in.

Because manafort is the distraction now that this and Soro's involvement is clear. The ledger could be real or fake, its for nothing illegal that people on that level do.

What Clinton and Soros did was try to over throw a soverign government by installing left leaning radicals so as to make money off of the discord created while pushing the globalist, bordelss world

Its like they think we are retarded to think that treason was committed by Manafort or Trump.

Manafort is not liked by the intelligence community because his loyalty is NOT for sale.

He was critical of the use of our resources for war for profit, and the lies sold to the public and congress to that end. You know, being a voice on OUR side and for the RULE OF LAW. 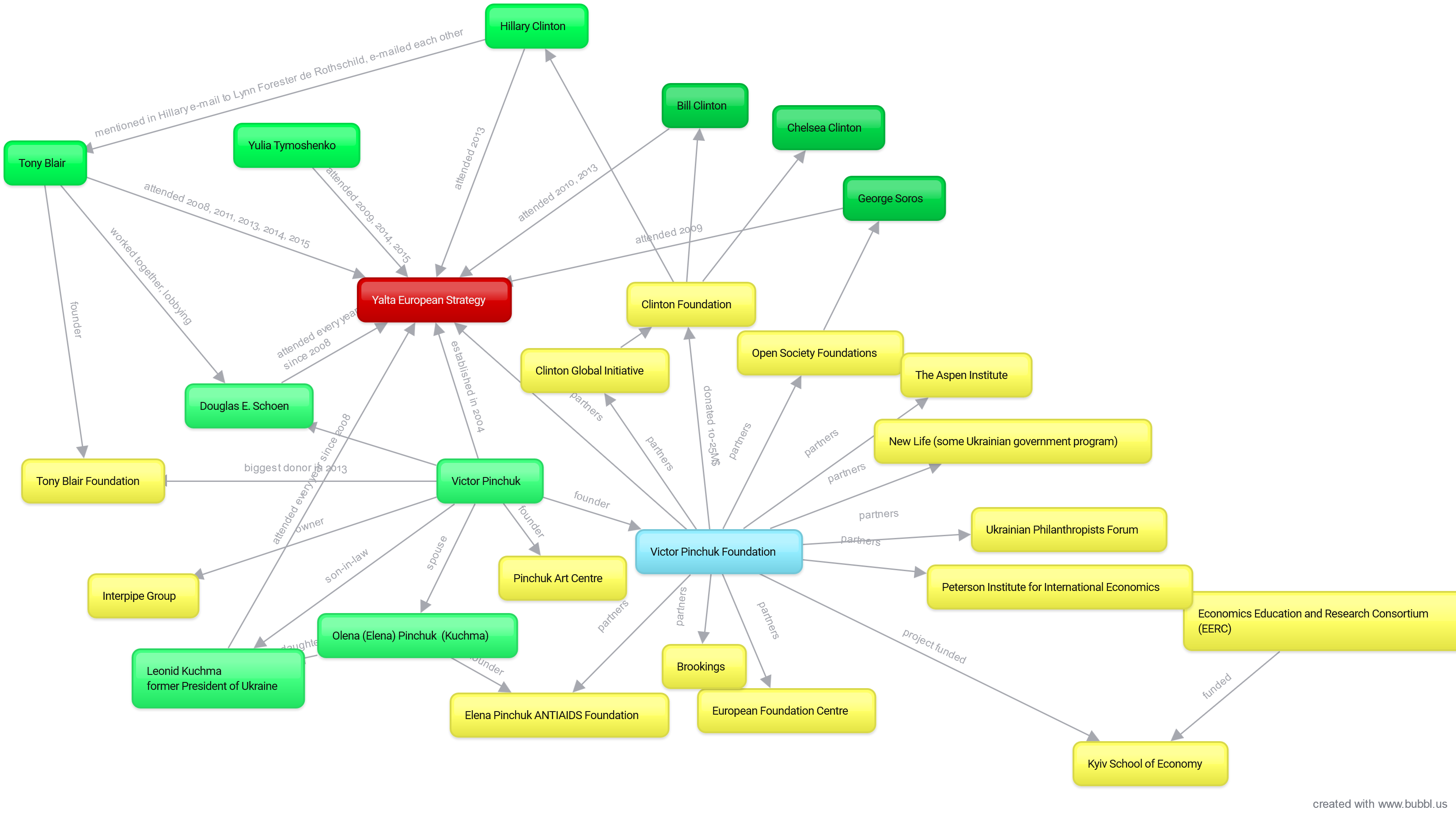 Some enterprising autist over at 4chan put this together.