posted on Aug, 16 2016 @ 07:15 PM
link
So this is interesting. Michael Moore is saying he "knows for a fact" that Trump never wanted to be president at all. He won't say how he knows, but only that he knows for a fact. What makes this interesting are a couple things. First of all this is a position switch for Michael Moore who only just weeks ago seemed very worried that Trump might win and seemed to believe that Trump wanted to win. He talked about it on Bill Mauher's talk show. Now apparently he's saying that he knows why it is that Trump is saying so many crazy things to try and destroy his chances of actually winning.

Trump, Moore said, “never wanted to be president of the United States. I know this for a fact. I’m not going to say how I know it. I’m not saying that Trump and I shared the same agent or lawyer or stylist or, if we did, that that would have anything to do with anything. And I’m certainly not saying that I ever overheard anything at those agencies or in the hallways of NBC or anywhere else. But there are certain people reading this right now, they know who they are, and they know that every word in the following paragraphs actually happened.” “Trump was unhappy with his deal as host and star of his hit NBC show, ‘The Apprentice’ (and ‘The Celebrity Apprentice’),” Moore said. “Simply put, he wanted more money. He had floated the idea before of possibly running for president in the hopes that the attention from that would make his negotiating position stronger.”

“So, on June 16th of last year, he rode down his golden escalator and opened his mouth. With no campaign staff, no 50-state campaign infrastructure — neither of which he needed because, remember, this wasn’t going to be a real campaign — and with no prepared script, he went off the rails at his kick-off press conference, calling Mexicans ‘rapists’ and ‘drug dealers’ and pledging to build a wall to keep them all out. Jaws in the room were agape. His comments were so offensive, NBC, far from offering him a bigger paycheck, immediately fired him with this terse statement: ‘Due to the recent derogatory statements by Donald Trump regarding immigrants, NBCUniversal is ending its business relationship with Mr. Trump.'”

“Trump fell in love with himself all over again, and he soon forgot his mission to get a good deal for a TV show,” said Moore. Trump decided that reality TV was too small of a venue for his big personality.

“I’m actually going to be the Republican nominee — and my rich beautiful life is f#*@ing over!” Moore said, imagining Trump’s thoughts.

This has been a theory of many here as well. It's also been claimed by one of his ex-staffers as well some time ago.

So what do you people think??? Is Trump trying to kill his chances??? Or do you think that's all changed now???

posted on Aug, 16 2016 @ 07:19 PM
link
And I guess Michael Moore needs some relevance too sell another book. I believe nothing he says in this regard..."I know stuff, but Im not saying how"

The only sabotage he can speak clearly on is that which he is doing to his digestive health...seriously

They'll be devastated.
edit on 16-8-2016 by Hazardous1408 because: Number miscalculations.

ohhh Michael why did you have to go and say something so stupid.. I like your movies! :/

He 'knows for a fact', without giving us a reason, sounds like an ATS member talking about chemtrails.
edit on 16-8-2016 by cuckooold because: (no reason given)

in the hopes that the attention from that would make his negotiating position stronger.

If he self destructs on purpose that would tarnish his 'negotiating position', makes no sense.

originally posted by: cuckooold
He 'knows for a fact', without giving us a reason, sounds like an ATS member.

What was interesting to me that he'd say that all of a sudden is because when I saw him on Bill Maher's show he made no mention of anything like that at all. He was saying people had better not laugh him off or say he can't win because he was doing so well in the polls and he seemed worried that people were going to think of him as a non threat and he'd win.

So I find it strange that now his viewpoint has changed and that he's so sure that he's right about it too. He's got a reputation to worry about too and I don't think he'd make such a claim without being sure about it.

posted on Aug, 16 2016 @ 07:31 PM
link
It's a pretty simple choice. …..You can either have four more years of police shootings, racial divisiveness, IS attacks in our country, a flood of illegal refugees, confiscatory taxation, a dying economy, less job opportunities, political correctness fiats, a worse future for our children, careless spending, global affairs spinning our of control, attacks on American culture, dismantling of our military, a weaponized justice department and IRS focused on political enemies, an autocratic executive branch, lying, arrogance, disregard for the law, a stacking of the courts with overt political acolytes who act as a subterfuge to our Constitution and a continued assault on The Bill of Rights...or not.

Let's be clear. If Trump wins - the media loses. Aren't you all tired of the arrogance of how the media tries to manipulate what is supposed to be a democracy? People are sick and tired of the Oligarchy and want a chance. Want to have good jobs and fair wages. Ain't asking for much. If you keep putting the same old, same old paid off politicians - the race to the bottom will continue. TRUMP for POTUS.


the sob reads my ats posts. 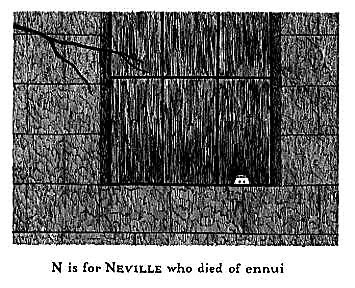 I'm getting so tired of saying this stuff. You, too???

originally posted by: AdmireTheDistance
Who actually cares about anything Michael Moore has to say?

Who actually cares about anything you say??

Ultimately, I hope this works in his favor because I would honestly like to see more people who aren't typical politicians enter the arena.

Well if he did not want the presidency, then why did he tone it down and make his last speech so damn good?
edit on 16-8-2016 by Naturallywired because: (no reason given)

I get that believe me.

But what I'm saying is that it's one thing for him to be his crazy self and have a wild campaign and actually want the job.

He can't just come right out and say that because so many people are supporting him. But he doesn't want to actually win either. So he's trying to figure out a way out without people hating him for it.

Think about it....How would you do that??? You don't want the job as it would screw up your great life you have now, but you don't want to let all those people down either.

Because the whole thing is on a roll now. Look at all the people behind him. Lot's of people. People who he wants to actually like him.

So he can't make it too obvious. He has to look like he's trying but at the same time screw up so badly that he gets the boot. But whatever he does people just seem to like that crazy stuff even more.

Every time he acts crazy people love him more. People will hate him now though if he says he never wanted to win and take on all that work and just wanted to shake things up a bit and be known for that.

posted on Aug, 16 2016 @ 07:48 PM
link
Not that I'm saying Micheal Moore actually knows "for a fact". But I don't see any other way to explain how he's run his campaign. Hillary would be the easiest democrat to beat in recent history in my humble opinion. If Trump just went around and stayed positive, talked about issues and never mentioned her name. She would have little ammo and he could beat her easily.

Or second scenario he could probably win by not saying anything at all. Either way you cut it, I don't like him or her but it does look like he's throwing it.

Moral of the story, Republicans, you got duped and your party has been cheating you for years by offering very few candidates. And Democrats, your party litteraly bent you all over and no lube screwed you on this one.