posted on Jul, 8 2016 @ 10:59 AM
link
List of government officials admitting to geo-engineering/chemtrailing

I haven't looked into it but so far these are 2 major ones and obvious ones.
I will edit this post and keep adding the appropriate ones to the list

Oh and the first video link is broken.

posted on Jul, 8 2016 @ 11:32 AM
link
Well dang it! Now I have to change my stance on chem-trails. Al Gore is wrong on EVERYTHING. If he believes chemtrails are real then we can officially retire the conspiracy.

For a list you should have more than two.

Here you go exactly what was said about geoengineering by the director of the CIA.

Another example is the array of technologies—often referred to collectively as geoengineering—that potentially could help reverse the warming effects of global climate change. One that has gained my personal attention is stratospheric aerosol injection, or SAI, a method of seeding the stratosphere with particles that can help reflect the sun’s heat, in much the same way that volcanic eruptions do.

As promising as it may be, moving forward on SAI would raise a number of challenges for our government and for the international community. On the technical side, greenhouse gas emission reductions would still have to accompany SAI to address other climate change effects, such as ocean acidification, because SAI alone would not remove greenhouse gases from the atmosphere.

On the geopolitical side, the technology’s potential to alter weather patterns and benefit certain regions at the expense of others could trigger sharp opposition by some nations. Others might seize on SAI’s benefits and back away from their commitment to carbon dioxide reductions. And, as with other breakthrough technologies, global norms and standards are lacking to guide the deployment and implementation of SAI.

Can't seem to get the link to work right, but there is nothing that was said admits to these programs...he admits they need to global norms and standards which isn't there, so yes we know they are looking into geoengineering but there is no country running anything outside of the computer modeling stages.

As far as Al Gore...nobody cares what he says ever since his Global Warming lie.

My thread on weather mod and AGW

And also, from the thread:

A snowfall which was then blamed on... Global warming.

The weather seems to be going berserk, with more snow dumped on our beleaguered Northeastern cities in a month than in a year, paralyzing business and our lives. Records are being broken even as we speak.
Common sense says that it's the freezing cold that is behind the freaky weather. But physics says otherwise (...) realize that global warming can heat the oceans and generate more moisture, which in turn can drive larger storms (...)"

originally posted by: mrthumpy
a reply to: swanne

They've been told that cloud seeding is the same thing as chemtrails, and unless the source that told them so changes his/her mind, nothing is going to change their beliefs.

Yep and has been going on for more than sixty years, but there is something that you may want to research...what weather modification entails as far as what is used and the planes they use.

No weather modification is done with commercial airliners, it's not done at 7 miles above your head, and there has to be clouds already formed and full of precipitation...nothing close to what a chemtrail is supposed to be.

Now do the homework then comeback and explain how a chemtrail and weather modification are even remotely close...well other than the fact one happens for real, and the other happens in chemtrail believers heads.

originally posted by: swanne
a reply to: payt69

Well in that case excuse me.. but trying to convince us that weather mod is real, complete with links and all is such a chemtrail believer thing to do.. as if it's some big revalation of what was hitherto some big secret.

I'm sure the skeptics on this forum are all very aware of the reality of weather mod. It's the chemtrail believers who try to pass it off as evidence for their chemtrail fantasy.

Sorry. I am to blame for the confusion - my sole purpose was to bring attention to weather mod records in the NOAA and their portrayal on pro-AGW media, nothing more. I haven't realised I was coming off as a chemtrail believer, I apologise for the confusion.

As has been pointed out you make it seem as though your agreeing with the OP on the chemtrail aspect...and that is why the reply was the way it was, so for that I apologize. 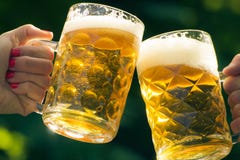 originally posted by: swanne
a reply to: mrthumpy

Geoengineering (for the purposes of this discussion) aims to reduce the amount of solar radiation reaching the surface altering the global climate.

True. Neither of the examples given are actually admitting to anything SINCE ITS NEVER BEEN A SECRET.

Staggers me that any hint of a proposal is taken as absolute proof that it has been going on for years.