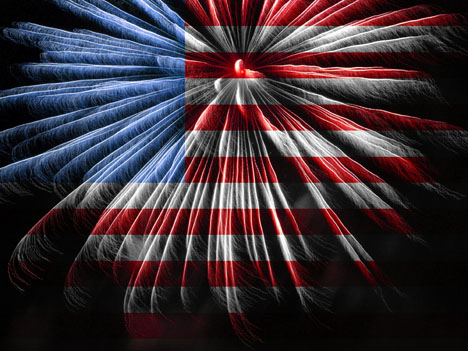 If you have nationalistic pride then you are a xenophobic & racist bigot. As such, do you realize how many peoples feelings could potentially be hurt in celebrating this nationalistic holiday?

If you didn't see what went down in the UK with their "Brexit" vote recently then you've been missing out. Come to find out, the people that voted to leave the EU were immediately labeled "racist xenophobic bigots". The reality is, it more had 'everything' to do with a sense of nationalistic / patriotic duty to take their nation back from the clutches of the EU Empire. So that's the new precedent: If you're patriotic, if you believe in national sovereignty, then that means you're a "racist xenophobic bigot". 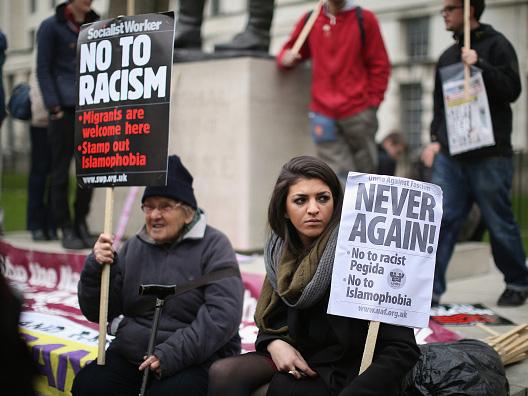 Of course for us here in the USA, the irony from all of this... considering PC culture started here, and how our Independence Day is the patriotic celebration of our war of independence from the British Empire... what irony now that they've gone and done it themselves that now those who supported it get to be labelled as bigots.

But that's just irrelevant mostly, considering by us celebrating the "4th of July" here could hurt the feelings of peoples from the UK via the inherent Colonialism Shaming.

The ultra super mega issue of concern however is this:
Considering the scores of dictatorships around the world that are kept in power because they host US military bases, how many millions of people around the world under the thumb of the American Empire would have their feelings hurt for every case of people going out and celebrating our independence from the British Empire?

I'm not entirely sure how many people that would be, but I'm sure it must be vastly beyond the total number of transgender kids in the United States (considering they only encompass less than 2% of the total US population).

Don't worry though I have nothing to be patriotic about

posted on Jul, 3 2016 @ 10:24 PM
link
I am probably missing the deeper meaning behind your post — hey, it happens to everyone from time to time — but political correctness is a cancer on this Earth. Western civilisation will fall if this cancer is allowed to grow unchecked.

originally posted by: Dark Ghost
I am probably missing the deeper meaning behind your post

I suppose it might be most simply put as Planet Earth the "global village" has finally 'all' turned into Crazy Town. No matter which way you try to slice each paragraph everybody just sucks now.
edit on 3-7-2016 by IgnoranceIsntBlisss because: (no reason given)

posted on Jul, 3 2016 @ 10:35 PM
link
a reply to: visitedbythem
That's the plan, but I don't think anything will happen. Last year some woman read my shirt aloud and laughed. Good thing some people have a sense of humor.

Like 10 years ago, before returning back home to Michigan (where the 4th is quite possibly the most cherished in the US) for the first time since moving, for the annual 4th of July mega party tradition I helped found on our lake, I went out and found a Hawaii tshirt somewhere in Tampa, to wear at the party (I had missed for like 4 years before it).

So everytime someone came up to me for the first time I exclaimed "liberate Hawaii". Of course this threw everybody for a loop, as still basically nobody knows that Hawaii was annexed via the overthrow of their independent sovereign government.

It functioned as my "ice smasher" to ensure I maintained a posture of making everybody for the first time even consider the context of the holiday itself, rather than it just being about "party with Chinese fireworks".

I still have the shirt it was well made but I only use it as a hand / sweat towel now lol.
edit on 3-7-2016 by IgnoranceIsntBlisss because: (no reason given)

originally posted by: ksiezyc
a reply to: visitedbythem
That's the plan, but I don't think anything will happen. Last year some woman read my shirt aloud and laughed. Good thing some people have a sense of humor.

And dont wear it when you take that fine girl out

Oh hell no. Assuming I do go out with her I will be wearing a Doors shirt(my only white t shirts) or a light button down. Never that with her!!

Yeah, that isn't quite what I meant....people could truly get pissed, but eh. Anyways that sounds like an interesting tale. I wonder how many people, especially Americans know the story of Hawaii?

originally posted by: onequestion
Maybe if we crush the Saudi royals into oblivion I'll have something to be proud of

Great angle! If we overtly supported the peoples under such regimes to take their liberty / independence then they would love US for THEIR freedoms.
edit on 3-7-2016 by IgnoranceIsntBlisss because: (no reason given)

If this is to continue perhaps in the Shed?
edit on 3-7-2016 by ksiezyc because: (no reason given)

Yeah, that isn't quite what I meant....people could truly get pissed, but eh. Anyways that sounds like an interesting tale. I wonder how many people, especially Americans know the story of Hawaii?

I have nice black T-shirt to wear for PC's, the libtards, snowflakes, blm and sjw's. It says

posted on Jul, 3 2016 @ 10:59 PM
link
a reply to: visitedbythem
It isn't that I'm putting it off. I have a plan and when to do it. It won't be put off. If anything I'll do it earlier. Yes her brother and I are close friends. Almost like brothers I think.

posted on Jul, 3 2016 @ 11:01 PM
link
Just go hang out with them, and talk to her. get that kiss and see what it feels like. She will likely be hooked after that. She will come after you. Just speak from the heart, and give her a sweet kiss and she will be hooked