Why would the BBC "pre-package" a "news" report of war breaking-out between Turkey and Russia over the Syrian situation, which "escalates" during the 36 minute "report" to NUCLEAR DETONATIONS in Europe?

Screenshots of this video give relevance to timing by using current government officials: 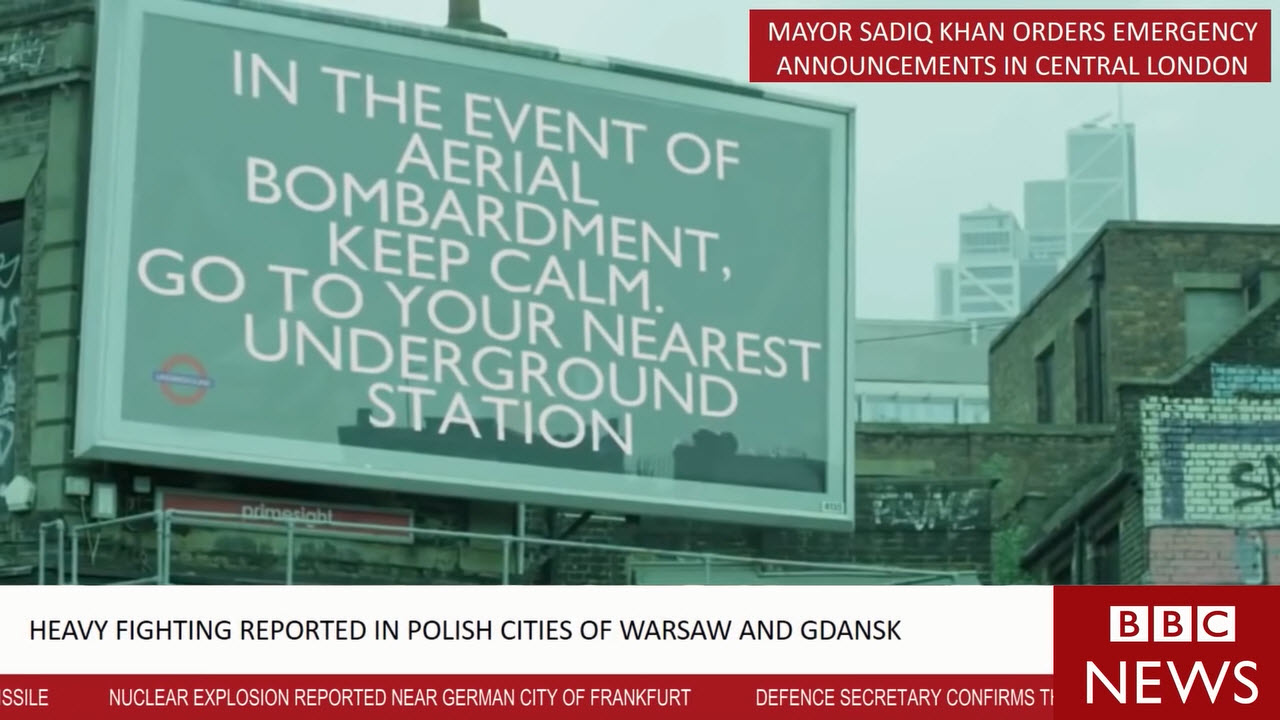 Advice to seek underground shelter in the UK: 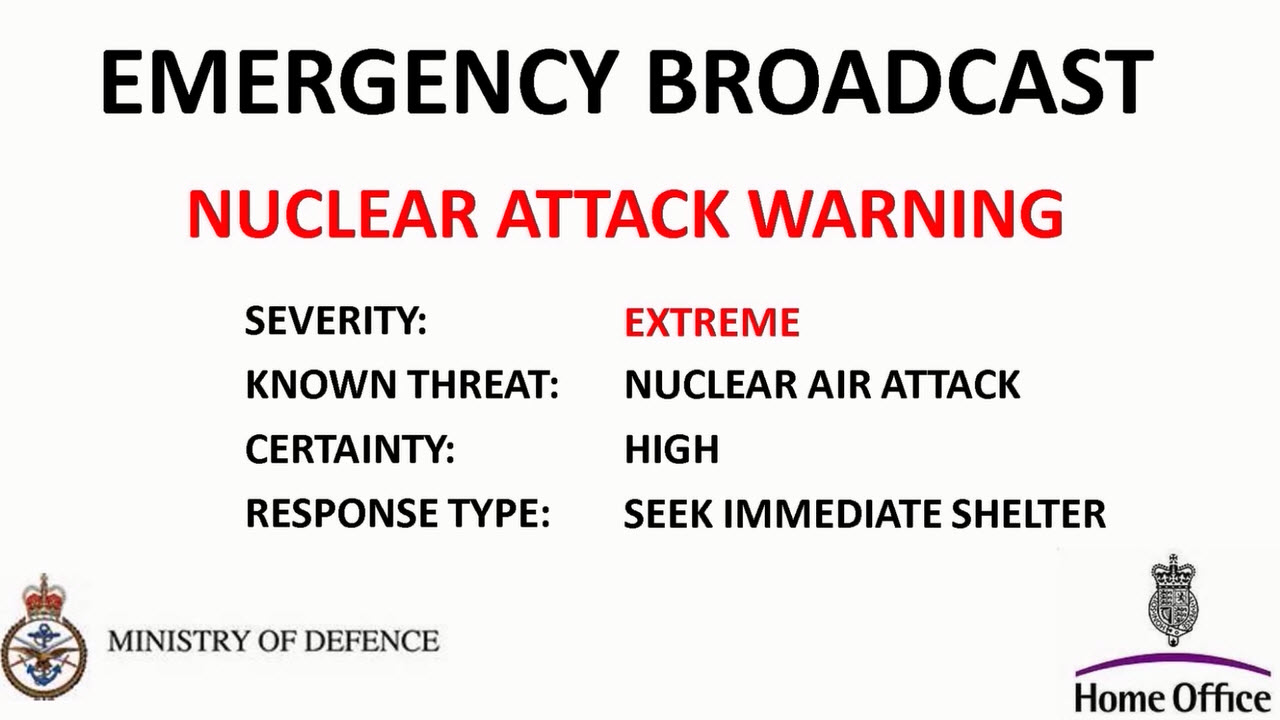 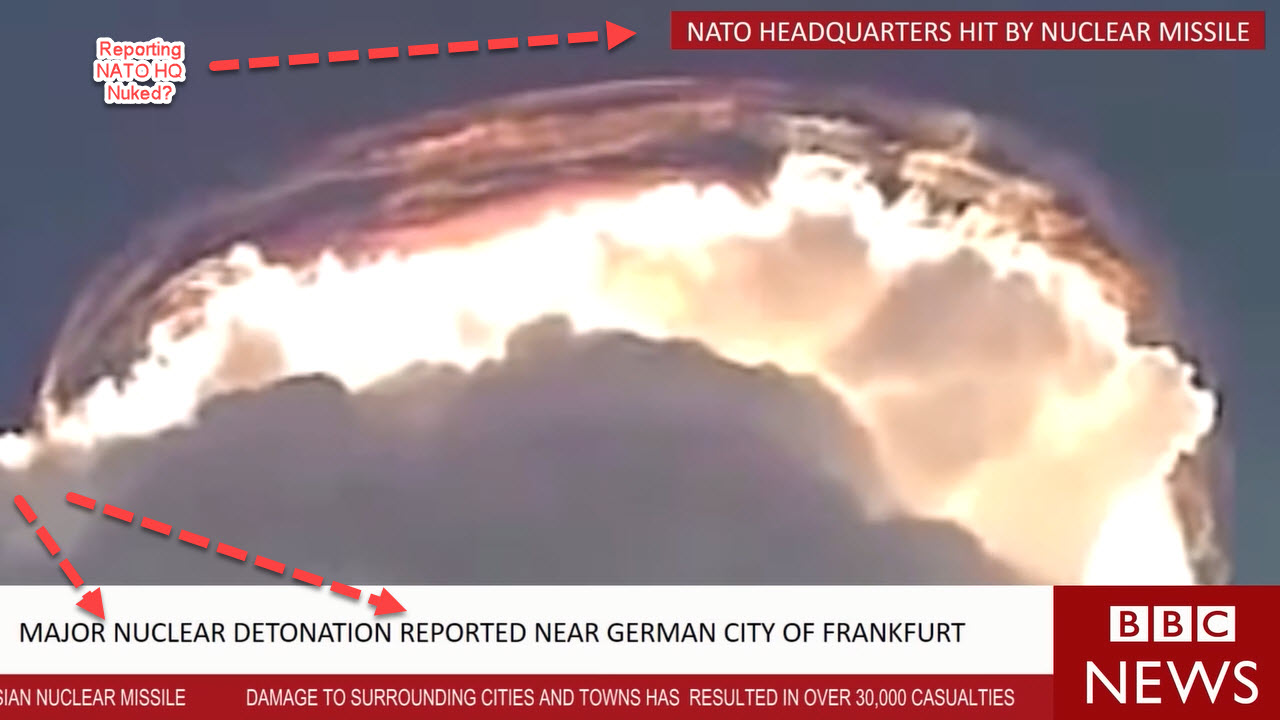 What say yee ATS; is this an elaborate farce and if so, who would benefit from such?

There are lots of reasons to call foul to this video however, there have been many events with conflicts in evidence (9-11 Sandy... etc....) and the supplied story, Are we getting close toe desperation?

It's fake, probably somebody doing it for an assignment for university or just for fun to show what they can do.

Fairly morbid school assignment.... It is also amazing that you watched the whole 36 minute video in 10 minutes....

You must teach me this some time....


I hope this was like a freshman project because I would expect more from a senior in high school.

There are some serious prophetic sources claiming that wide scale WW3 WILL break out before the end of 2016.

I think those timelines are more than a little plausible.

I pray it is as delayed as long as possible.

Certainly the oligarchy has been setting up WW3 for a long time. They are eager for the bloodshed and the population reduction.

They are eager to reduce the USA to ashes.

posted on Jul, 2 2016 @ 09:23 PM
link
If it is real, I imagine they're just trying to stay ahead of the game. Who knows? Maybe they have other prepackaged scenarios. Military strategy is no different. We have war plans for every possible scenario and battlefield.


*Edit - Just watched the video. Yeah... Lots over overacting. Sounds and looks super fake. Even the scroller at the bottom looks fake.
edit on 7-2-2016 by jaymp because: (no reason given)

Of course this is different however, BBC has been 'prophetic' in the past such as announcing WTC 7 20 minutes prior to it happening....

Really?!, so we are completely orwellian and we make fake NEWZ and mention real people's names and actions just in case it actually happens?

You are actually equating military war strategies to reporting?!

Wow, that is an amazing statement.

originally posted by: notmyrealname
a reply to: BO XIAN

Of course this is different however, BBC has been 'prophetic' in the past such as announcing WTC 7 20 minutes prior to it happening....

There's plenty to be more than a little curious about.

And, I understand that the New York Times has a massive headline ready announcing THE RAPTURE and 2ND COMING OF CHRIST.

posted on Jul, 2 2016 @ 09:30 PM
link
Notice how it cuts away from the bbc news anchor at the start and goes straight to B reel? Also how the news anchors don't identify themselves which isn't very bbc like. Or the Stock photo of the PM. It is 100% fake. Not even a good fake.

Reminds me of this masterpiece

originally posted by: Pyle
Notice how it cuts away from the bbc news anchor at the start and goes straight to B reel? Also how the news anchors don't identify themselves which isn't very bbc like. Or the Stock photo of the PM. It is 100% fake. Not even a good fake.

No one is doubting the fake, it is just who and why anyone would create it and for what effect?

Or the airhorns at the end. Completely pointless in a broadcast with only text on the screen. Besides, no one else is reporting it. Maybe I'm wrong, but I'm pretty sure a lot of people would notice a nuclear strike.

Because trolls. That's why. lol. Look at the suggested video column on the YouTube video. There's several of these videos. One of them even has "prank" in the title.

Video was ripped from another YouTube channel. Specifically Ben Marking. Here's a link to their channel:

Take a look at the list of their videos, and explanations of them.

The one in your OP is from a month ago. Here is the comment from them on it:

This is the live news broadcast and attack alert only without the regular TV program that precedes it. It simulates a live TV broadcast of breaking news of a serious incident between Russian and NATO forces in Europe, culminating in a full scale strategic nuclear attack.

Please use this video with due consideration. While you are welcome to copy and use this video, in doing so you accept full and absolute responsibility for any and all consequences as a result thereof.

The content and implications of a scenario such as the one presented in the video are unsettling, and is intended to remind people how quickly things might change, how important it is to value what we have and to take less for granted, and to recognise how fundamentally unprepared we are as individuals and as a society for any such event.

If you want to to share reaction videos, remember to ensure reasonable video and sound quality. It is a long video so there is no need to post the full length of your recording, perhaps just key reaction shots during and towards the end of the broadcast.

Constructive comments and opinions are really welcome. We can provide lower or higher resolution versions of this upon request.

originally posted by: jaymp
a reply to: Pyle

Or the airhorns at the end. Completely pointless in a broadcast with only text on the screen. Besides, no one else is reporting it. Maybe I'm wrong, but I'm pretty sure a lot of people would notice a nuclear strike.

At which point in time did you actually think that this was anything more than a potentially CANNED report and expect someone else to be reporting it?

Wow they move quick; the mentioned Mayor of London was elected May 5th and the PM is due to depart in October....

I guess some people have way too much time on their hands....


Just throwing this out...but, NATO and it's survival 'may' be threatened by fears of an EU break-up. Also, Trump's promise to remove the U.S. from NATO-A move I agree with- may also be involved. Nothing like fear to have a collective response from the rabble.