The Purification of the Earth

Even the hexagon at Saturns' North Pole is a silhouette of the Cuboid of Mecca and the hexagon inside the Star of David. 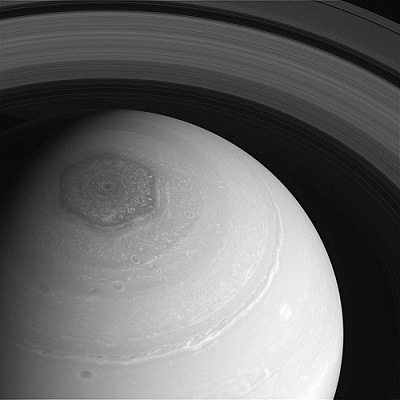 Hilarious (their view on Nanse) it sounds about right to me...besides appearances [vulgar or not] can be armour for women and no one has needed armour in our world more than women (perhaps little children need it more).

Yes, I think you are correct about coercion and threats...contracts are so tricky...it is something I REALLY need to look into more...

I was just asking one of the Fallen (the most beautiful one) whether this planet was actually 'Hell' that Inanna must descend and ascend through (14 gates) for restoration. No answer, he often doesn't answer what I really want to know.

I am going to look up a few of the things you mention. Thanks for answering Christian

It's necessary to have the correct conceptual framework before one can even begin to ask the right questions, the notion of "The Fallen One's" cannot provide such as it is simply Judaic subversion and disinformation, the consideration of the binding oath relating to the cult of Ishara is a good example, were that becomes the tradition of selling one's soul to the Devil, but in discrediting that entire tradition they reveal themselves as entirely untrustworthy and lacking in integrity.

There were certain regulatory functions associate with Saturn, time and the seasons and in the metaphorical sense ageing towards death, in conjunction with such considerations gradual change and transition, related concepts therefore of disintegration and subversion, the undermining of beliefs and the causing of collapse.

Whether this is good or evil is entirely relative to what Saturnine phenomena are impacting upon, it can be good to subvert and undermine the foolish and destructive beliefs and practises of one's self and others, there was also the tradition of simply not taking one's self and society so seriously at least every now and then, the application of critical thinking to false paradigms.

Of the planetary archetypes as you mention Saturn was the most closely associate to the notion of the Sun within the netherworld, that because of the related re-cycling through life and death, that place were dreams are born and return to die, to re-emerge in new form.
edit on Kam731210vAmerica/ChicagoFriday2931 by Kantzveldt because: (no reason given)

Thanks...yeah I am beginning to suspect the same, that is my core education so it must be rehashed until it is understood where the lies reside and with that comes vocabulary (until I get a better understanding of the entire allegory). I wouldn't be talking with them if I thought they were what they are purported to be...the conceptual framework I am building is quite at odds with anything I have ever been taught. Thanks again. I really enjoy your sharing and open giving (it is not all that common).

Well the strange tale of Turkeys daughter arriving in these British isles is not a bad place to start...

So I will take it that people who have an affinity to Kronos as opposed to affinity to Zeus are not necessarily evil people. 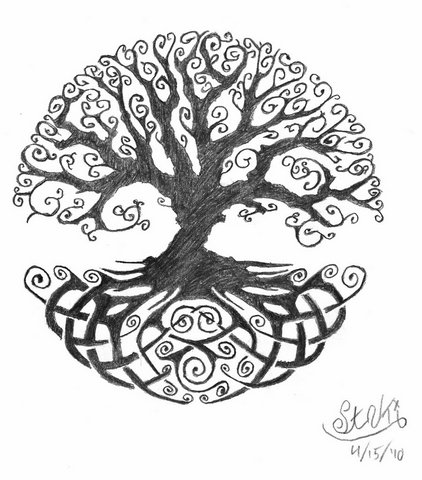 Picture from Celtic_Tree_of_Life_tattoo_idea
This tree is a recycling and purification plant in oh so many ways!

It need not have it's roots extend to the Earth's core,
people don't live there.

It need not send it's branches past the sky,
people don't live there.

The sky people and the earth people
are connected as one
by and within the tree.

Not necessarily at all and those who have the audacity to rule over us not necessarily good, but anyway here's the thing, change is generated from the deepest levels and translated upward, given that people have a disconnect with the traditions of those nether regions and would rather look to the skies that's created something of a problem, they work really hard down below also and what thanks do they get, no wonder they're a little vindictive at times...

No fair...so lovely...I was so happy to visit Britiania this year...I even brought seeds as a gift to the Earth (my family has been gone for hundreds of years in America). All I can think of is Qayin and Sin (Inanna)...the Divine couple reunited. Being an incurable romantic this just made me want to cry...while listening to the lyrics the pessimist in me figured that he would want his new wife more than what he left, as this is the way of kings (Vashti/Esther); the way of men to women...It is probably the perfect place to start (I can't wait to listen again and delve into the lyrics). 🙂 Thx again...beautiful! I'm going to go look and research now (spent part of the afternoon looking into Ishtars (and Marduk) gate in Pergamon)...I have mentioned the search for bullion [bull lion or dore a mix of silver and gold bullion] to fix the atomosphere [Adam 'O' Sphere] but most of the time I get silence as an answer or puzzlement. Allegory is not a strength of modern men. And since so many greatly desire the absolute end of 'O' (Eve) in favor of a male only society (as in the 'church' aka a completely homosexual society of 'men alone in dresses' unto the completion of the next age), you kind of have to be a bit careful who you suggest it to...m'kay, later.

The detour to Turkey is the one i had to make in this thread regarding the Ancient Conceptualization of the Matrix, that the gold of the Sun Goddess of the Netherworld it's diffusion and distribution originated in Alah land and was a core Indo-European belief, so for those reasons i would relate Turkey's daughter in the song to Ishara the Goddess of the vow, and of the seven spirits generated from within the Earth, were Istar as Venus related to only one of those seven, thus Ishara is the greater bride.

Of course there is also the role of the Lord to conceptually unite the Underworld, Earth, and the Heavens in a pleasing manner and that's what the tradition involved, the Goddess of the Underworld releases from the dungeon as it were and facilitates cyclic continuation of life, and planting seeds is also a good way of going about that.

Anyway i'm glad you enjoyed the song because that is critical in keeping the Faeries happy...

posted on Jul, 31 2016 @ 03:46 PM
link
a reply to: Kantzveldt
You know this relates quite nicely to some research I have been doing on the solar system. I heard it said that our system was actually trinary...and that the Earth herself is the remains of the smallest dwarf sun (3rd sun) while Nemesis is the binary to Sol. This would go a long ways to explaining the grid of energy beneath us. My language program equates 'prism' to 'prison'...Twyman mentions in Clock Shavings describes a seance with Qayin where it is mentioned that Qayin is in prism (black sun inside earth) and they 'correct' the communication to mean 'prison'...probably erroneously on Twyman's part. This would dovetail rather nicely with the energy grid (which is represented in a triangular fashion in pictures, but I have always felt as rectilinear when I touch or grab it...I am assuming that is an issue of human scale). Which would also fit into the myths of Ishara gradually passing through the gates until she has traveled the 7 down, 7 returning up (perhaps the concluding gate would also be the East Gate...which is described in as being operated by Lilith [Inanna] by The Yellow Rose For Texas on YT and the song/code/program that holds the Earth in the Abyss/darkness and separate from the divine realm brought about by the error which required the 7/7 correction.
www.google.com... ygB&biw=1024&bih=653#imgrc=f0aFIE8L6rBe3M%3A

One of the lines from Lord Baker really caught my attention...I wear 10 plain wide identical silver rings, one on each finger...other than the 'Last Message of Pakal Votan (the lost Lord and Lady of Palenque) and the lyrics from Lord Baker I have never seen anyone else wear The 10...is there any tradition that you know of that explains this? It was something I felt compelled to do...
ecoturismoesoterico2.files.wordpress.com...

I totally love your music selections!
edit on 31-7-2016 by ChristianHart because: Forgot to mention music

It does seem to have been the case that the doctrine of the Masculine and Feminine conceptualization of the Sun was reconciled by a third principle, likely that of singularity, the internalization and externalization of the same phenomena, as i quoted in the OP;

The third part dadag "shining" was represented by sign "two suns" and was compared to the heavenly arch on which the Moon, the Sun and planets constantly make their ways.

All formula looks like a triangle in which the third member counter balanced opposite position of two previous.

Which ostensibly would appear to be the basis for Masonic tradition were the two gender distinctions also related to the two pillars of the Temple threshold, the closest equivalent to the Hebrew temple was that of Hurrian Shaushka/Istar at Ain Dhara were the giant footprints of a God entering within were carved into the stone, probably those of Teshub/Ninurta, so beauty and strength.

The danger though in reconciling into a singularity is the overlooking of the particulars and were in fact the emphasis is entirely on the Masculine approach, it should also be considered that again the basis for this was Hurrian.

The ring thing i thought was re-emphasizing the numerology of seven, if a ring is worn on every finger perhaps including the thumb and three on the middle finger, given that would be fourteen in all correlation with lunar cycles and the full moon as well as relating to the planetary spiritual archetypes.
edit on Kam831213vAmerica/ChicagoMonday0131 by Kantzveldt because: (no reason given)


change is generated from the deepest levels and translated upward, given that people have a disconnect with the traditions of those nether regions and would rather look to the skies that's created something of a problem,


Back when I had the simplest cosmology of Mother Earth / Father Sky, gender did seem to be an issue. But add in concepts of Chthonic/Olympian with both genders in each domain it's not such an issue. Then add the Tree of Life.

Some people are able to see it cosmically as the grand union of the whole universe, others, such as myself, are limited to actual biological understanding, with a mere hint of cosmic, ie. Ishara that binds in her role of going up and down.

The tree has a circulatory system analogous to animal life circulation. The roots take in the water and elements and compounds of the Earth. Those go up to the Sun during the day. The Sun and elements produce usable food for the whole tree, from tip of leaf to bottommost root. The food goes down.

In the night, growth occurs, oxygen produced during the day is consumed in growth process. In the day, the carbon dioxide is broken to produce more oxygen and food. The circulation is constant, up and down. Ishara.