In an interesting turn of events, it seems North Korea is enthusiastic about the possibility of Donald Trump being the US president. I must admit, that it really isn't that surprising given the comments Trump has made about South Korea and Japan over the past few months. Anyway, on to what the North Korean article said:

North Korean state media has praised US presidential hopeful Donald Trump, describing him as a “wise politician” and “far-sighted candidate” who could help unify the Korean peninsula.

Well given that Trump wants Japan and South Korea to defend themselves and have a withdrawl of US forces, its not entirely surprising the North Koreans would welcome this. China and North Korea would benefit greatly from the US leaving the area.

I'm not a military expert, but I don't think Japan and South Korea on their own would fare very well against North Korean and Chinese aggression.

“This is very striking,” said Aidan Foster-Carter of the University of Leeds. “Admittedly it is not exactly Pyongyang speaking, or at least not the DPRK government in an official capacity. But it is certainly Pyongyang flying a kite, or testing the waters.

“For the rest of us, this is a timely reminder – if it were needed – of just how completely Trump plans to tear up established US policy in the region.”

The editorial referred to Trump’s speech in March, in which he suggested he would withdraw US military forces from Seoul if South Korea did not increase spending on defence.

Americans have condemned Obama for being soft on foreign policy, but leaving our Asian allies unless they "pay up" seems to be even softer on North Korea. Instead of standing united in the Pacific, we'd essentially be turning a cold shoulder unless we were hired like some private security thugs.

As someone who lives within possible attack range of a N. Korean ICBM, this doesn't sit to well with me.
edit on 31-5-2016 by MystikMushroom because: (no reason given)

ETA: The things Trump says about drawing down troop strength in Asia pegs him as a guy who doesn't understand Projection of Force. Hopefully he won't become too involved with strategic presence. Japan and South Korea dole out a ton of $$$ to keep US troops on-station.

Those Soldiers are trained and can be deployed anywhere the Government sees fit. You pack them up and send them home to Fort Living Room, when you need an Army you're going to spend a lot of time training one.
edit on 3152016 by Snarl because: ETA

" Well given that Trump wants Japan and South Korea to defend themselves and have a withdrawl of US forces, its not entirely surprising the North Koreans would welcome this. China and North Korea would benefit greatly from the US leaving the area. "

You Actually Believe that ? Mr. Trump Revels in being Unpredictable , Boy do the North Koreans have a Surprise in store for them ....LOL

Perhaps these two goofballs will be visiting NoKo soon? Btw, Japan has a military to defend themselves with, army, navy, and airforce, but who can't beat up NoKo? Even if US forces left Japan completely they wouldn't be far away if Japan needs our help. [
edit on 31-5-2016 by Swills because: (no reason given)

But it is certainly Pyongyang flying a kite, or testing the waters.

I wonder what they are fishing for. Are they interesting in gauging public opinion on this story or are they just trolling the Trump-train?

Or perhaps they think Trump is "their kind of guy".

posted on May, 31 2016 @ 05:16 PM
link
N.Korea can think what they want but Trump is no fool.And wouldn't be pushed around like Obama.
I do question his idea of withdrawing troops from the Asian theatre though as it's almost a certain hot spot in the future.

posted on May, 31 2016 @ 05:21 PM
link
wow, the worst dictator in the world PRAISES the republican nominee Trump....that should be in all the front pages of daily newspapers......that's who is endorsing your candidate, republicans...aren't you proud!!!!

posted on May, 31 2016 @ 05:23 PM
link
Trump's plan to scale down the amount of money we provide to protect these nations is not something that would be complete even in 8 years. However it's a noble idea that would leave our allies in that region in a much stronger position assuming the next administration continued the program.

North Korea is trying to push more people to vote for Hillary. Hillary is the favorable candidate for them. Hillary's, Obama's, and Bill's policy of "leave North Korea alone and they'll go away" didn't work in the past, and it won't work in the future. NK would love this, though
edit on 5/31/2016 by Pyrrho because: (no reason given)

originally posted by: MystikMushroom
That's what the headline reads...

In an interesting turn of events, it seems North Korea is enthusiastic about the possibility of Donald Trump being the US president.I

Nonsense, Kim Jong-un is just having a laugh at Donald's funny hair-do! 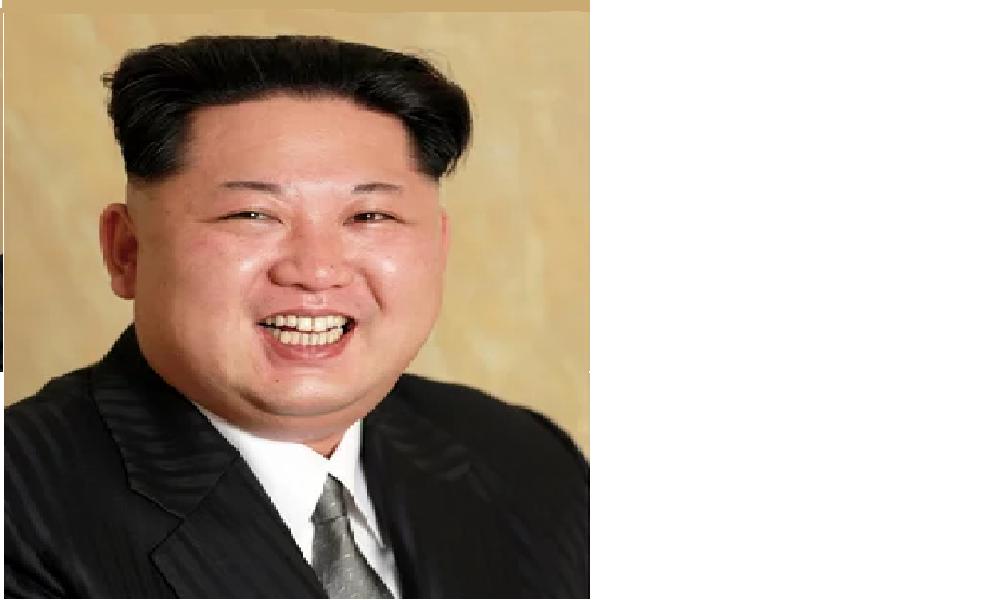 Ah North Korea trolling the U.S elections as well, it's not like they are unaware of how the rest of the world sees them, only their impoverished and ruled people are.

posted on May, 31 2016 @ 06:36 PM
link
Tout the power of China and N.Korea much , do we ? First , China has been the MOST OUTSPOKEN of countries against N. Korea and L'il Kimmie. Do you know who put together the latest sanction against NK ? From reading your OP , I would say no.

Trump will not desert the Far East . If the N.Koreans believe that , let em keep up their BS.I dont even know what the concern is. Kimmie-boy is attempting to glorify whats left of the rat-hole country the leaders have made it into. Imagine if he took the money that he is using to try and taunt the western world , and applied it to feeding his own starving people.Developing technology to help his own country instead of gorging himself on western junk food while he threatens the same part of the world that supplies him ding-dongs.
Got to hand it to ya....Anti-Trump , Anti-US , and Pro NK in one thread

As for bringing the troops home?

South Korea, and Japan can more than take care of themselves. China isn't going to do anything, period. If North Korea is so foolish as to attempt an invasion of the South, they'll get exactly what they deserve. Their heads handed to them. South Koreas military may be smaller, but theirs is a first world military...NoKo's is not.

...and Japan has a moat. ...and a first world military to defend it. Not to mention a history of not particularly liking either China or Korea.

While I agree the US has A LOT of military bases all over the world I would be saddened to see Japan and SoKo taken off the rotation list because they are great places to be stationed at! Although, just recently, Japan has imposed a curfew and a drinking ban on US Marines stationed in Okinawa because a murdered woman.

That said, the US has been closing up bases all over the world. My last duty station I helped pack it all up to be sent to Washington state's sister command.

Let's end the conflicts in the Middle East and bring those boys and girls home first.

He is so unpredictable that you know he has a surprise for NK?

My sister and her husband were stationed in Japan. They loved it, they almost stayed when he retired. Unfortunately, he was extended when GulfWarII broke out.

Perhaps Trump can hit up NK for a campaign contribution now that he has flip/floped on funding his own campaign and gone begging.

The Chosun Sinbo, the mouthpiece of North Korea’s Japanese front organization Chongryon and often for the North Korean regime itself, has announced its preference for Obama over McCain