Washington (CNN)Republican front-runner Donald Trump moved to staunch scathing criticism of his national security views on Friday, executing an abrupt about-face by declaring that he would not order the U.S. military to violate international laws to fight terrorism.

After advocating the killing of terrorists' families and the benefits of waterboarding, Trump reversed course after condemnation from former cabinet members, lawmakers and intelligence and military officials, some of whom denounced him as "utterly unfitted to the office" of president.
Donald Trump reverses position on torture, killing terrorists' families

During the George W. Bush administration I believed the legalization/adoption of torture was one of the biggest problems. This is very good news, Trump looks a lot better to me now.

How could the "good guy" be pro-torture? That was inconceivable to me. He may need to reverse some of his other more egregious statements as well before he can win a presidential election.

Is it just possible that Trump was made an offer he couldn't refuse?

Having an openly pro-torture presidential candidate would be a terrible blemish on US history forever. Not to mention the fact that it is dangerous for national security.

Sometimes a picture is worth more words than exist... 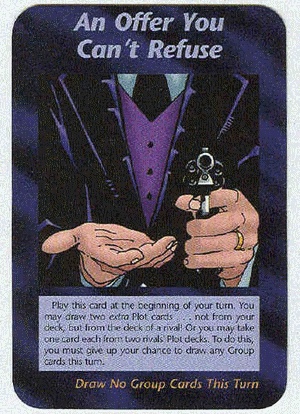 Odd, I thought he didn't let other people dictate to him what his policies are? I wonder if he'll re-think his wall too?

Hm...maybe as time goes by he'll become just like every other candidate in the GOP...?

First - I'm not pro Trump. I voted for Kasich, as a moderate Independent. I'm also not pro-torture.

But from a strictly political junkie, rubber-necking, solidly middle-class American perspective, I can't tell if this is good, bad or simply just honest.

OF COURSE we want our leaders to uphold the Constitution. And be smart enough to adopt best practices or respond to conventional wisdom. We also want them to have a moral compass.

Where does torture fit into that? I dunno.

Where does politics come into it? I hope nowhere.

Where does Donald Trump fit into that? I can't even...

I'm glad to see the u-turn, much like he is now considering more options than just banning Muslims...


But he isn't exactly ideal, he is joint best of a bad bunch along with The Bern.

Maybe in a fit of clarity, Trump was pro-torturing people who were pro torture, like most of the republicans and Democrats that voted for legalized torture and maybe he is against torturing the people against torture. Seems workable and I don't see a problem waterboarding goverment people who approve of waterboarding. What's good for the goose is good for the gander ;-)

Well at least he is consistent. He flip flops like clockwork.

Maybe he will be a green party member next election and advocate for ecological concerns.

Maybe he will be a gay rights supporter and will run for office with the first first man.

I know the Trumpers will say he is just playing smart. But really he always was, since day one of fooling you.

That is dead on. You know your stuff.


Torture is just plain stupid. Britain wont use it because any information gathered is highly suspect. Like weapons of mass destruction that didn't exist . To stop the pain people will tell you what you want to hear, then hate you forever. I feel sad that a super power has got into this. It means that those at the top sanction it for whatever reason, which makes them just plain stupid. The real reason is that, said super power cant really be that smart, if it has to resort to bully tactics.

During the Bush administration the laws were intepreted back and forth several times as to the legality of waterboarding. With bush finally claiming he banned it.

Obama said he banned waterboarding but shortly after that DOD refused to state whether it was still being used.

Just last year China claimed waterboarding was still secretly being used by the US.

He made no specific mention of "waterboarding" in his newly released statement only adherence to international law.
edit on 4-3-2016 by Deny Arrogance because: (no reason given)

I kind of wish I was wrong. I hate seeing how easily these candidates manipulate people by pivoting their positions when it's useful to their campaign.

Even though I'm supporting Bernie for now, I'm curious to see if he'd also adjust his positions if he won the Democratic nomination. I don't trust him on foreign policy yet, so I can see him doubling down on some "strong military" rhetoric to pull in those voters. I also have no clue who he'd put in his Cabinet, which is a near deal-breaker for me. His revolutionary talk would be meaningless if he adds members of the Democratic establishment and powerful neoliberals and neocons to his team.

Oh well. We'll cross that bridge if/when we get to it.

OMG! A candidate running for POTUS flip-flopping? Say it ain't so.

posted on Mar, 4 2016 @ 11:19 PM
link
Please provide proof of the claim in your title that Trump stated anything about "killing terrorist's families".

I can only find statements about "going after" terrorist's families which is not necessarily the same thing.

The US went after Quadaffi's son amd put him on trial. Nothing wrong with that.

The US went after Saddam Hussein's sons and grandson who shot back at US soldiers so they were killed. Nothing wrong with that.

posted on Mar, 4 2016 @ 11:52 PM
link
Trump is pro choice, pro life, for and against assault weapons ban, for and against torture, for and against refugees etc. Nobody has any clue what his stand on anything is because he caters it to his audience. He even changes the past saying it was against the invasion of Iraq and airstrikes and Libya when you can watch him say the opposite in interviews from the time. He literally just says whatever you want hear. But, hey he loves the uneducated because they buy it hook line and sinker. All politicians shift on postilions, like if they are pro choice or pro life they may shift on details but, not the entire position. Trump changes sometimes day to day. Honestly though I think it just he has no idea what he said before because he just makes stuff up as goes.

Let's conveniently forget all the hundreds of other drone strikes that killed wives and children of terrorists under Obama and Hillary's watch.

Let's ignore Hillary's memoir where she defends the Obama administrations use of drome strikes which some claim violated the same International laws now in question.

Does anybody really believe Hillary, Bush or Obama will ever be charged with violation of international law and war crimes?


The torture thing was the one thing that made me really cringe, but you know all the other candidates save Bernie (maybe) are pro torture, they just dont say it. Hillary has already presided over such, and torture is a standard neocon position since Bush. Im also guessing the wall,is more metaphor than reality. I agree that illegal immigration needs some controls. I didnt like how he generalized mexican illegal,immigrants negatively, but id rather have aomeone that was nilon,pc and can,actually talk,about an issue.

Trump is a pragmatist firat and foremost. He has the most anti war stance of any of the candidates. He has real job and business growth policies. Leans right on taxes.

Pro 911 truth. Anti war with Russia. Sticking up for American jobs. Anti TPP. Hes rough on tje edges at times, but hes got some very good positions on,many issues when you look into it.

His positions on prohibition are questionable. But so are all the other candidates.

And ya, he might screw us. So,might any of the candidates. The worst part is the narcissistic faux moral outrage against him. Bush Obama and Hillary all presided over torture. And when did it become racist to not want illegal immigration. It is ILLEGAL and causes issues. Obama continued the drug war. Hell he sold weapons to,the cartels for,effs sake. But we cant have those same weapons? Bah! Absolutely sanctimonious neefherders everywhere.

Here,here Our PILOTS live through it without a problem
Trump is selling a product.
What ever it takes to get the sale he does it.
WE HAVE NO IDEA what he really WILL do however HE will take PROFESSIONAL advice in order to achieve results instead of a political or ideological (OTHER THAN HIS OWN ) approach.


Rand paul dose it on one issue and he is vilified.

Trump does it every other day and he is still a hero.