posted on Jan, 8 2016 @ 10:51 AM
link
A cargo flight from Oslo has crashed near Sweden. The crew sent out a distress call approximately 9 miles from the Norwegian border, before contact was lost. A Norwegian F-16 searching for the aircraft has spotted wreckage between Lake Akkajaure in Norway and Sweden's Lapland Mountains. At least two people were on board, and are thought to have been killed in the crash. Reports are that there isn't much left of the aircraft, indicating it hit the ground at high speed. Early reports were that it departed London, but according to the Airline they were flying from Oslo to Tromso, Norway.

A cargo plane flying from London Heathrow airport has crashed in northern Sweden shortly after sending a distress signal. A Norwegian F-16 is thought to have located the crash site and wreckage.

According to the Swedish Transport Agency, the wreckage has been spotted at a location between the north-western part of Lake Akkajaure in Norway and Sweden's Lapland Mountains. At least two passengers, reportedly European nationals, aboard the Swedish-registered Canadair CRJ 200 are believed to have been killed.

The aircraft had taken off from Oslo an hour prior to the crash. It was operated by West Atlantic, based in Sweden. There were two people on board, with over 3,000 hours between them on the CRJ-200. The last reported position by FR24, showed them at 33,000 feet, around local midnight.

The jet, which had taken off from Oslo just an hour earlier, went down in a remote, mountainous area between the Nordic countries in the middle of the night.

Rescuers were still trying to access to crash site Friday morning after which had been seen by passing. Everyone on board the CRJ-200 aicraft is feared dead.

The flight, a cargo plane carrying post, was travelling to the northern city of Trosmo.

The aircraft was registered as SE-DUX and had been in the fleet since 2007. They were carrying first class mail and packages. 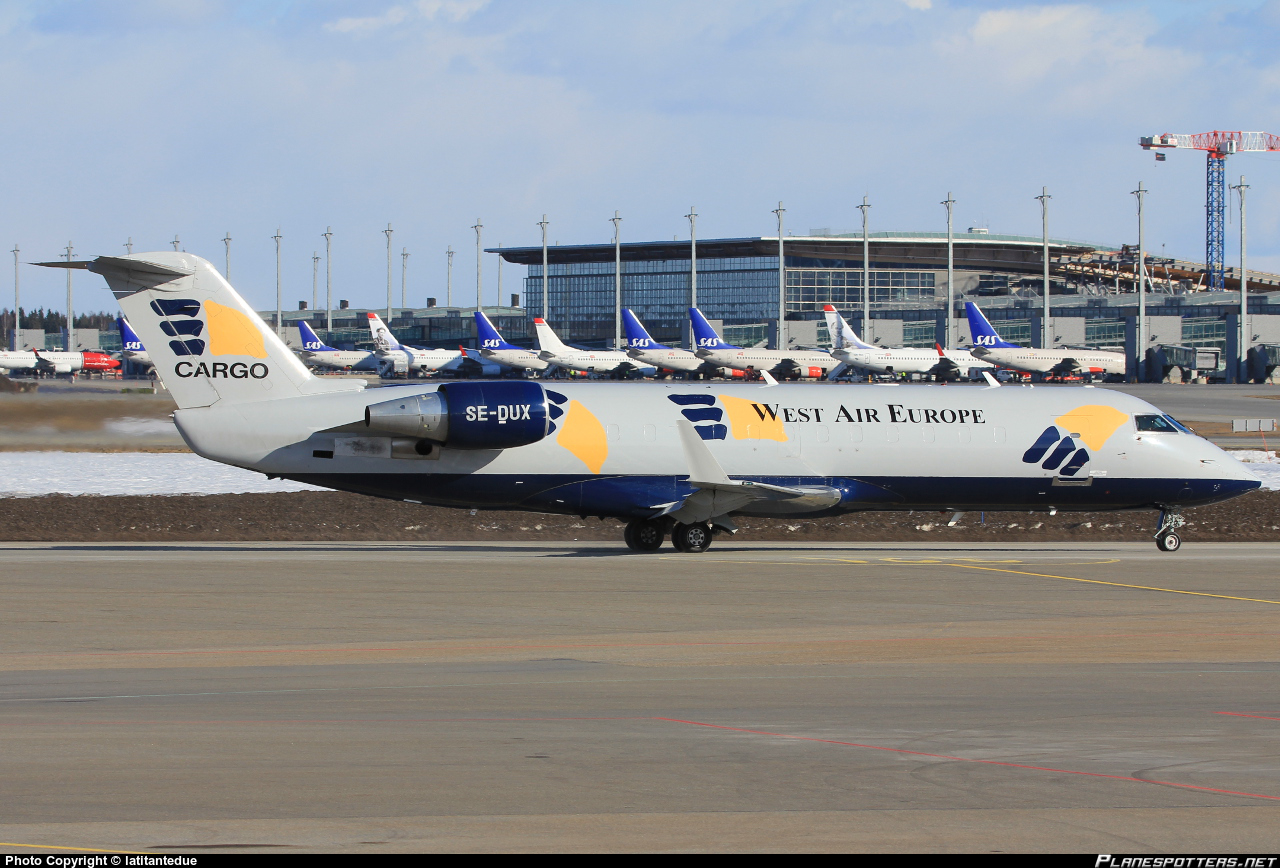 posted on Jan, 8 2016 @ 12:04 PM
link
It appears that the aircraft dove straight into the ground. The crash site covers an area approximately 165 feet, and no large pieces have been found.

Or there was a serious failure, rendering it uncontrollable. Not necessarily engines, although being an hour after takeoff, those will definitely be suspect.

Images of the crash site: 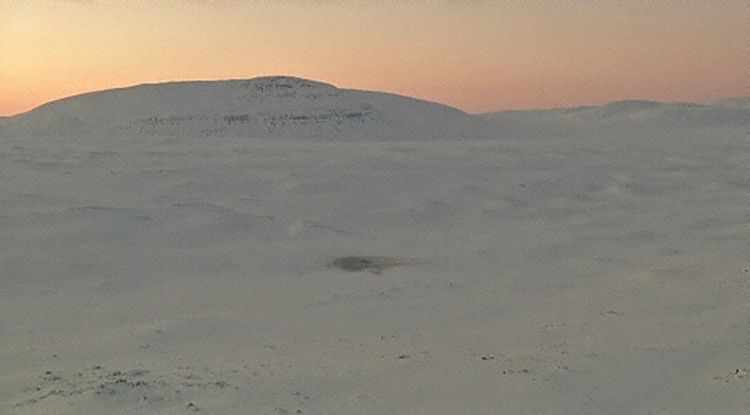 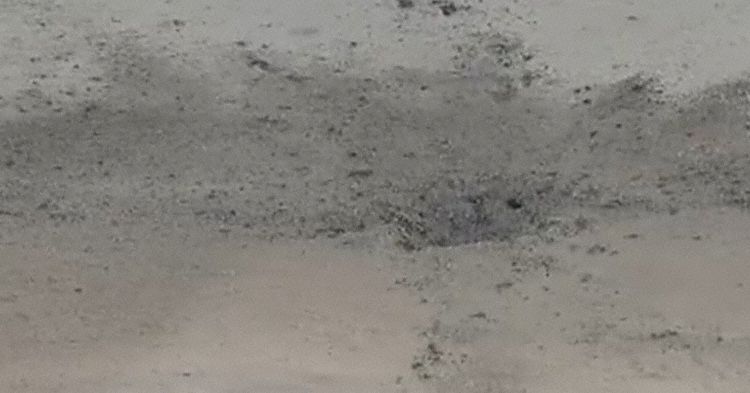 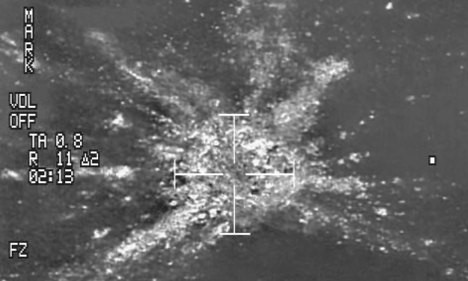 The accident aircraft was recorded at 33,000 feet, then a minute later were at 11,700 feet, after calling mayday. There are reports that the company that does CRJ conversions to freighters lost their certification, due to problems with a cargo door on a 737 conversion, so it's possible that they had a door problem, but nothing has been released about the mayday call, other than it was made.


Is it possible the wings froze up with Ice or the flaps became frozen? Seems like they had zero ability to control the plane so I'm thinking the plane wasn't responding to their inputs.

I'm betting on a structural failure of some type, putting them out of control.

posted on Jan, 8 2016 @ 03:42 PM
link
Another Bombardier CRJ-200 that crashed (Pinnacle Airlines Flight 3701) had a flame out and possible core lock of both engines when it tried to reach 41,000 feet altitude in unsuitable conditions, As sweet as the Bombardier's look they don't seem to glide too well.

What do you think was the most likely failure structural wise that happened given the circumstances? Are there certain culprits that usually are the cause or could it have been anything?

There was either no attempt to pull out of the dive, or they were unable to pull out. Either they knew they wouldn't be able to do anything or were unable. So something caused that to happen, and 7 or 8 times out of 10 it's going to be structural in some way.

Yeah, that was arguably one of the dumbest crashes I've heard of in recent years. They wanted to see just how high they could really get, and killed both engines at 41,000 feet so they could join the 410 Club.

They pulled 2.5Gs at one point, climbed faster than the manufacturer recommended, then pulled 1.2Gs to get to 41,000 feet. They overrode four stall warnings, then after the engines locked up they failed to follow restart procedures, radioed a single engine flameout, and spent so much time trying to restart they could no longer reach one of the four airports they were in range of.

Or the controls did something and it just went down, like the Alaskan Jet a few years back, with the Jackscrew issue.

Zaph, does a CRJ have a similar component of such criticality on the elevator?

Yes. All the T-tails have something similar. The good news if it was the jackscrew is that it most likely was aircraft specific and not a sign of a fleet wide problem.

There's been rumors of previous cases of elevator trim runaway/jam on one of their planes lately.
Of course the cause of the crash might be something else, but whatever it was it happend suddenly and ended bad.

West Atlantic operates 2 CRJ-200 out of Tromsø (my home base) and the remaining one is grounded after the crash.
I flew just about the same route as the accident plane 3 hours earlier, and the weather was clear, calm and cold.

That could do it.

wow. can't fix stupid it seems. Thanks for the info

Well technically they did, considering they both went up for a Darwin Award after that flight.