page: 1
65
<<   2  3  4 >>
log in
join
share:
Telos
+41 more
posted on Nov, 27 2015 @ 09:48 AM
link
This goes behind the absurd. Turkey condemns the "attack" of the convoy fueling the terrorist groups with weapon in Syrian territory as an act of war but justifies shooting down a russian plane in apparently Syrian territory? Who is behind Turkey in all this because I don't think Erdogan (as fundamentalist and arrogant it might be) has the nuts to play cat and mouse with Russia?

Turkey have accused Russia of attacking a convoy of Turkish trucks inside of Syria that have left seven dead and several more injured.

Even though Russia have denied being responsible for the attack, Turkey have nonetheless accused them of committing “an act of war”. Footage released online by the Istanbul-based Humanitarian Relief Foundation (IHH) shows plumes of smoke from the burning trucks and people running about in panic. At least 20 trucks were engulfed in flames.

The mission, however, wasn’t sponsored or organized by the IHH, the group said.

No organization has as yet confirmed that the convoy belonged to them.

“Our teams helped to extinguish the fire… The trucks do not belong to us and there is no information on who bombed them,” Mustafa Özbek, an official from İHH, told Reuters.

I applaud the attack on the convoy because has been said and known for a while that Turkey is suplying ISIS with not just money and soldiers but also weapons. Most of the recruiting centers and also connecting points are in turkish territory, in approximation with Syrian border. So I for once applaud russian action to take the supply of weapons down.

""The Hawar news agency reported that Turkey repeatedly sent convoys with arms to the Al-Nusra Front and other terrorist organizations under the guise of humanitarian aid.

Reports on Twitter went further – they identified the arms as allegedly “Docka machine guns” and “small arms with ammunitions.”"

Slowly but surely, WW3 is coming into focus.

But anyone remember that thread here a few moths ago by that American general who said something like
"as it stands now, i'l be happy not to have a world war by the end of the summer "
or something like that...

LOL - the western propaganda machine is having a "fail" week, although the precious snowflake, politically correct kardashian crowd will take this news as gospel.


And Russia is going on the offensive with Turkey - Media wise
RT : Syrian Turkmen Commander who killed russian pilot turns out to be Turkish Nationalist
Lavrv : Those who shot, killed Russian pilot as he descended most be on the terror list

I'm looking forward to Russia exposing more and more lies, as Putin tends to be a little less politically correct, which I applaud.

posted on Nov, 27 2015 @ 10:18 AM
link
Time to start picking a side I guess, Russia won't back down, Turkey seems as stubborn, things will escalate over the next month or 2

Now I COULD say:
Turkish intelligence was could be involved in the murder of journalist Serena Shim

Shim had been reporting that:
- IS militants had crossed the border from Turkey into Syria in trucks apparently affiliated with NGOs, some of which allegedly bore World Food Organization symbols.

Serena was “killed“ in this “accident” after a threat by Turkish Intelligence and after she reported that IS militants had crossed the border from Turkey into Syria in trucks. 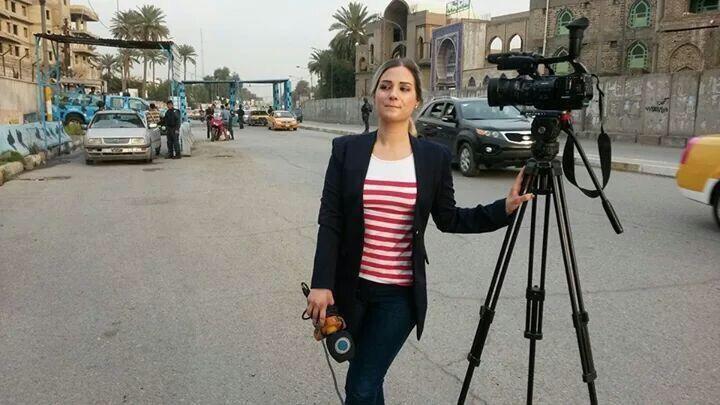 Listen to her claims:

the man in the video you presented says the the convoy was bringing food for the Syrians , i dont see any sign of weapons there

Well Putin has no problem calling the kettle black. Doesn't appear like he's letting the U.S. Off so easily

“The American side, which leads the coalition that Turkey belongs to, knew about the location and time of our planes’ flights, and we were hit exactly there and at that time,” Putin said at a joint press conference with French counterpart Francois Hollande in the Kremlin.

Putin on Thursday dismissed as “rubbish” Turkey’s claim that it would not have shot down the jet if it had known it was Russian.

“They [our planes] have identification signs and these are well visible,” Putin said. “Instead of […] ensuring this never happens again, we are hearing unintelligible explanations and statements that there is nothing to apologise about.”

Calling it an "ambush"

Little sympathy here. Live by the sword die by it, Turkey.

May be Putin should invade? Get them off Europe's back. They have been nothing but trouble to the EU, using us in their games.

15a) Offensive Content: You will not Post forum posts, private messages, PODcasts, blog entries, videos, images, and other supported content, links to images or use avatars and/or signatures that are unlawful, harassing, libelous, privacy invading, abusive, threatening, harmful, hateful, vulgar, obscene, and/or disruptive. You will not use text, images, avatars or link to images or domains that contain gore, mutilation, pornography or illegal content. Doing so will result in removal of your Post(s) and immediate termination of your account.