Questions surrounding the chronology, place, and character of the initial human colonization of the Americas are a long-standing focus of debate. Interdisciplinary debate continues over the timing of entry, the rapidity and direction of dispersion, the variety of human responses to diverse habitats, the criteria for evaluating the validity of early sites, and the differences and similarities between colonization in North and South America. Despite recent advances in our understanding of these issues, archaeology still faces challenges in defining interdisciplinary research problems, assessing the reliability of the data, and applying new interpretative models. As the debates and challenges continue, new studies take place and previous research reexamined. Here we discuss recent exploratory excavation at and interdisciplinary data from the Monte Verde area in Chile to further our understanding of the first peopling of the Americas. New evidence of stone artifacts, faunal remains, and burned areas suggests discrete horizons of ephemeral human activity in a sandur plain setting radiocarbon and luminescence dated between at least ~18,500 and 14,500 cal BP. Based on multiple lines of evidence, including sedimentary proxies and artifact analysis, we present the probable anthropogenic origins and wider implications of this evidence. In a non-glacial cold climate environment of the south-central Andes, which is challenging for human occupation and for the preservation of hunter-gatherer sites, these horizons provide insight into an earlier context of late Pleistocene human behavior in northern Patagonia.

This is something a few of us that have been following the developments in the study of early americans have been expecting for quite some time.


Tom Dillehay has for many years investigated the archaeological remains at Monte Verde, Chile. These provide some of the earliest evidence of human habitation in the Americas, with well-documented cultural material from 14,500 years ago (calibrated). This early occurrence was for the site designated Monte Verde II, and has abundant cultural evidence including at least two structures, human footprints, and many artifacts. It is widely regarded as the earliest most solid evidence of human habitation in South America.

Monte Verde is a bit south of the midpoint of Chile, around 1500 km from the southernmost tip of the South American mainland. While archaeologists still debate the earliest evidence of human activity in North America, it is clear that people must have gotten to North America early enough for them to end up near the southern end of South America more than 14,000 years ago.

In PLoS ONE this week, Dillehay and colleagues report on the results of further archaeological survey work at Monte Verde, this time at the locality designated Monte Verde I. Earlier investigation of Monte Verde I (MV-I) had uncovered what seemed to be very early artifacts, but not with contexts that Dillehay and colleagues had judged to be adequate to substantiate their surprisingly early dates. But during the new excavation work, they uncovered artifacts together with localized burned features in association with radiocarbon ages that, when calibrated, imply that some of the features are at least 18,500 years old.

This paragraph from the paper tells the overall story of their excavation goals:

ed on our previous findings at MV-I, which revealed possible cultural evidence laterally dispersed in deeper, sandy levels of the sandur plain, our recent work centered on spatially intermittent excavations and core drillings across a 500 m area between the MV-I and Chinchihuapi sites in search of additional scattered remains down to and below these levels (Fig 2). The result was the discovery of twelve small, discrete burned features directly associated with fragments of burned and unburned faunal remains, spherical and manuport stones, and human-knapped flakes dated by 14C and OSL means between at least 18,500 and 14,500 cal BP (Fig 3, S4 and S5 Figs). The features and associated lithics and bones are spatially limited within discrete lenses, averaging ~33 by 42 cm in spatial extent and ~1.0 to 2.8 cm in thickness. Only one excavated unit, measuring 5 by 5 m in size, contained more than one feature, indicating their widespread and intermittent dispersion across the study area. Although both horizontally and vertically discontinuous, these remains appear to represent ephemeral seasonal activities laterally spread across uneroded, slightly elevated surfaces (~0.5–0.8 m high) between small, narrow and shallow channels of a braided drainage system buried in the SCH-Fm (Fig 2 and S1 Fig).]

Dr. Hawks goes on to make some very good observations,

As Dillehay and colleagues briefly suggest in their introduction, the earliest sites in North America might even represent a back-migration of people from South America.

This idea was originally put forth by BLM archeologist Micheal Kunz, in 2011, based on lithic traditions in N and S America.
www.ele.net...
This idea is well illustrated in the very different tool traditions seen in Central North America and up into beringia.
It is also allude to by excavations at a quarry site in Idaho, which is discussed here, www.abovetopsecret.com...
A very ancient presence A. is a certainty given the large number of very ancient sites, one more than 20k years old in brazil,
discussed here
www.abovetopsecret.com...
There are many other lines of evidence that, brick by brick are tearing down the old dogmatic wall of "clovis first", which even three decades ago should have been dead.


New radiocarbon dating of Clovis-culture materials shows that this group inhabited the Americas a little later and for a shorter period of time than previously believed.

Archaeological evidence of human occupation in South America also dates to the same time as the Clovis-culture materials. This suggests that people were living in the Americas before the Clovis people arrived.

"I look at it as the final nail in the 'Clovis first' coffin," said Michael Waters, director of the Center for the Study of the First Americans at Texas A&M University.

posted on Nov, 19 2015 @ 02:58 PM
link
So , I've just had a chance to "breeze "over the paper,
it is one of the most definitive papers on a site in a very long time.
The 18kya proclamation is a very conservative representation of their data, that shows a human presence for sure 25k years ago, and a possible presence 33k with some faunal remains going in to the 40k range.
They have found exotic stone and plant materials at the oldest levels, showing either a highly mobile lifestyle or in place trade networks.
One of the things that strikes me is they are finding pebble tools and grinding stones at the oldest levels.
60 years ago Carter was ridiculed for proclaming date of more than 45k for the pebble tools and grind stones he was finding in San Diego, Ca. At the same time McNeish was tracking the occurrences of pebble tools in the older levels at numerous very sites.
Now that Dillehay at team have corroborated a deeply ancient population in S.A. , the out of hand rejection of many sites in Central and north America, will be hrder to defend. If you have sites in S.A. at 25kya, why not 25kya at Pendejo Cave, or 25 kya at butcher site on the Monterey peninsula, or the literally dozens of other sites with evidence of occupation far older the 20-15kya point of entry from Asia.

originally posted by: punkinworks10 Now that Dillehay at team have corroborated a deeply ancient population in S.A. , the out of hand rejection of many sites in Central and north America, will be hrder to defend. If you have sites in S.A. at 25kya, why not 25kya at Pendejo Cave, or 25 kya at butcher site on the Monterey peninsula, or the literally dozens of other sites with evidence of occupation far older the 20-15kya point of entry from Asia.

This hypothesis came to be challenged by studies suggesting a pre-Clovis human occupation of the Americas. In 2011, following the excavation of an occupation site at Buttermilk Creek, Texas, a prominent group of scientists claimed to have definitely established the existence "of an occupation older than Clovis."

Just playing devils advocate here but having had many a conversation on the topic with Punkinworks, I don't believe the implication has anything to do with Clovis First. We're all pretty well on board that Clovis First is DOA. At 18KA, especially so if that time frame proves to be on the conservative end of the spectrum, Monte Verde has to make us rethink things ever so slightly in regards to migration patterns and potential back migration( which when looking at HN gene ingression into Africa 3KA, understanding these back migrations will give us a more comprehensive view, but you know this so I'm being redundant). The implications of a less conservative date could be far reaching, particularly if anything remotely near the 40KA range proves true. 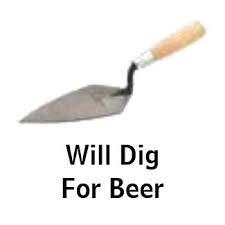 posted on Nov, 19 2015 @ 05:41 PM
link
a reply to: peter vlar
PeterV hello,
Marduk
Maybe clovis first was poor choice of words, what I was really trying to say is, many of the most vocal "clovis first" proponents, that have so vocally argued against early sites haven't really accepted an earlier entrance or a much more complicated settlement scenario. And the single wave, then beringia standstill idea has taken hold in place of clovis first, even though while the ancestors of the dene were stuck in eastern beringia, there were people roaming at the farthest tip of S.A., and there were people carving camel bones in central mexico, and and 20k years before that people were butchering mammoth in Colorado.
Anyhow the paper is very good, and addresses some re occurring critiques of the stratigraphic placement of artifacts within an assemblage.

originally posted by: JohnnyCanuck
a reply to: punkinworks10
Ain't it great?


originally posted by: JohnnyCanuck
a reply to: punkinworks10
Ain't it great?


...and this is how those academic debates commence. 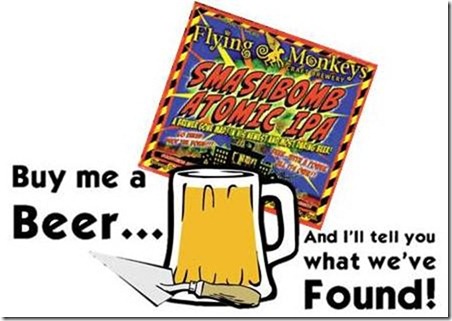 
originally posted by: JohnnyCanuck
a reply to: punkinworks10
Ain't it great?


...and this is how those academic debates commence.

Arkies are a cheap date

It took for doubles of 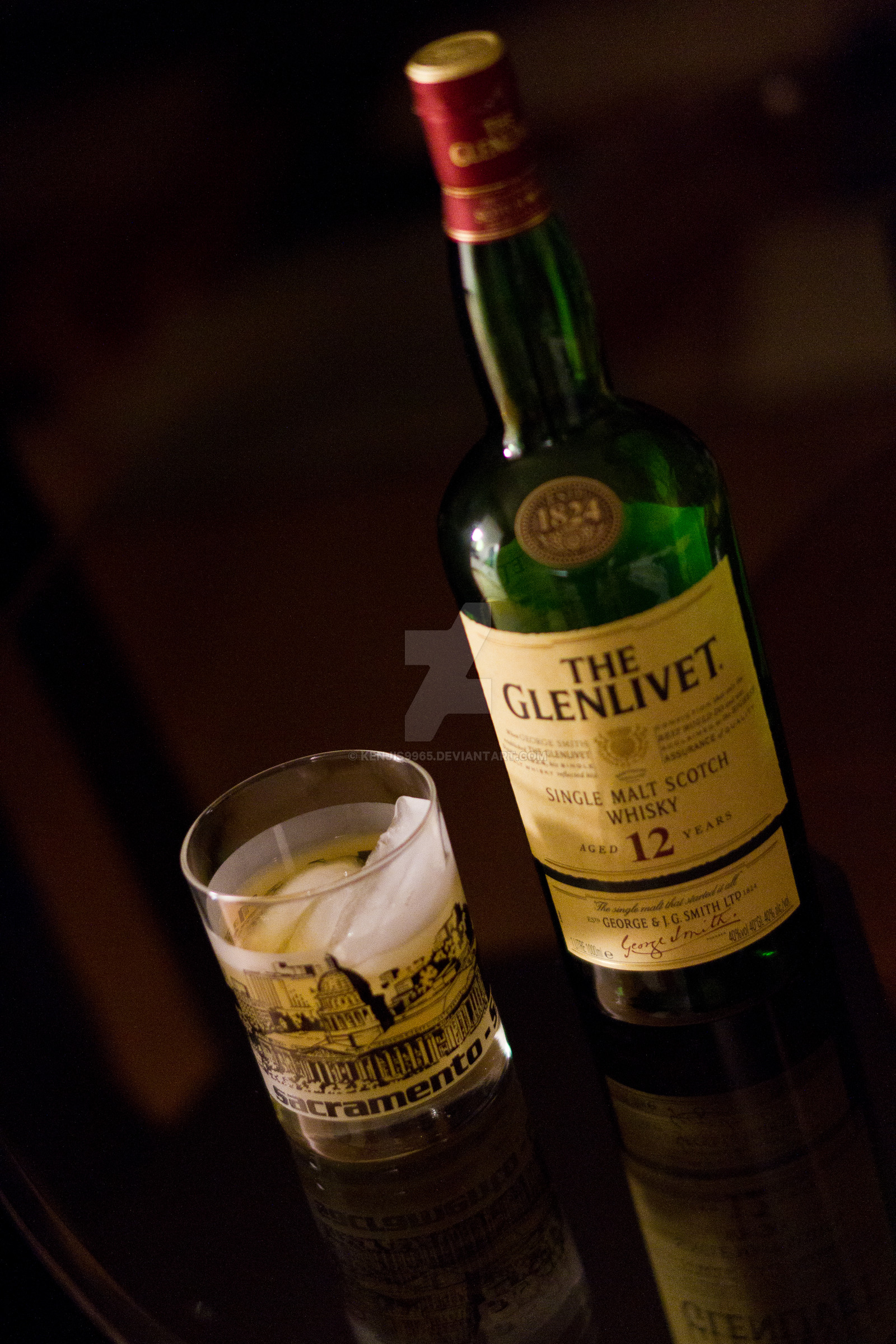 to pry some info out of my geologist acquaintance about a dig he worked on.