Ron Paul: Paris and what should be done

posted on Nov, 17 2015 @ 01:46 AM
link
For those of you who may know me on here, I've never been a fan of Ron Paul. In fact I've written a number of threads against him and his policies. There's alot I don't agree with him on... however when it comes to foreign policy, there's a lot I find hard to disagree with him on. I came across this article of his on the recent attacks in Paris and I must say, he makes a number of good points. To put it in short, he opposes more bombs in the ME:

More bombs will not solve the problems in the Middle East. But a more promising approach to the Middle East is currently under fire from the isolationists in Washington. The nuclear deal with Iran ends UN sanctions and opens that country to international trade. Just last week the presidents of France and Iran met to discuss a number of trade deals. Other countries have followed. Trade and respect for national sovereignty trumps violence, but Washington still doesn’t seem to get it. Most presidential candidates compete to thump the table loudest against any deal with Iran. They will use this attack to propagandize against approving trade with Iran even though Iran has condemned the attack and is also in the crosshairs of ISIS.

Here is the alternative: Focus on trade and friendly relations, stop shipping weapons, abandon “regime change” and other manipulations, respect national sovereignty, and maintain a strong defense at home including protecting the borders from those who may seek to do us harm.

We should abandon the failed policies of the past, before it’s too late.

Ron Paul makes a number of points about ISIS, including the fact they go to where they are in part because of Western military and financial support. He says bombing them will continue the cycle we're in. I'm personally alittle torn as I want justice for those victims who fell at the hands of ISIS, all the victims... but it's a double edged sword.... ISIS knew there would be retaliation and they're waiting for western forces to play a ground game of war on their turf. It's the same cycle... just like when Iraq was invaded, just like when troops were sent to Afghanistan. It continues on and on.... obviously the same tactics of bombings and a military presence in the ME hasn't changed radicalization of groups in that region.... so why continue it? I think ISIS needs to be taken out, but from there the west really needs to start questioning its military involvement with ME nations from here on out. It's not working out at all.

originally posted by: Southern Guardian
I've never been a fan of Ron Paul. In fact I've written a number of threads against him and his policies. There's alot I don't agree with him on...

originally posted by: Granite
a reply to: Southern Guardian

You call him Dr. Paul! 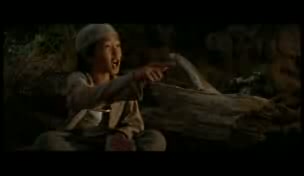 
originally posted by: Granite
a reply to: Southern Guardian

You call him Dr. Paul!