posted on Nov, 16 2015 @ 04:00 PM
link
A Dr. Richard O'Conner who has a trail camera mounted on the corner of his house caught these ufo images over Clancy Montana recently. It just happens to be that Dr. O'Conner also monitors airspace with cameras around the Jesse Marcel Library, in Clancy Mt.,who is the same Jesse Marcel of Roswell fame. Interesting coincidence. Dr. O'Conner noted that the left end side of the ufo's is brighter and wondered in his witness report if this could be due to propulsion system perhaps. He noted the one ufo is smaller but that they both had roughly the same configuration. He also said that when increased by 200% in size the larger of the two had a well defined what he called "porthole" appearance to him.

The camera used is a Reconnyx 900 motion detecting. Of note: Dr. O'Conner is a ufo and a crop circle researcher. A link to his crop circle site is included with this report. Source link
edit on 16pm30pm5091 by data5091 because: (no reason given)

Given the mood of other topics im glad you posted this going to look into it. 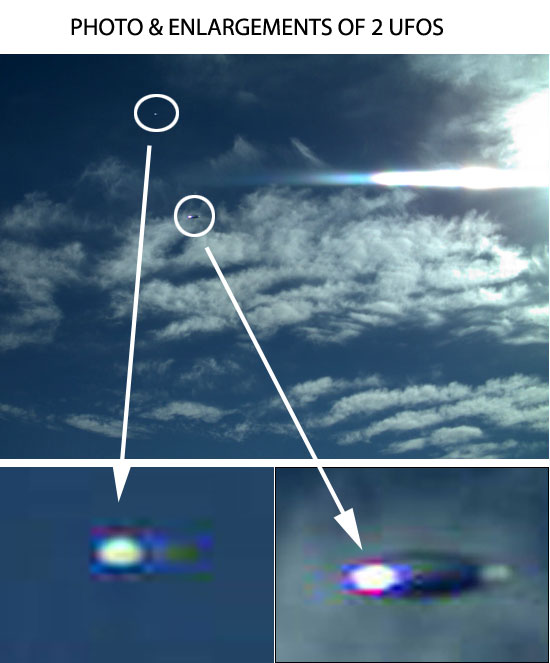 posted on Nov, 16 2015 @ 04:19 PM
link
Unfortunately no video provided seems to be the case. I saw no mention of this in the incident report unfortunately. One could hope the owner of the site might want to take it upon himself to dig a bit deeper and request of Dr. O'Connor is video was available. I know little about these cameras mentioned in the report.

posted on Nov, 16 2015 @ 04:29 PM
link
Hard to tell anything with the info given. Still, that's a pretty nice metallic-looking discoid image of something. Let's hear a few ideas of what kind of mundane phenomenon could result in an image like this. Fast-moving water droplet?

"He normally monitors the airspace with cameras".
This says it all to me. How is it that people searching for this stuff always tend to find it, when others without agendas dedicate there whole lives and find nothing. What are the odds.

I also get suspicious with observable propulsion systems. The maneuverability of the object would be incredibly limited. Could possibly be man made if I didn't believe it to be fake.
edit on 16-11-2015 by rossacus because: (no reason given)

The light has a blooming around it which would indicate that it is not a reflection, and is a light that reflects onto the body of this craft.

It has some odd protrusions that are not seen usually on just a "classic" saucer type of object, but it isn't like we have a catalog of all unknown air/space vehicles to make any conclusions.
It does not appear to be anything normal as far as military aircraft either.

To me it looks like a vehicle which does not use conventional modes of lift or propulsion.

Whatever this thing is, it is definitely a lucky catch, assuming it is legit, and there isn't any reason to doubt it yet, is there? (besides the usual skeptic dismissals of anything outside the realms of what "feels" acceptable.) otherwise known as the fear of one's peers in the academic community.

ETA: On the right side of the image, the craft shows the light from the sun reflecting on it as well. The other side is definitely a light source originating on this vehicle.
edit on 16-11-2015 by NoCorruptionAllowed because: (no reason given)

The question becoming, what is it?

I think that most trail cams only snap pictures,then they only snap every so many seconds apart once movement is detected. Some hunter help me out here as I don't hunt myself and have never used them.

posted on Nov, 16 2015 @ 05:37 PM
link
The biggest beef I have with the images is that they were supposedly taken with a motion sensored game camera. I have 3 of these at our ranch. The range of the sensor is about 30-40 ft. at most. I find it hard to believe the sensor would ever catch an object flying across the sky.

posted on Nov, 16 2015 @ 05:59 PM
link
If you look at the lines and circles the host of the image inserted, to flag the anomalies, they are deliberate in obfuscating peripheral effects of the objects in question. I can guarantee that there is a hazy, halo effect beneath the circle graphics, and a beam of origin under the straight lines. If you inspect the original image closely, you can see some diffusions and distortions that trace it out, slightly different from the rest of the digital artifacts in the image.

originally posted by: sickofthelies
The biggest beef I have with the images is that they were supposedly taken with a motion sensored game camera. I have 3 of these at our ranch. The range of the sensor is about 30-40 ft. at most. I find it hard to believe the sensor would ever catch an object flying across the sky.

That was the very first thing I thought of when I first read this. There needs to be more details given on the source link to understand all the little unknowns.
the camera used as stated in the link shows it to be very expensive for a trail cam, at 650 bucks
www.reconyx.com...

If set up and config'd for shots at the sky, this camera could easily catch stuff like aircraft, but that means options being in use on this camera, and we don't have enough info yet.

But after checking out the specs and available options and things this camera does, I don't think it is too bold to say this camera could capture these images, but having more data would sure help.

Very good points to bring up!

The biggest beef I have with the images is that they were supposedly taken with a motion sensored game camera. I have 3 of these at our ranch. The range of the sensor is about 30-40 ft. at most. I find it hard to believe the sensor would ever catch an object flying across the sky.


It appears that this camera has a "time-lapse" mode that allows it to be configured to take a picture at timed intervals. That may explain why there is only a single image rather than a video clip.
Reconyx manual

Yes your correct. In the report Dr. O'Connor says the cameras are set to record 20 photos less than a second apart when motion activated.

As a deer hunter I have many "trail cams" of different brands and variety. I can tell you some catch things more so than others.

However if this is legit, that a really nice catch.

Of course it could be birds or the batman symbol.

I think that most trail cams only snap pictures,then they only snap every so many seconds apart once movement is detected. Some hunter help me out here as I don't hunt myself and have never used them.

I've never heard of a trail can with motion sensors that work miles away. If they did they'd be going off constantly. That's just not what they're designed for.

I agree the IR range is only 60 feet motion detection range of 30 meters. It has a 3.1 megapixel ccd so not to promising on detail when zoomed in.
edit on 16-11-2015 by hillbilly4rent because: (no reason given)