posted on Nov, 13 2015 @ 01:47 AM
link
The Ninian Central concrete oil platform cracked during construction. Having lied to the people of Kishorn before building the rig, it was just another lie to conceal the cracks and sell the lemon. Eventually CNR became the proud owners of this disaster waiting to happen.

Now a big storm is hitting. Guess what.


. . . Ninian Central platform has been shut down due to unplanned maintenance.

Unplanned maintenance. I don't believe a word of it. I phoned Sandy Stewart, the HSE inspector responsible for the Ninian at the time, and told him about the cracks in the Ninian. Although he obviously took the matter seriously, from his subsequent behaviour he was presumably instructed to play it down for financial reasons. I don't believe anything they say about this platform.

I don't think it will break in half in this storm, but if it does, and the workers aren't on board at the time, ATS played a very important part in keeping them safe. www.abovetopsecret.com...

Ohhh Kester, Have you been getting Oil Platforms shut down, lol. Mr Health and Safety Inspector!

Down with the demon Oil Industry! (do you recognise that from the Existenz film?)

Rock oil has been used as medicine for countless thousands of years. Petroleum jelly was found to be a healing salve by oil workers who noticed cuts and burns healed faster when they'd been working on the parts of the pipework where petroleum jelly collected.

A wise old lady pointed out to me it's incredible what a car can do running on only a small amount of fluid.

I'm not against oil or oil industry.

I am against the greedy, lying way the oil industry is run.

When the need for a massive concrete oil platform was recognised, a building site was chosen on the west coast of Scotland. The chosen site was close to where the posh people have their yachts. Obviously they objected and a public enquiry was launched. The application was rejected and the people of Kishorn were approached with the story that 'they only wanted a little site, everything would come by sea (no impact on the fragile local road system), and the workers would live on site. There would be no negative impacts on the local community, just jobs for locals'. I don't believe they ever wanted the first site. It was just a scam to catch out the people of Kishorn.

It was all lies. The site expanded as it pleased, the roads suffered from the traffic, all the local bridges were damaged by trucks, workers needed accommodation everywhere, workers families came in and picked all the big winkles, damaging one of the only ways of earning a living.

Then the rig cracked during construction. Also the grout was found not to have penetrated the cavities holding the reinforcing cables. It was a dud and should have been scrapped. They concealed the cracks and put it into place.

I wouldn't like to be on it in high winds and big waves.

posted on Nov, 13 2015 @ 07:11 AM
link
a reply to: Kester
Nice work Kester. Big Bureaucracy will tell you its only one rig, one spill, one marine environment, one ocean, one planet.

The Ninian Central hardly gets a mention in the news for years on end. Now this.

Engineers are travelling to CNR International’s Ninian Central platform in the UK North Sea after a cockpit warning light forced a helicopter to remain on the facility’s helideck.

Everything they do seems to be tricky and duplicitous.

I think they've blocked the helideck deliberately to stop any visits. Somethings going on.

The cracks in the oil platform can only be slowly exacerbated by the steady swells of the sea, especially during storms, maybe causing a disaster. But they figure that can play it out using the rig to make money until then…

This supply vessel is on its way out there now. 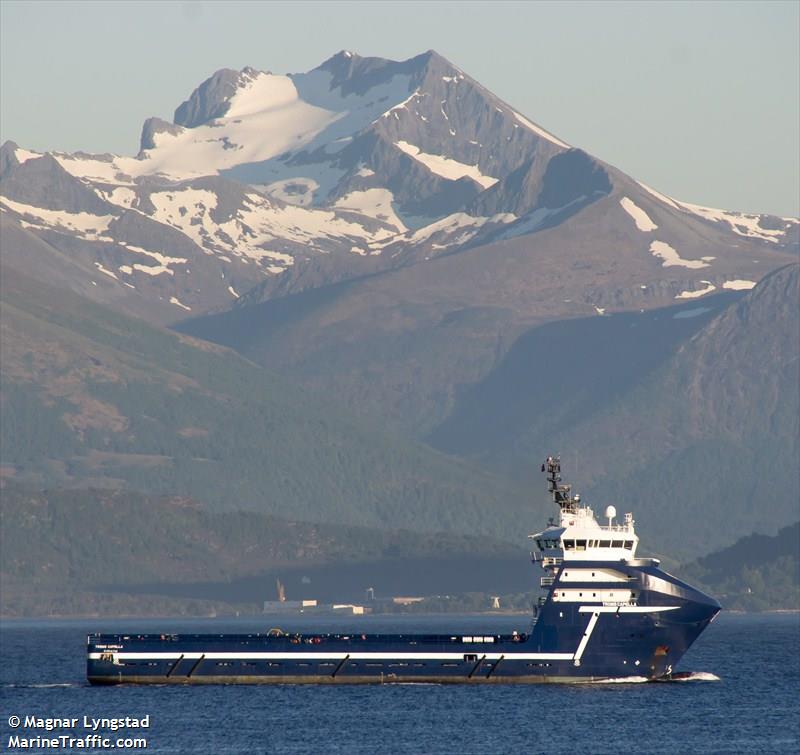 Almost there according to this site. www.marinetraffic.com...

I guess that's just business as normal for a big rig?

You got me. Supply vessels repair and maintain rigs, too? Maybe they are evacuating…

Getting the valuables off before it 'accidentally' breaks up?