Yet there is a mystery there..no? Considerable effort was made there centuries ago to hide something. I remember a tv show in the 70s called "In Search Of" hosted by Mr Spock..lol They did an episode and I have been fascinated since.

Didn't a drillbit pick up some links from a gold chain?..or maybe just a tall tale.

originally posted by: korath
I wonder why someone with a backhoe doesn't just dig a wide sloping trench to the bottom, even if the water comes up a guy in scuba gear wouldn't have much further to go. If you owned the backhoe your biggest expense would be gas and your time. For an actual treasure, I think I'd give it a shot. Of course if the treasure has already been retrieved, best to just keep it a mystery to the tax man.

originally posted by: o0oTOPCATo0o
a reply to: AugustusMasonicus
a reply to: CIAGypsy
Any suggestions as to who else, at that time could build something so complex, on such a grand scale?
Better yet, why?
The fact that even with modern technology, we can't seem to figure it out is mind boggling to me.

Well that's the million dollar question.... And yes, I do have my own theories but they are irrelevant to what the Laginas & Blankenship are doing. Once they get to the bottom, all will be revealed...right?

The fact that modern technology can't solve the riddle means nothing to me. This was clearly designed to be booby-trapped so unless you know where all the traps are hiding, modern technology will do you limited good.

I personally do not believe anything of any complexity was built there and what you are seeing is a natural phenomenon.


Hmmm...coconut fibers naturally concurring in Nova Scotia....who would have thought.

posted on Nov, 13 2015 @ 02:26 PM
link
a reply to: CIAGypsy
Coconut fiber, was used as packing material in ships apparently.
Maybe some more evidence of transporting goods (or gold) from the Caribbean to Nova Scotia. 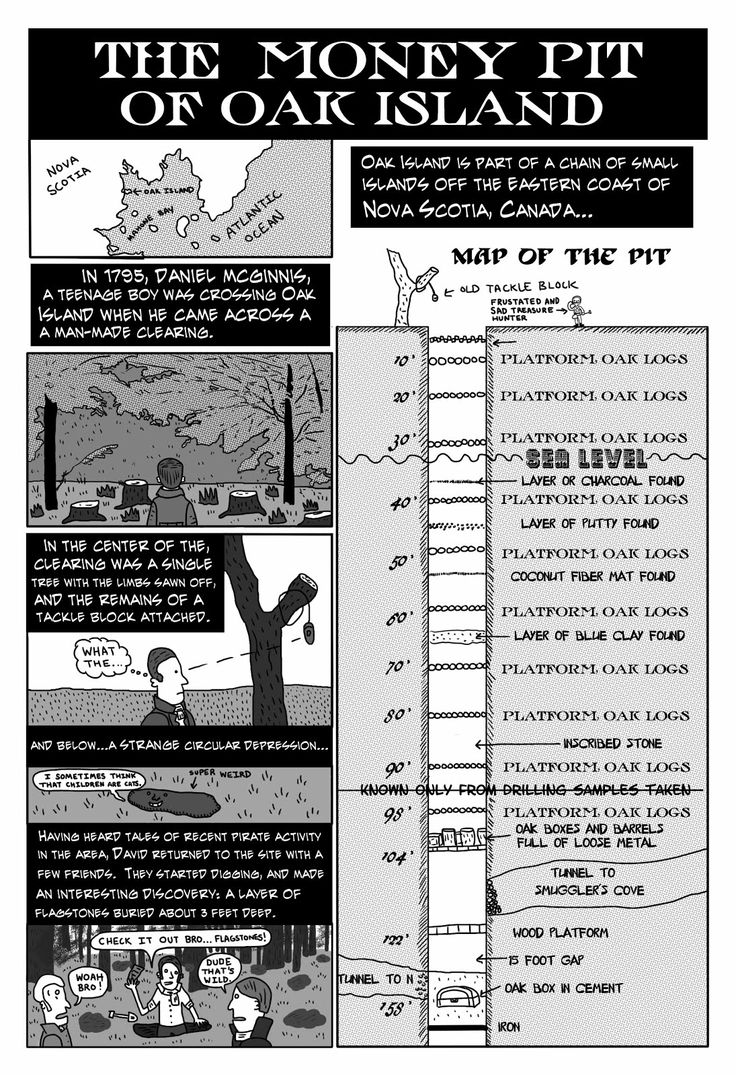 The theory I ascribe to is that the material was drawn into a sink hole. I find that so much more plausible than the Templars (or whoever) dug a hole and threw their treasure in there.

I happen to think someone did something to conceal something there, hence why I started the thread. Who, what, how and why are all up for conjecture. But hey, who knows?

I made the mistake of thinking everyone knew about this tv show. Sorry to have thrown some of you off there. I've been around ATS too long.

This is one of those mysteries that has caught my imagination since I first heard of it. Even if this island and the tunells that flood it are some type of natural thing at least that would be some kind of answer. Maybe not what most people want to hear but I'm open to most anything. Bring on the alien theories!!!!

posted on Nov, 13 2015 @ 03:35 PM
link
I have just watched a documentary where it is conjectured that The Knights Templar may have hidden something of significance at Oak Island.
Using the old Viking routes to Nova Scotia (New Scotland) ...

This after many of their leaders were arrested and put to the Inquisition by the Church ... Some fled to Scotland, a safe place as Scotland was ex communicated.

One thing for sure if whatever is down there is something historical regarding this secret society ... it will be long gone
The world loves a mystery

posted on Nov, 13 2015 @ 04:20 PM
link
One of the biggest problems with the whole operation is that the island has been torn up so much that all the "stories" of the previous diggers are pretty much impossible to verify. How does anybody know for sure what anybody found or didn't find? It's not like these guys were the most trustworthy folks to begin with.

Digging for buried treasure is not something you would necessarily be truthful about. So maybe all those layers of logs were there. Maybe not. You can't take the mythology at face value.

Oak Island. You tell me where the Money Pit is: 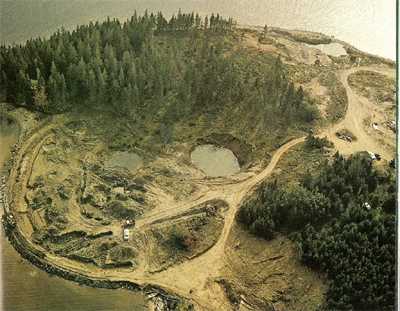 originally posted by: Blue Shift
It's not like these guys were the most trustworthy folks to begin with.

I find it interesting that Franklin D. Roosevelt and John Wayne took an interest in and participated in/funded some of the digging. Both of which were freemasons, as I recall.

The moment I write this reply I am watching S03E06... I've seen some episodes before and I think these guys are hypnotized in cpombination with gold fever.

Man... I am telling you.. what a waste of money for these guys. I admit there is something going on on that Island but if there was any treasure it would have been found and taken away a long time ago. All these guys are digging up are the remains of the complex construction which once held that treasure... if there even ever was any.

I must say it is entertaining to watch these guys full with hope....and a big wallet with money being emptied.

posted on Dec, 16 2015 @ 08:14 AM
link
While I enjoy watching the series (with FF abilities, as they like to repeat things) I think its just a drawn out version of the Geraldo Rivera Al Capone vault finding.

Why didn't they send an ROV early on instead of 3 seasons deep? Then when they do ,they don't attempt to focus on the floor and look for the so called body?

But even if the Aztecs were great engineers, it would still take at least a couple hundred laborers working a long time to create the pits and tunnels and booby traps. Is there any other evidence at all of them ever being there? Or don't you think they might have found a place to hide their riches maybe a little closer to home? Didn't the Aztecs originally come from Utah or around there? That's what Scott Wolter seemed to indicate in America Unearthed.

And I predicted that they would have to get Fred Nolan on board again somehow.

It was a thread on Oak Island a while back, I have been watching the Oak Island mystery research since season 1, I truly feel that the two brothers trying to solve the mystery are going to find something, I believe the have invested already 5 million dollars in the research and you don't spend so much if you are not sure that you will find something.

I truly feel that the two brothers trying to solve the mystery are going to find something,


Has any 'in search of' tv shows ever found what they were looking for?
It would kind of put an end to the series.
Have you ever considered that the producers are paying for and directing the search?
Why else would they give up when they find support beams?
How hard would it be to reinforce the beams and continue ?
IMO the producers do not want them to find the room. Just tease you.

For what I have learned in the series, is that the two brothers are getting private funding for the search beside their own money, they are after all in the oil drilling business, I am sure that they are getting also money for having their research aired.

originally posted by: Blue Shift
So they've given up on 10X and are now chasing Aztecs? Okay, whatever.


What Aztecs? Aztec gold, courtesy of the Spanish, maybe...