Raiders player under investigation for taunting police dog before game

posted on Nov, 11 2015 @ 01:52 PM
link
I initially thought the headline would lead me to an article posted on The Onion, the satirical news site. And after I discovered that it was actually true I could only shake my head and simply walk away from my computer.


Sources told KDKA's Richie Walsh that Raiders linebacker Ray-Ray Armstrong had been identified as the player who "lifted up his shirt, beat his chest, and started barking and yelling at the K-9 before the start of the game."


What a monster. Perhaps if he had simply shot it for looking scary there wouldn't be a problem.


No charges have been filed, but taunting a police K-9 carries a third-degree felony charge in Pennsylvania


A 3rd degree felony which carries a sentence of up to 7 years in prison in Pennsylvania for "taunting" a police k-9.

I know I know. The k-9 is trained to be an easily set off weapon and taunting it could provoke it and it could end up hurting someone. Then maybe having it where a bunch of rowdy, adrenaline pumped men prepared to play a physical contact sport are coming out from their locker room is not the best place to have such a volatile creature.

But seriously, why is this even considered a felony? We can't even get police who needlessly shoot and kill civilian pets charged with anything, but taunting a police k-9 is a felony.

posted on Nov, 11 2015 @ 02:31 PM
link
a reply to: FraggleRock
At first I thought, what a stupid thread. But having read it I have to agree with you. Now this player will not get more than a warning most likely. But Joe Schmo down the street could. One more law that can heavily punish someone who does not even know the law exists. Soon we will have to watch out for the laws that forbid walking on the cracks in the sidewalks .

originally posted by: Shamrock6
Because being "amped up" for a football game means you go yell at animals?

originally posted by: UnBreakable
a reply to: FraggleRock

Some of them steroid pumped NFL players are pretty damned huge. If they had we'd might be reading a story of how the Raider ate a K9 unit and he was charged with killing and consuming a LEO

I don't recall ever seeing a football player screaming and beating their chest at cops. Walking down the tunnel, sure. Directed at cops?

Well I have, so there we are. Two different perspectives based on two different sets of experiences. Imagine that.

reading a description of Ray-rays behavior, I think of something like this 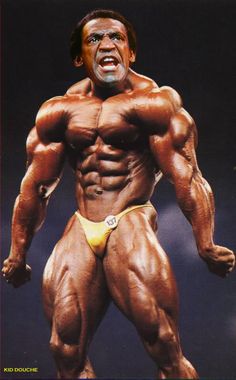 posted on Nov, 11 2015 @ 03:19 PM
link
I suppose the good side of this is that he isn't beating his girl friend. Upsetting the police seems like an ignorant past time.

Sounds good. Though we do disagree on the premise of the OP. You fault the cop for daring to have a dog in the tunnel.

I fault the player for being a jackass.

The University of Cincinnati Bearcats had a basketball player charged with 'assaulting a police horse' one year. Funny headline, but serious potential consequences.

posted on Nov, 11 2015 @ 04:04 PM
link
Sure I will agree with the player being an idiot perhaps but to call him a thug and on steroids because of this incident is pure ignorance. If you've never played the sport then you wouldn't understand but players will do a lot of things to get amped up for the game. Some of those things I would classify as stupid.

The stupidity is spending ANY time or money on this nonissue. So this dude "did the ape" to a dog. Why are we even talking about this?

slow day..... I guess.... but hey, I've seen football athletes go ape on women and children before a game.... it would be a non-issue if cops weren't so stupid.


originally posted by: Shamrock6
Because being "amped up" for a football game means you go yell at animals?

I'm going to go see Fast and Furious 7 so I'm gonna take my little Ford Taurus and max it out on the way to the theater because I'm "amped" up.


Although it is a 3rd Degree felony, I doubt he is going to go to jail for it, he will probably just get a warning. It's retarded because it's not just a dog, it's a working animal trained for a specific purpose. While most other dogs might cower or 'join' with him, this dog saw what he did as aggressive, it knew it was 'on duty', and could have went after the retard. THATS why this is an issue.