What is this chinnook spraying over my backyard?

posted on Oct, 9 2015 @ 08:28 AM
link
Caught these pictures with my iPhone6, in the middle of daylight, and I had about 60 seconds to capture them. Yes, they are still blurry, I apologize.

I am looking for opinions on what the chinnook in the pictures is spraying. I'm not looking for chemtrail vrs contrail debate as I don't follow the chemtrail forum close enough to be able to respond with an educated answer.

I have been living north of Redstone Arsenal (Huntsville, AL), for about a year now. I have grown accustomed to seeing the Chinnooks flying around in my area almost daily. I have seen them with the "probes", flying patterns in groups, playing with a privately owned plane, and just flying around back and forth. I love these big birds!

This was a new one for me the other day though. A single chinnook flying with a big orange square under its belly. As it came closer, the square started to let out a trail. What is the trail? 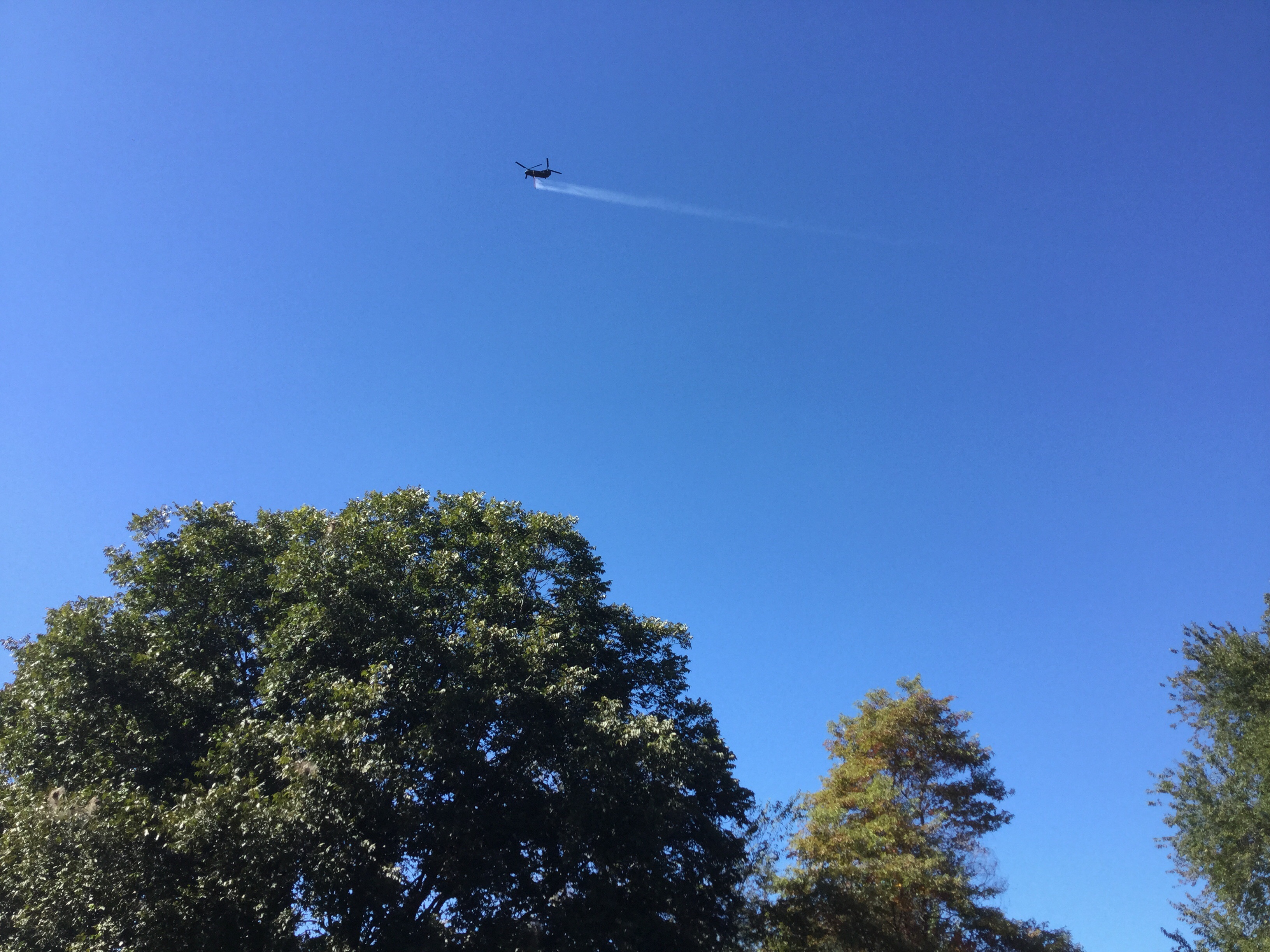 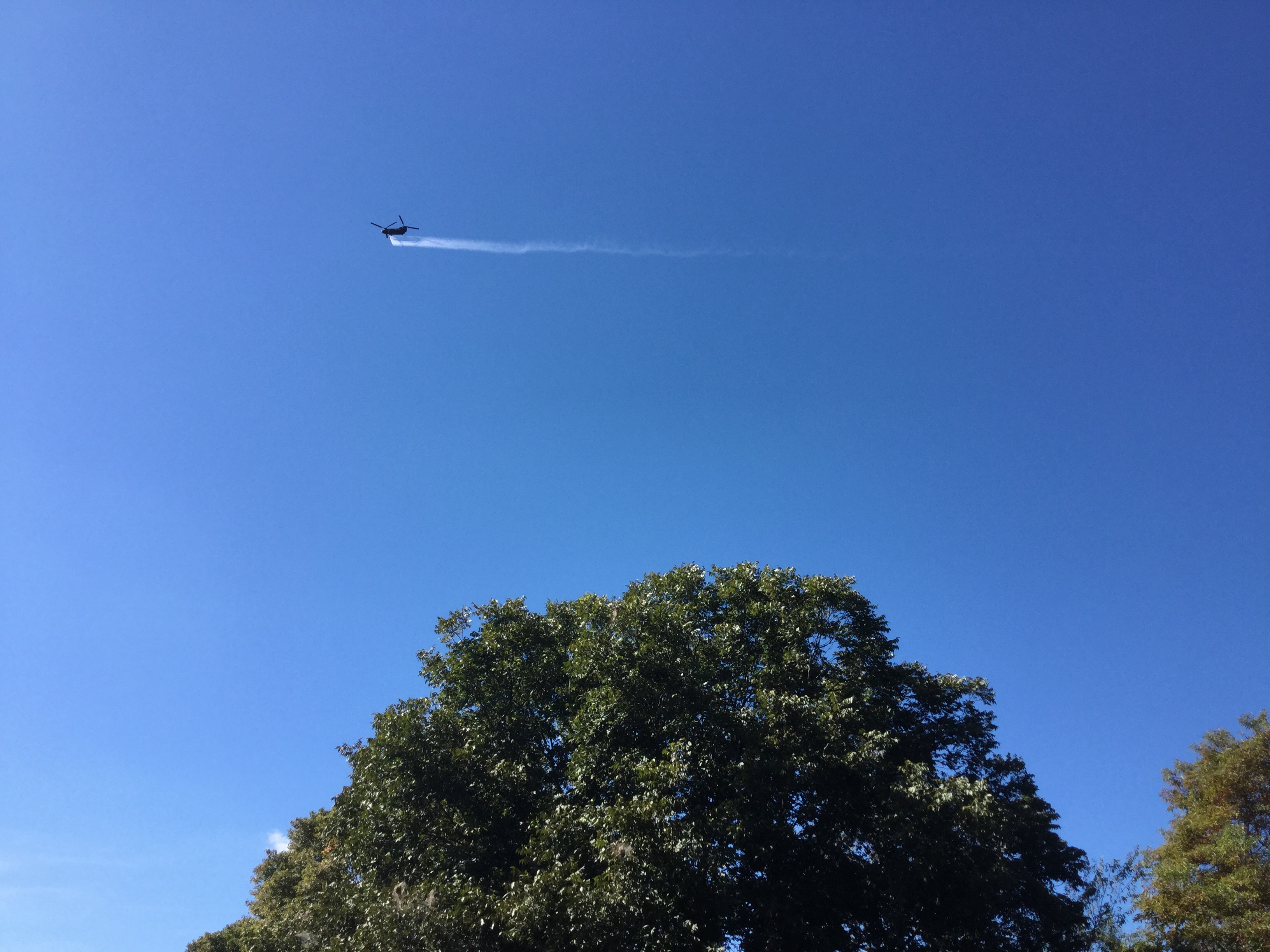 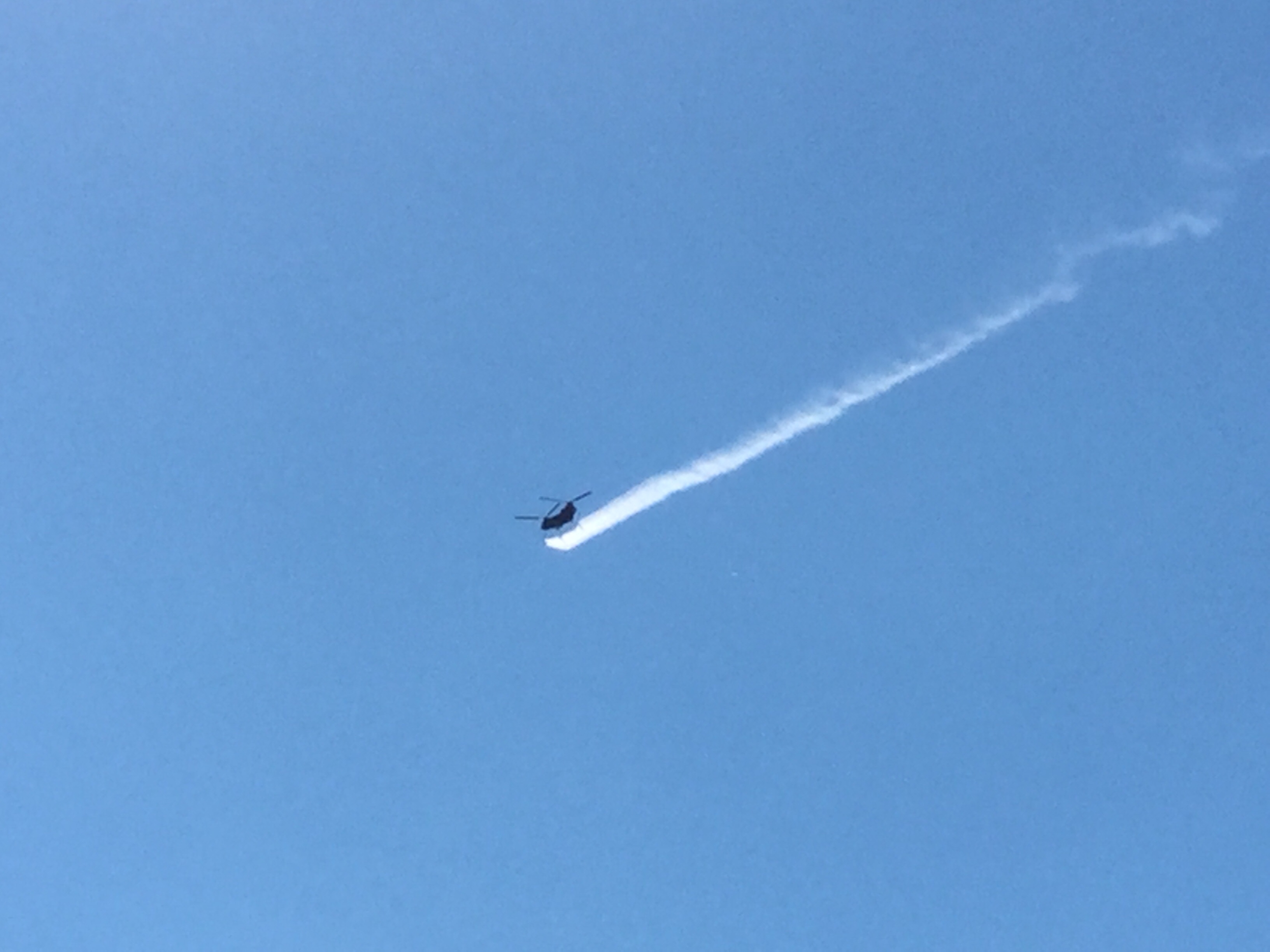 The trail didn't stay long, but it did leave a haze behind as it evaporated. I don't really think there's much of a conspiracy here which is why I chose the chit chat forum over chemtrails. I'm just looking for info into what has become a really neat daily air show around my home.

A single chinnook flying with a big orange square under its belly. As it came closer, the square started to let out a trail. What is the trail?


"Big, orange square"? If thats fire fighting apparatus, then it could be water.

Lol, sorry I didn't get a better pic of the big orange square. It was like four tubes in the shape of a square. Let me see if I can find an online pic.

It didn't come down like water, it just kind of hung in the air until the wind blew it away. There weren't gallons of it falling anyhow. More like a steamy puff.

There are no fires in the area however.


Could be but how knows, dumping fuel could be possible too?

I can't see the orange thing, I was just going on what you described.

The may have been practicing. Fire fighting involves picking up the water, too. Going around and around, dumping it in the air…

Pretty awesome to watch that video!

But, this square hung really close to the belly. It didn't dump, it sprayed. In my pics, you can see the spray coming out from right under the belly of the chinnook.

posted on Oct, 9 2015 @ 08:45 AM
link
Here in California, we have Vector spraying for mosquitos. They first drive around and place traps in trees, in areas where they find mosquito problems they come back and spray. But, they usually spray with trucks driving up and down the streets and spray a fog through the neighborhood. So, maybe this is Vector trying to target certain pests. 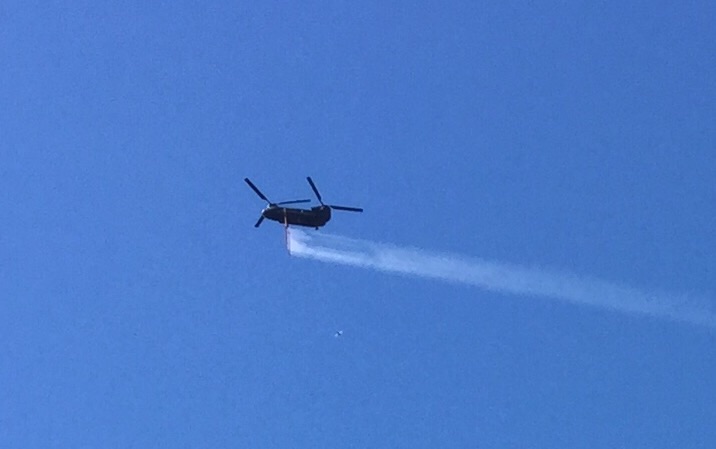 It's fire fighting equipment being used.

It's similar to the UH60 Bambi buckets we use to fight fires.

Thank you! Hopefully they are just practicing then. As far as I know, we don't have any fires in the area, and our ground it wet.

Nah, that is what I have my family at ATS for. I much rather ask the question here.

They were most likely doing qualification runs over the area. Check with Redstone and ask them if your property is in the training area.

I'm pretty sure I am, and I love it! The first day I moved in, two came over my house close enough to rattle windows. I was panicked and ran outside to see what was happening. Now, I just sit back and admire them. It must be an awesome feeling to be around and in these things.

They can train over my neck of the woods any day. I'll be the crazy lady sitting outside waving.

I spent that last 4 years as a crew chief on Blackhawks. It's awesome.

posted on Oct, 9 2015 @ 09:52 AM
link
I found something in your photos!
The first photo posted, upper left side of the picture there is a small black dot. Then in the cropped photo with the close up of the sprayer, there is a small object directly below the orange box.
Seems like the same object. Im on a tablet or i would crop and zoom in to show you what i mean


Edit: got it cropped but ATS will not let me upload it, says can only post image files?
If you zoom into the top OP photo, top left 1 inch down and 1 inch to the right you will see a small black object,mthen what appears to be the same object in the other photo i mentioned.
edit on 9-10-2015 by Macenroe82 because: (no reason given)

Second edit, found the same object in the 3rd pic! You snapped a pic of a ufo!
UFO because i dont know what it is. Did you see something else flying around with that chinook?
edit on 9-10-2015 by Macenroe82 because: (no reason given)

That one is from the first pic. Upper left.

from the 3rd pic:


then it could be water

Dumped from that high? It can't be that, the water would have evaporated /dispersed before it got to the ground.