It's Time For The ATS Straw Poll

posted on Sep, 17 2015 @ 09:15 AM
link
So in August 2011 ATS held a straw poll for the GOP, and here were the results, I am interested to see what it be will this time around.
Rand seems to have way less support than his father had at this time. It seems some here will never forgive him for supporting Romney, but he was playing the long game looking at 2016, knowing Romney would lose anyway. And I am very interested to see how Trump fairs on ATS when he dominates every other poll by a large margin. 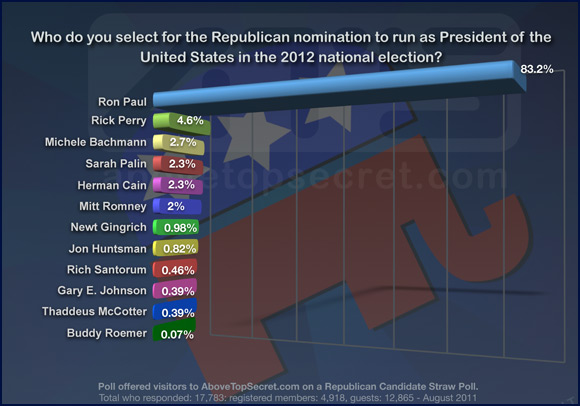 So ATS make it happen

EDIT NOTE:
Also guests were allowed to vote last time, I am not sure if we should allow that this time, an ATS straw poll should not be diluted with non-member votes gaming the results, if they are so motivated to register to vote, great, more members for ATS and that is a good thing for the ATS statistics anyway. I leave it with the MODS to decide. Look at the small print at the very bottom to see the guest/member ratio last time. One tweet by Donald and the poll will be gamed by non-members.
edit on 17-9-2015 by Blue_Jay33 because: (no reason given)

My vote...The Donald. Simply because I'm tired of politicians. Oh yeah, and I've always been a fan of his shows and one of the first business books I ever read was Art of the Deal back when I was 18. I like his leadership style.

posted on Sep, 17 2015 @ 09:28 AM
link
Seen a couple Rand Paul threads this morning. Out of the Republicans, yes I would choose Rand Paul. Out of both parties, I'd choose Bernie Sanders. This is all assuming that I actually vote though. Still a little ways away at this point.

posted on Sep, 17 2015 @ 09:35 AM
link
I did read somewhere that Gary Johnson was going to run again...not sure how accurate that is. I voted for him last time because the other two candidates were absolute no-gos IMO.

The American political system has turned into a surrealistic media circus completely divorced from it's intended purpose.
That being the case....

Bring in the clowns! The dancing girls, the silly hats, the banal patriotic music, the red white and blue everything and last but not least...the empty rethoric with no meaning, just platitudes to emptyness.

posted on Sep, 17 2015 @ 09:38 AM
link
I want to post the results from Romney because he actually won the GOP nomination, making it relevant for those that went on to obviously vote for him over Obama in 2012. It would be very interesting to see this graph for Trump. 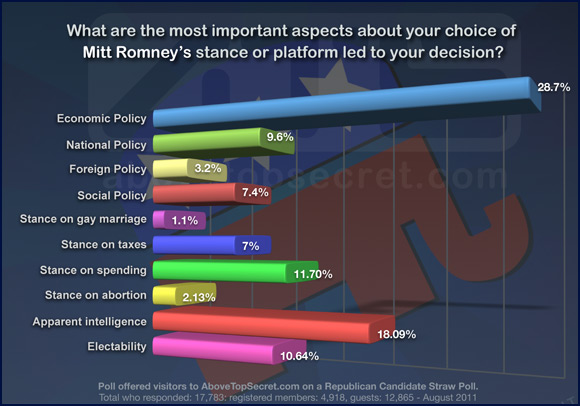 
I agree completely, if there is another straw vote or whatever it's called I hope they don't make it so guests can vote again

None of em they'll likely all turn the county into the empire, and follow pre existing agendas that are not in favor of the constituents. Though it might be cool to be able use the force and everything.

In spirit of the thread rand Paul is my answer.

1)Trump
2)Paul
3)Everybody else, order unknown.

If ATS puts it up we will see.
Oh we can also do a Democrat one this year too, last time there was no point.
This is the group DEMOCRATS
I think Sanders would win, not Hillary
edit on 17-9-2015 by Blue_Jay33 because: (no reason given)

posted on Sep, 17 2015 @ 10:26 AM
link
The Donald will win the nomination as long as he wants to stay in the race. I can see him getting bored and dropping out.

Donald for sure! He doesn't answer to anyone lining his pockets, not to mention he's a very savvy business man.

Definitely something to consider...good point!


Donald for sure! He doesn't answer to anyone lining his pockets, not to mention he's a very savvy business man.

The problem with Donald is that he doesn't let things like facts get in his way.

When you say savvy business man are you referring to taking other peoples money on promises you cant deliver and filing bankrupcy after cashing out? Or are you referring to using Mob ties to hire foreign workers to build your development project than not paying them when completed. Than yes the Donald is very savvy.

The other problem with the Donald is his ego and he will use the American gov't as his personal bodyguard to get revenge on all those that DARE question him. He will also use it for HIS personal gains so he can say he is the worlds first Trillioniare. Unlike the other politicians he has no limitations with his ego not that the others have a low ego but they at least have some limits.


Also I don't understand what the buzz is about being a business man in DC. Politicians ARE business man and like any business man they are in it for the MONEY.

The Donald is a VERY good conman with decades of experience as a used carsalesman in telling people what they want to hear. In the end he will make you feel happy despite having stolen your money and selling you a worthless car.

All he does is talk in general terms and insult people...

I can do that too.

If I had to go GOP, Paul or Carson.

posted on Sep, 17 2015 @ 01:29 PM
link
Trump is immature, petty, and egotistical. His poking fun at other people's looks is so grade school. It also shows he doesn't have anything better to say. His past bankruptcies, failed relationships etc.

But here are a few items from this site www.instantcheckmate.com... : 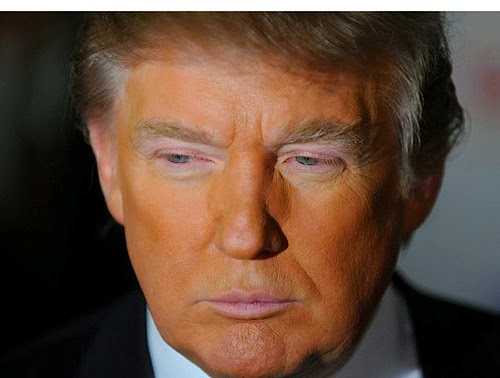 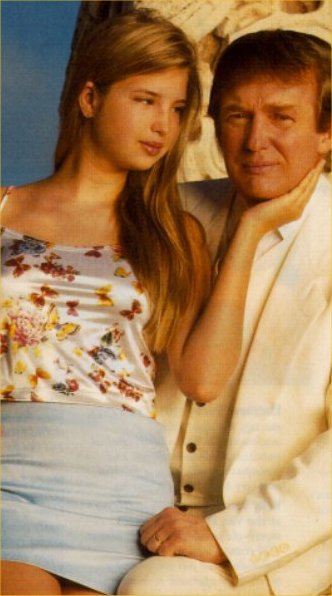 “I don’t think Ivanka would do that [pose for Playboy], although she does have a very nice figure. I’ve said if Ivanka weren’t my daughter, perhaps I’d be dating her.” -Donald Trump 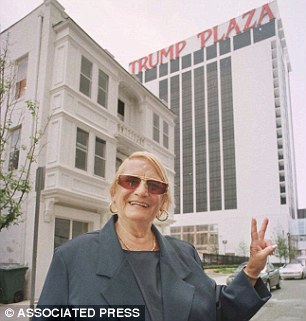 Vera Coking lived at her Atlantic City residence for 35 years before Trump arrived. He demanded that she sell her property, so he could expand his real estate holdings. When Coking refused, Atlantic City condemned her house and literally took it away from her using the power of eminent domain. Vera was given a paltry $251,000 for the property— only a quarter of what it had been valued at 10 years prior. The unshakable Coking decided to battle Trump in court, and she eventually prevailed. Trump called her an “impossible person.” Never to be outdone, Vera shot back and called Trump a ‘maggot, a cockroach and a crumb.‘ Maybe Vera should run for President?

Trump recently told a breastfeeding mother that she was “disgusting.”

Trump ’90 “You have to legalize drugs to win [the war on drugs]”
Trump ’15 “I think [marijuana legalization is]bad, and I feel strongly about that,”

It’s always nice to know that the man gunning for position of most powerful person in the universe has unshakable conviction on the issues that matter. 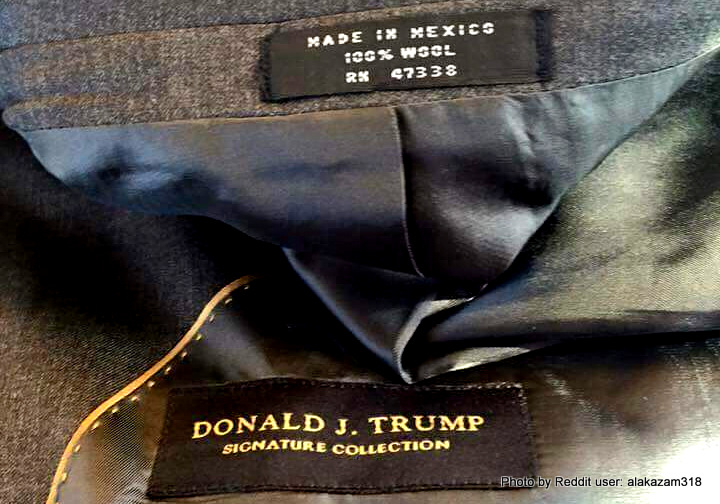 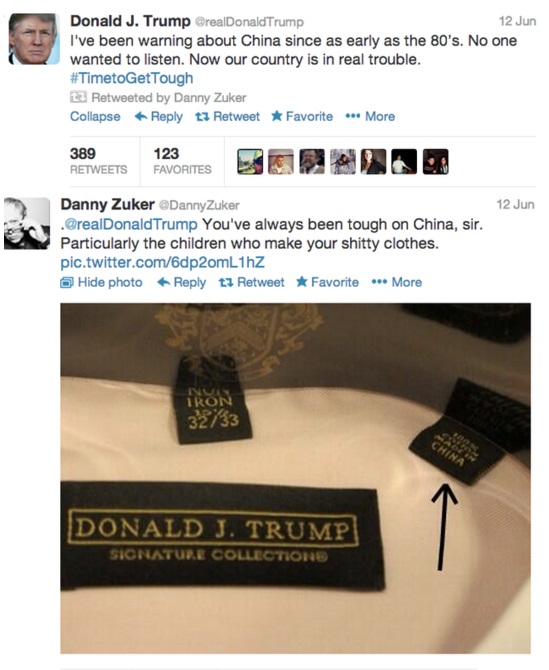 I would not trust this man nor would I be proud of him as a leader. I put pic number one in because although petty on my part, it also shows the pot calling the kettle black.....kind of. He did this to himself.

BTW.. I'm voting for the candidate who can best punch and counter-punch Hillary in the GOP vs DEM debates. That person will also be best at working with, or fighting with Congress to get things done. Most GOP contenders seem to have the same values and goals, so picking someone who can beat Hillary should be priority #1, IMO.
-cwm