A reintroduction, evolution of a member.

posted on Sep, 7 2015 @ 04:29 PM
link
As it has been sometime since I have participated and even longer since I have joined. I thought I would make a re-introduction thread and shed some light on how ATS and life in general has changed me, for the better and for the worse.

If you would bare with me as this post may go on but I feel it may be an insight into growth and maturity that if even one person benefits from this then it would be worth it. It is also to thank ATS members for all they have done.

I found ATS in early 2008 when I was living in Geneva, Switzerland. I was very curious regarding U.F.O. phenomenon and delved straight in and lapped it all up, absorbing as much info, and dis-info, as I could. During this time I learned that I was living 2 doors away from where the Rothschild's went into business and started their empire so to speak. From here, as you can imagine, there were many things to see in this part of Europe and this intrigued me and my girlfriend at the time.

Through ignorance, naivety and youthful wonder I thought I could save a part of the world by joining the U.N. however, during trying to get in I worked in the local bar serving people who work there. Seeing what kind of people they were the illusion started to dissolve.

From there we decided to go to the UK, where I was raised, and start a life there. We lasted six months for various reasons and upped sticks to where my girlfriend was raised, Helsinki, Finland. By this time I well versed in the information found in the vaults of ATS and a different kind of mindset was evolving in our minds as we started to move away from the corporate roles and believing what we are being told from multiple sources and more into researching and getting back in touch with nature and seeking out new experiences. This is where I I had my first sighting, a metallic orb the size of a football that came right to the window on the 5th floor. Thats for another (actually a previous) thread.

Now I should add that before ATS I had what people in authority call a problem with authority. In reality it was with people who abuse authority. This gave my parents, teachers, employers, doctors and what have you numerous issues. However, I was always (mostly) respectful and polite but would not be swayed.

I was raised a Catholic and was deeply wounded when I found out that it was mostly falsehoods and manipulation. I would say though that it gave me steady foundations and I tried to empathise with all I could and believed in higher forces from wherever.

For various reasons, we decided to move on from Finland (nothing to do with the weather, I promise)! to experience more and try in another place and maybe put roots down. We went to Malta, where we currently live and my girlfriend allowed me to become her husband.

From the moment I joined ATS to the moment we are in now you would not recognise me. Each culture and country has humbled me and evolved me in some way and each step of the way ATS has been there and I have been through the ATS wheel of personality traits that come through in our everyday lives. The first year I felt the most enlightened person on the planet, illumination and wonder filled my world. I rejected the news and questioned historical data I took as facts. I started to see world events and people in different shades. However, it was generally a positive experience. I was slowly leaving the corporate rate race behind and peeking behind the curtain of a new world.

Next came the paranoia, I did not trust anyone or anything, I had to question everything to the point I where I was going backwards and trying to regurgitate that little blue pill. Ignorance was surely bliss as how could all of these problems and conspiracies, injustices and wrongs be solved and righted. I could feel the pain in the issues of the world but felt like a peashooter trying to take out a planet. The frustration was very overwhelming at times.

My eyes were opened but my body became paralysed, my motivation dwindled and I felt defeated in many ways. I was not used to this as when I was a young man, I had excelled in many situations and was very open minded and tried many things. I had gained college qualifications in English Literature, psychology and communications but ditched them for pharmaceutical sciences and microbiology instead as I was interested in medicine. I went as far as I could go without dedicating 5 years to med school so I started the European adventure which led me to Switzerland where I started this rambling post.

I was failing in the corporate world as I couldn't stand what it stood for but it paid the bills. I had started to rebel against the pharmaceutical industry and started to study herbology and homeopathy and started to experiment a little. I learned agriculture of herbs and then moved into hydroponics all the while trying to volunteer for human rights and mental health organisations in Malta. I had finally shifted from hair gel and suits to coconut oil and combat trousers. Slowly I had broken free of the weight of the world's problems and tried to address my own failings and problems that I could actually help with, mainly locally and with friends, family and animals. Be the change you want to be and all that.

Then my wife fell pregnant, by now we felt we had a balanced understanding of at least the world that surrounded us. We wanted to give him a chemical free and organic upbringing and teach him quality values from the get go and hold him back from religion and government schools. Not to fill his head with bull# and filter information to him as we saw fit. ATS has helped change us as people, opened our eyes and has a wealth of information contained inside. We thought that we could protect him from the propaganda and the way the established authorities wish us to play out our lives to their tune.

This was and is going well to a certain point. Our son was given the MMR vaccine which was bad enough but without full consent he was given another live vaccine straight away and now he is on the autism spectrum. Again this is for another thread as I know the arguments and so called proofs for both sides. Once again at a major point in my life ATS lent a hand and shone a light where there is so much darkness.

To bring this all to a point,

I have grown, twisted, pulled, kicked and screamed into a man and the only thing that has been constant in that is you ATS. Your wisdom, research, thoughts, philosophy, hard work, humor, investigation and love has changed me from a twenty something ignorant boy to a thirty something ignorant man - I jest, I hate to think where I would be without the truth or at least a poke in the right direction so I may stumble and find for myself. I was afraid to post on the internet for fear of being labeled or put on no flight lists etc. But I have a child now, I need to lead by example and remember that if we are all individually strong we are collectively strong. My travels and many roles have taken me on many experiences from smoking joints with murderers to afternoon tea with ambassadors and I want to put back what I have gained from life so I will start by contributing more here to ATS. However, the only thing I know is that I know nothing at all.

Thank you ATS, I am Daniel and pleased to know you. 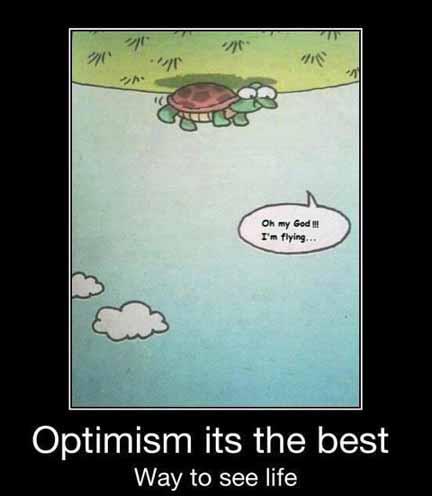 Re-welcome! I have faith that we will learn a lot of nothing together

Kinda like climbing a ladder, no matter how high you go, you want to trust the rung your on before you take the next step.

So many of us can relate .

I to have been shaped into the critical thinker I am today , thanks to ATS .

Glad to have you back old boy.