The value of employing critical thinking.

posted on Jul, 2 2015 @ 12:58 AM
link
a reply to: seeker1963
It seems you refuse to answer the question. The op didnt call all whites Racist he asked YOU to give an opinion on a paragraph regarding critical thinking, could you respond, please. But not with another question like you just did.

Wow sir what you are saying scares me, and im one not to be scared easily but it fits right in to this thread about Critical Thinking. You either refuse to read the op explanation of what he means by Concensus when he is talking about very basic scientific certainties like EVOLUTION , VACCINES, THE MOON, ETC. Or you dont understand the point he is making.Im sorry to tell you those are not up for debate, you are correct though that nothing is 100 % certain; if new information comes up that redefines the scientific understanding of any of this certainties then the scientific community regroups, debates and reaches a new concencus. Thats the beauty of the scientific method it allows for a concencus to be formed but is not as rigid as previous methods of understanding reality. Like the OP said the burden of proof is on you if you dissagree with any of those very very complicated certainties to which the scientific community has spend generations answering for us then by all means share it with your nearest college professor expert on the subject he or she will be eager to look in to it. Otherwise there is always room for fiction, which is as valuable as IMO as the rigurous scientific method since it allows for the development of the imagination without which complicated problems cannot be solved.

You have to be joking right. You dont like the fact that the OP is for critical thinking or that he is saying that Evolution is a scientific fact. Scientific Concencus is not the same as a concencus of opinions. Scientific Concencus is reached by what did you call them " so called scientist", for get it you are problably right. Why bother studying science when fake science is way more fun and is less work. Forget concencus lets just agree that the universe is full of possibilities.

I think that your OP gets at the very nature of what we need to be doing on a daily basis. Even in our daily lives, we should be thinking critically about what we see, hear, feel, etc. It really isn't that hard. It's more of a mindset, because it must be deliberate. Your conclusions should always be changing based on the constant inputs of information.

originally posted by: rationalconsumer
spygeek, this is the first thread I have read as a new member, and I love you for it.

I think that your OP gets at the very nature of what we need to be doing on a daily basis. Even in our daily lives, we should be thinking critically about what we see, hear, feel, etc. It really isn't that hard. It's more of a mindset, because it must be deliberate. Your conclusions should always be changing based on the constant inputs of information.

Thank you. I rather like the quote, I forget who said it :

here interested people can learn about critical thinking skills.
edit on 2-7-2015 by spygeek because: (no reason given)

posted on Jul, 2 2015 @ 07:09 AM
link
Spygeek and Rationalconsumer, this site wouldn't exist if there wouldn't be people like you just had to deal with.
Your original post was a fine piece of completely coherent text, yet they failed to grasp it for an unknown reason.
It is therefore highly improbable that they fully understand the scientific method and that the state of our scientific knowledge today is not a subjective "opinion" of a select group.

The subjectivity of individuals is what drives our curiousity and progress forward. The scientific method lets us label these attempts as scientific data, evidence or proof. Part of that proof includes "well, unless you can prove this wrong, of course".

it's unfortunate but probably true.. the majority of conspiracy theories are almost entirely devoid of critical thinking, being based mostly upon assumption, coincidence and confirmation bias.. a conspiracy site is not going to be an environment that fosters critical thinking.. still, i do labour under how much more educational and productive this site would become if there were less of the kind of people illustrated on the first page..

people like seeker, who take offence to a single statement and undertake to undermine the legitimacy of the entire thread and resort to personal attack rather than discussion of principle, or people like gothmog who find a point to contest, and then bail on the thread with dismissive logic when that point is roundly affirmed through logical reasoning.. these people are more interested in argument for argument's sake than actually contributing to a topic..

unfortunately, insistence on being critical and logical is often perceived as being stubborn and non-responsive and can trigger an argument where there is no need for one. if people would take a few moments before hitting that reply button to read over their response and ask themselves how it actually relates to the topic at hand, whether it is fact they are describing or opinion, and whether there is actually grounds for the point to be raised, there would be a lot less of this kind of unproductive "discussion".

freedom of speech is also freedom to express ignorance. ignorance of scientific method and terminology being one of the biggest crimes of these forums, i joined with a view of denying such ignorance and informing those who express it..

perhaps i am wasting my time.. 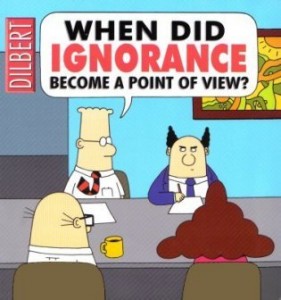 the first and third threads even reference the same video..