Why Does The Rant Forum Have A Picture Of A Man?

Everyone take a big fat chill pill it was just me poking fun at people that get just a little to full of themselves!

Seriously? Okay maybe the picture should not be gender specified, but I think you are joking, right?

Seriously? Okay maybe the picture should not be gender specified, but I think you are joking, right?


Why not? I mean, how could it possibly impact someone's life enough to warrant being changed? If someone's delicate sensibilities are offended that much by a stupid icon, they probably shouldn't be on the internet in the first place. There's far greater offenses to be had than a screaming forum icon.

originally posted by: soulpowertothendegree
a reply to: eisegesis

No sense of humor? This was a silly me poking fun of silly people!


Your complaint is in the rant forum, not the joke forum, so I was inclined to take it seriously. Nothing in your OP led me to believe you were joking. Sorry...

Would Caitlyn Jenner's fugly mug work for you?

originally posted by: soulpowertothendegree
a reply to: Kukri

They want equal pay why not?

Got me there. Maybe a pic of that androgynous person from Kids in the Hall could work.

Mom told me to never argue with a woman because even when you are right you're wrong.

Better go with a geometric pattern, humans like Idolatry.

What makes you think it's a man? Can't women shave their heads?

Now that I think about it, it might be a shaved chimp with its teeth filed down!

Geometry is safe but how about the comedy/drama masks as that could represent the humour or sadness of a persons rant. Or maybe a soccer ball because they are a bunch of whiners, well at least the pro level players seem to be.

Despite shirtless men being an international norm (from Mecca to the Ganges, to sport and rock music), some women may find it showing too much skin.

I 'm not sure which is more scary, a woman or a man, sometimes a woman is way scary, But then I think how frustrated I get and then feel like the man depicted on the rant icon. Maybe we could have a man and a woman yelling at each other? 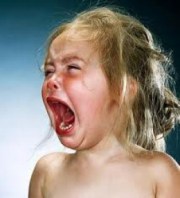 It is not a woman because they are cool, calm and collective.. after the hissy fit episode.. like this.. 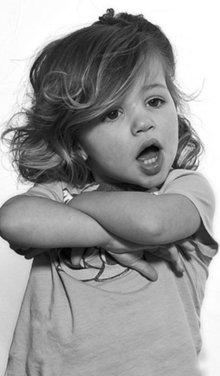 Everyone take a big fat chill pill.. running out of meds here that was priceless
edit on 15-6-2015 by Layaly because: (no reason given)

Or a big fiery bbq pit with smoke coming out of it!

posted on Jun, 15 2015 @ 11:00 PM
link
"Man Song":
We were pushed in little norms,
march and shout and uniforms.
A shorter life just say your graces
build your muscles take up spaces.
Make the money, pray to God
while you're treated like a dog.
Don't move your lips, have no opinion,
fight for some dead queen's dominion.
Don't complain, there is no exit
after all you are a sexist.
You were born a useless male
you're more endangered than the whale.
Inferior you're not a leader
they even call your shirt wife-beater.
Don't pose too much that's just a guise,
don't think too much, you're never wise.
Born attached a male defect
just laugh it off; it won't infect.
You drink too much, the experts find
but that is just the male-child mind.
Feel the pressure to make wealth
and take the powders in Men's Health.
Lie awake as you can't sleep
without the shepherd no more sheep.
Violent, nasty, vain and cruel
but men can take it - it is cool.

(Just a poem I once wrote for my brothers.
No reason to rant or feel angry whatsoever.)

Because ATS is a macro-micro-aggressive-misogynistic site that doesn't think women can rant.