Aliens exist: Here is the proof

When you "assume" you make an "ass" of "u" and "me". You have no proof and, therefore, your post is a sham. Drake tried his bit with his "alien" formula. He started with zero and ended with zero. No matter how many planets are in the universe you cannot make the jump without evidence that there is life anywhere but on Earth. We are the only evidence. To think otherwise is to show your ignorance.


originally posted by: Emerys
a reply to: Legman


So 70,000 annual reports of UFO sightings are not evidence?

No, they are not. Most of those are misidentifactions, and the remaining few that are actually 'unknowns' are not conclusive. If there were actual, conclusive evidence, it would be on every television station and the front page of every newspaper on the planet.

Taking everything in the OP into consideration, don't you think that it's possible (there's that word again) that at least one of those 70,000 annual reports could be due to an extraterrestrial intelligence? I mean, would it be too far fetched to say that ET maybe took a wrong turn, or wanted to do some sight seeing one day and was witnessed by some humans on Earth?

Of course it's possible. Only a fool would say otherwise. But possibility is not proof. It's just as possible that one (or more) of those 70,000 sightings was actually a unicorn, propelled by rainbow-emitting flatulence. There's no proof of that, however.

I have no doubt that there is life existing somewhere else in the universe; likely in many places. Some of it is likely intelligent, as well. The chances of said (possibly) intelligent life hanging out in our skies, however, are incredibly remote, and there's simply no reason to believe that is the case, without concrete evidence.
edit on 6/10/2015 by AdmireTheDistance because: (no reason given)

Yea, that's pretty much what I was getting at.

The problem is when one variable is wrong in a logical train of thought like the ET question (without hard facts, or multiple examples), it can radically change the end result. 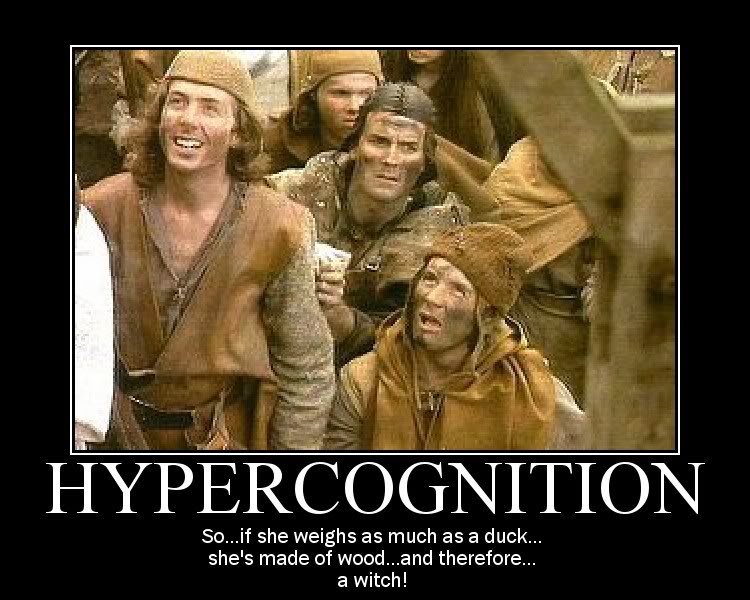 I think the OP means to create a "logical proof" or an "extrapolation" rather than "measurable proof." It's a "we know these things are true and measurable, so we can extrapolate that x is also true," kind of argument. It doesn't mean that he is correct, but I would rather look at it from that point of view to produce arguments for or against his stated position, than whether or not his argument meets the standard of "double blind study proof" or physical, testable evidence. The OP does make interesting points!

Personally, I think the better term is "probability" rather than "proof," myself. To create a logical proof, there needs to be a better "If x, then y" statement than the data allows.

If I were to try and create a logical structure for the probability argument, it would look something like this:

"IF there are x amount of species on our planet, AND there are y number of planets that potentially have life, AND there are z many more years for life to potentially evolve on those planets, THEN we can conclude that there is a strong probability that life does exist on other worlds AND we can conclude that there is a lesser but still potent probability that some of that life will be at least as developed as we are, or more so."

Personally, I would go on to say that in my opinion (for what little its worth) it is a 100 % probability that intelligent life exists and that some of it is way more advanced than we are, but that's just me... Not saying these theoretical aliens are here visiting us, but then again, they could be. That, however, is simply a possibility, not necessarily a probability. (I am, however, open to that possibility.)

originally posted by: AboveBoard
If I were to try and create a logical structure for the probability argument, it would look something like this:

Me not know how make equation like that or what all letters mean. Me use words. Phil-os-o-phy big word!

Seriously, though, thats a cool equation.

One can imagine stretching out their hand as far as it will go, past everything we know, never encountering a boundary to run up against. Even if one is reached, then there is more outside that, in fact the Universe goes on forever, there is no end to it.

if thats true, then it means it has always been there. If thats true then the infinite space stretching out in every direction means there has been an infinite amount of time for life to develop. Since we know life exists that means it exists everywhere out there, too.

Unless, of course, you reach your hand out far enough and up touching your own shoulder...
*Cue Twilight Zone music*

The main thrust of intelligent life would have to evolve in such a way that it would be able to manipulate its environment. The species would have to raise itself out of the food chain. The point being that this way, is the only way to protect itself from all natural hazards, until it has reached environmental control. The only sure way to do this is exit their environment, to the point where they could live in a space that has no disruptive biosphere. In fact what we might call a dead world. Leaving their biosphere assuming they had one in the first place, would require efficient transport.

We are on a path, where we are manipulating the existing biosphere, to the point, where continued manipulation is necessary for this species survival. This could be what happens to all space faring societies. They collapse their natural biosphere, and have no options. If you look around the solar system, its all dead worlds.

I have to agree with you.

However, math doesnt prove anything. Fact is only true when we have proof right?

Give it time, we might see them at some point.

originally posted by: Uggielicious
a reply to: Emerys

When you "assume" you make an "ass" of "u" and "me". You have no proof and, therefore, your post is a sham. Drake tried his bit with his "alien" formula. He started with zero and ended with zero. No matter how many planets are in the universe you cannot make the jump without evidence that there is life anywhere but on Earth. We are the only evidence. To think otherwise is to show your ignorance.

You people and your need for physical "evidence", for everything! You think everything in this Universe is so simple. Its not. One man, a man more credited than you will ever be, more respected, educated, and open minded had evidence that aliens exist. Tangible, scientific evidence. Do you know who I am talking about?

originally posted by: Emerys
One man, a man more credited than you will ever be, more respected, educated, and open minded had evidence that aliens exist. Tangible, scientific evidence.

originally posted by: Emerys
isn't it safe to assume that at the minimum, one of those planets has life on it?


Now that we are assuming that at least one of those planets has life.

How do you jump from assumption to proof? The moment you make an assumption, you have lost the ability to offer proof. You said nothing new.

originally posted by: AdmireTheDistance
Your argument supports there being a high likelihood that aliens exist, but in no way does it constitute "proof".

I'm sorry. I'm not laughing at you. It's just this kind of question is hilarious. How can people be that dumb as to think life isn't elsewhere in the Universe.

That's like someone saying people would fall off the planet if they went to far onto the ocean hahahahhahahaha The Earth is flat! And humans are the only source of intelligent existance in all of time and space!

What's even more hilarious is when people say well, there's life on other planets. Maybe even intelligent life, But its not here, because humans are the first here. Because we have to be the first at something because we said so.

OMG the universe has a age! BIG BANG BIG BANG Everything is within tangible reason! Calm down creationists! we have it all under control.
hahahahhahahahhaa

Sorry sorry, okay to be serious. Saying intelligent life does not exist anywhere else is just envoking a Paradox. And if they have to cling to the idea that we can calculate the age of the universe based on physical matter that constantly has energy sapping from it through entropy is the perfect reflection of the universes age and things we see dudding out in space MUST be signs to how old the universe is. Look a galaxy that is 8.4 billion years old. Since its the oldest within view, it must be the first to be created in the universe!!! Does anyone realize how dumb that sounds?

I just think people wouldn't beable to cope to a superior intelligence. Because it's already he're.

Unless, of course, you reach your hand out far enough and (end) up touching your own shoulder…


That means its a 'closed' system. If 'closed' then it has boundaries. What is outside the boundaries?

He had over 200 scientific case studies on them. But you must not believe Psychology is a science?

originally posted by: AdmireTheDistance
a reply to: AboveBoard

Which should be followed up with the Fermi Paradox.