The Star Face of Mars

This find is incredibly interesting as although this is from MRO, (MARS RECONNAISSANCE ORBITER) Context camera, & although we can certainly ask for a better quality given context image that, i must say it is still fascinating what is really seen on Mars! This particular find will be very hard to simply dismiss away as tricks of light & shadow & looks to be a cousin in design & style of the Face at Cydonia. well,... sharing similar characteristics. That make the faces on Mars stand out! ;-)

As well as considering surrounding features, this FACE OF MARS is established within it's own right as a very important place to intense study! I am seeking other images via other missions imaging or having imaged this area on Mars before. This will certainly help for comparative analysis of the situation going on here. wink emoticon Plus to let you all see my findings of those images to compare.

This FACE OF MARS construct, appears to have at it's chin a star like structure fused within it?! I recently found this & been studying this area the past few days intensely. I am seeing so much going on here that what I believe we have found here is another Cydonia type CITY!! ;-)

Not looking the same asCydonia, nor what is in it, yet does Manhattan look like Tokyo?,... or Paris? ;-) Yet all share similar characteristics... It's geometric shape and forms!!! ;-)

Upon closer inspection for this FACE, I also believe I see a COVER UP of the BRIGHT side of this FACE OF MARS! Other than all the over contrasting going on in this image, it appears I was able to peer through a covered patch,.. hmmmm.. the very bright side no less,.. & somehow pull data out where we get a faint glimpse,.. OF THE EYE??? ;-)

Look all, I been doing this many years now, & was apt enough to be considered as important to Enterprise Mission at one time,.. because of MY WORK! In what I am able to see & point out in these images most not-sees! I am telling you all now,... this is not natural!!! Ancient,.. YES!

Even Richard C. Hoagland would appreciate this find. ;-) LOL.

You should ask him about it & it's likeness to the Cydonia Face in design styling! Richard Hoagland LOVES to speak about THE FACES OF MARS! ;-)

the Mars anomalist's who research the surface of Mars can even appreciate this 'MAJOR FIND',... As this find was called by George Haas, of the Cydonia Institute, member of SPSR, Author of the MARS CODEX!

I am definitely going to be placing some MRO Hi-Rise target requests for this feature & for the entire... Star Face City'! ;-) (It's name, as I named it, as it's discoverer)....

originally posted by: TNMockingbird
I think the video is broken?
Or something...

What is broken though is the OP's Supposition.

posted on May, 20 2015 @ 02:50 PM
link
Don't know about 'face' but they sure look unnatural to me, in the sense that they don't look like they formed from erosion or volcanic activity. They have walls and are shaped like ships.

As posted it could even be fake.

originally posted by: Emerys
a reply to: MadMartian

So Martians erected a tribute to Richard Hoagland...good find.
edit on 21-5-2015 by elevatedone because: (no reason given)

Not really seeing the face that the video is trying to show, but I can see another face, within the "face"

That was really interesting. The music was pretty good. I kind of zoned out after the three minutes of panning but it was a nice touch and in time with the music. I was definitely getting some visuals at around 2:30 and in a definite trance state just after that. I'm not sure, but I think I saw several interconnected structures my first time through but was unable to find them again. The face itself was a bit of a let down though. However, the video was top notch. So I gave it 4 stars out of 5 for creativity. Excellent work.

I love these threads, but I thought this wasn't clear cut as a face or anything. I found the similarities interesting but the video grated on me with the none stop panning around in the beginning.

Would like to see comparisons of this and the original face on mars and more pics from different angles and such.

In that thought direction, is there a group, somewhere of all of the pics of the Original face on Mars and does anyone know how many pics of that area there really are? Thanks!

As there was never a face on Mars in the first place,there can't be another one.A mountain (or rocky outcrop or whatever it was) that just happened to vaguely resemble a human face when the light was on it from just the right direction,and viewed at low resolution as all the photos were back then MIGHT be mistaken for a human face. 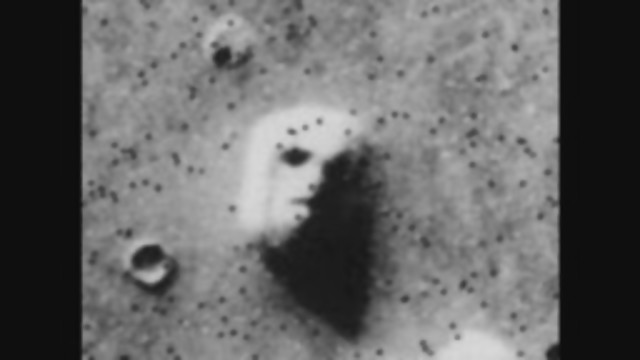 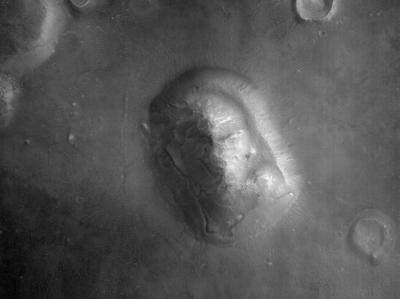 posted on May, 20 2015 @ 05:54 PM
link
Just keep in mind that not everything we see is pareidolia or else we wouldn't have archaeologists.

FYI, repeatedly typing "FACE OF MARS" in all caps doesn't make it anything other than rocks, and makes you look like a tool.

And as far as the other, old Hoaglandish face being lesser with the new imagery, I'm not so sure... there is still a border and features, just rougher... maybe it's old... so my fence-sitting is still with a post directly up my 'lil tushy.

And there is that radiation... yesiree... I wouldn't be amazed if we circulate between Earth and Mars every half a million or so years... heh... well, maybe a bit amazed...

Damn that looks familiar, think I've seen that after I take a shower!

I better go down to the clinic.