Woman Fell On the Slopes and It Caused Acquired Savant Syndrome

posted on May, 10 2015 @ 06:44 PM
link
I find the subject of Savant Syndrome fascinating and thought other members might enjoy this recently reported account.

First, what is Savant Syndrome?


Savant syndrome is a condition in which a person demonstrates profound andprodigious capacities or abilities far in excess of what would be considered normal.

Even more rare is Acquired Savant Syndrome that has developed following an injury.

The prospect of dormant potential that maybe is within each of us is intriguing and could have far-reaching implications in human development.

Here is a brief introduction to one woman's acquired savant syndrome diagnosis following a skiing accident. 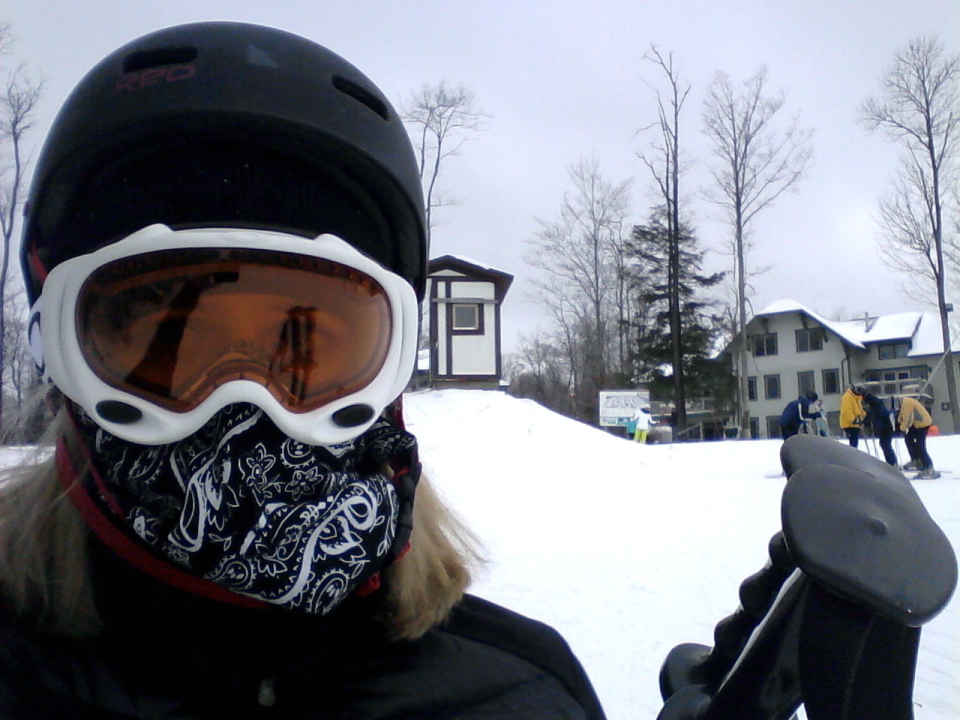 IT HAPPENED TO ME: I Fell On the Slopes, Suffered a Concussion, and It Caused Acquired Savant Syndrome

Think of every building you have ever been in. From highway rest stops in states that you've only passed through, to the well-worn halls of you high school. Think of the large places, say the Louvre, where you've walked through once 10 years ago. Think of small places, maybe your friends-cousins-girlfriend’s trailer in the sticks where you went to pick up a six-pack of beer when you were in high school.

Thousands of places, with thousands of rooms, branches and doorways. And now imagine if you had the ability to draw a diagram of every single one of those buildings, down to the smallest detail, no matter how long ago you had been through them, nor how many times. 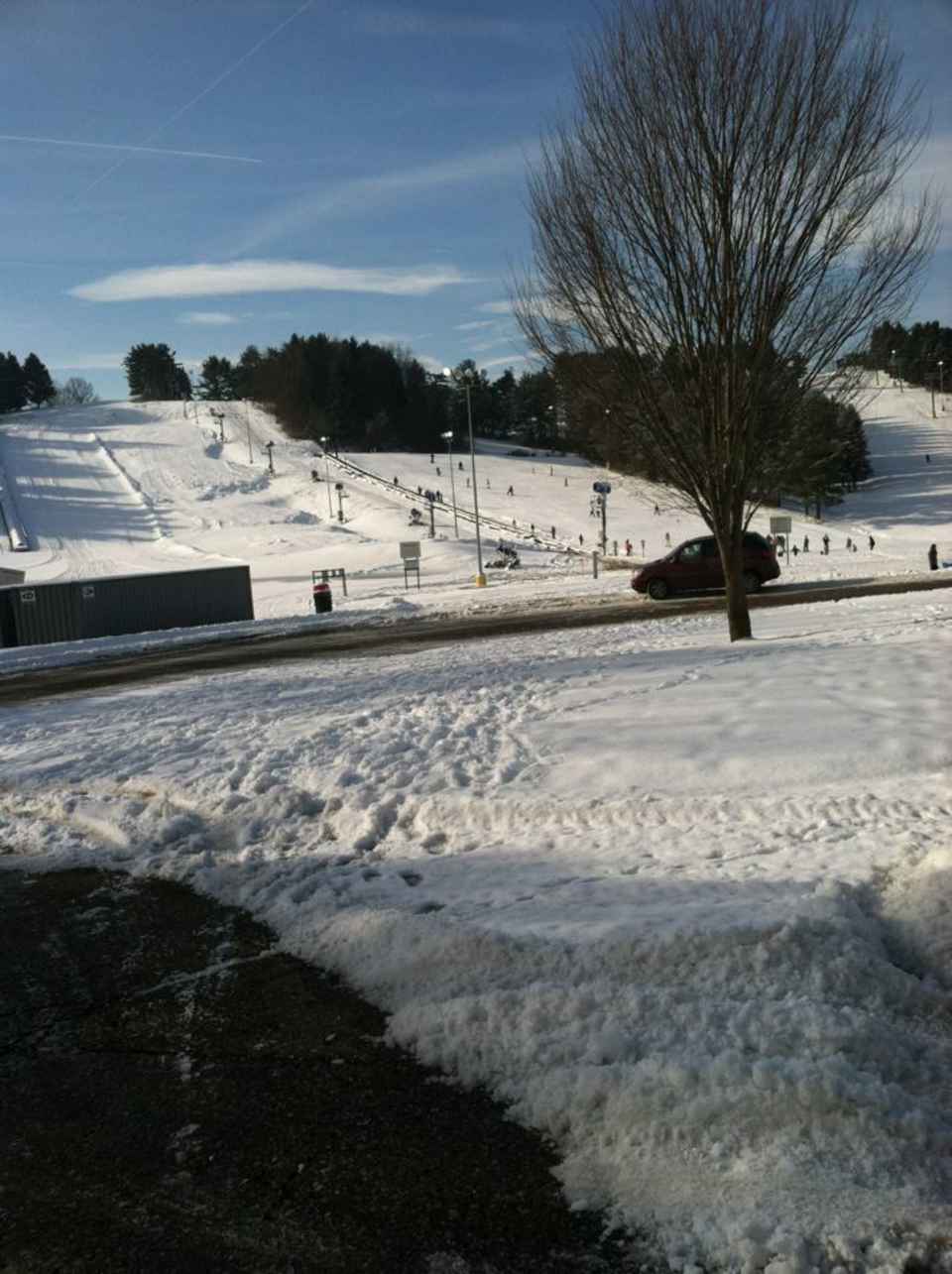 When I was in my senior year of college, the last weekend of winter break, I took a skiing vacation with my family. Hitting the slopes was a regular thing for us; in the land of what seems to be never ending cold, you either develop an affinity for winter sports, or go mildly stir crazy. The hill I chose was covered in moguls, and in the fading, flat twilight, it was hard to see. Flat light is a skier’s bane -- it destroys your depth perception, and makes navigation tricky no matter the terrain.

About halfway down the hill, at a speed that was definitely too fast, on a hill that was turning icy quick, I caught an edge and went flying. Not only did I yard-sale something fierce, but I blacked out when I hit, and the only reason I know this is because when I came to my brother was crouched next to me and before he had been at the top of the hill.


Over the following weeks, # got weird. I was still in my anti-date brace, as my roommate took to calling it, but my headaches and vision problems hadn’t subsided. The weirdest thing however was the memory. Memory is a touchy son of a bitch, and something that you have to be careful about if you’ve suffered any type of head injury.

It was like I could see, though not in a literal sense because I was still having issues with vertigo, as well as this weird disconnect between what I was seeing and what my brain was processing. I could remember everywhere, like flicking through the pages of a book. Every place I had ever been, but specifically the buildings.

While savant syndrome has been found in people with autism, it is the acquired instances that seem to raise questions about memory and skills buried and normally inaccessible in all people. It raises the what if's of untapped human ability.

I look forward to hearing and learning from other members about this mysterious condition.

As always, I did a search and did not find this recently posted story on ATS yet. If it is...mods do your thing.

I don't believe the we only use 10% of our brain saying. That was taken out of context from what I understand anyway, but I do believe most of our brain lies dormant.

I hate how much of this is brought out through people that have mental illnesses or through an accident.

The potential of mankind would be amazing if there was just a drug or way to unleash the power we all have.

Another question pops in to my head. Since we have all this great potential why hasn't it naturally been unlocked already?

It was definitely taken out of context. Any well read individual will tell you that is nonsense. I believe the context of the original point was that consciousness accounts for only 10% of brain activity.

I can imagine why this sort of phenomenon was not a preferred evolutionary trait for our species for most of our history but now that many of us have the "survive" thing down pat thanks to modern convenience, I wonder if this trait won't start to become more useful and common.

Early days of course, the modern conveniences I mentioned are only a few hundred years old.
Or maybe it will just be superseded as we grow closer and closer to our computers and new internet-based intelligence.

posted on May, 10 2015 @ 10:49 PM
link
Check this out...it appears savant abilities can be induced through a transcranial magnetic stimulator.

A number of researchers started to look into the possibilities, but one in particular intrigued Snyder: that people undergoing transcranial magnetic stimulation, or TMS, could suddenly exhibit savant intelligence -- those isolated pockets of geniuslike mental ability that most often appear in autistic people.

Snyder is an impish presence, the very opposite of a venerable professor, let alone an internationally acclaimed scientist. There is a whiff of Woody Allen about him. Did I really want him, I couldn't help thinking, rewiring my hard drive? ''We're not changing your brain physically,'' he assured me. ''You'll only experience differences in your thought processes while you're actually on the machine.'' His assistant made a few final adjustments to the electrodes, and then, as everyone stood back, Snyder flicked the switch.

A series of electromagnetic pulses were being directed into my frontal lobes, but I felt nothing. Snyder instructed me to draw something. ''What would you like to draw?'' he said merrily. ''A cat? You like drawing cats? Cats it is.''

I've seen a million cats in my life, so when I close my eyes, I have no trouble picturing them. But what does a cat really look like, and how do you put it down on paper? I gave it a try but came up with some sort of stick figure, perhaps an insect.

While I drew, Snyder continued his lecture. ''You could call this a creativity-amplifying machine. It's a way of altering our states of mind without taking drugs like mescaline. You can make people see the raw data of the world as it is. As it is actually represented in the unconscious mind of all of us.''

Two minutes after I started the first drawing, I was instructed to try again. After another two minutes, I tried a third cat, and then in due course a fourth. Then the experiment was over, and the electrodes were removed. I looked down at my work. The first felines were boxy and stiffly unconvincing. But after I had been subjected to about 10 minutes of transcranial magnetic stimulation, their tails had grown more vibrant, more nervous; their faces were personable and convincing. They were even beginning to wear clever expressions.

I could hardly recognize them as my own drawings, though I had watched myself render each one, in all its loving detail. Somehow over the course of a very few minutes, and with no additional instruction, I had gone from an incompetent draftsman to a very impressive artist of the feline form.

Snyder looked over my shoulder. ''Well, how about that? Leonardo would be envious.'' Or turning in his grave, I thought.

Makes you wonder if Leonardo or Tesla or other great minds got whacked on the head in just the right spot, at some point.

Savant for a day


During his early life, Tesla was stricken with illness time and time again. He suffered a peculiar affliction in which blinding flashes of light would appear before his eyes, often accompanied by hallucinations. The flashes and images caused Tesla great discomfort, and by the time he reached his teens he had taught himself to repress them from occurring except in certain times of stress.

Shortly after his graduation from high school, Tesla suffered a devastating bout with cholera and nearly died. He was bedridden for nine months, and doctors announced that he would not live much longer. Tesla underwent another debilitating trauma a few years after recovering from cholera. This time, the nature of the illness and its causes were a complete mystery. Tesla's physical senses, which had always been remarkably acute, seemed to go inexplicably into overdrive, paralyzing him with an overabundance of sensation.

Something to think about.

edit on 10-5-2015 by DancedWithWolves because: Added info on Tesla

posted on May, 11 2015 @ 12:48 AM
link
Imagine if we could on request induce this Savant Talent through medical procedure ? I would like to have the ability to see the future or become a Seer of future events, but seriously this could be another step in the evolution of human kind.

originally posted by: SpongeBeard
a reply to: Passive

It was definitely taken out of context. Any well read individual will tell you that is nonsense. I believe the context of the original point was that consciousness accounts for only 10% of brain activity.


It was actually only 10% of our brain is active at any one time normally. So we use all of it, but usually only 10% is ever active in any given moment (different parts are used for different situations), although at times much more is active.

posted on May, 13 2015 @ 05:37 AM
link
Everyone potentially has this ability because EVERY memory, every detail of our experience, is recorded "elsewhere" and can be recalled if the soul is sufficiently evolved. The storage occurs at an unconscious level in 99.9999% of people because the ability to recall such fine detail is unneeded at the current stage of human evolution. What this woman is able to do is to tap into an ability of the higher mind that is there NOW for everyone but which represents a normal ability of future evolution. A rare, psycho-spiritual process involving her subtle vehicles of consciousness accompanied her accident, which activated this ability of total recall. It is strong evidence that memory is not solely information stored in physical form in the brain. That's why after our physical body dies, we retain memory of what we did in our physical life when we enter into higher levels of reality. Our former life is automatically surveyed without judgement in a process accompanying death. This is only possible because everything is remembered at a deep, unconscious level. The difference with this woman is that her accident activated her innate ability to recall things in detail in a conscious way.

The problem is that even people with "photographic memory" who have amazing abilities to recall detailed memories .. their memories are flawed. They change over time, the details remain vivid, only not constant.

Very few people have actual perfect recall. I believe in the billions on Earth you can count their numbers on one hand.

What if our tin foil hats could be customized to incorporate transcranial magnetic stimulators? We could become as smart as we sometimes think we are 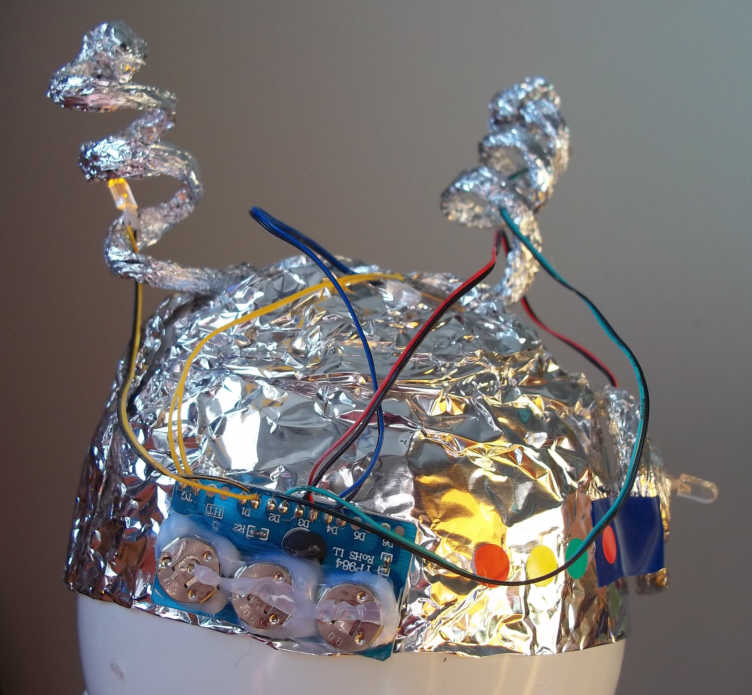 Portable Transcranial Magnetic Stimulator (some adaptations to fit in your tin foil hat may be necessary.)