posted on May, 7 2015 @ 09:24 AM
link
Hi all, just wanted to share this absolutely fascinating video i found on superfluid Helium. I'm sure that many of you are aware of some of its amazing properties, but this video might showcase a few that, like me, you were not aware of. Really incredible stuff.

A more recent observation...that is exactly what is coming out of this mouth daily.... 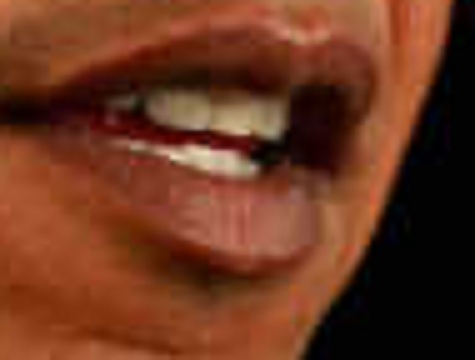 I have seen that film before, why doesn't the NSF still produce educational material like this?

This single pulse of heat leaves the superfluid mostly unaffected by the momentary rise in temperature. Instead of heating from bottom to top, waves of heat move up through the fluid, but the superfluid stays cool. That's very convenient. The Large Hadron Collider uses liquid helium to cool its magnets. As the superfluid helium circulates, its unique response to heat allows it to gain only 0.1 K for every kilometer it travels. Without this property of helium, the LHC wouldn't work.

posted on May, 7 2015 @ 11:01 AM
link
Thanks for the video, that Alfred Leitner made some nice ones, sometimes when I see this old stuff I can only feel we have lost quality

I need to watch this video every time I think that I could be a scientist.
i fear that my best bet would be to become a subject for a brain dissection.

posted on May, 7 2015 @ 12:53 PM
link
I often think that great scientific discoveries like the one in op's vid have moved way beyond the questions of the day and only few have access to further the research . The quantum aspects of stuff seems to be a secondary understanding in being able to take our knowledge to the third level if there is a third .

posted on May, 7 2015 @ 02:31 PM
link
Thanks. Don't think I understood it, but I'll file it along with other things like superconductors and supersymmetry and everything else which is way above my head and firmly planting its boot on my face.

Reminds me this science thing goes way back. One year later in 1964 Arthur C Clarke did his predictions on a TV show. Smart people weren't born yesterday. Reaffirms my feeling people have been pondering and observing nature phenomenon for thousands or millions of years ago. Our distant forefathers were buildings fires over a million years ago, according to some research. I don't doubt they wondered what caused the fire.

I know wondering isn't science and there was not a scientific method even 1,000 years ago, but to pretend people didn't think about things before the scientific method was formalized AND never yielded useful practical answers is I think flat brained and disgraceful. Goddamit, they deserve some credit for surviving millions of years, so that we could insult them!

Note the following bit about the "campfire" evidence:


.......Goldberg and Berna point out that it’s unclear whether the cave’s inhabitants knew how to start a fire from scratch or depended on flames harvested from grass fires outside the cave. If they were eating barbecue, it may have been only an occasional luxury. Whether that could have had an impact on human development remains an open question.

posted on May, 7 2015 @ 03:32 PM
link
I'm sure cave people would have found flint stones at some point or other, perhaps when climbing up rocky hills. Then they would have known that friction creates heat from simply rubbing their hand together. It wouldn't take too much imagination to wonder what happens when you rub two pieces of wood together. Seeing lightning strike and a forest fire would have given them some ideas.

posted on May, 8 2015 @ 03:16 PM
link
a reply to: stormcell
Plus, once they did accidentally come across fire (from a lightning strike, etc), and they harvested the flame for their own use, I would think that they would go through some extra measures to attempt to keep that flame going.

If they couldn't make it themselves (either at all, or very easily), then they might have found it advantageous to keep the "found" flame going and going.

I take it you didn't watch the video all the way to the end? By the way I had the same question/objection while I was watching the video.

At the end he explains how the two fluid model can't be right, meaning there can't be two different fluids, and the explanation must be in quantum mechanics that the fluid can behave in different ways because of quantum mechanics. He didn't mention the double slit experiment but his explanation reminded me of that, the way you see particle properties if you do the experiment one way and wave properties of you do the experiment another way.


Ha! I should have added I didn't watch it to the end, until now. However, that bothered me enough at the time to take the time to post the question before needing to leave.

As I was gone (away from my computer), I was thinking that possibly I should have watched the whole thing before commenting, but I didn't.

I suppose my impatience got me into trouble

originally posted by: Soylent Green Is People
a reply to: Arbitrageur


Ha! I should have added I didn't watch it to the end, until now. However, that bothered me enough at the time to take the time to post the question before needing to leave.

As I was gone (away from my computer), I was thinking that possibly I should have watched the whole thing before commenting, but I didn't.

I suppose my impatience got me into trouble


Dont worry, i had the same question as you did...but yes, as others have said, it got answered