posted on Mar, 11 2015 @ 08:28 PM
link
Here we have another load of good science, that confirms the effect, on the Chilli Peppers ability to trigger cancer cell suicide, in androgen positive cancers, mainly research on prostate cancers. But apparently the anecdotal evidence is that it works on a few more cancers, lung and, leukaemia, to name a couple. The ingredient in the chilli pepper, according to Norfolk University, causes disruption to the cancer cells DNA, thus triggering cell death, but leaving healthy cells intact.

Why isn't this common knowledge, and barely raises an eyebrow in the mainstream media. Anything that doesn't have a financial spinoff to a major drug corporation, just doesn't get the air time it deserves?, because they cant as yet get a patent on a plant that that's out there for free , if it was a genetically modified version no doubt they could. It beggars belief, that the only human trials that have been done are by people who have scaled up the dosage to 400mg a day for a human, and started taking the stuff. The Scoville unit , is the measure of the amount of the active ingredient. www.eurekalert.org...

posted on Mar, 11 2015 @ 08:33 PM
link
Was not aware of that, But they do stimulate the lymphatic system ( body's filter system ) Where most cancers happen.( collect ) A benefit in two ways.

originally posted by: roth1
Was not aware of that, But they do stimulate the lymphatic system ( body's filter system ) Where most cancers happen.( collect ) A benefit in two ways.

You can add in, a very quick opening of the arterioles, making oxygen available to the body very quickly . Used by mainstream medicine, to halt post partum bleeding in childbirth, and after a heart attack, to limit damage.

posted on Mar, 11 2015 @ 09:59 PM
link
I am a passionate grower of chili peppers. I must be immune to cancer at this point! lol I consume that capsaicin chemical just about every single day.

If anyone wants to grow a plant I have extra seeds for many varieties. Some of which exceed 1 million in Scoville Units. Shoot me a message. Maybe I can help you fight cancer
edit on 11-3-2015 by Lucid Lunacy because: (no reason given)

posted on Mar, 11 2015 @ 10:03 PM
link
I am curious to know the different between cayenne peppers and chili peppers or both of them are same plant, but different name?

Cayenne is a specific kind of pepper belonging to Capsicum Annuum. I think it averages around 30-40k in Scolville Units. Not sure on that though.

There is a lot of different varieties and four different families. Most of the ones you see in nurseries belong to Capsicum Annuum. Habanero and many of the hotter kinds are Capsicum Chinense.

Here is a Cayenne plant: 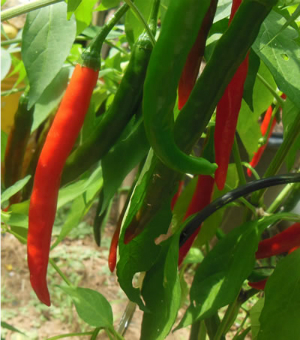 Here is HP22B aka Carolina Reaper (Capsicum chinense). Current holder for World's spiciest pepper at over 1,400,000 units! *There are hotter ones being stabilized right now. 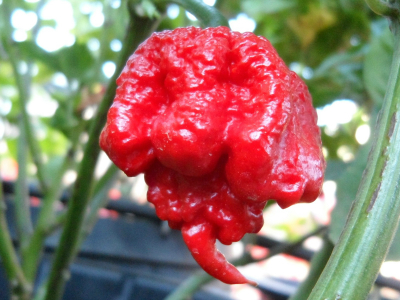 posted on Mar, 11 2015 @ 10:23 PM
link
a reply to: Aslpride
'Chili' and 'Pepper' are just generic terms for this fruit. Synonymous, but I think 'chili' is technically more correct.

If you buy powder called "chili pepper' it's probably a ground up Capsicum Annuum like a ripe jalapeño or something of that sort.

The chemical from the OP article is 'Capsaicin' and it's present in any 'chili pepper' that has heat. It's in your cayenne and it's in the jalapeño. Their Scoville rating correlates to how much capsaicin is present. More the merrier!

Cayenne is great for culinary use because it's about as hot as the average person can take and it doesn't alter the flavor of the dish much.

You can get powders from much hotter varieties online if you want to step up your cancer fighting game!

This would be a good one. Called 'Datil'. It's 100-300k versus the Cayenne's 40k or so. Plus the powder would be yellow It's also more flavorful than the cayenne. 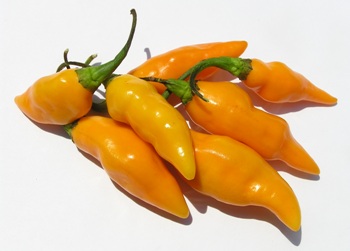 originally posted by: Aslpride
a reply to: Lucid Lunacy

I notice that, the sting in the Cayenne, can be made palatable by, mixing it into the yolk of an egg, you know when you have reached saturation, as passing a motion, can have an interesting effect. Their seems to be a great many benefits, erectile dysfunction, being but one. Taken with garlic, the garlic acts like a blood thinner, and the cayenne opens the small arteries . I was blogging with one chap that had emphysema, he started the Cayenne and virtually came off oxygen straight away, and went back to work .(that's what he said) This effect seems immediate, and that was with the store bought stuff. But some people like the heat , its great stuff and could work on many levels.

Thank you for your knowledgeable input.

is that the same as the minorca datil pepper?

a reply to: anonentity
No problemo

originally posted by: yuniorsan
a reply to: Lucid Lunacy


If your not a purist, any spice isle in most supermarkets have it . Look for "Cayenne pepper" 400mg is about a teaspoon full. This guy started to take it when they wanted to remove his prostate. www.cancercompass.com... Of course you get the sceptics , which is good for the acid test. But the trick is don't get it in the first place , if your urine has a load of dairy hormones in it telling the prostate to grow, that's what its going to do.

posted on Mar, 12 2015 @ 07:09 PM
link
a reply to: yuniorsan
Are you asking where you can buy Datil peppers / powder online? I do not know. I can only help you out with seeds or plants. I have extra Datil seeds if you do know someone with space

If you're just looking to hit your system with high amounts of capsaicin then Anonentity's suggestion of the cayenne supplement would work. You could check your supermarket for a section like this image. Cheap way to get powder / dried chilis. Look for the Birds Eye. It's more than twice the heat of Cayenne. 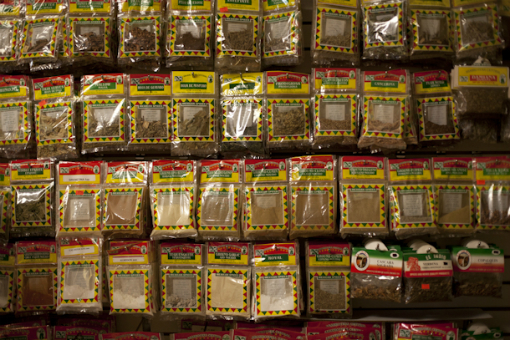