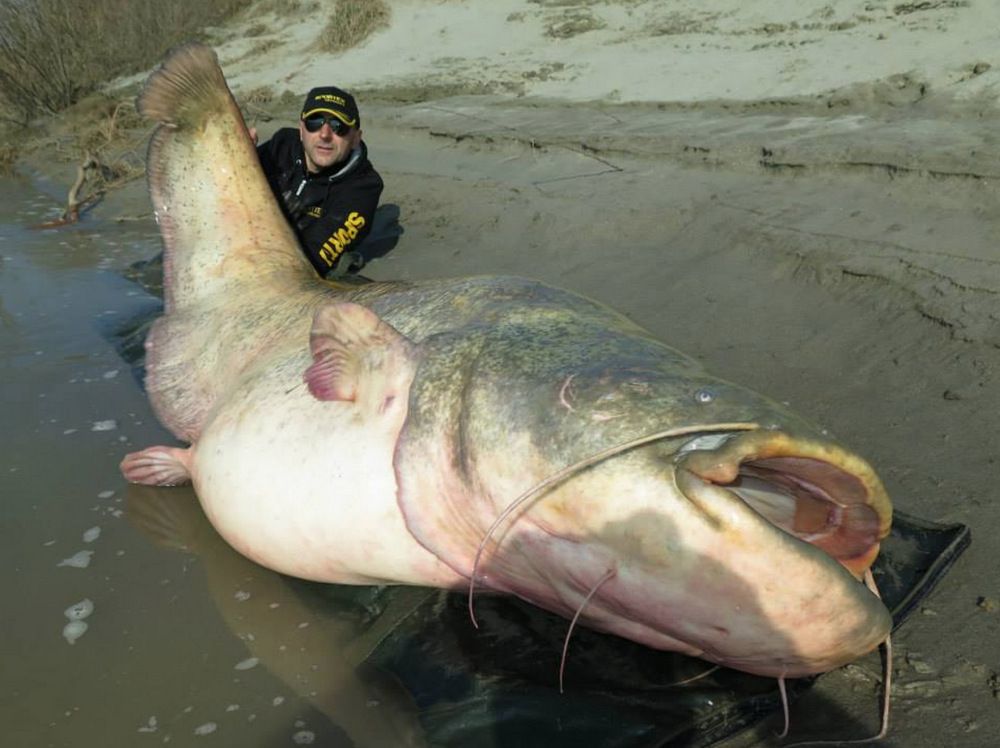 Italian fisherman Dino Ferrari landed what could potentially be a world record wels catfish in Italy’s Po Delta. Ferrari’s fish measured an incredible 8.7 feet in length and weighed 280 pounds. The current weight record for a wels catfish is over 300 pounds, but according to the Daily Mirror, Ferrari may have set a record for the largest catfish to be caught with a rod and reel.

Here’s photographic proof that this thing could just swallow an adult if it wanted to. It’s enormous. 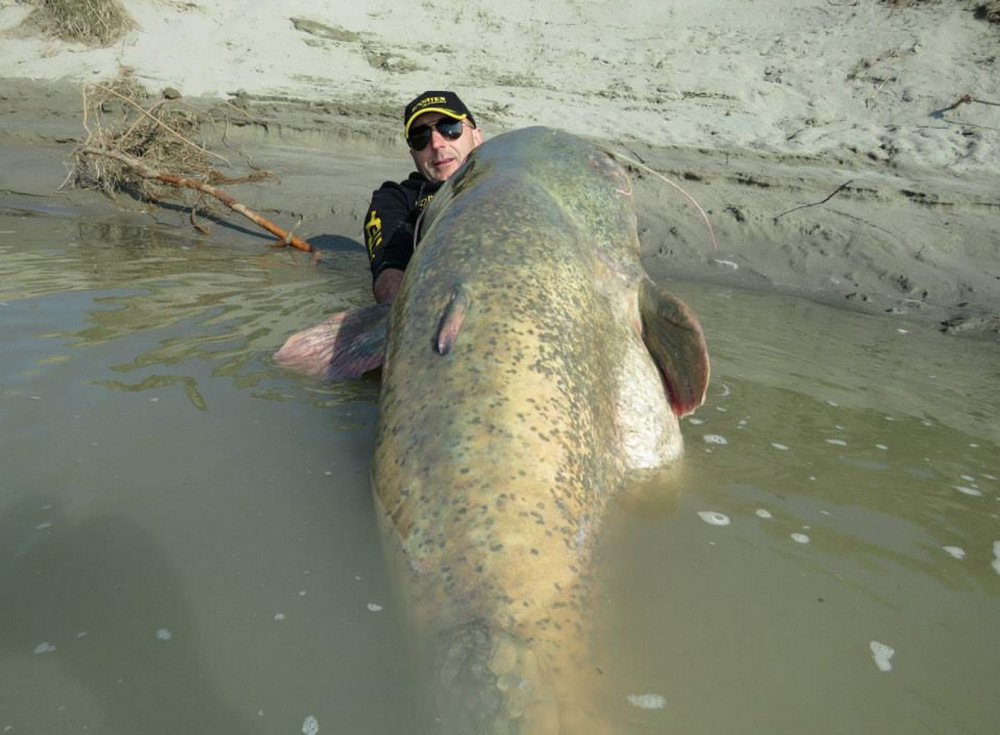 That is just awesome!! How old must that fish be?
How would you like to struggle for 40 minutes with that thing on you line?
That is just totally CRAZY!

A few more links to this story.

posted on Feb, 27 2015 @ 04:26 AM
link
to be honest, not sure how i feel, i don't want to be a buzz kill, hell, i love catfish, yummy as hell, but something like that, must be incredibly old, take pictures of it, film it, reel it in sure, but i would have let it go.
some strange respect for things that are old i guess!

Update:
Being i am italian i went looking around other websites and found this:
www.blitzquotidiano.it...

and this part turned my opinion around and put a smile on my face:

After catching it, and taking a picture of himself hugging the fish, it was released back into the river Po. "Who am i to take away it's life?" Dino (short for Danilo) said, adding that he hopes he will be able to catch it again next year when it might be even bigger"

I do agree with you on that, just catch and release!!

However, I do not enjoy it when a fish dies because I cant get a hook out, I hate commercial fishermen who rape the sea without any care - I put it like this, a Farmer has to look after his crop to be sucessful if that crop is pigs, cows, sheep, he needs to grow them.

A fisherman, just rapes the sea and I find them disgusting people.

I hope this fish was released safely.

posted on Feb, 27 2015 @ 04:35 AM
link
There are stories (modern myths) about huge channel catfish that live in hydro-dam ponds. I can believe there are some record fish around, but this monster, holy crap!

If I had caught this monster, fought it all the way in and had it surface enough to see it's size, I'd have crapped my pants and cut it lose and would never go near that body of water again.

Yea I'd have released it..

Maybe he did release it live, but I have difficulty believing that he could be that close to a big, live catfish and not get the snot knocked out of him.

I know that catfish can live a comparatively long time out of the water, but just how did he manage to weight that fish to determine its exact weight? We fishermen carry small weight scales in our tackle boxes, but this critter would have been a chore to weight in any fashion. Even bathroom scales won't suffice. So this fish story smells just a little bit.

maybe he can go to work with jerermy.

I'm sure as hell that he did not reel that monster in with a hook, rod and line he bought at a corner-shop. I suspect that he went out there with one goal in mind: to catch a monster! He obviously went prepared!! 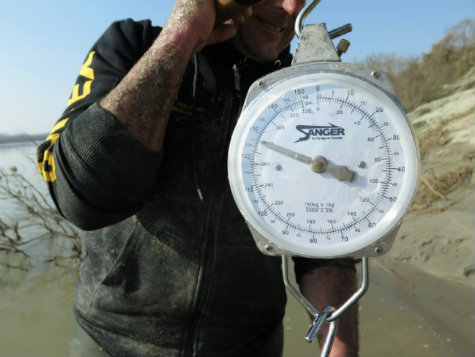 he probably was fishing for big big cats, if you've ever watched River Monsters Wade uses some heavy duty tackle.

here is a interview on CNN with the guy, he shows them the lure and rod he used.

also check out the end where it shows the catfish beaching themselves to catch and eat pigeons.

ETA: apparently he does the this for a living or competing in competitions. he has a sponsor ( Sportex Italy ).
here is a couple of pictures showing him catching a smaller one and then the bigger on that is posted.
if you read the caption on the first one you will see where it talks about his sponsor. also when i did a search i saw it in a couple of articles.
280 catfish

posted on Feb, 27 2015 @ 07:24 AM
link
THAT is why I quit going into natural bodies of water to the point where i cant see the bottom!
Fish got powers.
That one has the power to swallow you whole.

looks like he got some really heavy line on there, The kind you ocean fish with.

I have only deep sea fished twice, and both times we went on a charter, and they provided the equipment. And it was really heavy duty.

Lots of fun. Caught some sharks and Lan Bass (I think that's what there called) and some others I can't remember.

It was alot of work, and by the end of the day I just wanted to eat and go to bed. And boy was I sore the next day.

Nothing like fishing for crappie or walleye. Although I do have a Northern hanging on my wall that gave me a work out.

Oh nooooo that is an radiated Catfish.

posted on Feb, 27 2015 @ 07:24 PM
link
I caught a 50# flathead catfish out of the grand river outside of Lansing Michigan years ago and it was a battle, over 4 hours me and my friend both reeled and gave it slack.

This fish must have been a beast to actually land.
I knew my fish was old and let it go to live another day. I'd bet this fish is ancient. Possibly hundreds of years old.