posted on Feb, 16 2015 @ 03:21 PM
link
While Alaskan voters passed the law our politicians rush to change it as they are claiming, "Alaskans didn't have a clue as to what they were doing when they voted to legalize marijuana'. So now you have it our politicians have decided that representing the people and following the will of the people is not necessary as we do not have the intelligence or education to understand what we voted for! The iniative was written in a way that would allow marijuana to be a cottage industry allowing for the small growers that already exist to sale their product through through state regulated sales outlets and earning the state tax money. The change will undo that and only licensed growers will be able to make sales to the state licensed outlets; interesting as there is no law to allow for large marijuana grows in the state of Alaska, 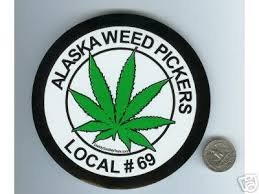 Some lawmakers are struggling so hard with marijuana regs because they want to subvert the will of the voters. The initiative means what it says. Everywhere across Alaska, politicians are standing up and claiming Alaskans didn't have a clue as to what they were doing when they voted to legalize marijuana. Yet, the ballot measure's title, without ambiguity, describes the scope of the initiative to "tax and regulate the production, sale and use of marijuana in Alaska." The proposition went on to define and delineate each of those three elements: production, sale and use.

The difference between registration and license is significant, and a change would virtually ensure a continued black market for marijuana. Alaska's hundreds of small micro growers who currently supply the bulk of black market marijuana in our state would likely register and meet reasonable regulations to become legal growers, while it is unlikely that the state would even give them permission if they had to ask for a license.

As things are shaping up, there will only be a very limited number of licenses, so most of those supplementing their incomes growing modest amounts of marijuana would remain outlaws and continue selling their crops to the black market. As is currently the case in Alaska's black market, which is a free if not open market, demand would limit supply or the price would fall and the profit margin would shrink as it has in Washington, and marginal growers would go out of business.

edit on 16-2-2015 by AlaskanDad because: added missing word and italics

It seems it is all about taxes and the difficulty in collecting from the "little guys" with private patches.
Those entities with an interest in going great guns with the business wnat to stop the little guys and so they "persuade" TPTB to help them get the law that they want. As usual again, it is all about money, not the little guy holding the short end of the stick.
edit on 16-2-2015 by Aliensun because: (no reason given)

Who can honestly say they're surprised? The will of the people hasn't mattered in the eyes of the government for a hundred years or more.
The government is just no longer afraid to tell us anymore, because they know we won't do anything about it.

It seems it is all about taxes and the difficulty in collecting from the "little guys" with private patches.
Those entities with an interest in going great guns with the business wnat to stop the little guys and so they "persuade" TPTB to help them get the law that they want. As usual again, it is all about money, not the little guy holding the short end of the stick.


I think you pretty much nailed it!

As things go Alaskans can grow and give away marijuana, but not sale or trade it, no taxes there. The way the initiative was written any grower would be able to sale their product to the state regulated outlets where it would be taxed, the changes promote a continuation of an untaxed blackmarket.

Thanks for the link, it was thought provoking to say the least!

As so many Alaskans feared our state is either going give marijuana to big business or make the new sales look so pathetic that they can claim the law was a failure.

posted on Feb, 16 2015 @ 04:22 PM
link
Vote them out, vote them out, vote them out! That's the only way to send a clear message. Seriously, any politician running in a majority approved marijuana state that isn't on board with what the voters clearly indicate regarding marijuana should be voted out of office if they are in any way against it, spinning it, whatever. It's such a major issue and has far reaching effects on crime, finances etc. It needs to be dealt with NOW and how the voters decide.

Why AK is having such a hard time with this is a little funny considering it's been on again off again for so long. I do however like this information and hope the trend spreads to all the states:

On the other hand, overall drug dependence in actually slightly lower in Alaska than elsewhere, particularly among adults. Unfortunately, the NSDUH state-level data doesn't break out marijuana dependence separately. But one explanation for the lower dependency rate would be that Alaskans are substituting marijuana for more habit-forming drugs, like heroin or methamphetamines.

Want to actually enjoy the freedom you were born with? See the progressive agenda for what it really is.
edit on 16-2-2015 by SubTruth because: (no reason given)

So by their own logic the voters where too stupid to vote them in office then?

posted on Feb, 16 2015 @ 04:28 PM
link
Why can't politicians just leave something alone without getting their cut? Would it kill them to allow the people some sort of freedom? Marijuana, water and air should be free.

We have a recreational marijuana outlet that I go by every day to work in Washington St.

I have yet to see a customer parked in front of their establishment. Why would people who already had their supply-line in when it was illegal spend the extra money to pay state taxes, not to mention the expenses incurred by having a retail outlet. Property taxes, so on.

Apparently, they wouldn't. Grow yer own, seems to still be in vogue.

Vote them out, exactly right!

But Alaska has always suffered from the fact our government is famous for its lack of communication with the people. Since Juneau is only accessible by plane or boat they feel safe knowing there will be no protests by the masses.

I have not talked to one Alaskan that knew the lawmakers were rewriting the initiative and I am trying to get the word out as best as I can.

posted on Feb, 16 2015 @ 10:01 PM
link
next thing you know alaska will be voting in the poltician execution act, And all the politicans will argue again that Alaska has no idea what it wants. Lol.

posted on Feb, 16 2015 @ 10:01 PM
link
Ummm, aren't these "clueless voters" the same ones that elected these elitist politicians? Personally, I think it's a sad statement on current affairs that people have to vote to practice the natural right to ingest any substance they choose.