posted on Feb, 4 2015 @ 12:38 PM
link
Here is a first look at the so much talked Roswell alleged alien slide intentionally blurred of course
because it will be released until May 5. Also included in the package is a report of the case and the
people involved in this story. You may download the zip package here, it's 388 MB and includes a lot
of content so take your time.

In my opinion this image of the slide may be also just a recreation of the real one as part of the
promotional video but my source tells me it´s the real thing, we'll see in May 5. Meanwhile here
we have a development on this case with information and images to have a more clear view of
what this is all about. Enjoy and make your opinion.

Really. That's the day I usually drink a lot of Tequila and act like a total jackass.

April 1st would be more apropos.


That is also the day I drink a ton of tequila and act like a jackass.

OK, so he's building a computer model/graphic of the "alien".

I mean, he claims to be a sports reporter.

I also note that many of the 'photos' have been digitally doctored to give a 'moving perspective' view in the film.

The same skills could also insert a computer graphic based on the rendered model shown in the clip, into the picture.

In short, this whole 'release' reeks of male bovine feces.

posted on Feb, 4 2015 @ 02:28 PM
link
Its funny how this site is supposedly about denying ignorance yet certain names always trigger absolutely ignorant comments.

There's no use trying to be rational with premeditated debunkers.

I can't wait for May 5. Bet its more grounded in reality than ATS


Its funny how this site is supposedly about denying ignorance yet certain names always trigger absolutely ignorant comments.


sorry, today is the day I drink tequila and post ignorant comments.

The video raised some issues in my mind. Firstly, the source of the image has been attributed to Bernard Ray and we've known that for some time. That he has no descendants suggests that it'll be tough for researchers to link him directly to the slide.

I'm suspicious by nature when it comes to photographic evidence of aliens as there's a well-documented history of hoaxes. Len Springfield was a targeted recipient of similar images and the sources were similarly inconclusive with regards to verifying sources.

Secondly, the video reconstruction is clearly predisposed to alien imagery because they chose to present the face with solid black eyes - the archetypal 'grey.' A neutral reconstruction would have included eyes with whites, irises and pupils like we see with Neanderthal and Habilis reconstructions.

Thirdly, the presentation is deliberately suggestive to lead the viewer down the path to thinking 'alien.' The production values and dramatic music are aimed at media interest and a specific audience. It's what's known in the trade as a sizzle reel.

Nick Redfern was approached about this and was asked how much money such a slide could make? This was before the 'Star Team' guys were approached. By themselves, these details don't necessarily prove a hoax. They do suggest, to me, that a long-term plan is being executed along the lines of Ray Santilli's 'alien footage.' I recall a Strange Days Indeed show where they discussed very similar techniques being used to generate a grass roots buzz for his 'found' footage. Santilli is reputed to have made serious money.

Here's a couple of caps for those who can't access the video in the link: 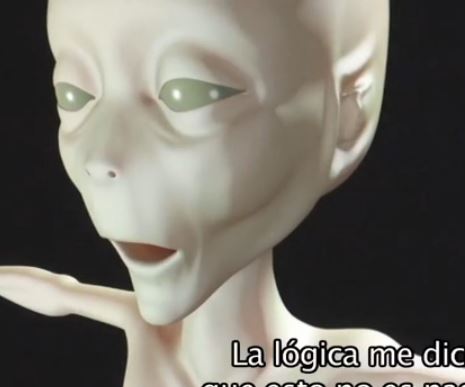 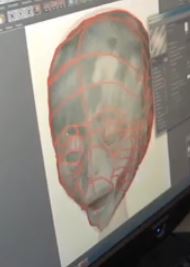 
16i.) Social Media Professionals: If you wish to take advantage of AboveTopSecret.com for your social media campaigns, viral advertising, news releases and updates, or any other material on behalf of another party directing the content or tonality of your posts, you must first obtain approval (by using the contact form), of The Above Network, LLC (owners of AboveTopSecret.com). Failure to do so will result in the immediate termination of your account, removal of your posts, and a $500.00 per post fee invoiced against your employer or client.


20a) Unauthorized Marketing: ATTENTION MARKETERS: You will not engage in efforts of viral or "stealth marketing" on these discussion boards without prior approval of TAN. If marketing activity for the promotion of any other commercial entity outside of these boards is discovered you agree that you are responsible for paying TAN $2.00 US for each "thread view" of the thread(s) in which your marketing messages are contained. Your acceptance of these Terms and Conditions of Membership for joining these discussion boards signifies your approval of these payment terms.


free_spirit did you get permission to post this garbage here?

posted on Feb, 4 2015 @ 03:17 PM
link
interesting timing! Just yesterday I was looking over at OpenMinds.com and there is purportedly some new found film that shows one of the aliens at Roswell being taken to Area 51. Supposedly the film has been shown to be from the time period ( 1940's) per the inspectors. The film is all of maybe 56 seconds long, you get a very short, rather blurry ( surprise!!!) shot of something on a stretcher...........someone looking for their 15 minutes of fame again no doubt.

originally posted by: data5091
and there is purportedly some new found film that shows one of the aliens at Roswell being taken to Area 51.

originally posted by: 1ofthe9
Come one, come all...

Thanks for posting the update free_spirit.
While I'm not holding my breath I do look forward to the big reveal in May.

originally posted by: draknoir2
Why May 5th? Why not now? I thought Jaime was all about disclosure...

Dr. Greer is also all about disclosure but it does not stop him from charging 1500 a pop for people to come out to his ranch to look at lights in the sky.

Mr Spirit is a partner of Mr Maussan.

It sounds like you are in a bit of a rut. Try drinking WIld Turkey 101 every other day.