!NASA Finds Mysterious Bright Spot on Dwarf Planet Ceres ! What Is It?

posted on Jan, 24 2015 @ 02:25 PM
link
Whaaaat?
OK it's probably a impact crater exposing clean water ice but :O :O :O could it be a city on the surface of dwarf planet?
(Please be a city! Please be a city! ) Is this bright spot is artificially made structure?

Joking aside, What IS IT? I love how Dawn hasn't even arrived yet and already we have a new mystery to solve ! Go ATS, best deducers on the internet.

"Yes, we can confirm that it is something on Ceres that reflects more sunlight, but what that is remains a mystery," Marc Rayman, mission director and chief engineer for the Dawn mission, told Space.com in an email.

Now that's an interesting mystery , it's probably a beacon saying stay away , here be monsters

originally posted by: EnigmaAgent
Could it be a small moon?

I think not. If it was a geostationary moon, at this distance it would have fallen on Ceres.

posted on Jan, 24 2015 @ 02:40 PM
link
The dark features on Ceres are moving in the same direction and at the same rate as the bright spot, upward and to the right, in these images. Ceres axis of rotation is along a slanting line from lower right to upper left.

Probably a giant boulder of some different material.

Could it be dust after an impact that causes that kind of reflection?

I think the answer could be here

I don't see impact ejecta around the bright patch. But to be fair, perhaps the resolution is just too low.

posted on Jan, 24 2015 @ 03:01 PM
link
Probably not dust from an impact. The Hubble SpaceTelescope saw this same bright spot in 2008. The dust would have settled by now. Probably not a impact crater exposing ice, either. That bright spot is 30 miles across, judging by its apparent size in the images, as against the 590 mile diameter of Ceres. An impact large enough to do that would be very rare, which means it would presumably be very old. The exposed ice would very probably have sublimed away by now.

posted on Jan, 24 2015 @ 04:06 PM
link
NASA believes Ceres has a thick layer of water ice beneath its surface, so maybe that is the ice showing through a hole in the surface, or a place where the ice layer is exposed for some other reason. 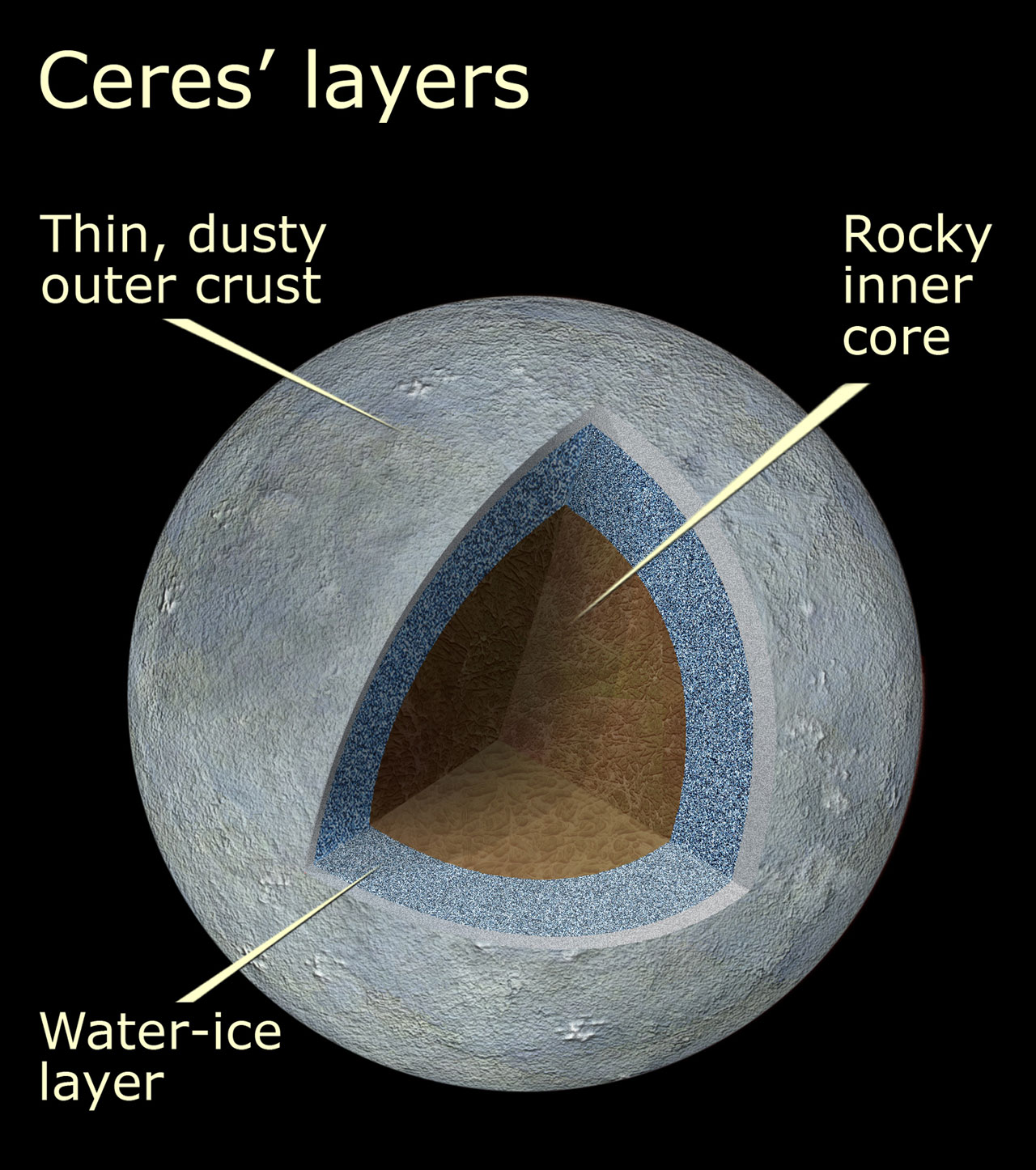 posted on Jan, 24 2015 @ 05:45 PM
link
They certainly won't reveal the truth but that planet has an advanced ET civilization and I do hope hidden from their eyes.