Well, on the one hand Hollywood would love for the people of the world to believe that the Oscars are supposed to be decided upon by way of the merits of a movie, or an actors performance, rather than on any other basis. Frankly, I am pretty certain that tinsel town is rather more politic than that, just not quite in the sort of way that would make a difference to the situation as Al Sharpton sees it.

So, while it would be nice to be able to say with confidence that the nominations for the Oscars are made purely on the merits of a movie or performance, or any of the other metrics commonly referred to when discussing movie rating, I cannot possibly say that with any certainty. That said, it is perfectly possible that without any bias what so ever, there just might not have been any performances by persons outside of the demographic containing "white" folk, which were of a high enough standard this year, to attract a gong of some sort, not that white is even an actual skin tone, unless one happens to be suffering from the effects of exsanguination. Most folks considered white are either a little tanned, or somewhat pink, or sprayed with freckles and ruddy faced. Bloody stupid descriptions we apply to one another.

I could understand his ire, if an African American actor had been hailed by every critic as having put in the best performance of the decade in a movie, and had been snubbed by the nominations people, but that just has not been the case this season. That said, I am a terrible curmudgeon, and do not rate actors much in and of themselves. Directors on the other hand, those are people worth respecting. You can assemble a cast of total morons, but if they are well directed, they will win awards, the film will make money, and all will be gravy. You can assemble the best cast ever collected on one film set, but if the directing is poor, then the movie will generally be a total disaster.

Lets face it, actors do not make movies. They are puppets, and puppets do not provide the drama, the puppet masters do.

posted on Jan, 16 2015 @ 10:34 AM
link
They're all pissed because Oprah Winfrey's Big Baby, Selma, wasn't recognized enough. You know Obama is having that movie specially screened for him in the White House.

posted on Jan, 16 2015 @ 10:35 AM
link
The problem with Al is that he has a vested interested. If racism magically disappeared overnight, he'd immediately lose any relevance he has.

i have never actually witnessed someone use "Exsanguination" in a sentence before! lol
you have earned my interest in your writing, henceforth, if for no other reason than expanding my vocabulary of snooty english terms that dazzle and impress commoners such as myself.

I bet al has no problems with bet awards though does he.

Must be nice to belong to a race of people that get all their own stuff, and then gets everyone elses also.

I wouldnt know, my people dont get an advocacy group, because they are white.

Irish were treated way worse way longer, but hey they are white, it doesnt matter, they were born with white privilege.

Why anyone pays any attention to Hollywood is beyond me.

Actually, that isn't true. The masses have been trained to 'look over here'. Pay no attention to the sinking ship, there are no blacks in the Oscars!

The brain dead masses worship at the feet of Hollywood. 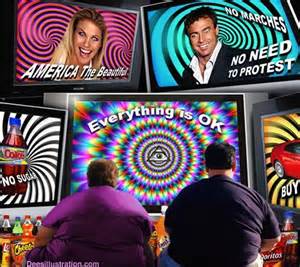 posted on Jan, 16 2015 @ 10:42 AM
link
The fact that this even a thing is an issue is a testament to racism is very real!
Why the hell does it matter what colour our skin is, what culture people are from?
Sometimes I hate living in this world.

posted on Jan, 16 2015 @ 10:44 AM
link
the thought just crossed my mind that there be a line forming in the sand over whether the black actor is a muslim or not or a christian or not (both are apparently unpopular with the hollywood gang, although i think they might like muslims a bit more than christians at this point lol)
edit on 16-1-2015 by undo because: (no reason given)

posted on Jan, 16 2015 @ 10:45 AM
link
It is totally getting out of hand. This ridiculousness of being afraid of some label being slapped on you because you don't do what the Sharptons and Obamas of the world think you need to do is becoming a phobia.

Why not? You have homophobia and Islamaphobia. Why not a phobia that describes the fear of being labeled racist?

posted on Jan, 16 2015 @ 10:45 AM
link
Maybe Al should watch the movie Selma before complaining. The movie was honestly not that good or well directed. Why would you want to lower the standards?

posted on Jan, 16 2015 @ 10:45 AM
link
Apparently it just wasn't ENOUGH recognition or the RIGHT recognition. So many eggshells, ugh. I think it's more representative of the crowd that produces/writes/directs, it's a bunch of white men so the work is more a reflection of them. Just like people getting upset there aren't more or enough women in leading roles. It's the same thing, most directors/producers/writers seek out projects they relate to and most are white men.

It's exhausting how everyone expects everything to be all inclusive all of the time, with no effort from themselves aside from whining and claiming inequality. A world full of whiny kids, jeeze!


As they say, the more things change, the more they stay the same. The biggest Oscar news Thursday was that the powerful Martin Luther King Jr. biopic Selma managed nominations only for Best Picture and Best Song while being snubbed in all the other major categories, most notably Best Director (Ava DuVernay) and Best Actor (David Oyelowo). Lee, who said Selma and Birdman were the two best films he saw last year, seemed annoyed but not surprised.

posted on Jan, 16 2015 @ 10:46 AM
link
Al needs to get back under Obama's desk. Until he starts addressing real issues, such as black on black crimes here in America or book haram for example, the man has no credibility.

originally posted by: theantediluvian
The problem with Al is that he has a vested interested. If racism magically disappeared overnight, he'd immediately lose any relevance he has.

Why not throw religion into your mix while you're at it.

Never hurts to add more wood to the fire eh.

Hollywood is full of ultra Progressives !!!!!!!

originally posted by: BerenstEiner
There are a few great black actors out there.

But the great "black stories" are lacking.

I'm sure we can write a story in any genre and make the hero black. The problem is that the worlds population can not relate to black people at all.


I disagree with you on this part. There are a great many great black actors. They are not given the opportunity to perform in movies as actors, not just black actors. The stories they are mainly moved toward are not mainstream movies. For some reason, they are only applauded when they portray civil rights characters, blacks in the struggles of slavery, or some crazy theme movie about gangsta's.

Another thing is Oprah and Whoopie. They are not great actresses. With such a wide list of great black actors out there, these two are put forth as the great ones. Not in most peoples minds.

Black actors need to start refusing roles in these kind of movies, and demand to star in movies that don't portray them as slaves or civil rights pioneers. Don't accept a role in these movies that aim to denigrate them, and move more mainstream.

I know some of these movies have a strong message, They are just not blockbusters. Why? This is 2015, and most people would rather see a movie highlighting how far we have come, and how the black community has moved forward, not backwards. Yes we still have a ways to go, but we need to focus on this.

This is just my opinion, and I hope people see this as it was intended.

originally posted by: Hoosierdaddy71
Why is it that Al Sharpton doesn't have a problem with a basketball team being all black but has a problem with something being all white?
The black players earned their spot by performance, so did the actors.

It's not hypocritical at all when you think about it.

He's like a race turn around expert. He gets paid a consulting fee to help businesses with their PR in the black community. Basketball teams don't need help in that area.

Even if he is right, & his profiteering aside...

He is still just perpetuating the Myth that the Oscars are not completely fixed & also absolutely meaningless in the real World...


This is what leads young people to Celebrity Worship & Idolatry...

One of the biggest problems with the younger generations today...

& he is worried about Hollywood... The Black community, who he "cares" for, & everyone else would be better off without that paedophile filled sacrificial alter of filth.

& has he mentioned all the Biblical films with White leading roles?
I doubt it...

I'm pissed The LEGO movie didn't get a nomination...

i don't agree that they aren't pursuing or given awesome roles that aren't related to civil rights.

or the tv show JULIA, starring Diahann Carroll? I use to watch that show all the time as a kid.